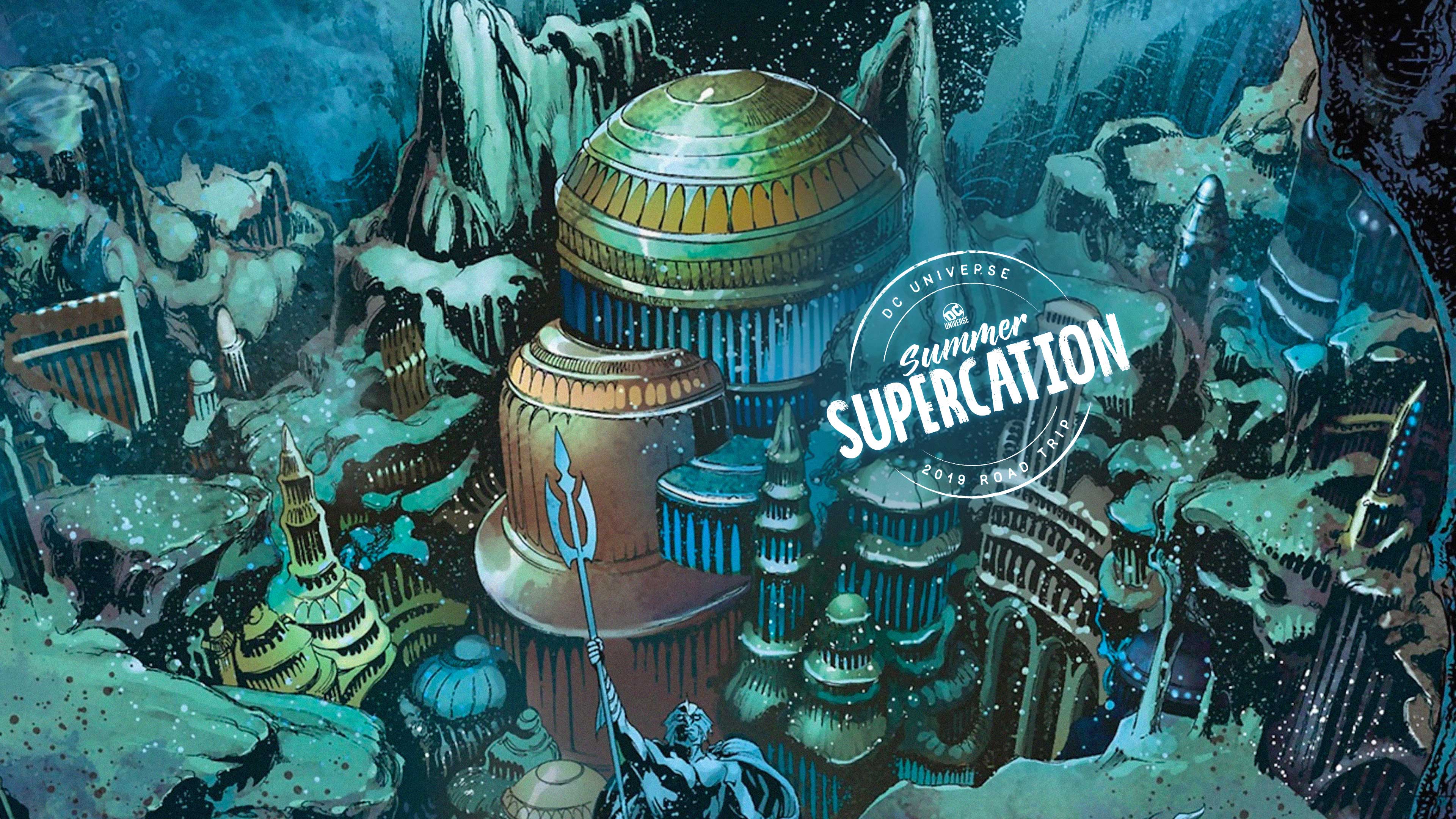 5 Amazing Things to See and Do in Atlantis

Welcome, seafarers, to the storied kingdom of Atlantis! For untold millennia, this undersea utopia of magic and technology has occupied our imagination, long after its withdrawal from the surface world. For most of recorded human history, the Atlanteans allowed us to believe our legends of their existence were, indeed, just legends. But with the ascendancy of the half-human King Orin to the throne, a new age of outreach between the worlds of land and sea has begun. Your visit to Atlantis this week marks an historic moment in Human-Atlantean relations, as the kingdom opens itself up to the public... at least for now. Other claimants to the throne, such as the king’s brother Orm and the working class champion Corum Rath, would prefer to keep their borders closed. So while the kingdom is at peace, we find ourselves with a rare opportunity. Due to its extreme secrecy, much of what Atlantis has to offer remains a mystery even to us. But even with our limited knowledge of its wonders, we should be able to bring you some sights you’ll never forget.

GET YOUR GROOVE ON 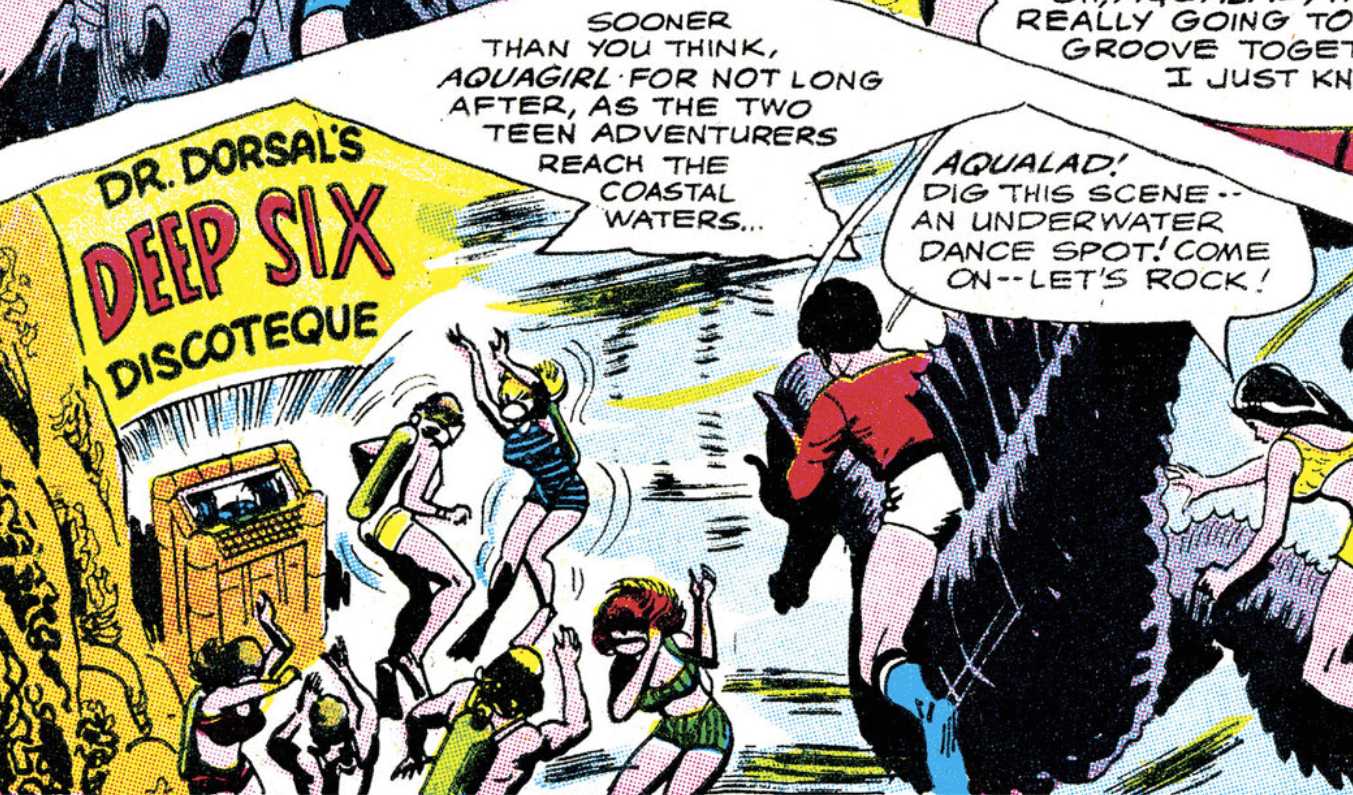 Here in Atlantis, you’ll discover that disco never truly died: it just sank twenty thousand leagues under the sea. For an exciting, romantic night on the dance shore, pick up your sweetie on a giant seahorse and head over to the Deep-Six-A-Go-Go, the grooviest underwater discotheque in Poseidonis — not to mention the site of the original Aqualad and Aquagirl’s first date. Minding the turntables is Dr. Dorsal, a washed up aqua-rogue who founded the club to hypnotize its patrons for his evil bidding. But not to worry: after serving some hard time in the Aquarium, the only command you’ll obey is to boogie ‘til the tide rolls in. 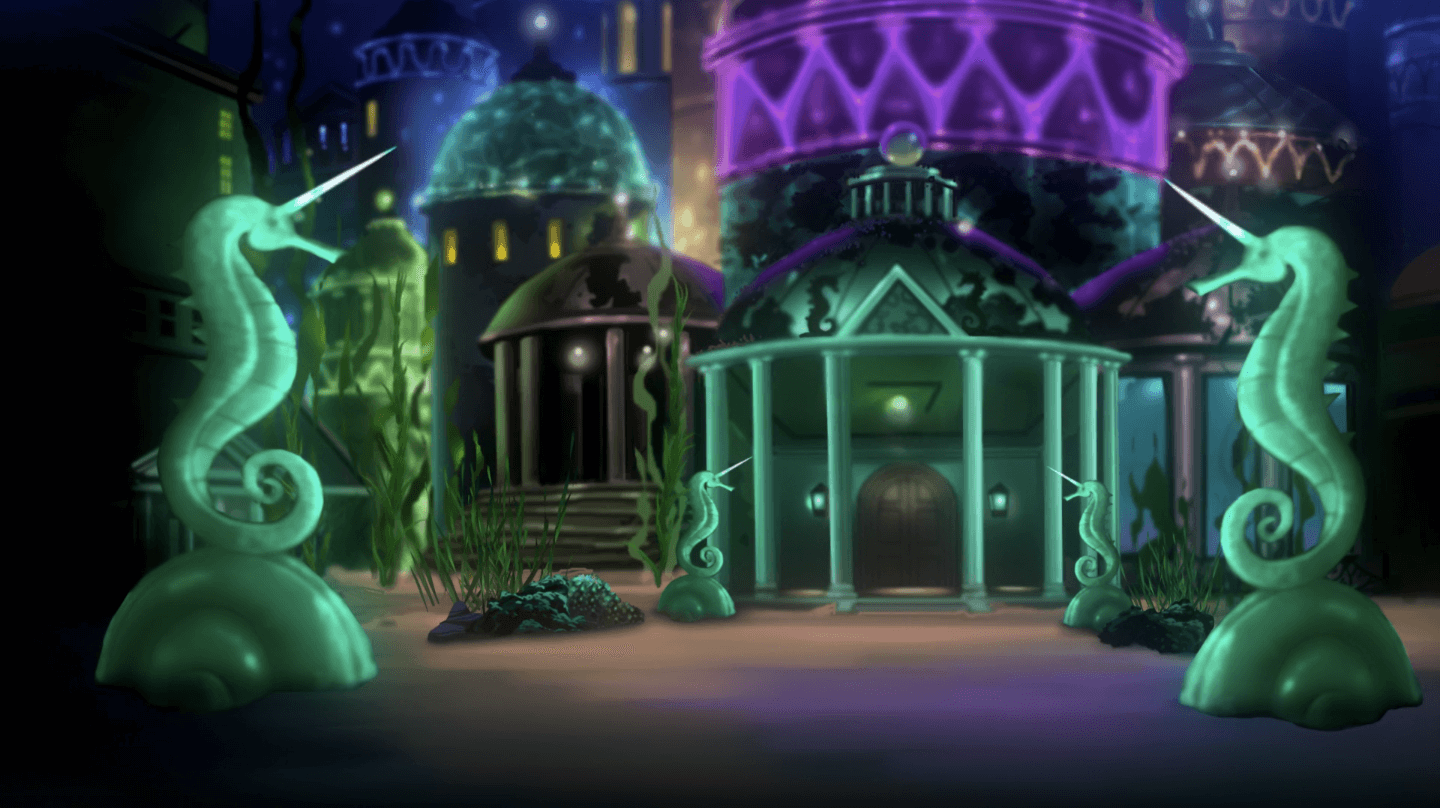 At least according to their own tradition, the birthplace of all magic in the world that we have ever known can be traced back to the ancient mage-kings of Atlantis. When you live amongst Atlanteans for even a short time, this becomes easy to believe: in no other civilization on Earth can homo magi, natural magic wielders, be found in such abundance. The arts of telepathy and aquakinesis inform a great deal of Atlantean culture, and it’s common practice for gifted Atlanteans to study and hone their craft in their magical academies: none so prestigious as the Silent School, whose magisters some claim to be the true power behind the throne. Of course, that may just be a fish tale. 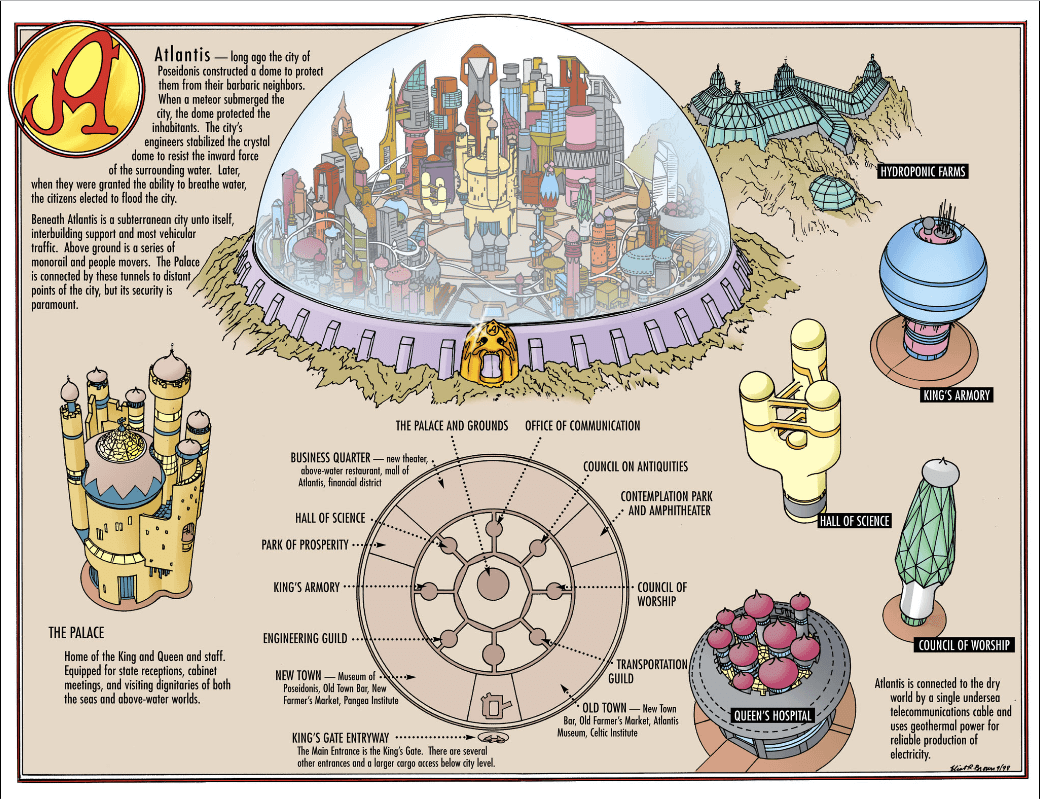 Atlantis isn’t just a place of magic, but advanced scientific research and innovation as well. At the Atlantean Science Center, led by the king’s close advisor Nuidis Vulko, you’ll discover all the technological and biological inventions which allowed Atlanteans to adapt to life under the sea. Contrary to popular belief, it was not magic or gradual evolution which granted the people of Atlantis the ability to breathe underwater, but a secret formula developed in the Hall of Science. Most surprising to outsiders may be their space exploration program… which recently celebrated its 50,000th anniversary of operation. Some Atlantean genealogists theorize that the humanoid races of planets like Rann, Thanagar, and even Krypton are descendants of interstellar Atlantean settlers. Of course, separating the truth from Atlantean propaganda can be difficult, but we do admit it’s a little bit of a strange coincidence that so many alien species look almost exactly like us.

CHECK OUT THE ARMORY 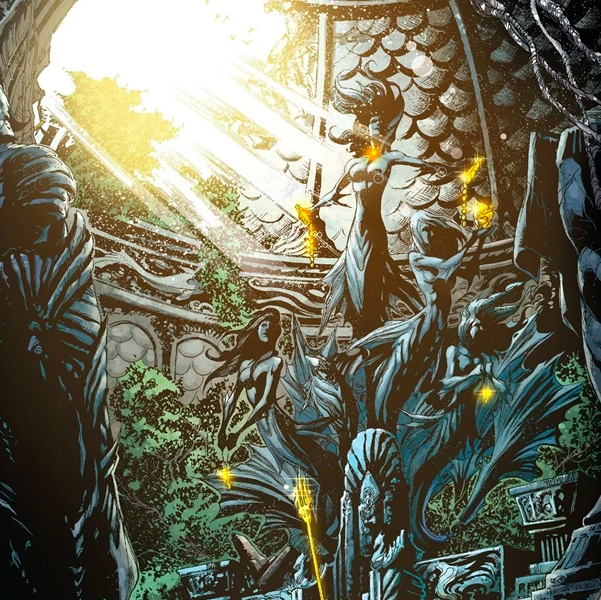 As the central power responsible for 70% of the Earth’s surface, let alone its depths, it takes more than magic and technology to protect the ocean realm -- it takes serious firepower as well. The King’s Armory is where you’ll find all the greatest weapons and artifacts that keep Atlantis and its many colonies safe from outside threats. Most famous of all these treasures is the Trident of Neptune, never far from the king’s grasp, with the power to dispel magic and wound the gods themselves. But that’s just where it starts. Deep in the king’s vaults you can find a scepter that generates earthquakes, impenetrable force field generators, a key that opens any lock… and many more whose powers are still classified to surface dwellers. We have been advised to inform you the vicious rumors that Atlantis possesses some means of flooding coastal cities in the event of a war with the surface are completely unsubstantiated. No matter what Batman may say.

HAIL TO THE KING 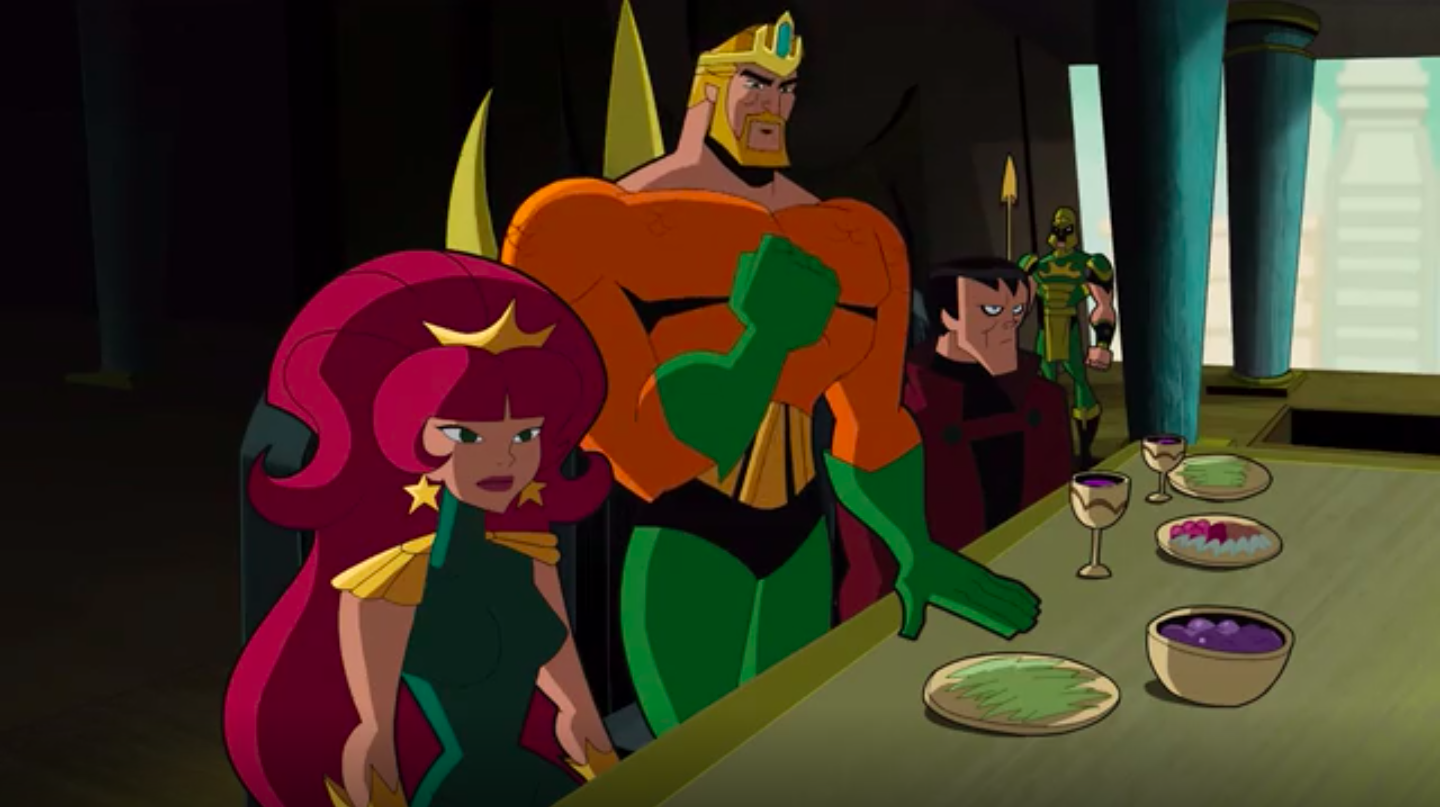 While the secrets of Atlantis are still far from completely uncovered, some anthropologists theorize that the Atlantean monarchy can be traced back at least 80,000 years, perhaps making it the oldest continuous government on Earth. Naturally, the Atlantean Royal Palace stands taller than any other building in Atlantis, as the ultimate seat of power in the seven undersea kingdoms. Here, the king and queen meet with their court, address the concerns of their people, and hold bountiful banquets in honor of family, friends, and their prodigious history -- and to relay tales of the king’s successful adventures. We do recommend you book your time in Atlantis to coincide with a royal feast, if at all possible. After all, if you’ve never been to an Atlantean banquet, there’s only one word we can use to describe it: OUTRAGEOUS!

Where are you looking forward to seeing in Atlantis? Let us know in our Community!