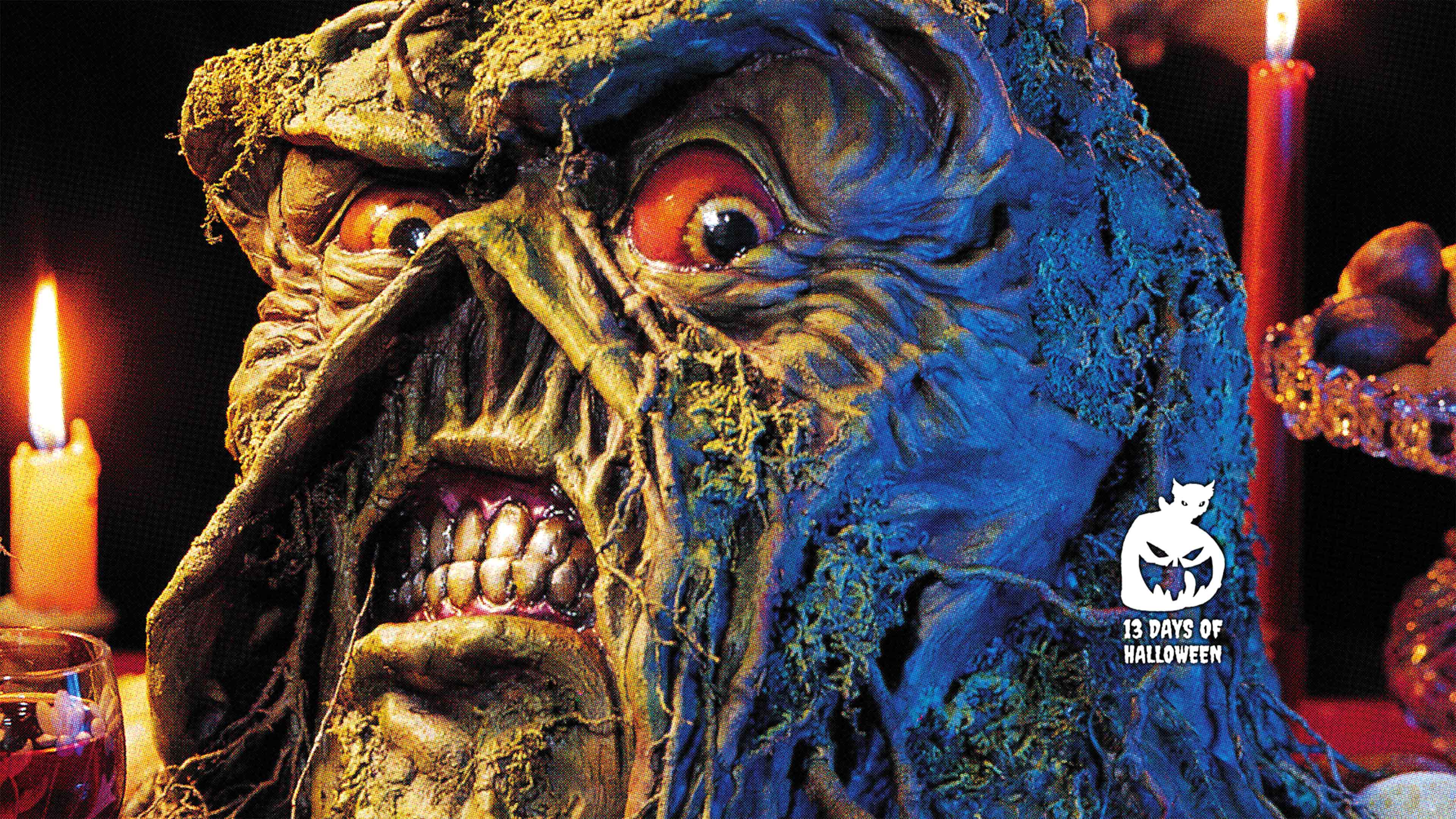 Our 13 Days of Halloween celebration continues, and today we’re taking a look at a tale of horror from Swamp Thing #159 called “Swamp Dog.” It’s a story of horror. It’s a story of a boy and his dog. It’s a story about a dinner party, and one of the most disturbing Swamp Thing stories you’ll ever read. Let’s set the stage – or perhaps it'd be more appropriate to say “set the table.” 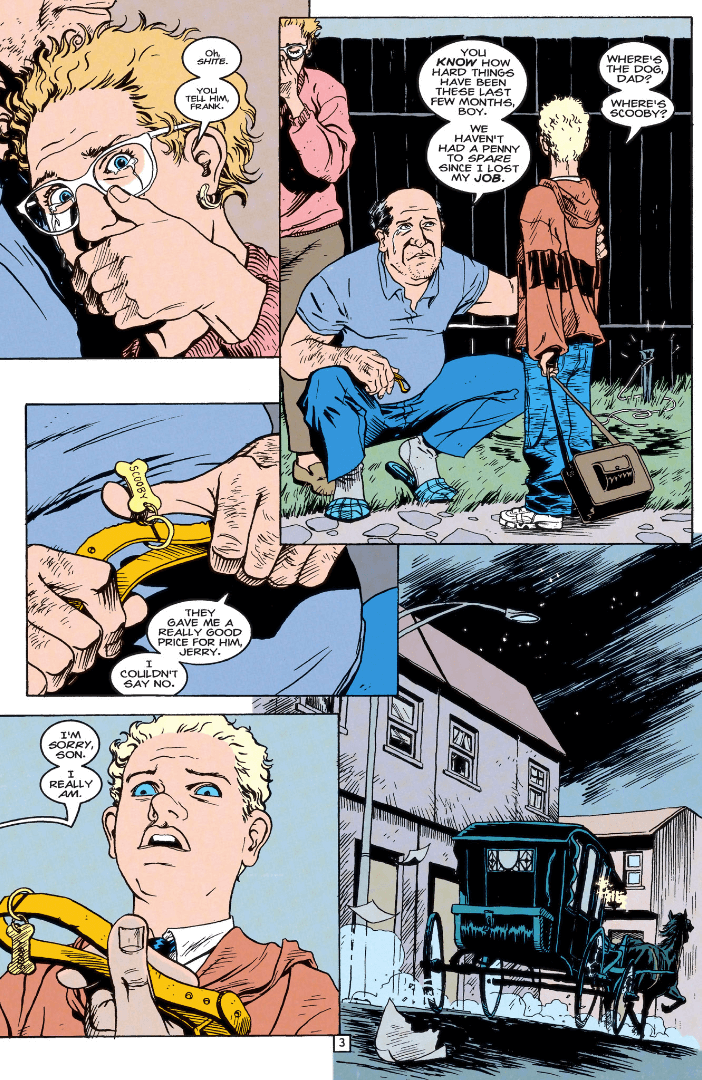 Meet Jerry. He’s a spunky child living in Scotland with his parents and his dog Scooby. Like most young boys, Jerry ADORES his dog. They’re the best of friends. Heartwarming right? Now get ready to have your heartbroken. One day Jerry came home and Scooby wasn’t there. His parents had fallen on hard economic times, so they sold Scooby to an eccentric rich person, leaving only his collar behind. Jerry was crushed, and I think every reader wants to yell at his parents right now. Hold onto that feeling, because you’ll hate Jerry’s parents even more as the story progresses. 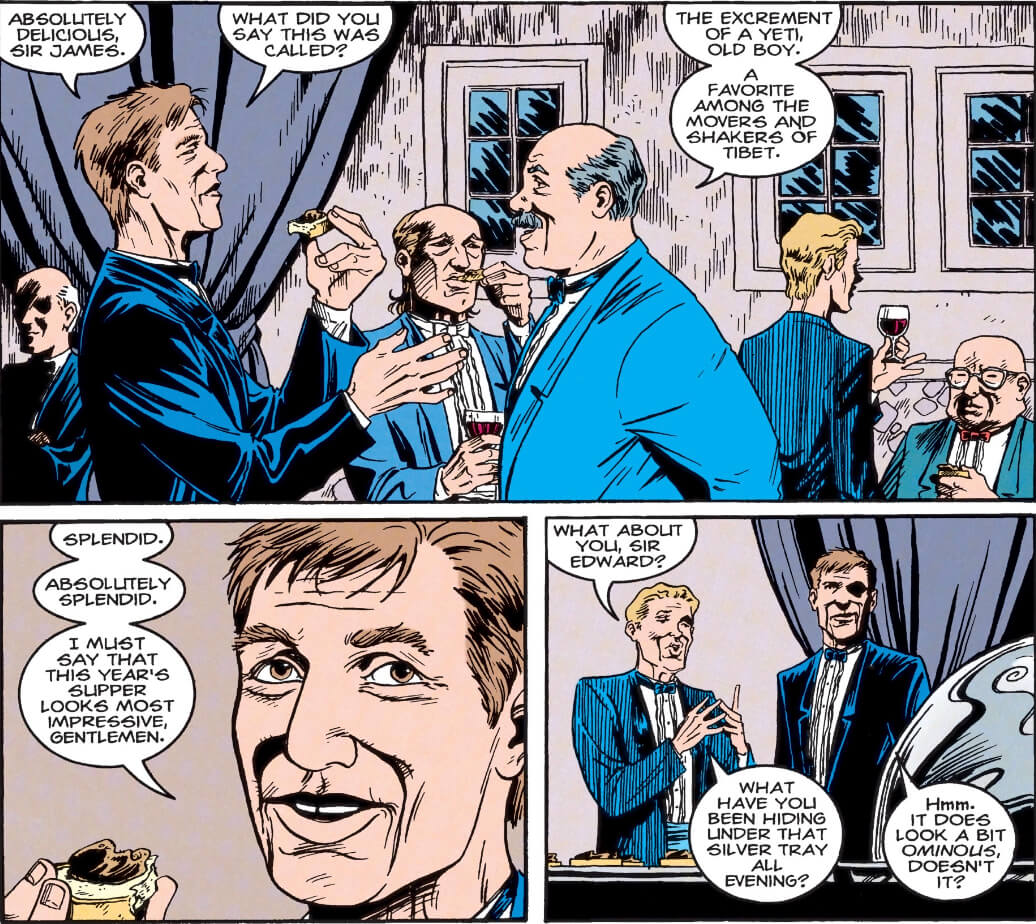 Now let’s meet the Dinner Club. It’s a group of eccentric and bored rich folks who meet on Good Friday every year. Each meeting they hold a feast, and each member is required to bring a dish that nobody has ever eaten before. If a member can’t bring a new dish, or refuses to eat one of the prepared meals, they are immediately expelled from the group.

As the years went on they had to get more creative with their meal choices. This is where the story gets worse folks, because we learn that poor Scooby was sacrificed to satisfy the hunger of these rich sickos. Jerry’s parents basically sold the family pet to be eaten. The sad part is, that isn’t even the worse thing they do in the story. 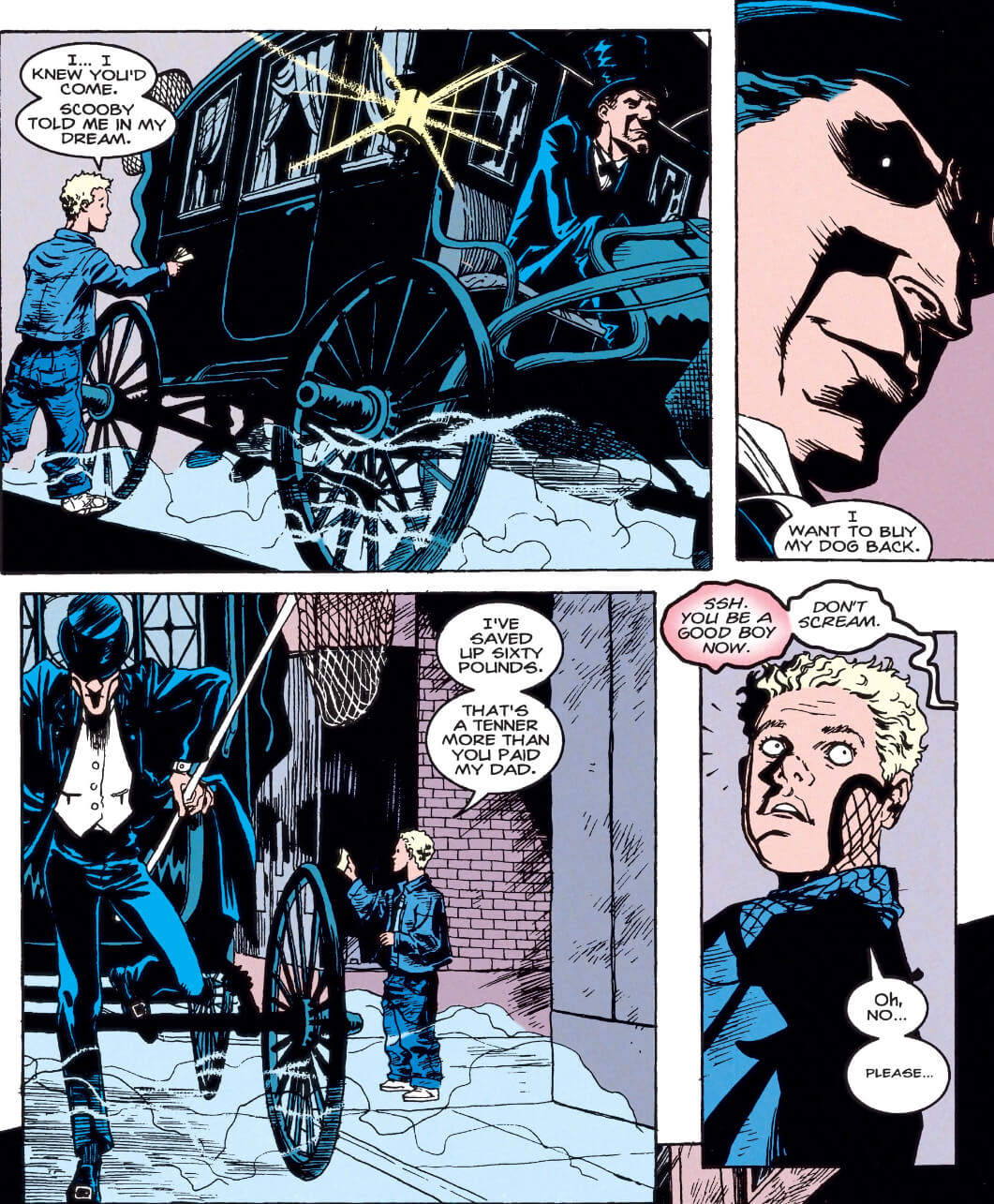 One year later, and Jerry hasn’t stopped looking for Scooby. He’s unaware of his poor dog’s fate, and one night while searching he’s abducted by a member of the Dinner Club. You see, they’re running out of new dishes, so one member presents Jerry as a potential meal. The boy cries and pleads, but he’s ignored. The Dinner Club ponders this dilemma. Surely they can’t resort to cannibalism and murder? But if they don’t eat Jerry, they’ll be expelled from their exclusive club, which is a fate unthinkable to the high society folks. 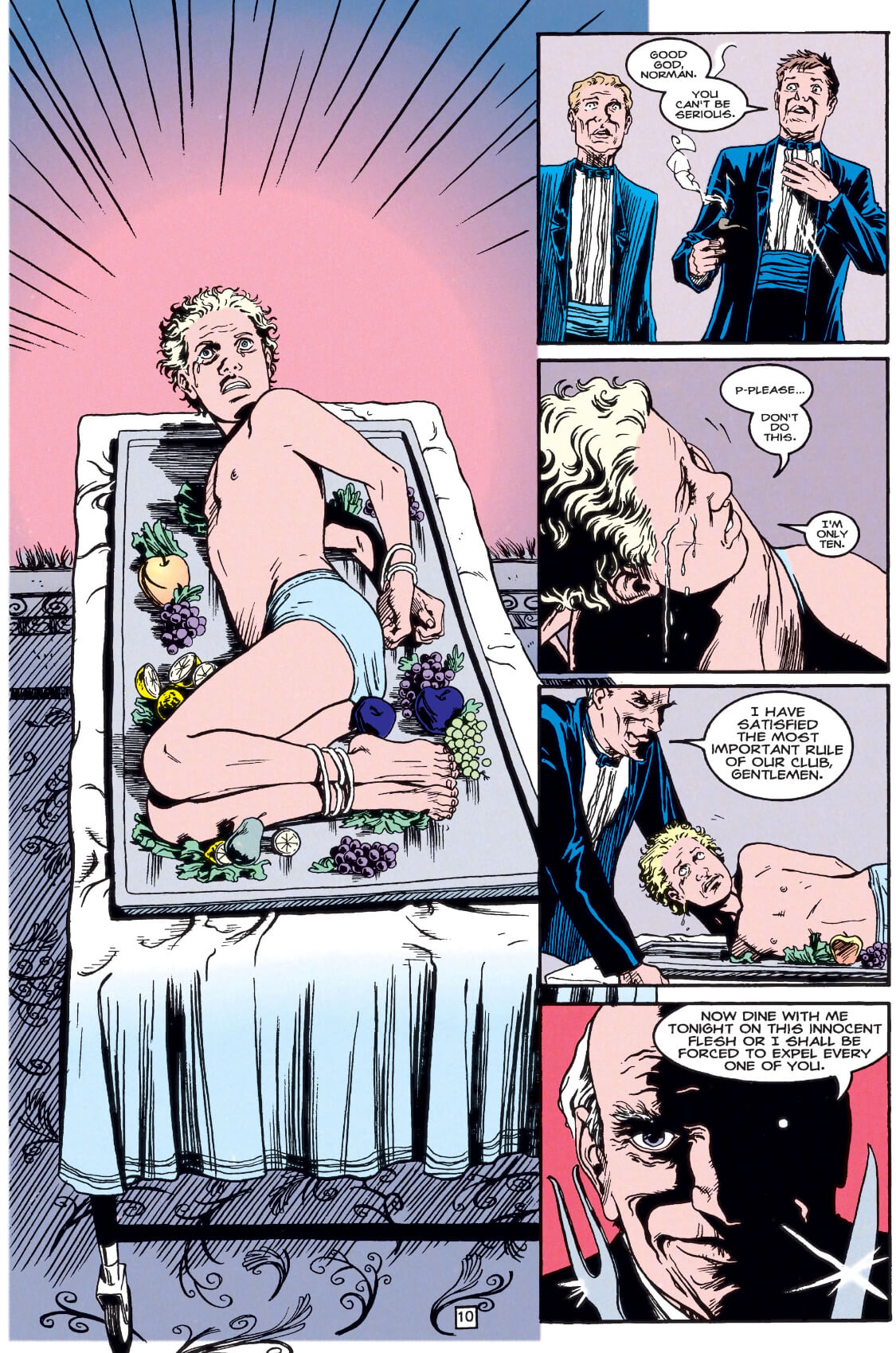 Poor Jerry is left tied up on the plate crying about his fate as his cries for help go unanswered. By now you might be asking “What does this story have to do with Swamp Thing” and that’s a surprise for the end. Just remember, there is no bond stronger than that of a young boy and his dog.

Check out Swamp Thing #159 to see how the story ends, and let Mark Millar take you on a journey of horror. Jill Thompson’s eerie penciling will haunt your nightmares, as she illustrates the evil nature of the Dinner Club, and your heart will cry when you see how she draws Jerry’s terrified face. This Halloween, make sure you’re only eating candy and not flesh. Trick or treat!

Have you read “Swamp Dog?” Let us know in our Community!