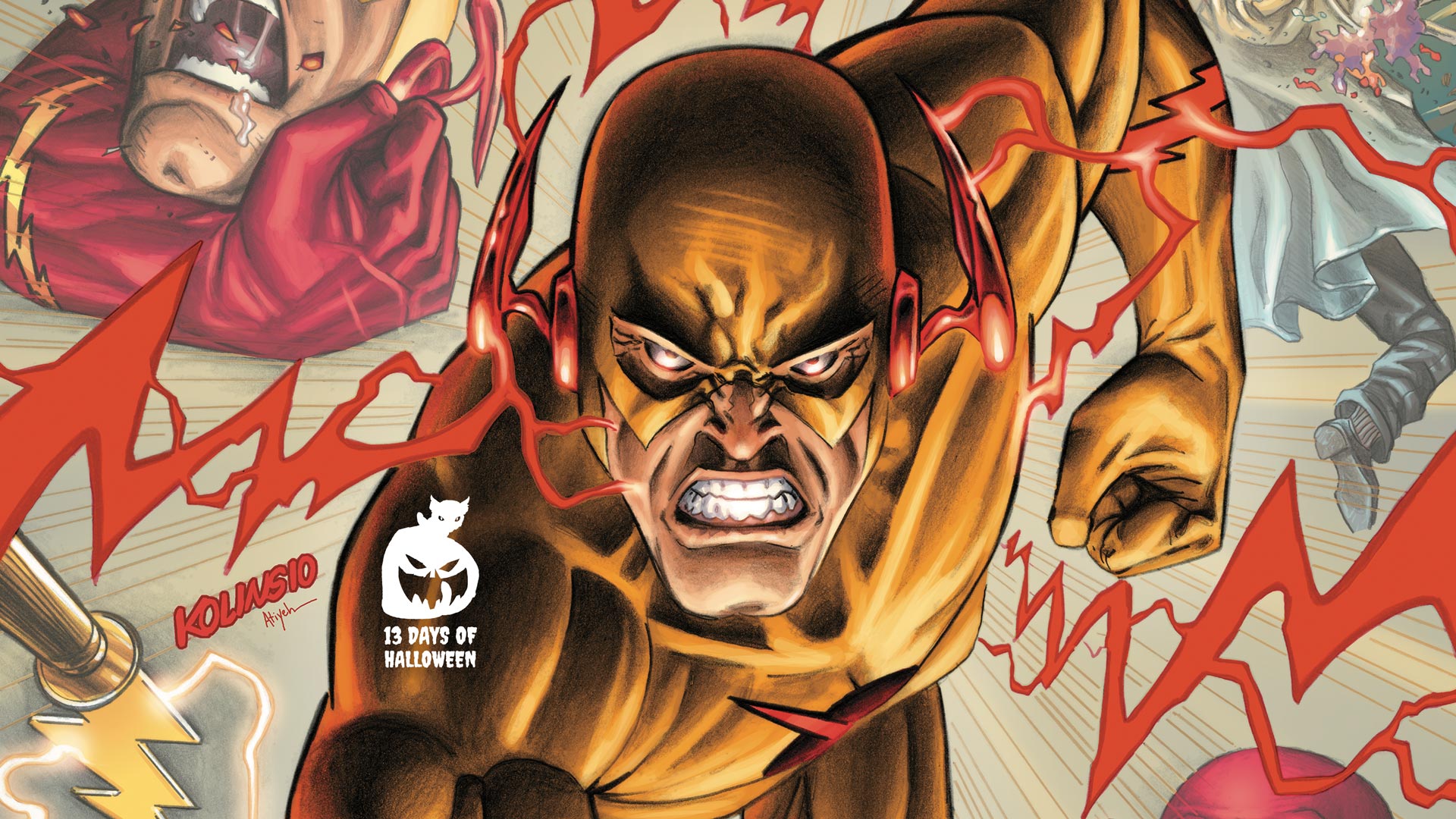 As we profile our favorite horror stories in the days leading up to Halloween, sometimes it’s best to look outside of the stream of horror anthologies and Batman villains. After all, some of the best scares are the ones which arrive unexpectedly. It may surprise you to learn that one of the best horror comics of the past decade was written in Geoff Johns’s The Flash #8 in 2010, as part of the set-up for the universe-bending ramifications of Flashpoint.

Intended as a dark mirror to the then-recent The Flash: Rebirth story which returned Barry Allen to the DC Universe after a decades-long absence since Crisis on Infinite Earths, this oneshot origin story was appropriately titled “Reverse Flash: Rebirth.” In the past, the Reverse Flash- or Professor Zoom- had proven one of The Flash’s most vicious enemies, utilizing Flash’s own time-bending powers with reckless abandon to destroy the life of his rival. In fact, the last major story arc featuring Barry Allen before his own demise battling the Anti-Monitor was a public trial for the murder of Reverse Flash after he had killed Barry’s wife, Iris.

But how could such a vile, hateful being as Reverse Flash come to be? Who was he, before he became fixated on Barry Allen? What was the Secret Origin of Eobard Thawne? 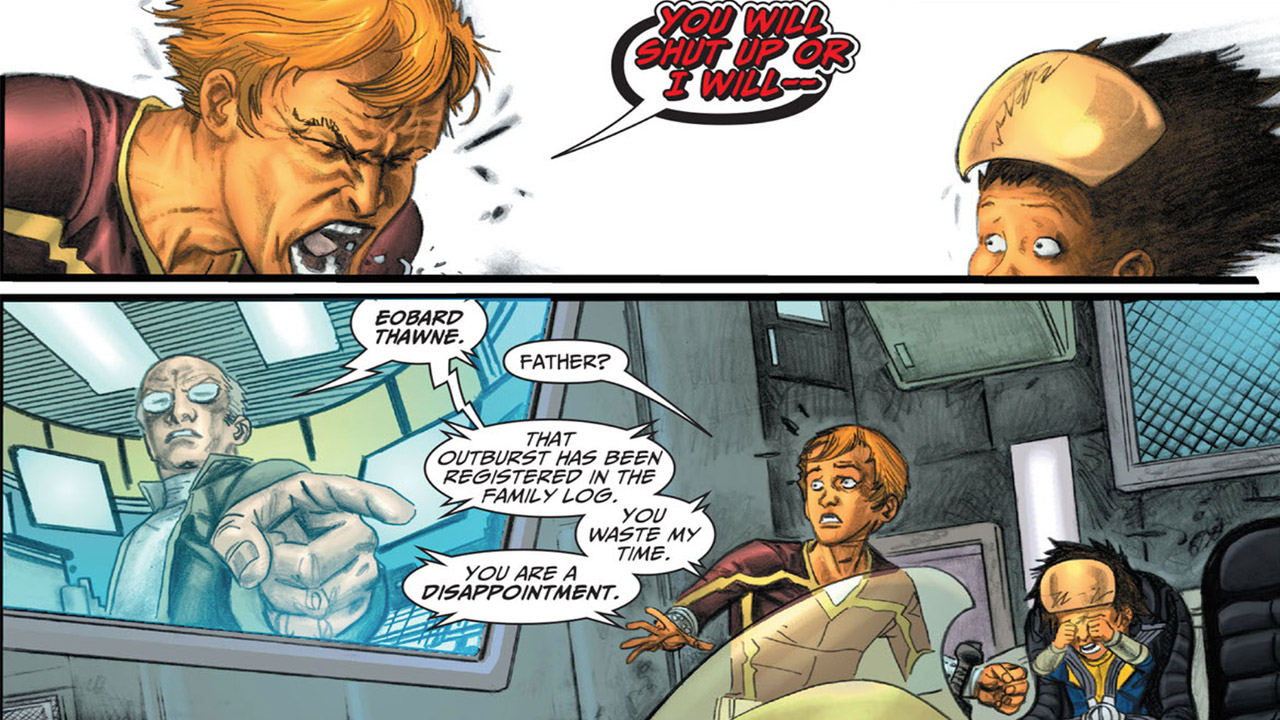 This is the question which The Flash #8 answers, in the most terrifying fashion. The issue presents a dystopian 25th century where time is the ultimate currency, and every second of one’s life is accounted for. To waste your own time, or heaven forbid someone else’s time, is the greatest crime imaginable. In this society where social progress is measured by minutes, Eobard turns to research of the long-forgotten Speed Force which powered Barry Allen—a way out of this suffocating nightmare by speeding up to meet the breakneck pace of a world which demanded efficiency at every turn. But in doing so, we learn that Thawne is the last person in the world you’d want to gain that power. 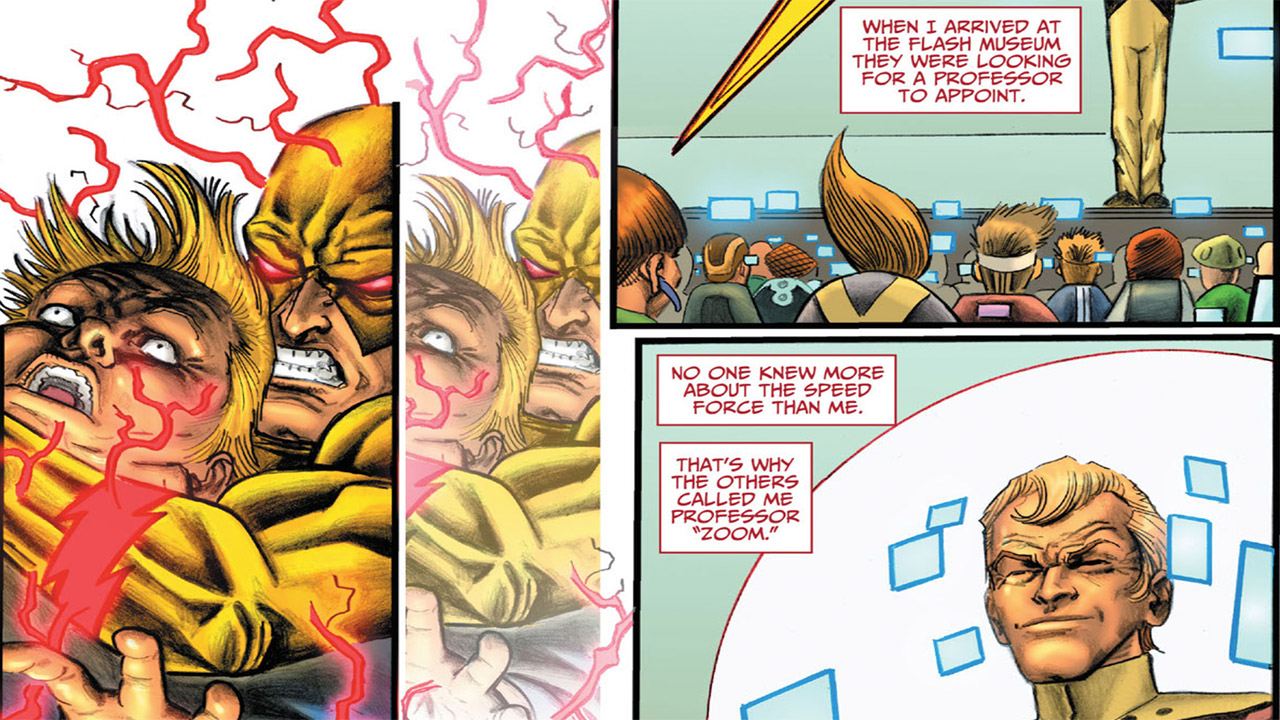 The Flash #8’s greatest trick is its masterful use of the unreliable narrator, with Thawne starting his story over every time something- or someone- gets in the way of his perfect little life. With a furious yellow blur, the timeline is suddenly altered as if the obstacle Thawne faces at any moment never even existed. No blood is spilled on the pages of “Reverse Flash: Rebirth.” No gore presented to ruin your lunch, or monsters any more physically terrifying than man himself. And yet, “Reverse Flash: Rebirth” is about something far more frightening than even death: the idea that should you inconvenience the wrong person, you might pay for it not just with your life, but the memory that you ever lived. We’d recommend you read this issue even if you have no familiarity with The Flash, or Reverse Flash. Even as a standalone tale, retcons have never been so scary.