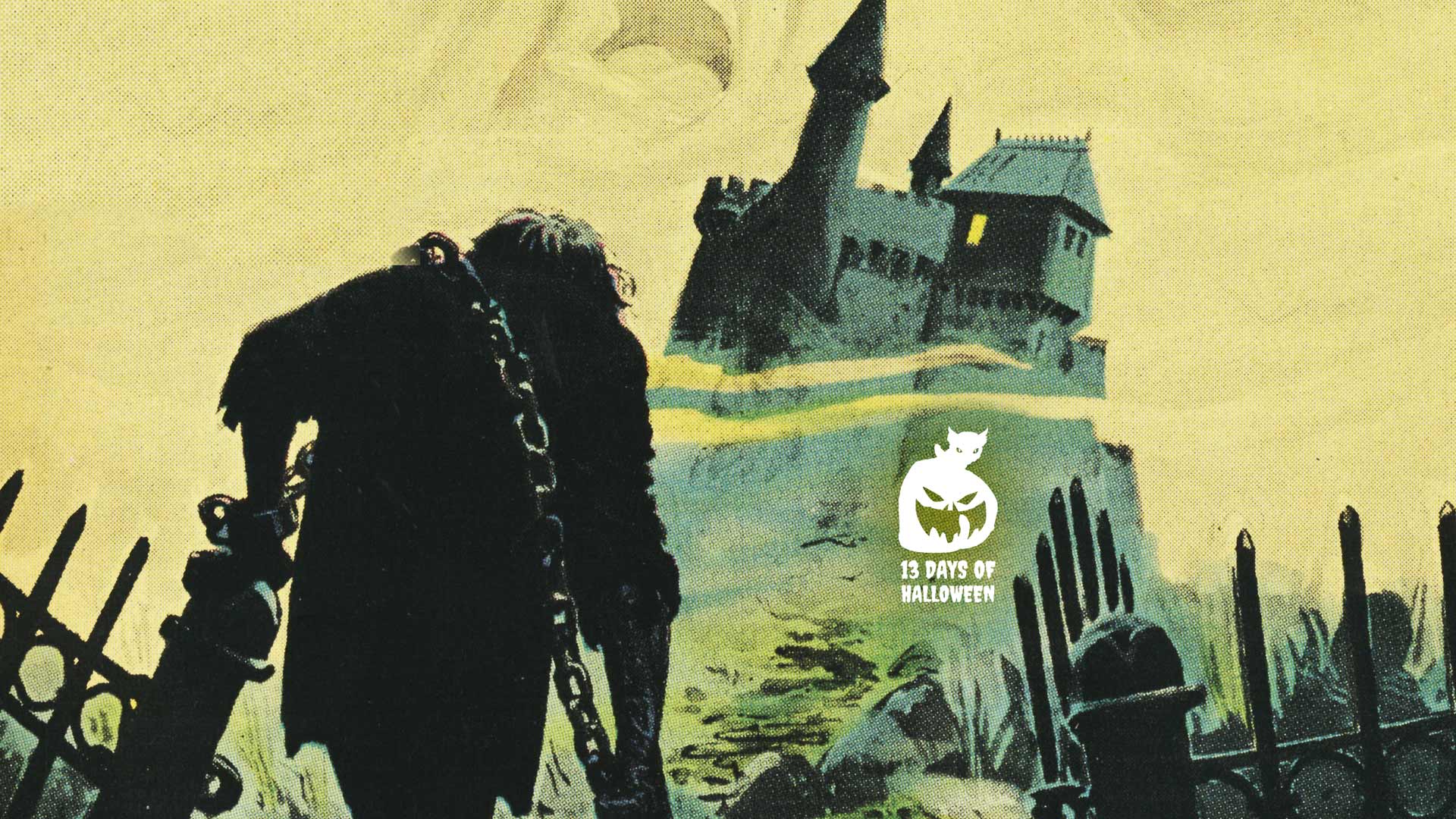 13 Days of Halloween: HOUSE OF SECRETS

Although DC Comics is known for its bevvy of superheroes, comic book companies back in the day provided outlets for all kinds of genre fiction. One of the more popular types of comic stories was horror, a genre that saw a revival in 1970s with the relenting of content strictures implemented through the Comics Code Authority. Supernatural stories depicting werewolves, vampires, and other kinds of popular monsters returned after years of dormancy. With this refreshed avenue of storytelling now available, DC revived an old anthology title from the 1950s and '60s, and repackaged The House of Secrets as a potpourri of horror stories.

The issues contained one-off features with the only continuing element being the narrator character Abel, a mysterious figure who told each tale to the reader whilst residing in the House of Secrets. The stories varied from Twilight Zone-esque morality tales of vanity and greed ending in ironic fates to stories of terror and cruelty. 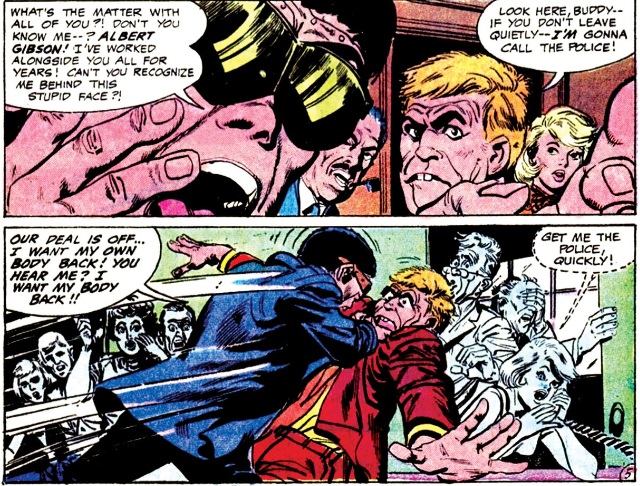 A typical issue of The House of Secrets is issue #94. The first story, “The Man with My Face”, tells the tale of one Albert Gibson, a gambler who, while on a business trip in Las Vegas, stupidly fritters away his entire $120,500 loan from his company at the local casinos. Desperate to win back his losses, he runs a-cropper of a mysterious fellow who offers him a lucky silver dollar. With the coin in his possession, Gilbert is promised that he’ll never lose at anything again. The price: he must trade bodies with the stranger. He agrees to the trade, and soon afterward is hit by a car. He survives but loses the coin in the process. Obsessed with regaining his good fortune, he finds the stranger and demands for a second coin, only to be hauled off to the insane asylum after the stranger in his body denies ever knowing him in the first place. The story ends with Abel admitting he has no knowledge of the stranger’s true identity as he missed out on that information when he first heard the tale himself. 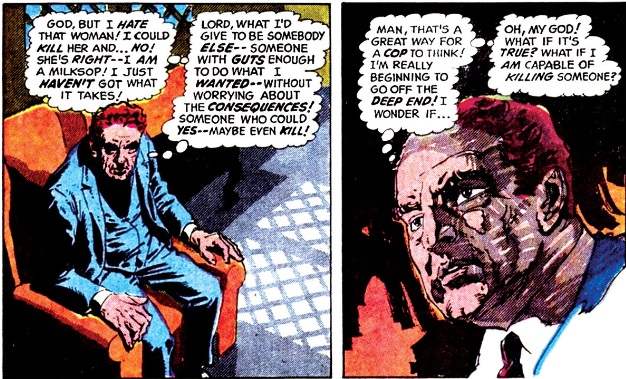 In the next story, “Hyde and Go Seek”, a detective who has blackouts from severe headaches is on the hunt for a serial killer who strangles young blonde women. The detective always returns home to his nagging, angry wife. The only person the policeman can confide in is his old friend, a scientist whose wife left him some time ago. The following night, the killer is captured, and the detective sees that his friend was the murderer all along, confessing that his science experiments created a split personality that accelerated his darkest aggressions. The dying killer tells his cop friend the location of the evil serum and begs that he destroy it. But when the cop returns home to his hateful wife, he gleefully quaffs down the serum, anxious to rid himself of his spouse and start his dark life anew. 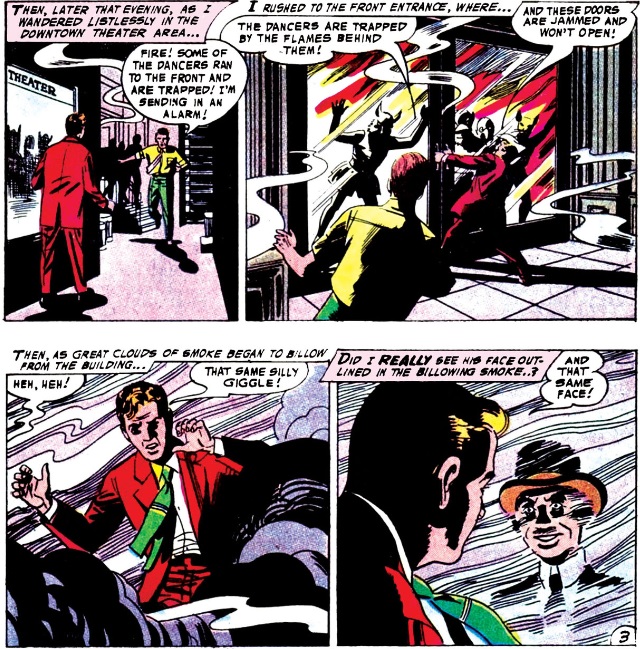 In “The Day Nobody Died”, an antsy surgeon is worried the operation he’s due to conduct tomorrow is beyond his capabilities to successfully complete. As he mopes, he witnesses disasters throughout the day averted with no casualties, while a creepy man stands in the background. With each disaster, the man predicts that there will be no deaths, despite his sinister presence. The surgeon is jubilant, and finds a nearby colleague, begging him to bring the creep to the hospital for luck the next day. The friend seemingly obliges, and the following surgery is a complete success. Yet it’s revealed that the person in attendance at the operation wasn’t the man on the street after all. The surgeon’s friend tells him that when he tracked down the stranger, the man said that he could not abide by the request and changes his look to a more villainous design. The friend tells the surgeon of the man’s true identity: the personification of death, taking his vacation. 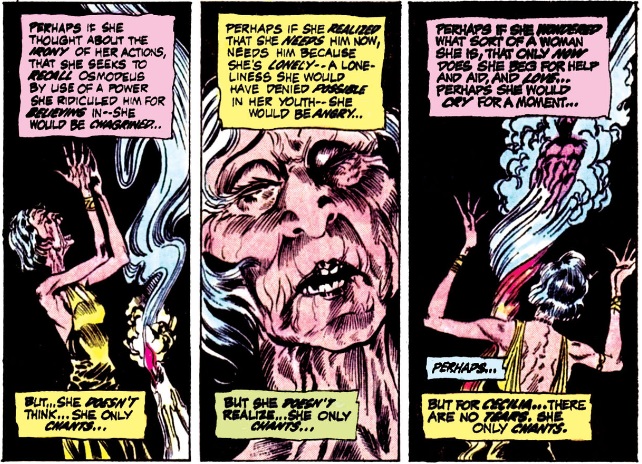 The final story, “Bottle of Incense – Whiff of the Past,” sees an old woman named Cecilia engage with black magic for the purpose of resurrecting an old lover. Through flashback we see that she was formerly a young, vivacious, and beautiful person – on the outside. On the inside she was cruel, greedy and malicious, using men for pleasure and coldly dumping them the next day. One night she encountered a Greek man who took her to a séance. Cecilia scoffed at the very idea of magic and ran off. The Greek followed her, only to get run over by a car. Cecilia mourned his death for decades, believing he truly loved her. As her spell bears fruit, she resurrects the Greek…only as a demonic monster who crushes her the moment he returns to the land of the living.

For more of this ghoulish goodness, check out the run of House of Secrets on DC Universe!

Are you a House of Secrets fan? Let us know in our Community!