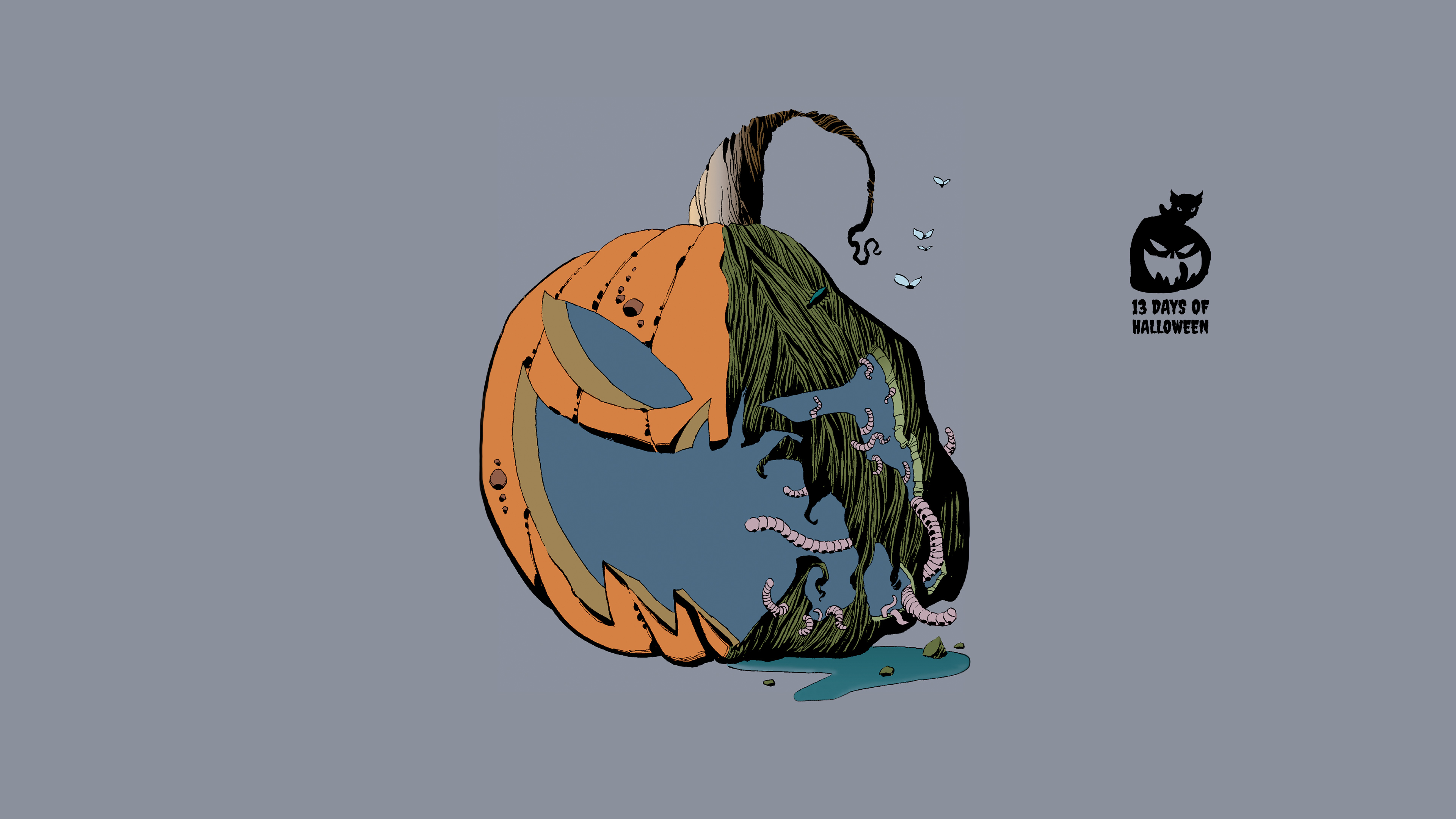 Halloween is only a few weeks away, and for the next 13 days we’ll be spotlighting some of the best horror comics in our library of over 23,000 titles. Read them with lights off or on, we won’t judge. But be prepared to get your pants scared off. Let’s kick the celebration off with the Jeph Loeb and Tim Sale classic Batman: The Long Halloween, a 13-issue limited series published in 1996... 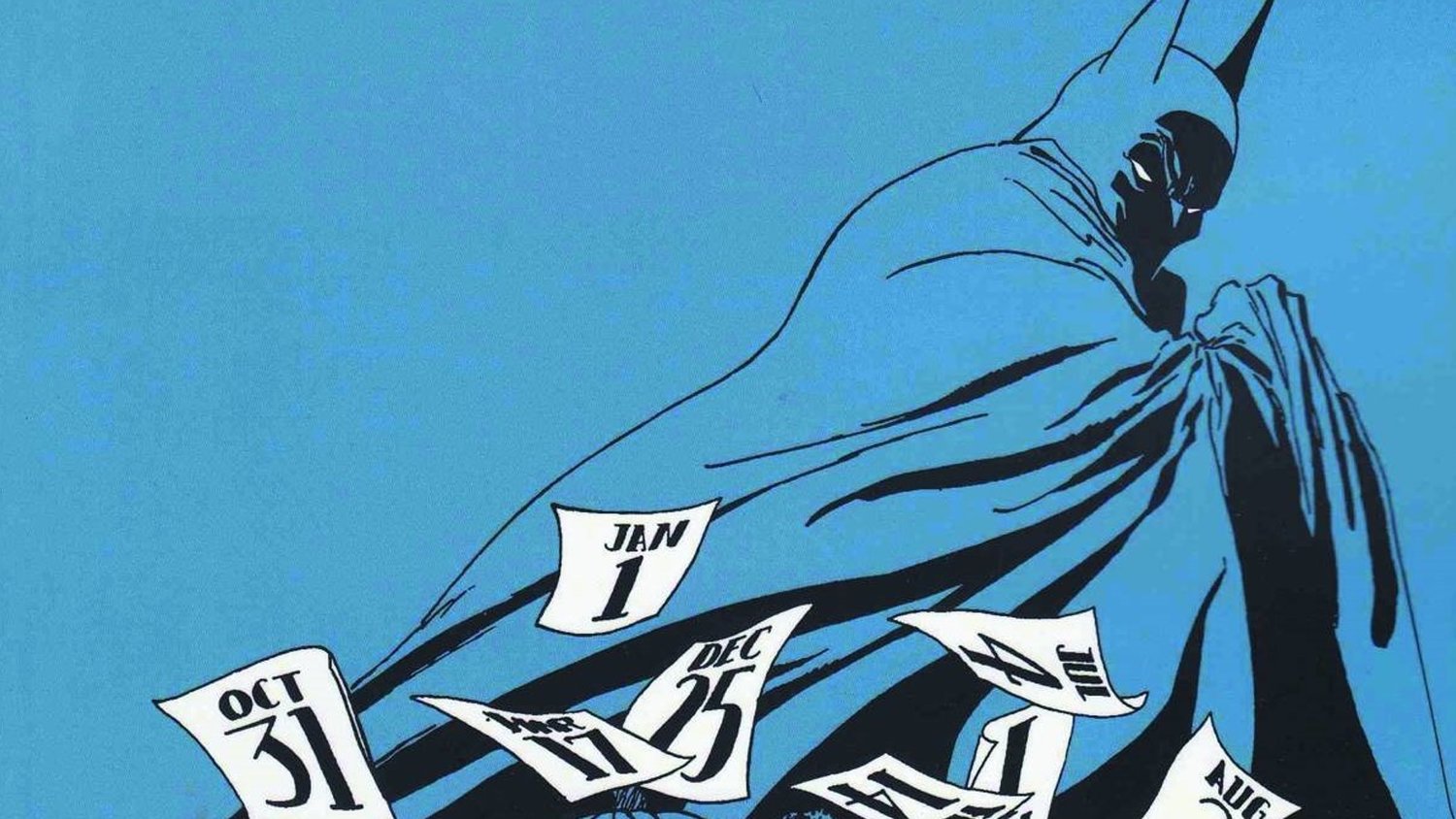 First of all, if you’re a fan of Batman: Year One, this is basically the sequel. The Long Halloween picks up many threads from the 1987 origin tale, including the Falcone crime family, Batman’s alliance with Harvey Dent, the Gordon marriage dynamics, and the return of Catwoman. Read the two stories back to back for a complete look at Batman's early days. 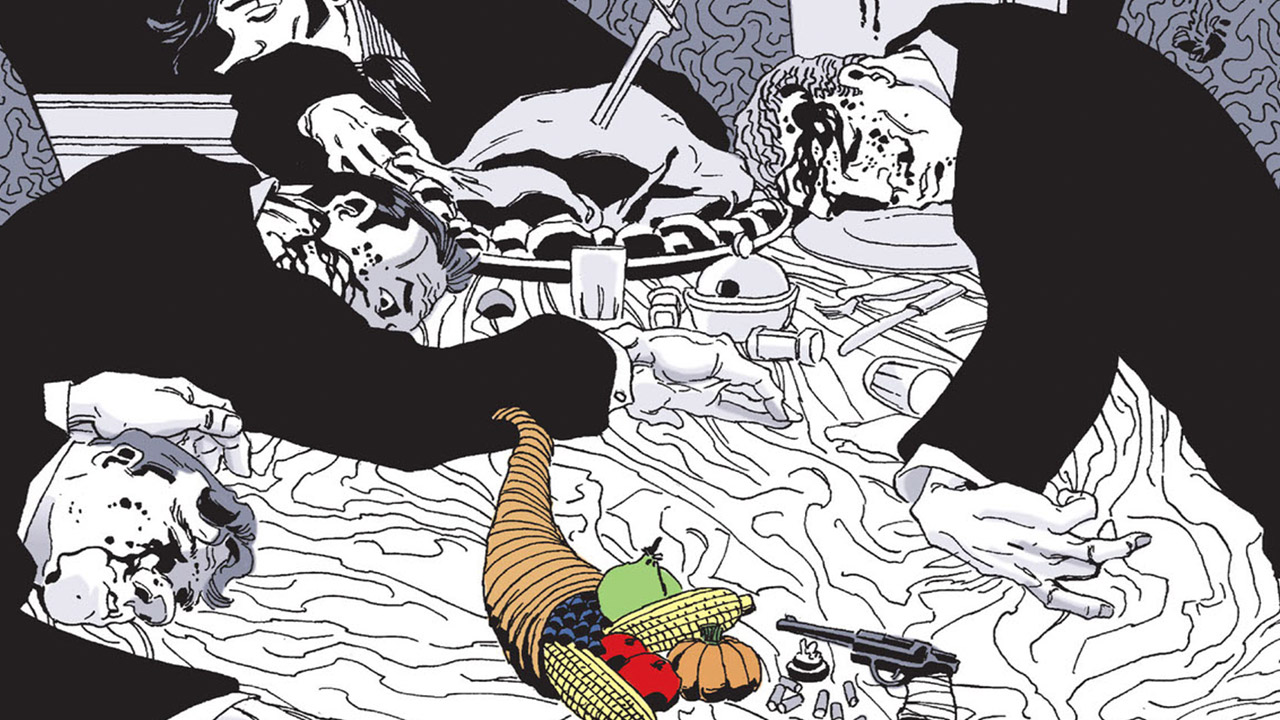 At the start of The Long Halloween, the golden age of Gotham’s crime families is coming to an end. Batman’s war on crime and Gordon’s crackdown on police corruption have slowly depleted the power Carmine Falcone and his mafia associates once had over the city. Things get a lot worse for the mob when their elite members began getting gutted by a mysterious killer. The murders happen once a month, and they always fall on holidays. Batman and the Gotham City Police Department dub this mysterious assassin "the Holiday Killer," and work tirelessly to uncover his identity. That’s right, folks -- this is part slasher flick, part mystery story, and it has Batman. What more could you want from a Halloween epic? 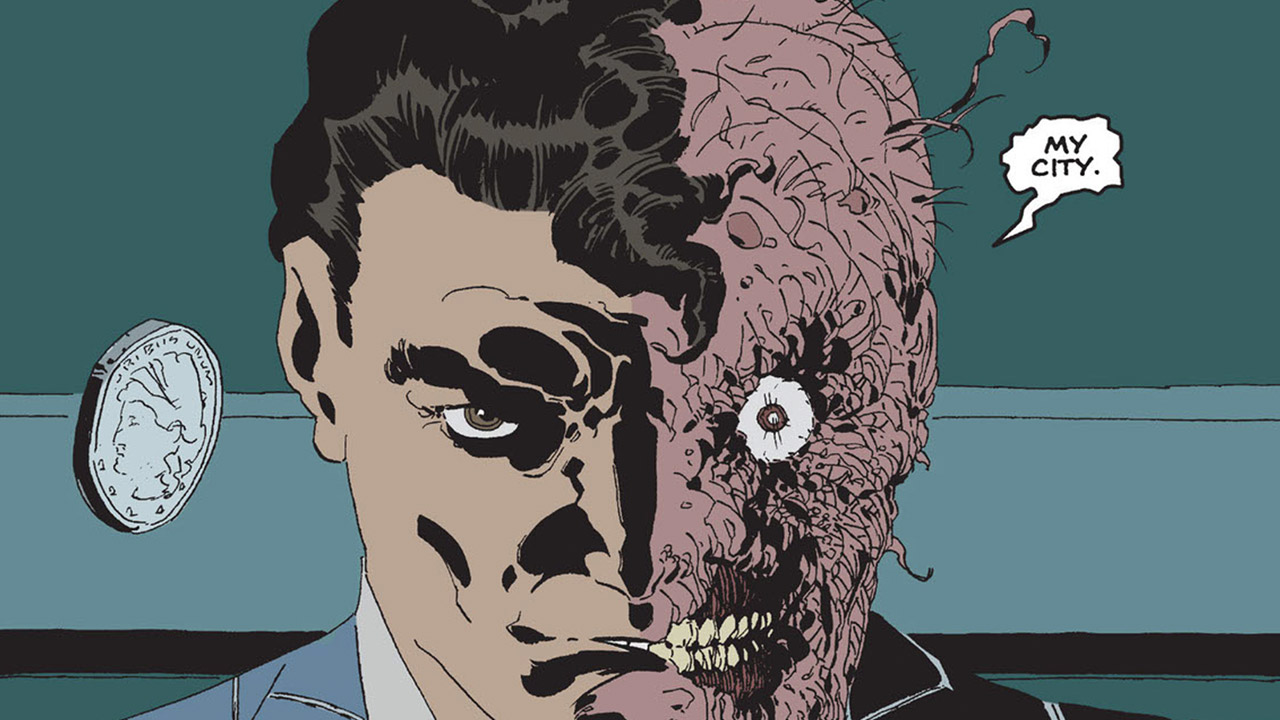 All of your favorite Batman rogues show up for the party as well. The Gotham mob thought it would be a good idea to hire the city's super-villains to protect them from the Holiday Killer, but that goes about as well as one would expect it to. This story also serves as an unofficial Two-Face: Year One, as it sees the fall of famed prosecutor Harvey Dent and the emergence of his dastardly alter-ego. 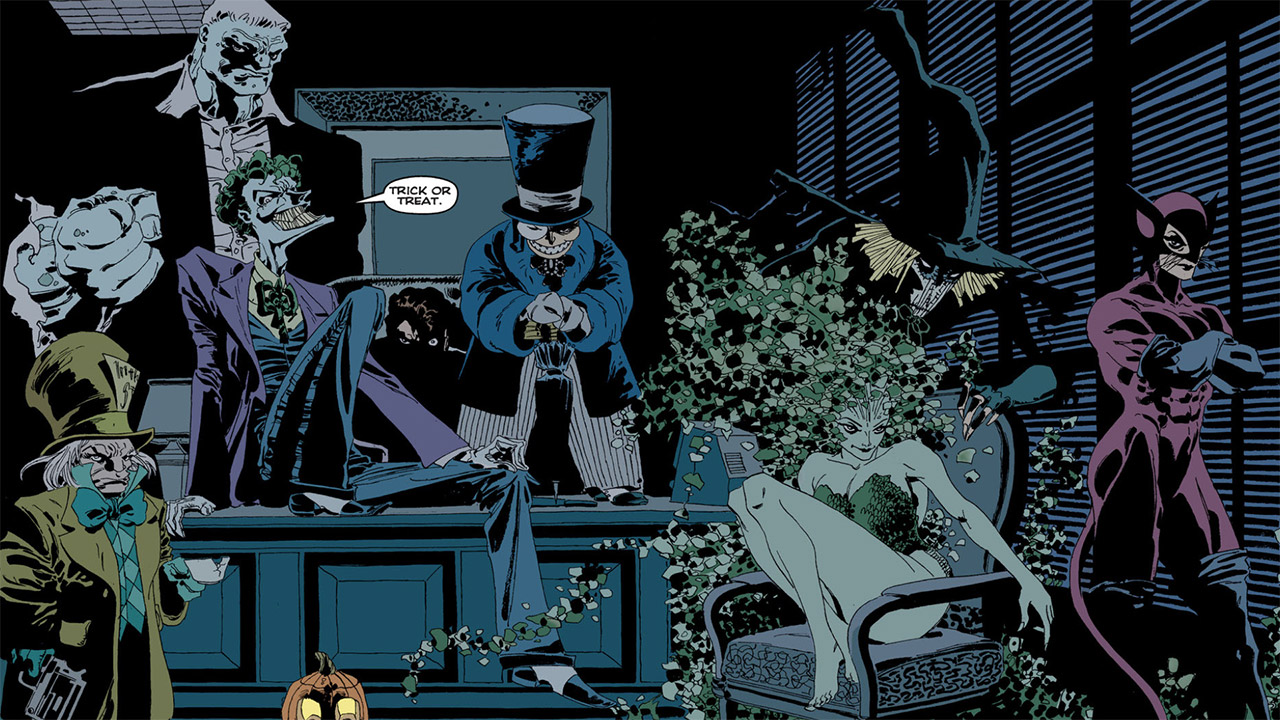 Writer Jeph Loeb crafts an eerie mystery that leaves readers guessing until the very last page. We won’t spoil the reveal of the Holiday Killer, but it’s worth noting the implications of his unmasking are still debated by fans today. In addition to finding a good voice for Batman, Loeb also scripts a great Harvey Dent and Jim Gordon, making them the story's other anchors.  Loeb also bridges the gap between the mafia-ruled Gotham we see in Batman: Year One and the city of colorful criminals we see in the modern comics. How did Gotham become a haven for costumed maniacs? The answer is found here. 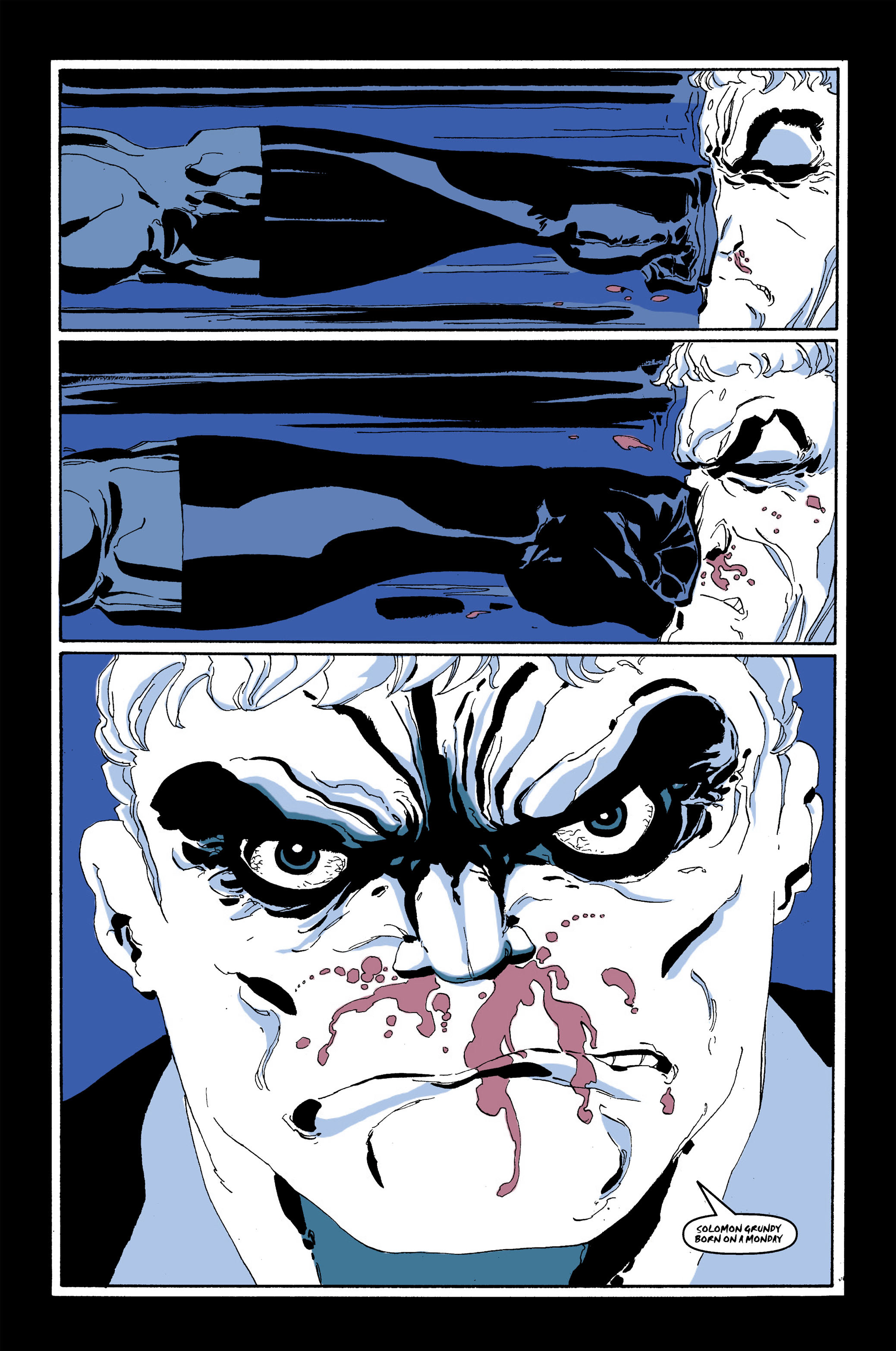 The series is penciled and inked by Tim Sale, whose moody, magnificent illustrations help raise the comic to new heights. The dark color palette and the distorted body proportions give the reader a sense they’re in the middle of a nightmare. Take a look at the Joker’s face, with its inhuman number of teeth. Try to imagine any other artist illustrating the sewer scenes with Solomon Grundy. Nobody but Sale could’ve made the villains this inhumane, the murders this frightening, and the mood this spooky. 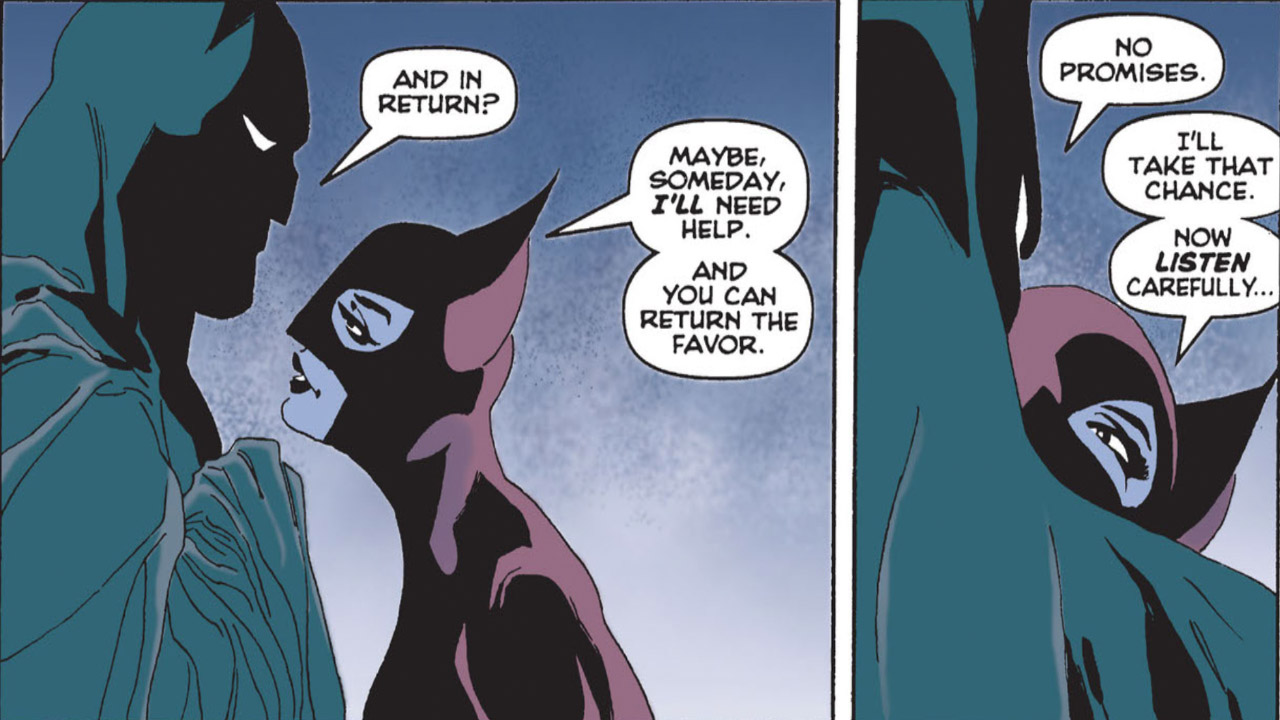 Sale also had a talent for capturing the sexual tension between Bruce Wayne and Selina Kyle. If you’re a Bat/Cat shipper, this series is a must. The Long Halloween was the heaviest Bat/Cat story shippers had seen post-Crisis on Infinite Earths. While the later “Knightfall” portrayed Bruce and Selina as strangers in their civilian identities, The Long Halloween put the two in a hot and heavy relationship. Take a look at some of the above images of Selina and Bruce together. Me-ow! 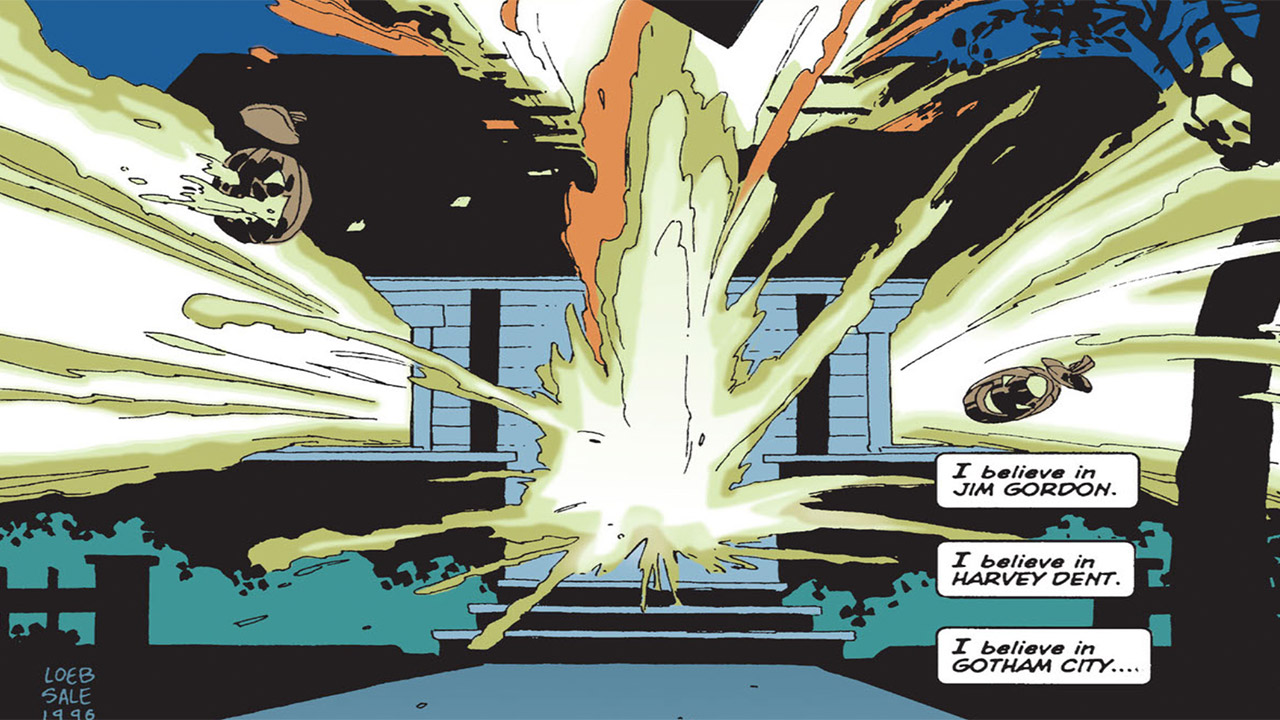 The influence of The Long Halloween can be seen in different places. Director Christopher Nolan was admittedly inspired by it in his 2008 film The Dark Knight, including using the catchphrase “I believe in Harvey Dent.” The story was also popular enough to spawn two sequels. Loeb and Sale's Dark Victory picked up where The Long Halloween left off, and had the Falcone crime family picking up the pieces. while introducing Dick Grayson into Bruce’s life. And Catwoman: When in Rome took Selina and Edward Nygma on an international adventure. Fandom had such a strong reaction to the Loeb/Sale team that the creative duo was given a chance to make their mark on the Man of Steel in the heartwarming Superman for All Seasons limited series. 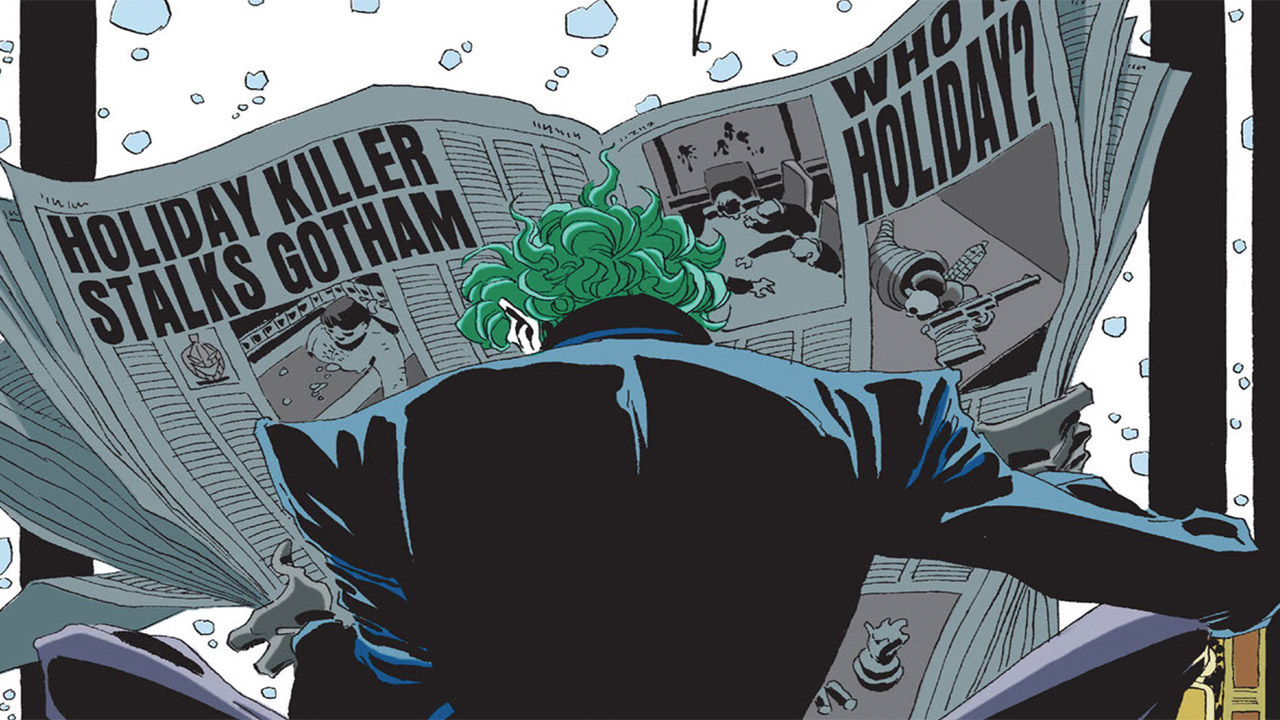 So when the sun goes down tonight, put on some scary music, dim your lights, and make some time to read The Long Halloween. Try to figure out who the Holiday Killer is, and pray that Sale's ghouls don’t find their way into your dreams...