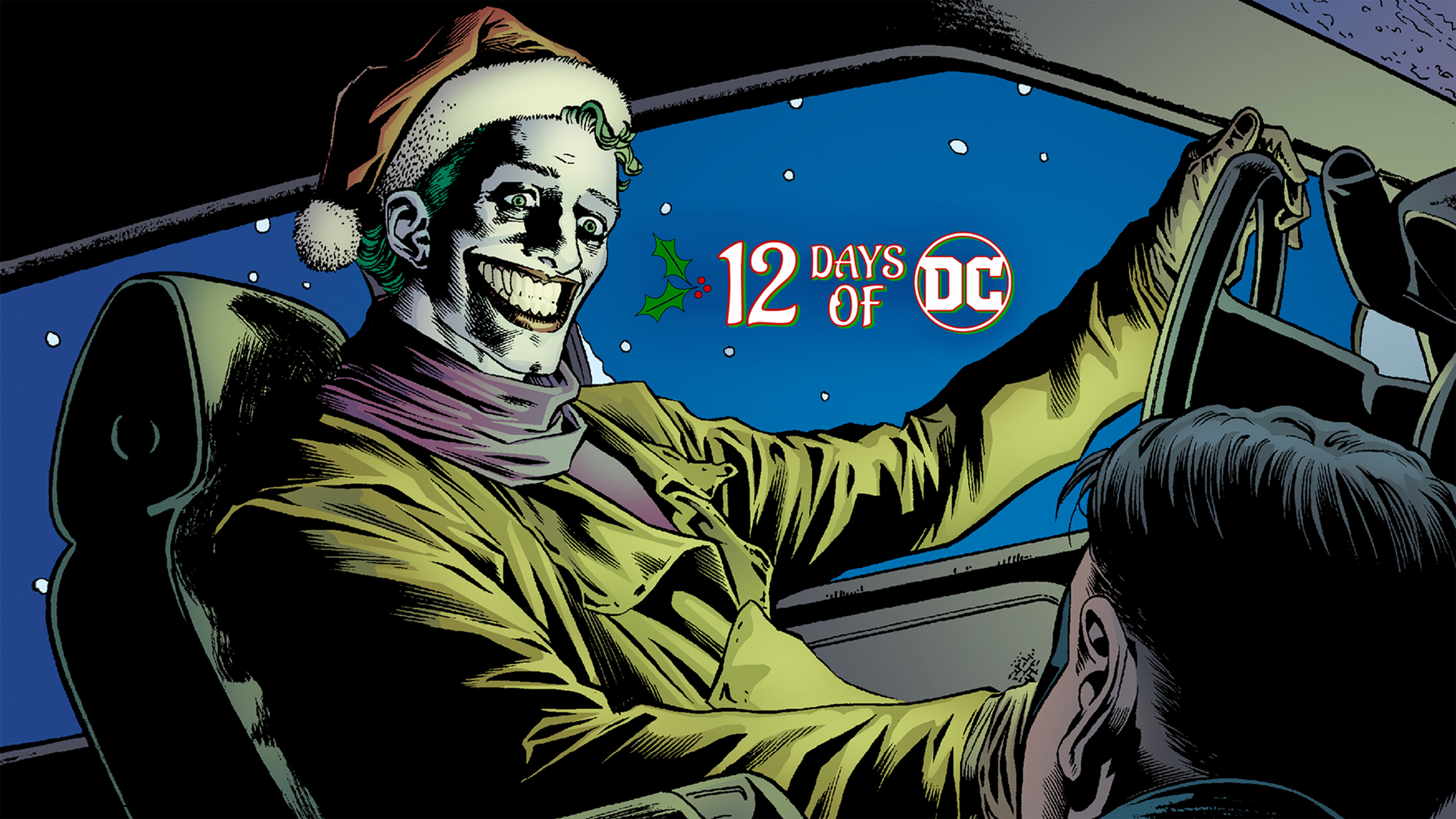 The 12 days of DC continues, and today we’re spotlighting “Slayride” from Detective Comics #826. It’s lovely weather for a sleigh ride together with you, but if the Joker is your pilot, this may be the last ride of your life. This story focuses on a Christmastime ride with Robin (Tim Drake) and the Joker. The Clown Prince of Crime is driving his car through the Gotham City streets, and Robin is his reluctant passenger. If you’ve ever had an uncomfortable Uber ride then you might be able to relate. Unfortunately for Robin, his final destination might be death. 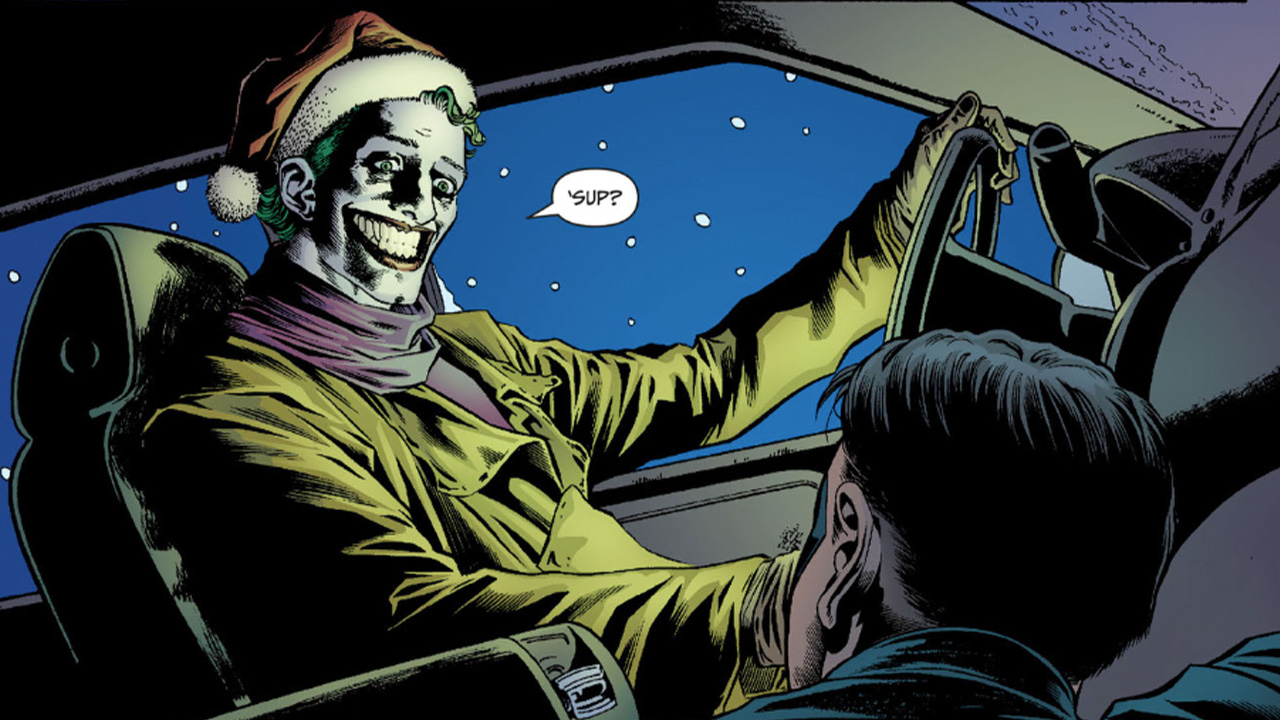 How did Robin wind up in this situation? It all started when he broke one of the first rules of crimefighting: don’t get in cars with strangers! While evading gangland gunfire, a mysterious voice told Robin to seek cover in his car. The Boy Wonder should have looked that gift horse in the mouth, because the driver turned out to be the Joker, who immediately gassed Robin. When he awoke, the Boy Wonder’s costume was looking a bit more festive. The Joker got into the holiday spirit by tying Robin up with Christmas lights and gagging him with a colorful bulb. The Joker is a performer at heart, and now he has a captive audience. A majority of the story takes place in a stolen minivan, with Joker driving and a gagged Robin tied up in the passenger seat.

The Joker goes on a killing spree, hitting pedestrians and shooting people through the window. All Robin can do is watch, and the Boy Wonder realizes this is the Joker’s creative way of torturing him before the ride comes to a fatal end. The Joker kills 9 people in this issue, and he seems to become more unhinged as the story progresses.

There’s a memorable scene where the Joker stops at a fast food drive-thru, and he pulls a total Karen move by asking to speak to the manager. If it’s hard to read the scene without hearing Mark Hamill’s voice in your head, that’s because this issue was written by longtime Batman: The Animated Series producer Paul Dini.

We won’t spoil how Robin gets out of this mess, but there’s no Batman to rescue him. Tim Drake needs to use his wits and classic movie trivia skills to survive the Uber ride from Hell, and it’s exciting to watch. This comic was published in 2006, in the aftermath of major DC events like Infinite Crisis, and took things back to basics by telling a simple deathtrap story.

If you’re a fan of the Joker, this is a must read. There’s a reason we placed it on our list of essential Joker stories. If Tim Drake is your favorite Robin, this is an overlooked gem from his tenure as the Boy Wonder, and reinforces what made him so special. Plus, it’s a nice tale for the holidays. If you thought Die Hard was the ultimate Christmas thriller, this comic might make you think again.

How would you survive a sleigh ride with the Joker? Let us know in our Community!