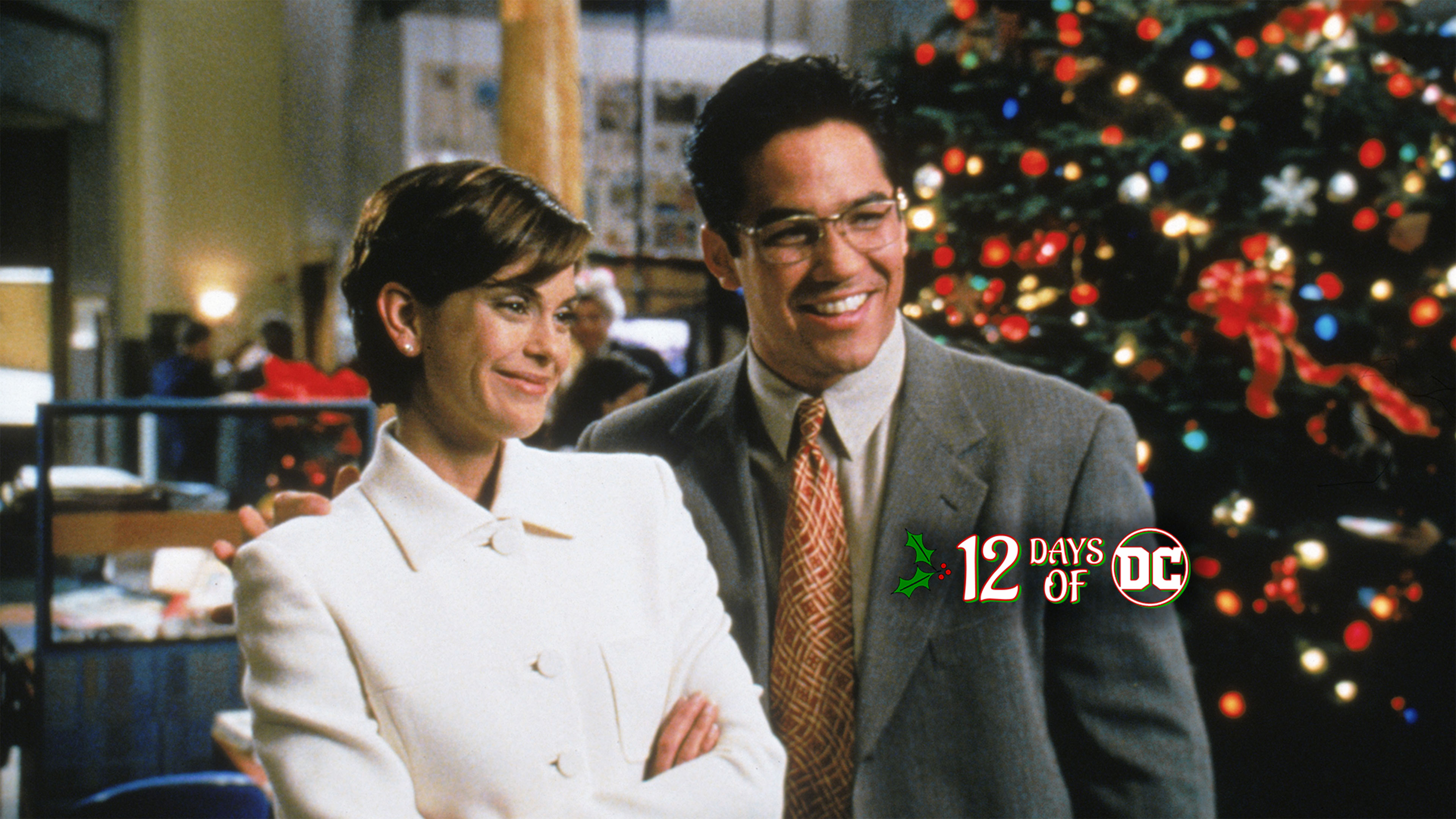 Welcome back to 12 Days of DC, where we’re ringing in the holiday season with the most festive adventures in the history of the DC Universe! And today, we’re here to tell you that as hard as you might go for the holidays, nobody loves this time of year quite like network television -- where every show on the dial is chock-a-block with holiday specials. And as it aired from 1993 to 1997, Lois & Clark: The New Adventures of Superman was no exception. In four seasons, Lois & Clark produced three Christmas specials, all ideal for viewing above the hearth of our Holiday yule log. 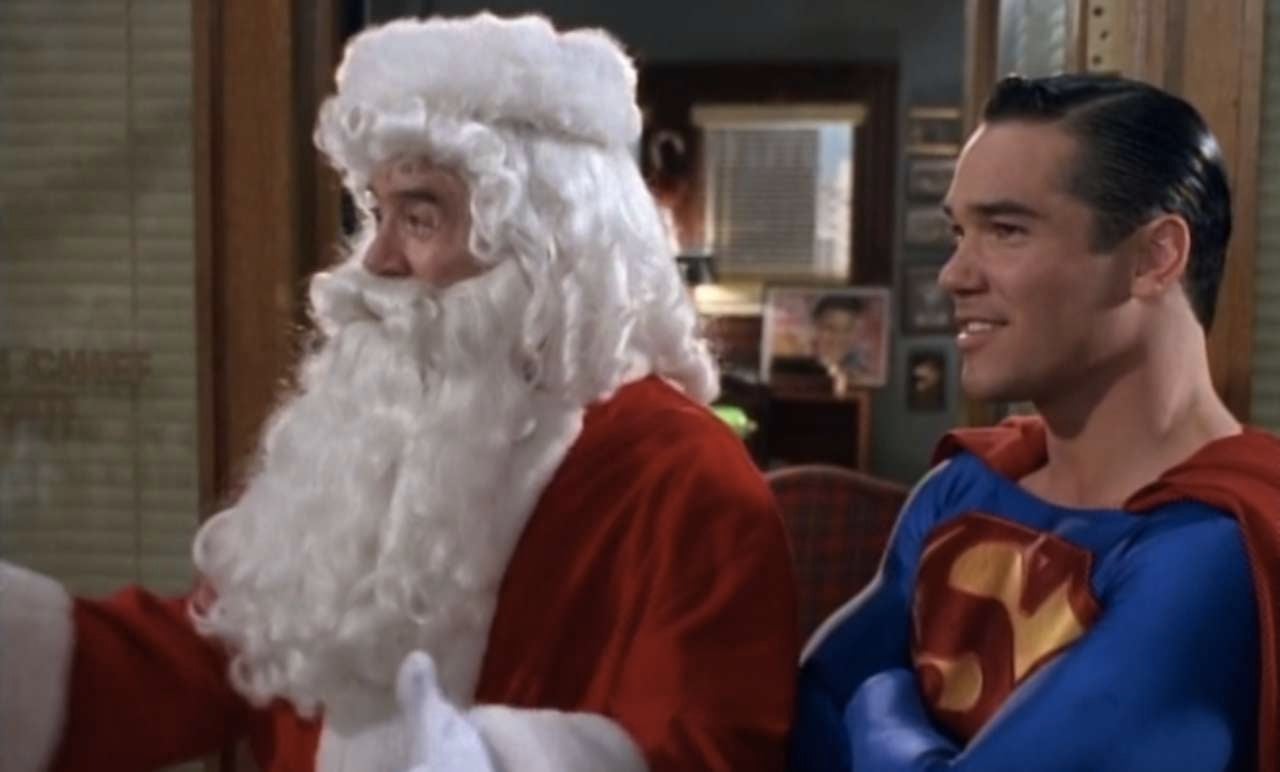 Ask any kid what Christmas is really about, and you’ll know the answer before they give their cloying, manipulative answer to the contrary: the toys, baby! So naturally, no Christmas in Metropolis is complete without the presence of Winslow Schott, better known to Superman as the terrible Toyman -- played by guest star Sherman Hemsley of The Jeffersons. But let’s be honest. Materialistic underpinnings aside, don’t you kind of miss that childlike wonder on Christmas morning, with the mystery about to be revealed of the presents coming your way? (You know, a little bit like every Tuesday around midnight EST when the new comics drop on DCU. That’s not just us, right?) Well, thanks to Toyman’s new holiday hit “Toy Rats” line, a pheromone sweeps across the city reducing adults to a petulant childlike state. It’s ultimately up to an immature Lois and Clark (well, moreso than usual) to win this particular war on Christmas.

HOME IS WHERE THE HURT IS 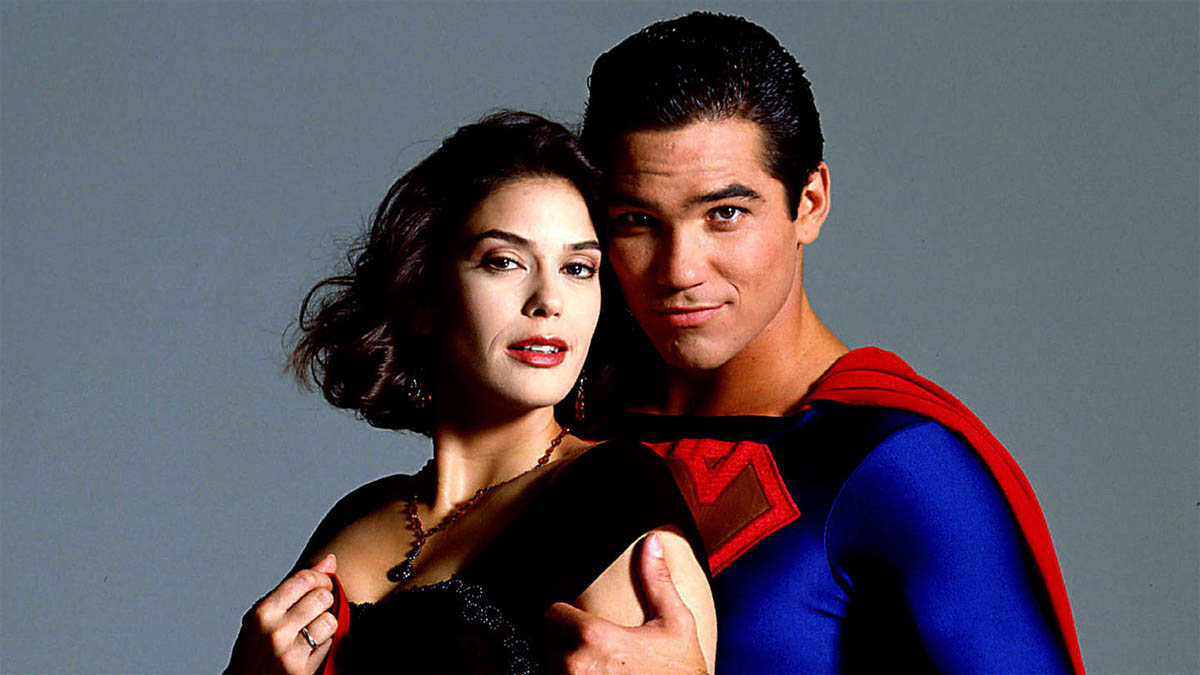 For many of us, one of the most challenging parts of the holidays can be spending time with your more- well, let’s say “interesting” family members. Dr. Sam Lane of Lois & Clark isn’t quite the xenophobic, no-nonsense military officer that Lois’s father is in the comics, but he does have an affinity for cybernetics which can be… unsettling, to say the least. Such is the case when he brings his new fiancée over for Christmas dinner, the repulsively named “Baby Gunderson”-- a cyborg herself. But when Superman’s infected with a Kryptonite virus, Sam Lane may be the only one who can keep the family together. Take Lex Luthor and Doomsday any day: Superman’s greatest feat of strength may just be asking his father-in-law for help.

‘TWAS THE NIGHT BEFORE MXYMAS 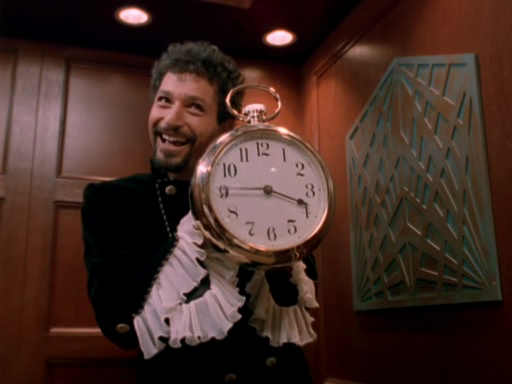 The sights, the sounds, the smells of Christmas! The comfort and joy and brotherhood of man! Gosh, don’t you just wish it could be Christmas EVERY day? No, don’t think about it too hard -- sorry, too late! No takebacks! Because that’s what the meddlesome fifth dimensional imp Mr. Mxyzptlk gets up to for the series’ final Christmas special, in a show that started out weird and somehow got way weirder in its final year. Played by the tragically exploded Howie Mandel, Mr. Mxyzptlk locks the city in a Christmas time loop like it’s Groundhog Day come early, and no one but Clark is the wiser. It’s gonna take a Klytpzyxm Miracle to set things right again! From all three of these special episodes we can take away one message: no matter how hectic YOUR holidays might be, they could be worse. You could be Superman.

Which Lois & Clark episode is your favorite? Let us know in our Community!