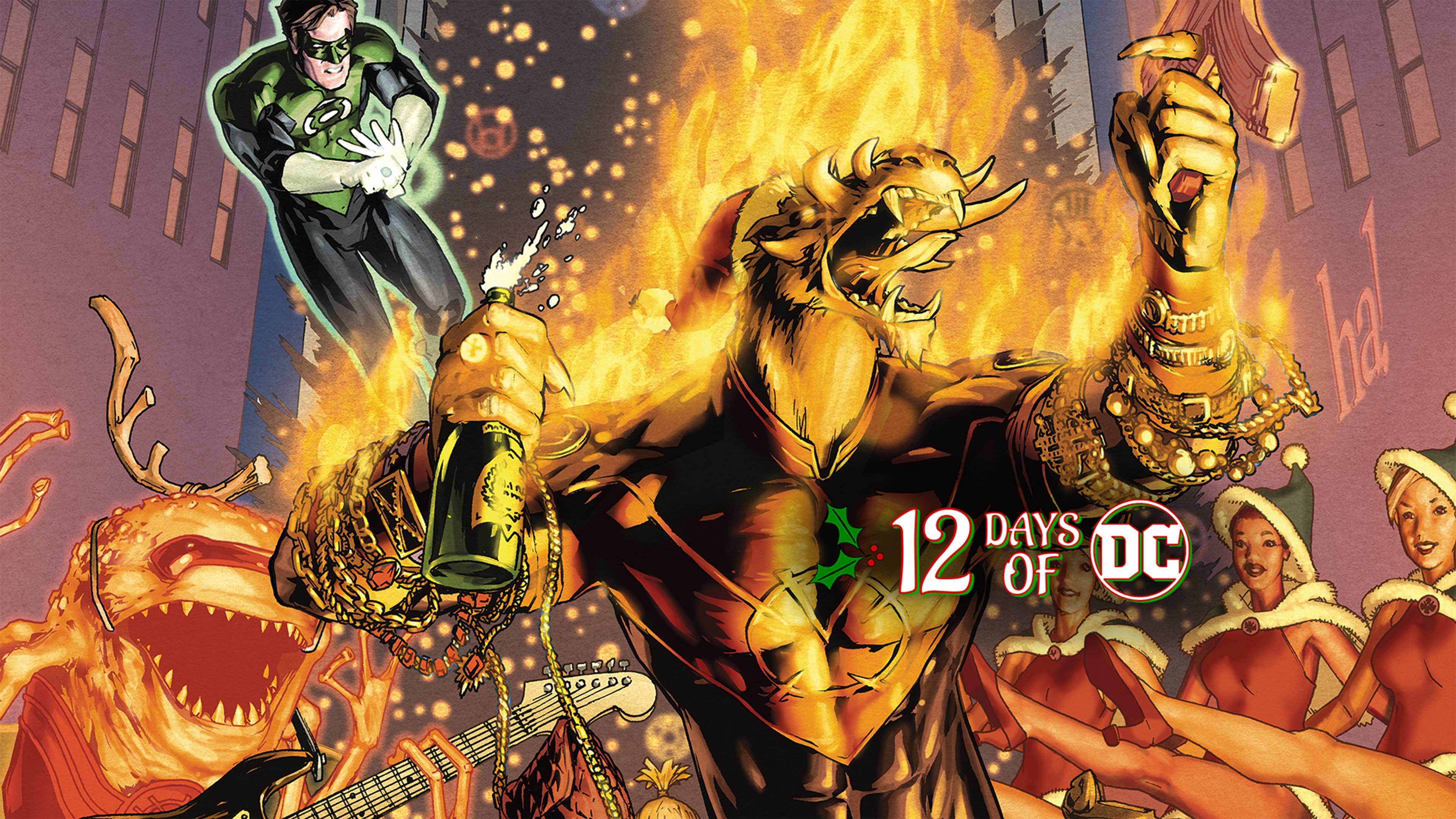 Welcome back to 12 Days of DC, our holiday countdown of the most festive stories the DC Universe has to offer! Today, we take you back to 2010, at a time the sun was only just rising after the Blackest Night. The holidays are a time of dazzling colored lights, when emotions swell to their highest peaks. In other words: the perfect time to be a member of one of the DC Universe’s Lantern Corps.

At a time when the entire DCU was focused on Geoff Johns’ expanded multicolored mythology of the Green Lanterns, it was fitting to place the focus of that year’s Christmas special on the greediest grinch in a gazillion galaxies: Larfleeze, the avarice-fueled sole member of the Orange Lantern Corps.

This comic relief of a nigh omnipotent mass murderer on an intergalactic scale provides a surprisingly appropriate holiday premise, as he adopts the rituals and customs of Earth to summon Santa Claus into his home on Christmas Eve in order to fulfill his ludicrously luxurious wish list.

But with the help of his hated frenemy Hal Jordan, Larfleeze learns that the greatest gift you can receive is… we don’t know, something about kindness? We honestly tuned out after we learned Larfleeze wasn’t getting a hovercraft.

Along the way, Larfleeze shares his guaranteed Santa Bait Christmas cookie recipe, a maze to help chase the layabout Santa to his North Pole residence, and even a cut-out craft project to make your own Larfleeze tree ornament! (We at DC Universe strongly advise against cutting holes in your electronic devices. Just, like, take a screenshot and print it out, dude.)

The whole story is capped by a characteristically precocious tour of the Lantern Corps homeworlds courtesy of Tiny Titans’ Art Baltazar -- and Larfleeze’s little energy construct buddy, Glomulus. Can we get an “Aw, Yeah”?

Also in this issue: Hal Jordan once again being extremely wrong, insisting to Larfleeze for some reason that Santa Claus doesn’t exist. Oh yeah, smart guy? Then who’s that hanging out with the Man of Steel in Superman’s Christmas Adventure #1? Stand your ground, Larf. Santa IS real.

What's on your Larfleeze-style Christmas list? Talk about it in our Community!