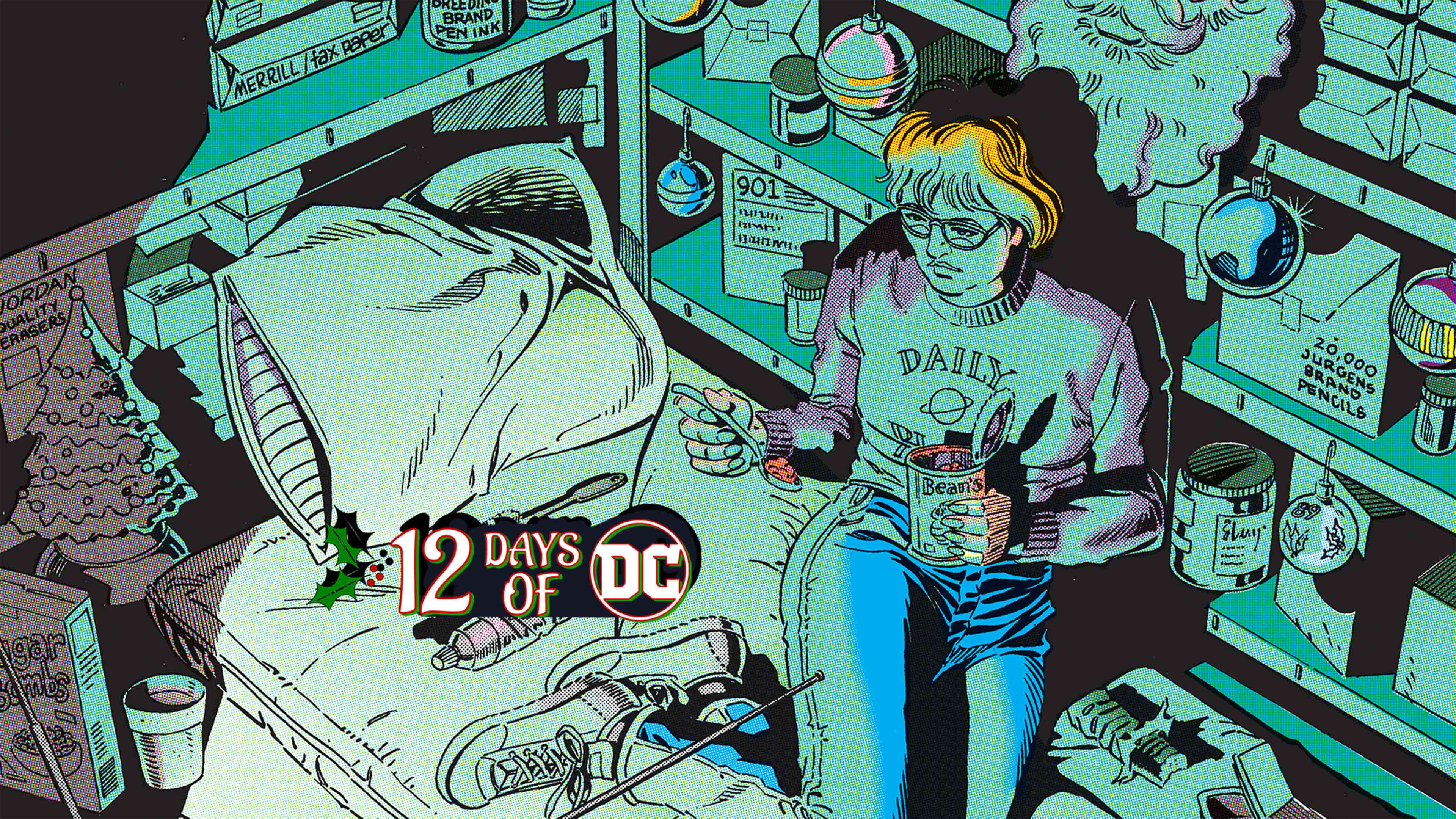 Seasons greetings citizens of Metropolis! The 12 Days of DC continues, and today we’re spotlighting a story called “Home for the Holidays” from Adventures of Superman #462.

Before we get into the story, it’s important to set the stage. This issue was published during an underrated era of Superman comics, where the Man of Steel was going through a long creative renaissance. After the events of Crisis on Infinite Earths, Superman’s continuity was relaunched with the limited series The Man of Steel, where Clark Kent’s entire world was recreated from the ground up.

The Superman titles were written and illustrated by some of the industry’s greatest creators, like John Byrne, Marv Wolfman, Roger Stern, Dan Jurgens, Jerry Ordway, Karl Kesel and more. The story became bigger than Superman, as the titles dealt with the trials and tribulations of his friends at the Daily Planet, and characters grew and evolved over the years. Character threads were connected even when they were written by separate creative teams, and plotlines would grow for years. Reading the first decade of Superman stories after Crisis is like binge-watching a long running television drama. 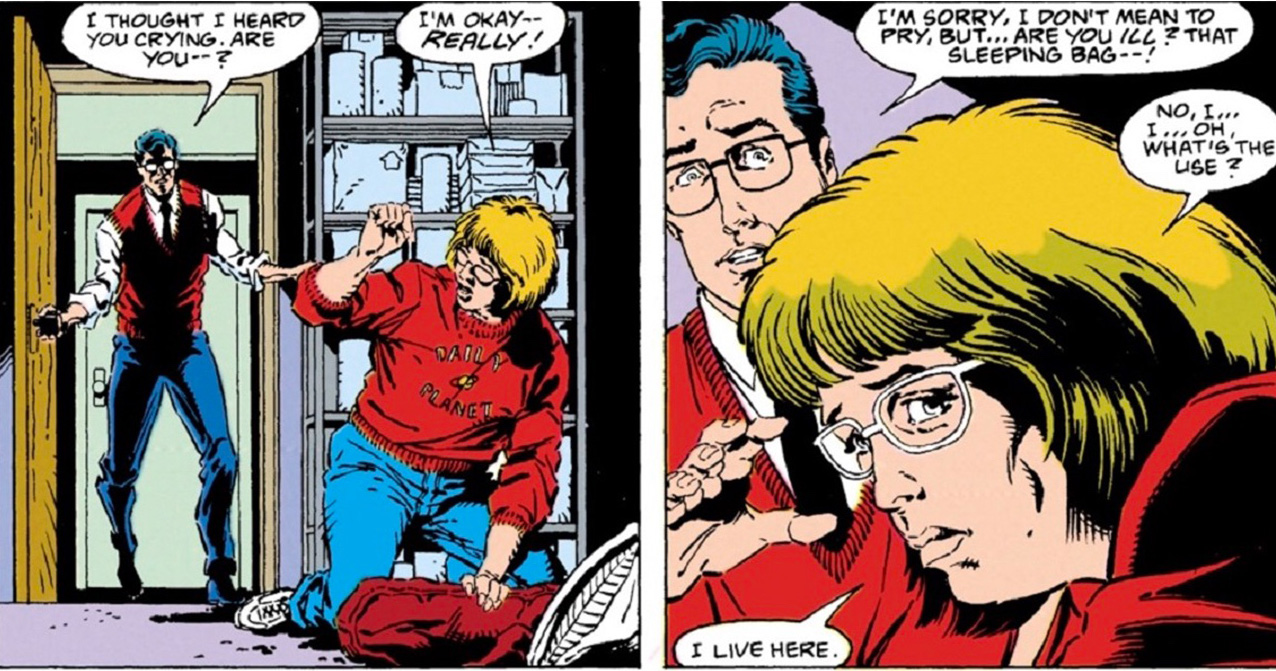 Adventures of Superman #462 is a perfect snapshot of this era, as Clark’s friends take center stage in a heartwarming Christmas tale. It’s Clark Kent’s last day at the Daily Planet, and he’s preparing for his new position as the editor of Newstime. During his goodbye party, Clark discovers that an intern named Alice has been living in the Daily Planet supply closet for years.

The Planet staff gathers around her, and offers her empathy instead of judgement. Alice had been forced out of her home due to rising rent costs, and an avalanche of medical bills from before her sick mother passed away. Although this story was written in 1989, the problems that led to Alice’s situation ring just as true today. Alice spent countless hours working at the Daily Planet, hoping to get back on her feet, bur rising housing costs prevented her from getting out of her situation. 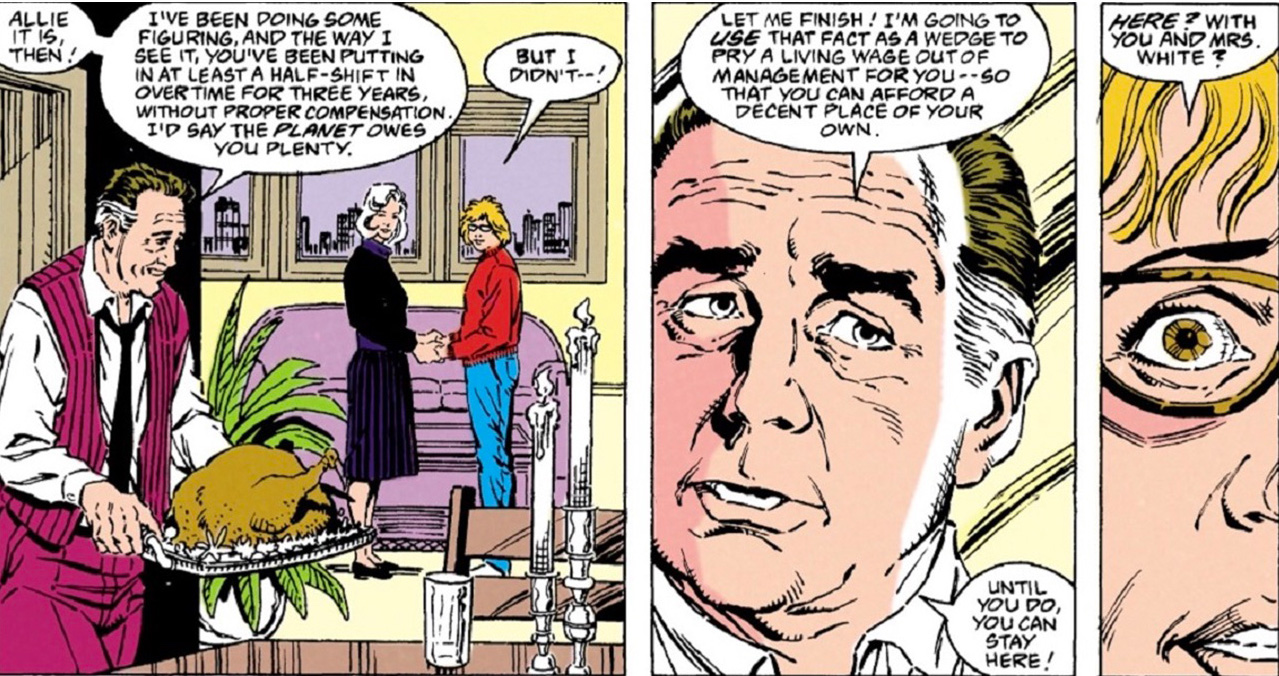 The Daily Planet takes care of their own, and Perry White made sure Alice had a warm bed that Christmas. Perry invites Alice to spend Christmas with his wife (also named Alice) and him in their son’s old room, and decides he’s going to make sure the intern can get a retroactive living wage to get her own place. The issue ends with Superman sharing eggnog with Lana Lang and his parents back at the Smallville Kent farm. Nothing says “home for the holidays” quite like that final page. Although the issue ends without Alice’s problems solved, now she doesn’t have to go it alone. 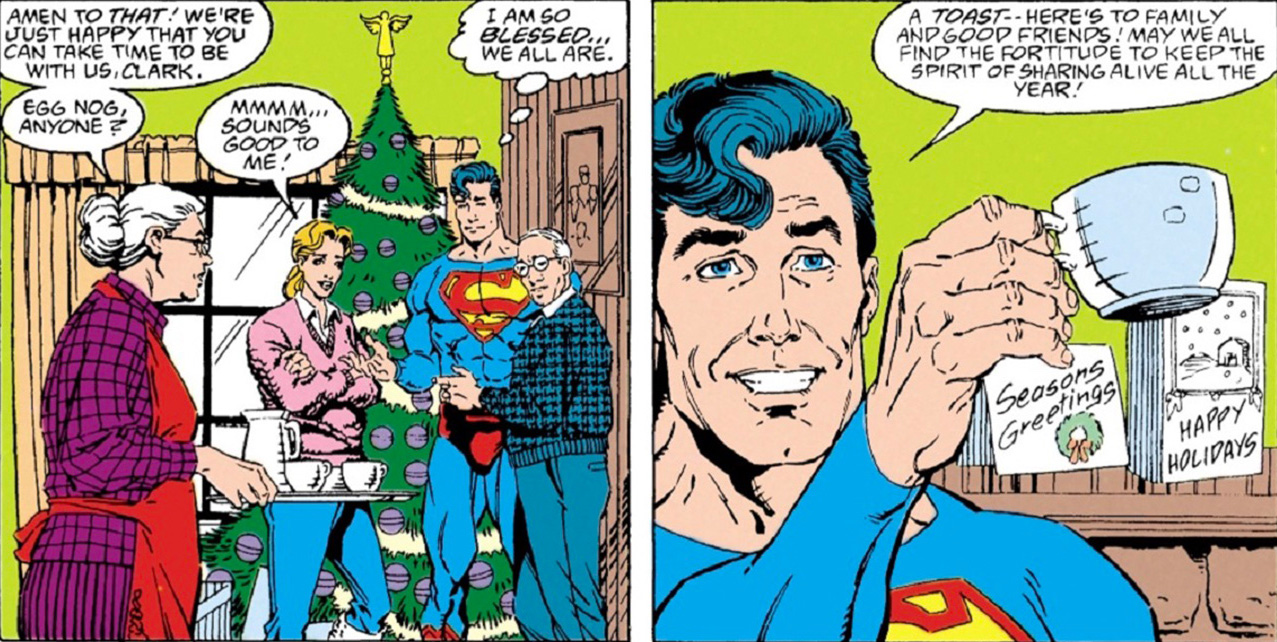 Although Lex Luthor and Brainiac have brief interlude appearances, the entire story is told without Superman facing any supervillains or throwing a punch. That’s the strength of these characters, and one of the great things about this era of Superman. Roger Stern scripted this emotional holiday story, which contains some of the earliest Superman art from Dan Jurgens, a creator who would make a bigger impact on the Man of Steel in the next decade. Reading this comic feels like a hug, and don’t we all need a warm hug during the holiday season?

What's your favorite Superman era? Talk about it in our Community!