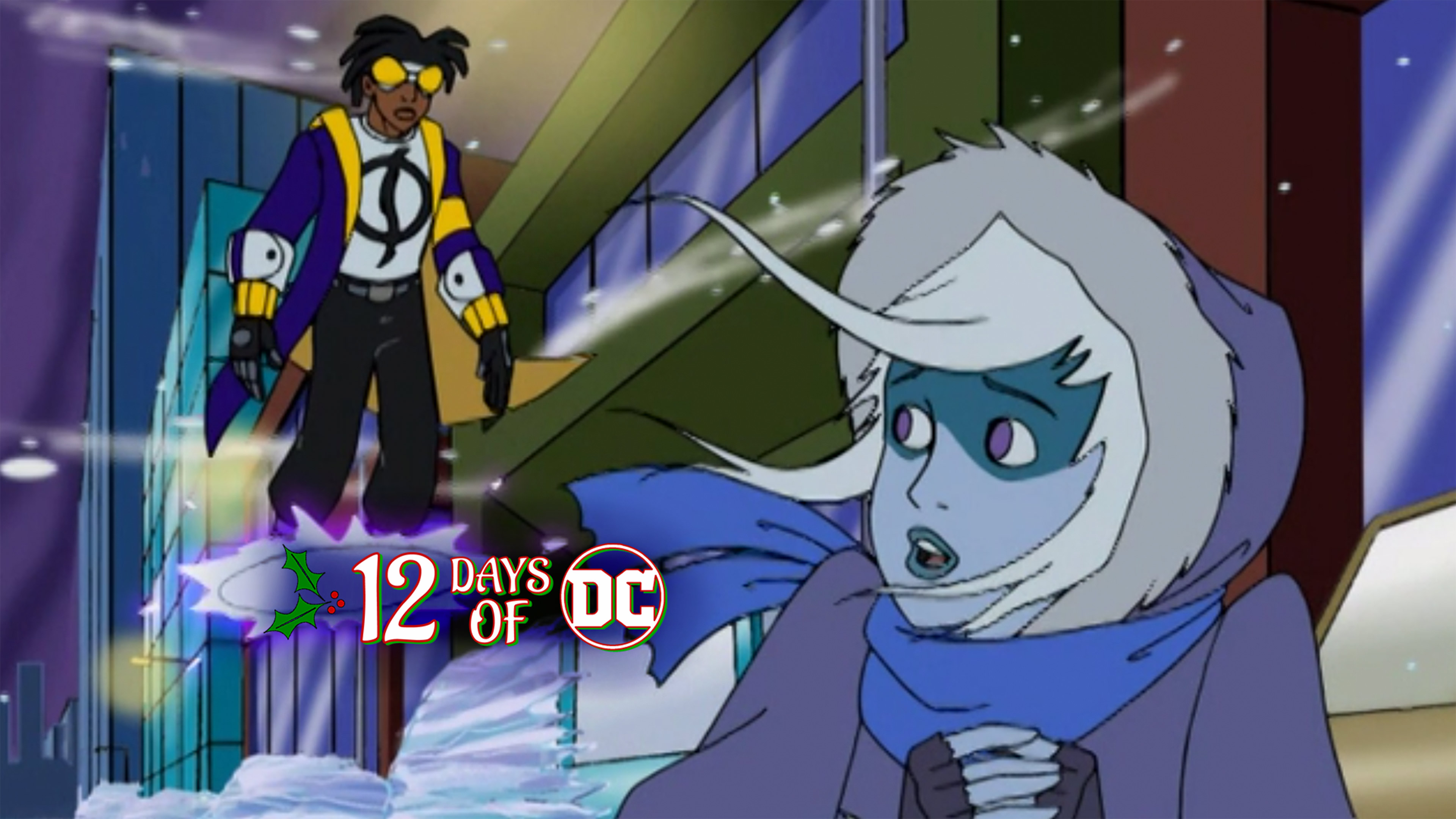 Gang violence, racism, and school shootings, were just few of the problems Virgil Hawkins encountered in the initial years of his costumed crime fighting career in the landmark comic series, Static. When the character was adapted into the animated series Static Shock, the stories were lighter in tone but kept the same baseline of reality that set the character apart from other teen heroes, with episodes that dealt with real-world topics.

“Frozen Out” is one of those episodes, and it deals with the topic of homelessness. The story begins during Hanukkah, progressing over the course of the holiday season. Virgil is burning the candle at both ends, struggling to fulfil his obligations to his father and his friends while also keeping the city of Dakota safe as Static. To make matters worse, there have been a series of severe blizzards and power outages, resulting in giant stalactites of ice falling from the sky. It’s an mystery for Virgil at first, but after one near-death experience at a power plant, he’s approached by a homeless blue girl who asks him for spare change. The girl mumbles incoherently to herself and repeats that no one wants to see her. 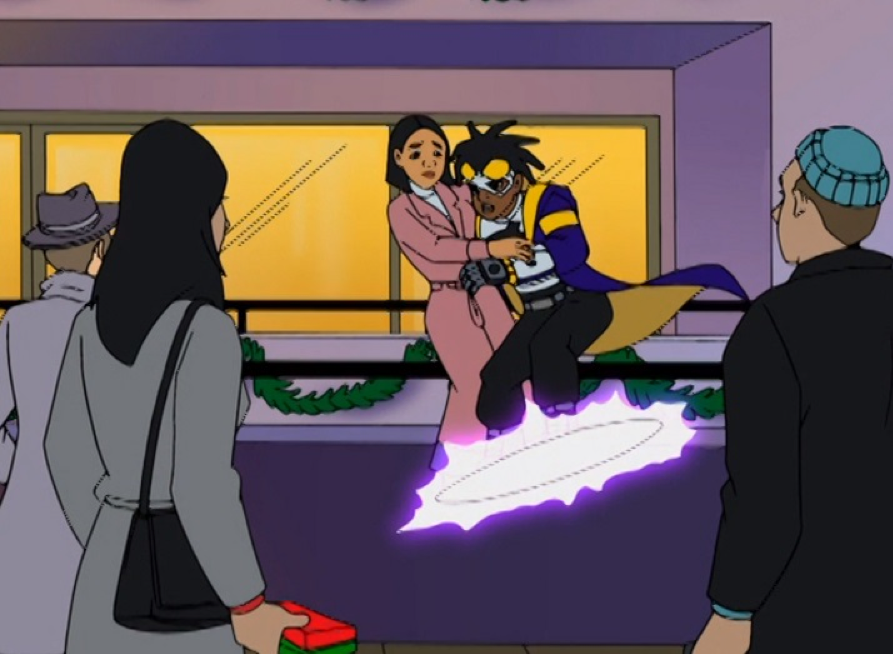 The next day, Virgil and Daisy are Christmas shopping at the mall when Virgil recognizes the blue girl again. When a store attendant tries to throw her out of his jewelry shop, his hand is frozen solid. The girl suddenly has a nervous breakdown and causes an ice storm in the middle of the mall. Virgil changes to Static and saves Daisy and the other shoppers, but the girl escapes. 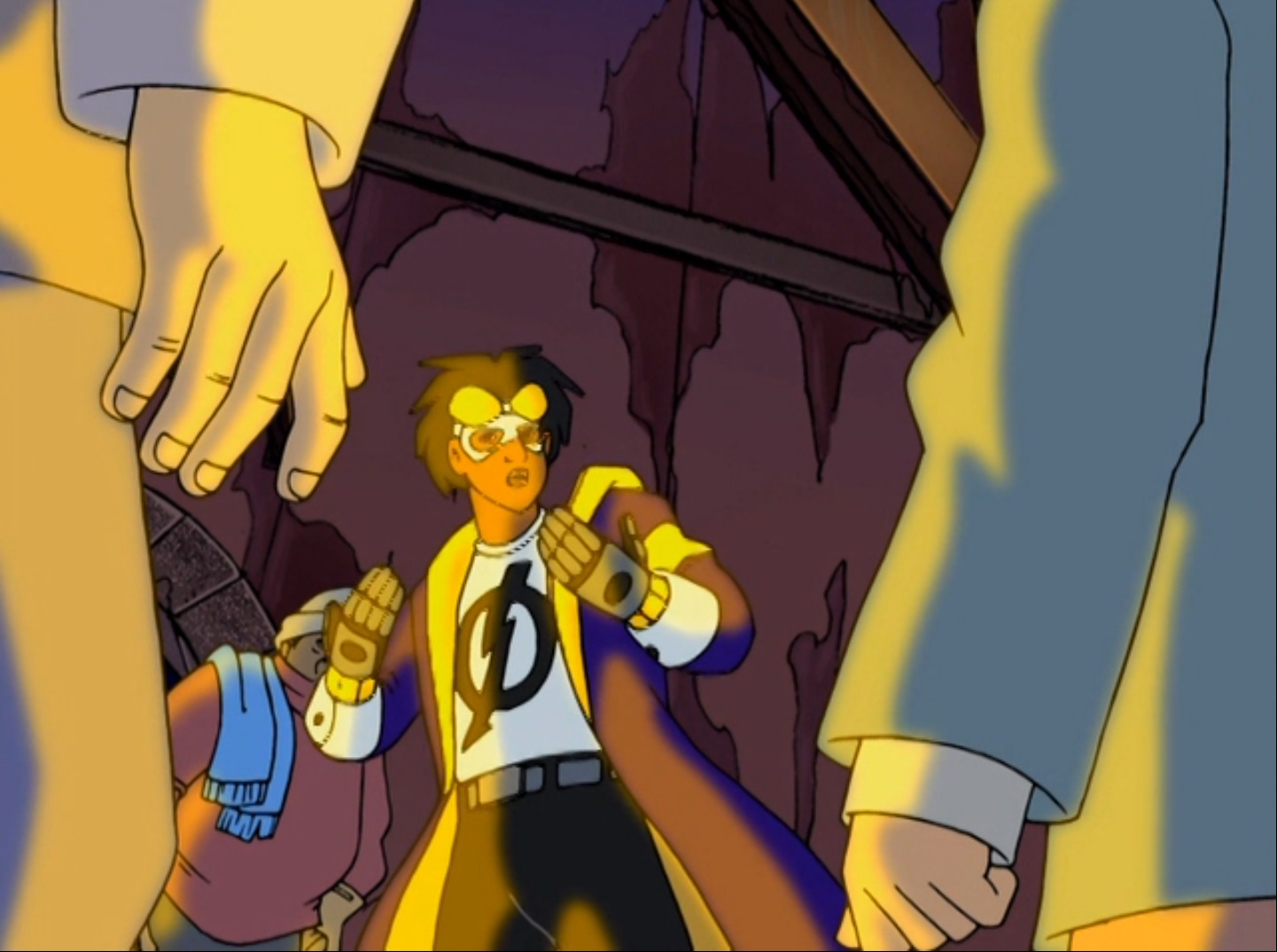 Meanwhile, Richie poses as Static’s press agent and lands him a publicity gig to light the town tree. They discuss it while setting up the church gymnasium which is being arranged to help the homeless population during the holidays. Virgil learns from his reverend that many homeless people are put out on the street through setbacks such as broken families, unemployment, and mental health issues. He realizes that the girl he’d been battling (now calling herself Permafrost) might be found with other homeless people, and searches an underground subway, finding only her room frozen in ice and an old family photo. After learning her real name from his reverend, he waits for a chance to find her again only to be attacked and the Christmas Tree lighting ceremony. 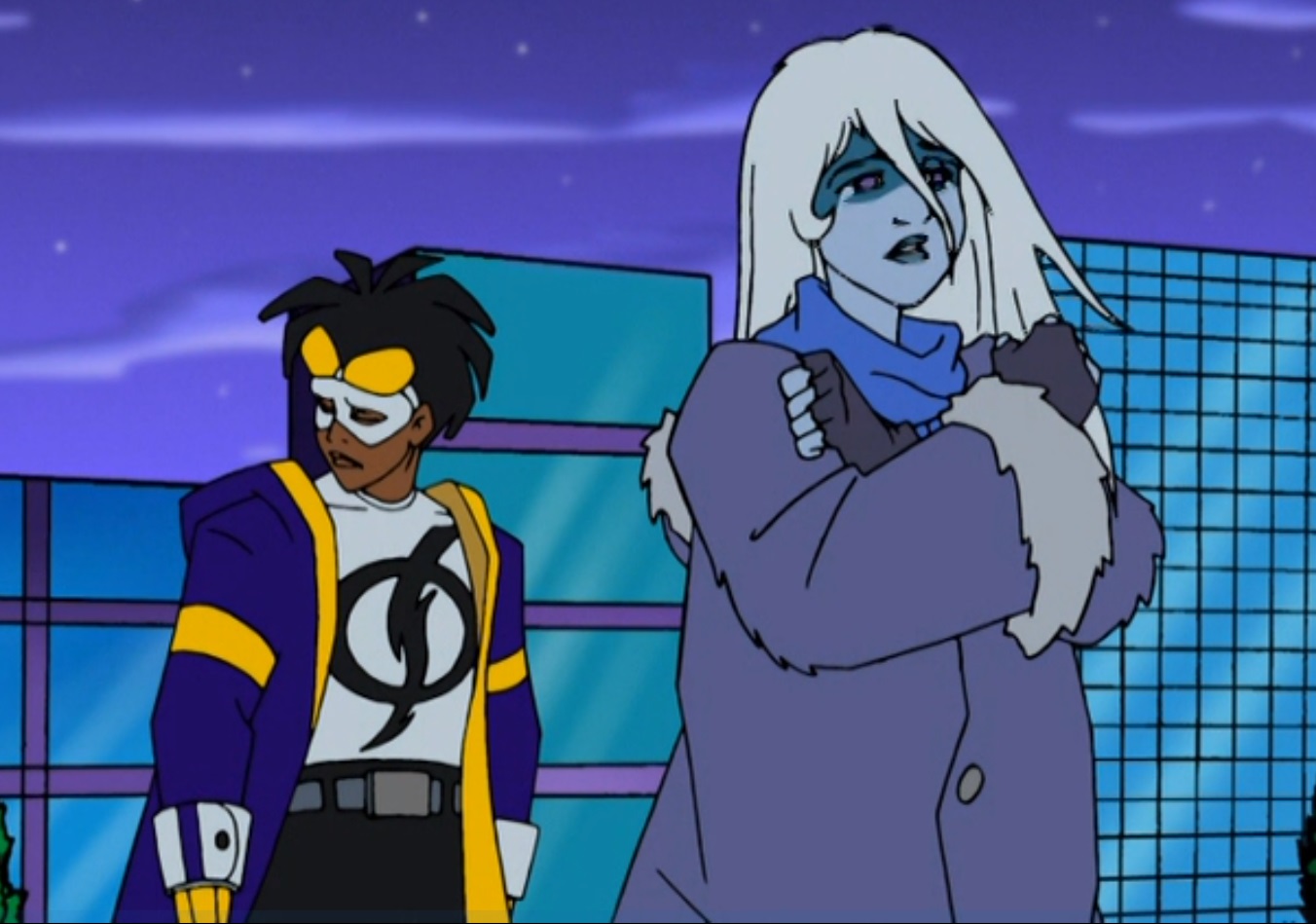 Despite a vicious attack from Permafrost, Static gets through to her by relating shared feelings on dead mothers, having lost his own to gun violence. He learns that Permafrost – Maureen Conner – was the only child of a terminally ill mother and an uncaring stepfather. She fell out of the foster care program the night of the Big Bang (the chemical cataclysm which gave Static and many others their superpowers) and gained frost powers. In the end, Static returns her to his church where she consents to their care and proclaims that she wants to improve her mental health. 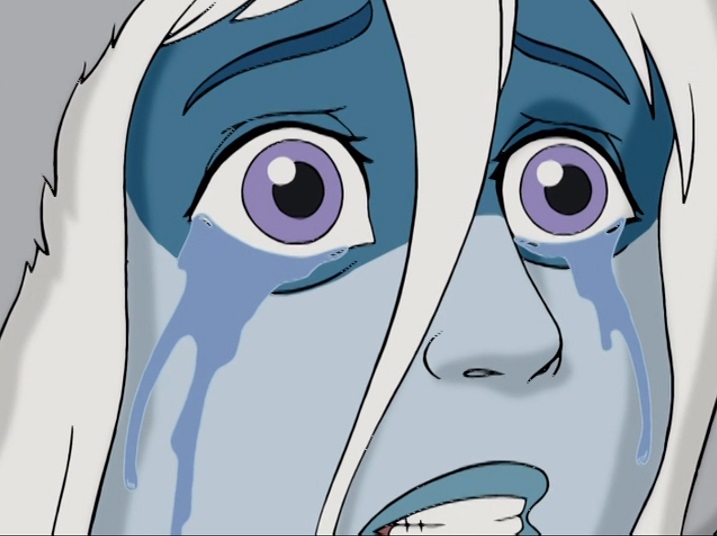 As it was with the comic, the series often tackled social issues in ways which weren’t typical of many superhero cartoons. This episode depicts the homelessness epidemic as indiscriminate towards age, race and gender. The issue of homelessness’ impact on mental health is also portrayed without judgement or irony. It’s a sobering example of a Christmas episode, but one that sets Static Shock apart in terms of willingness to be open and honest with its audience, and its quality for taking great pains to do so.

What's your favorite socially conscious Static Shock story? Talk about it in our Community!