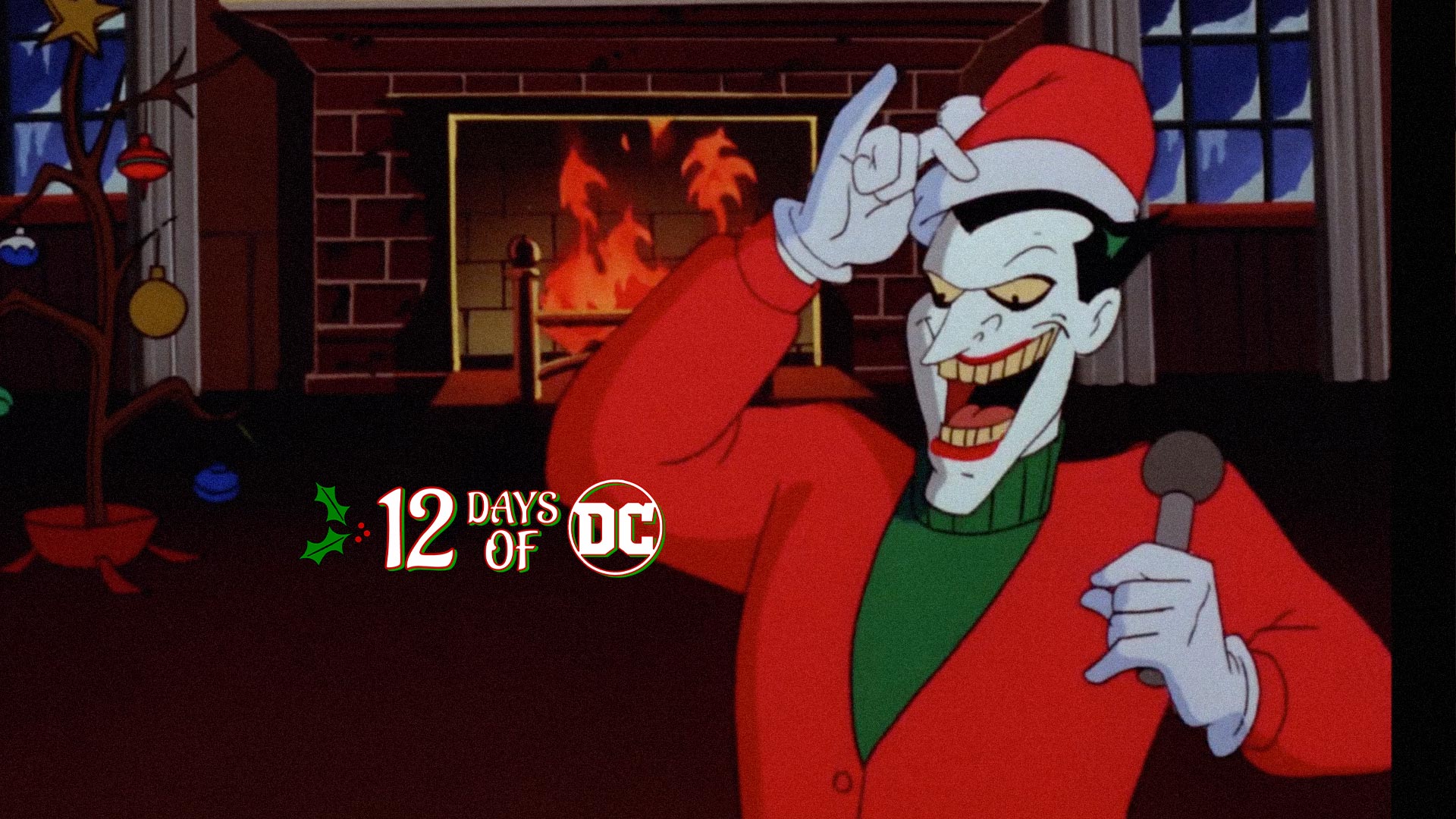 12 Days of DC: "Christmas with the Joker"

"It’s the most! Wonderful tiiiiiiime! Of the year...!"

Ho, ho, ho, and welcome, boys and girls of all ages, to 12 Days of DC! Right up until Christmas day, we’ll be showcasing all the best comics and videos to get you into the spirit of the holidays, DC style. And what better way to begin our celebrations than with the true reason for the season? Yes, this is the time of year where those of us from all walks of life get together and unite under one core belief, recognizing the emergence of one of the greatest miracles to which mankind has borne witness—and a night which would change the course of history forever. 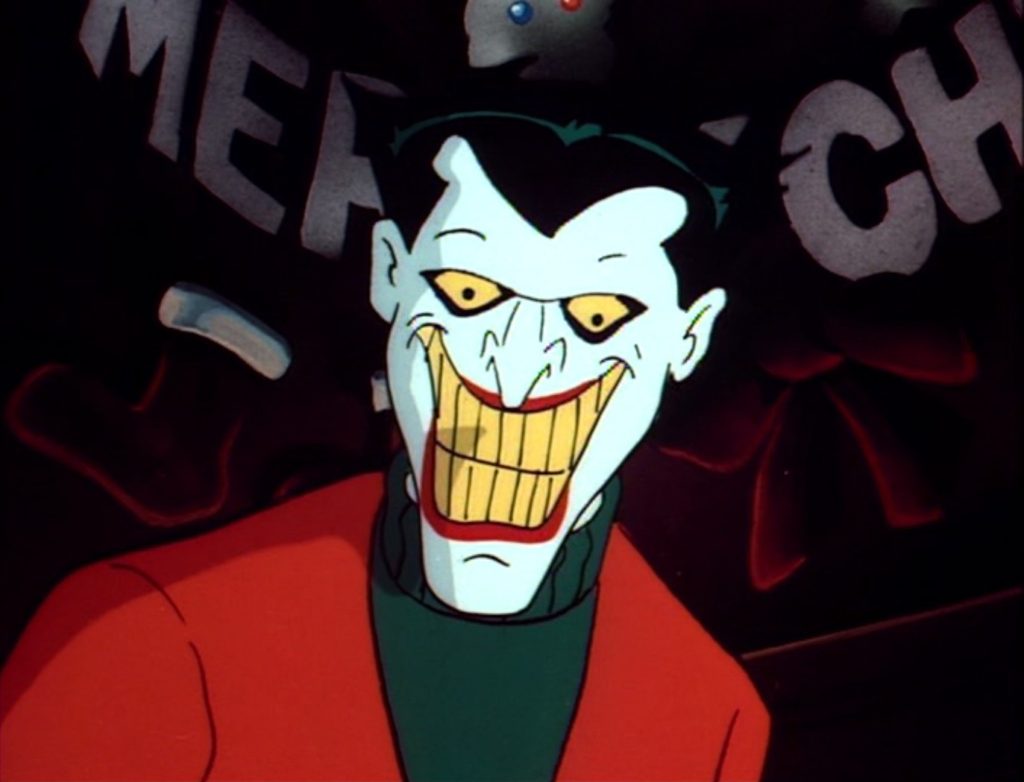 We’re speaking, of course, about the television debut of Mark Hamill as The Best Joker in "Christmas with the Joker."

The year was 1992. Batman: The Animated Series had only debuted one week before, with a very moody episode where Batman wrestled with the relatively unknown Man-Bat. Perhaps it was the Gotham skyline, newly redesigned for animation, which was the true star of that episode. But now it was time to meet the most important people in Batman’s life, at a time that’s always been particularly significant to him: Christmas Eve. 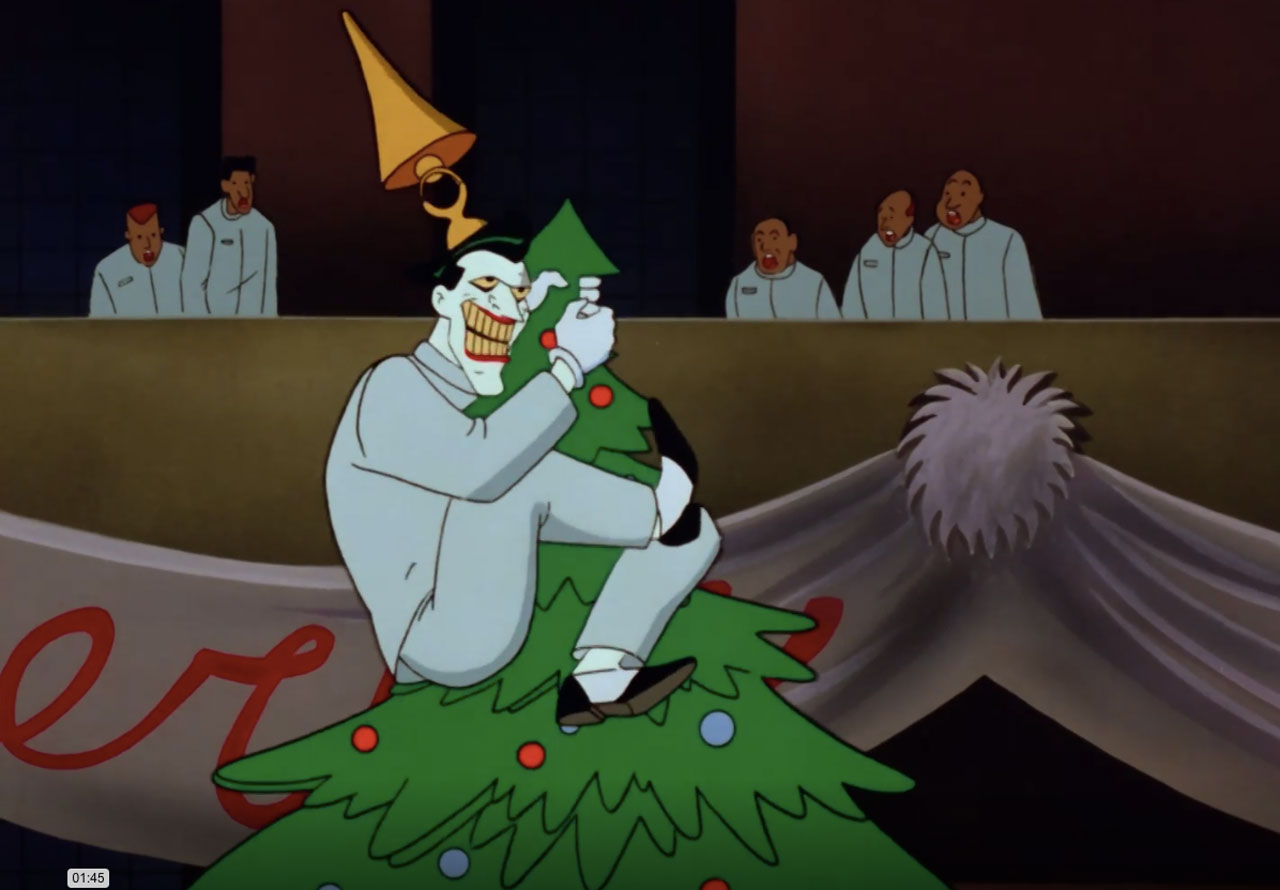 We begin with snowfall over Arkham Asylum. (Arkham Asylum! In a TV show!) Inmates dutifully sing Jingle Bells as part of the facility’s Christmas pageantry… until the Joker interrupts the itinerary with character-defining bombast, and lyrics of his own:

The Batmobile lost a wheel,

And the Joker got a-waaaaaay!

Cultural etymologists date this popular variation of "Jingle Bells" back to 1966, after the rise in popularity of the first Batman television series. So ensconced had it become in popular culture that a rendition was used to introduce Bart in the very first episode of The Simpsons. But here, finally, the decades-long irreverent tune made its way into the DC Universe -- through the gaping grin of the Joker himself. Could there be a better introduction to the Clown Prince than with a song that been used to mock Batman for so many years? Immediately, with his multi-tiered laugh containing peaks and valleys of mirth and menace, this Joker stood out as something special. The week prior, we had met Batman, and his city. And this week, this Christmas, we would receive the gift of his greatest enemy. 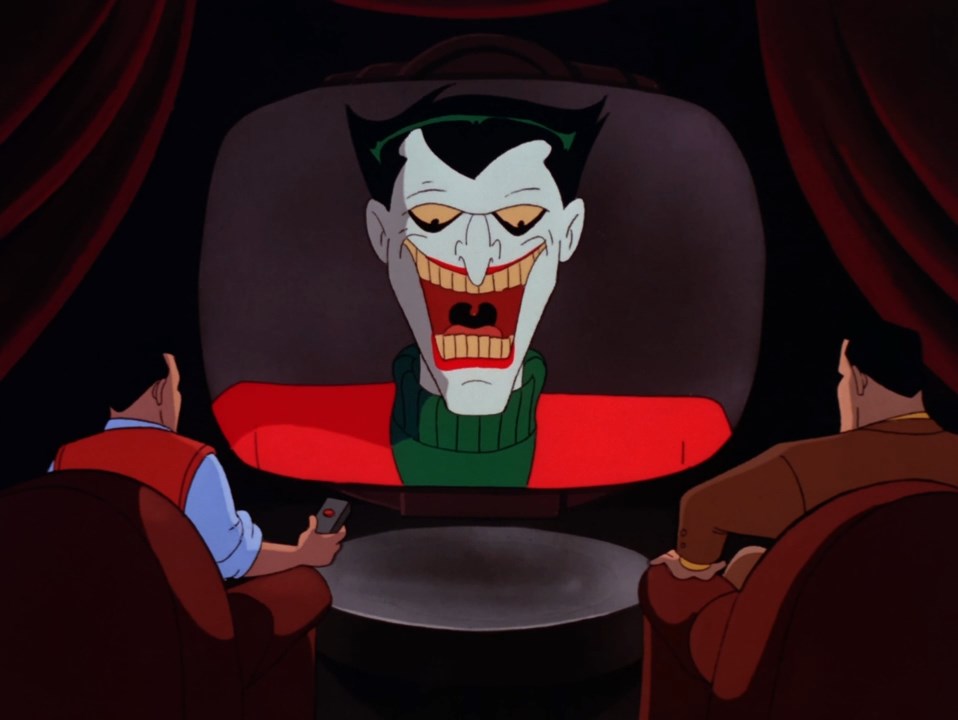 The rest of the episode is a send-up of many of the most iconic holiday media and traditions in recent memory. Bruce Wayne snubs his nose at It’s a Wonderful Life (“I could never get past the title”). The Joker puts on his very own celebrity-studded Christmas special, with guests like Commissioner Gordon, Harvey Bullock, and (also in her first appearance) Renee Montoya. And most wonderfully, Batman and Robin’s rescue of the “Awful Lawfuls,” scored by a dark, haunting rendition of The Nutcracker Suite ballet by the great Shirley Walker, who gives Tchaikovsky’s masterwork the same unforgettable treatment as Tim Burton’s Batman film scores when composing the themes of the series itself. 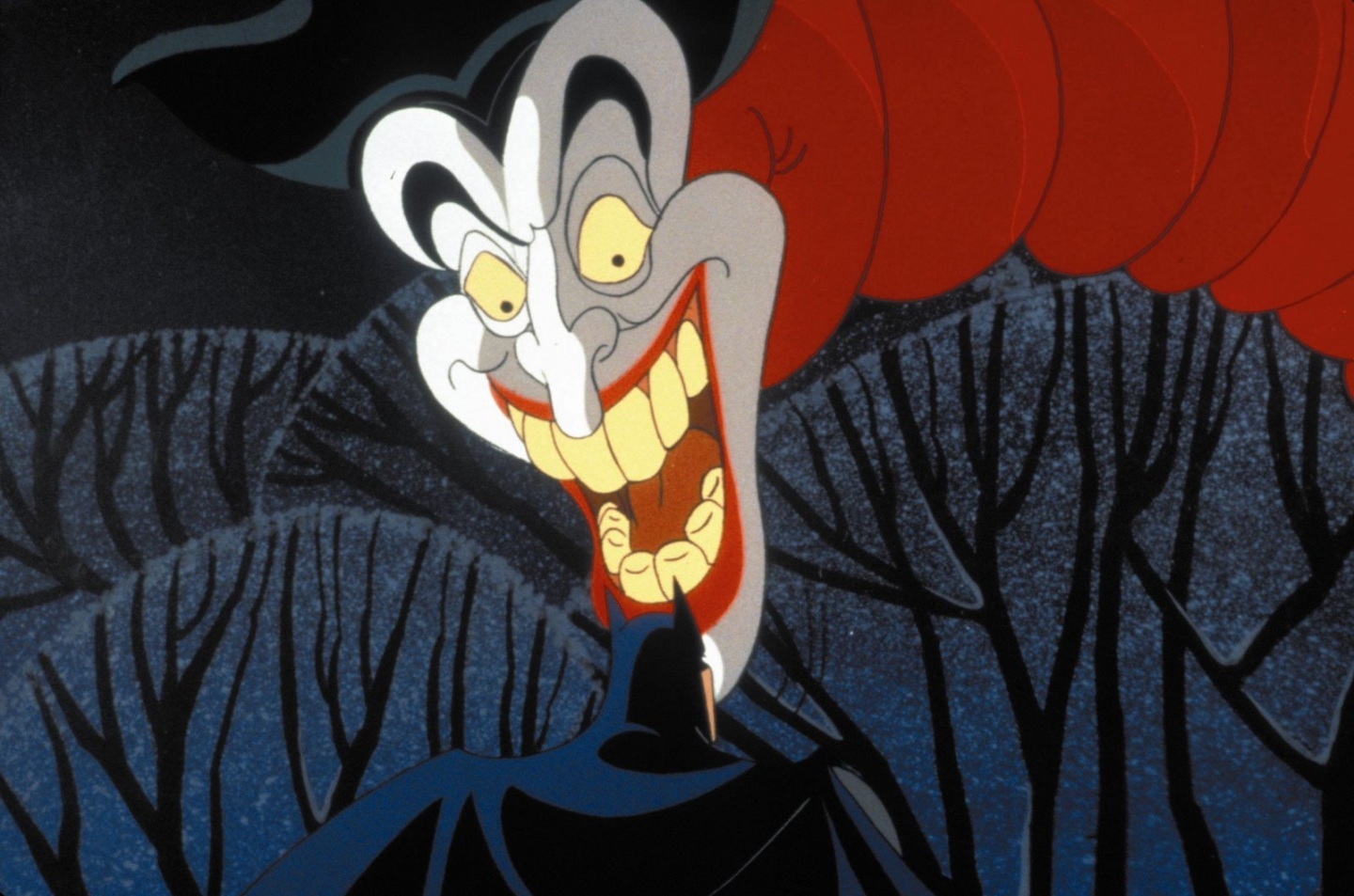 On a personal note: it was that very scene, with an enormous Jack-In-The-Box threatening Batman and Robin, which left a lasting impression on the mind of this particular writer as a young child. Growing up in a non-Christian household meant that Christmas existed as a distant, mostly unrelatable concept. But the atmosphere of this holiday special, the contrast its cheery overtones with the catastrophic stakes where lives hung precariously at the fingertips of a hypnotically charismatic madman, brought the magic of Gotham alive. Batman has always been a story of paradox: of fanciful costume, decorations, and enemies battling for a weighty, terrifying purpose. A human drama acted out in garish form and dazzling choreography. 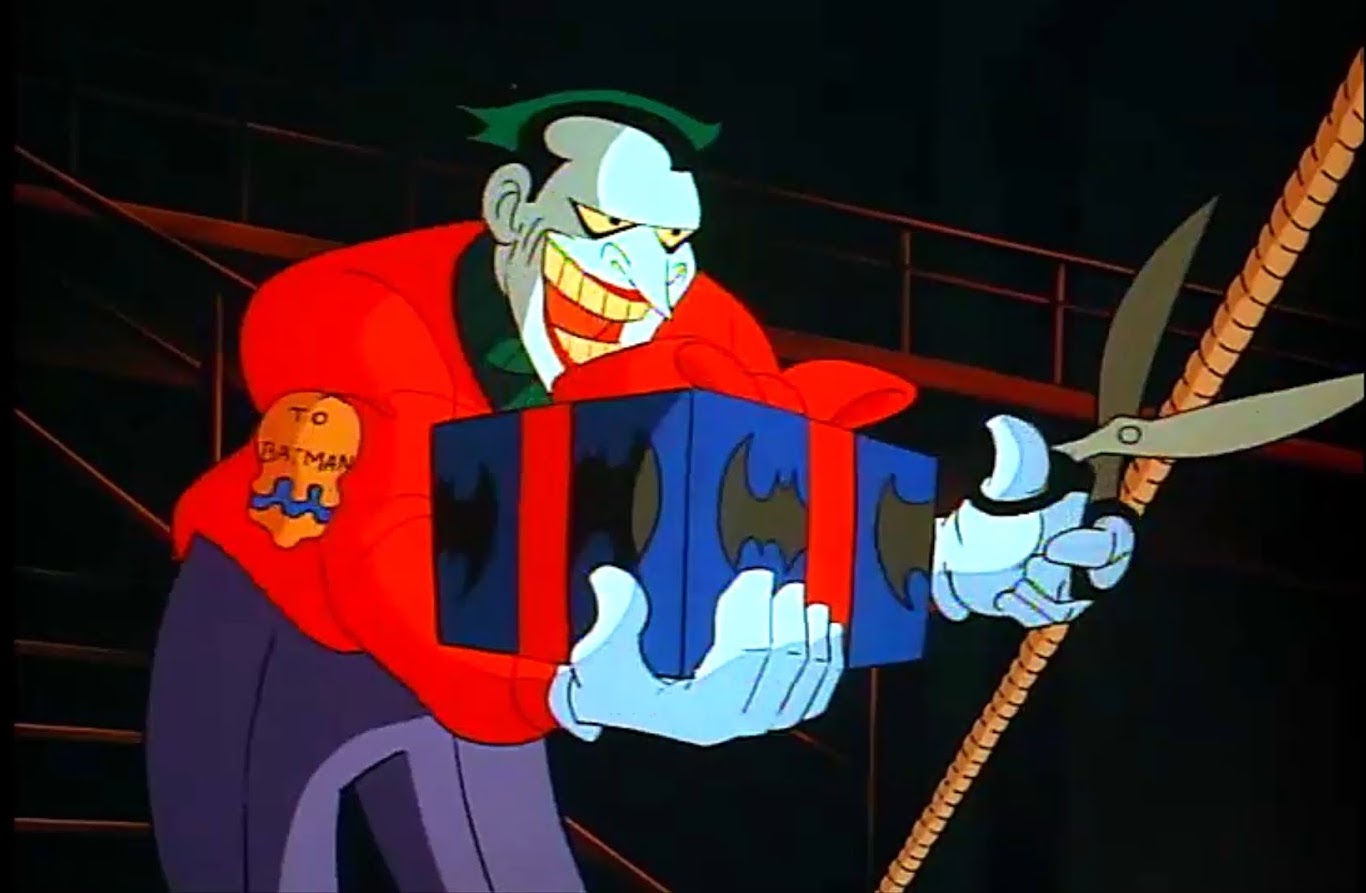 In other words… a ballet.

Here in this episode, the entire core of the Batman story is laid bare. It’s no wonder that Christmas has always been a focal point of Batman’s career: it’s when the contrast of his existence shines like a Bat-Signal against the snow-heavy clouds. And it’s this episode which made me a lifelong fan of Batman and the DC Universe. 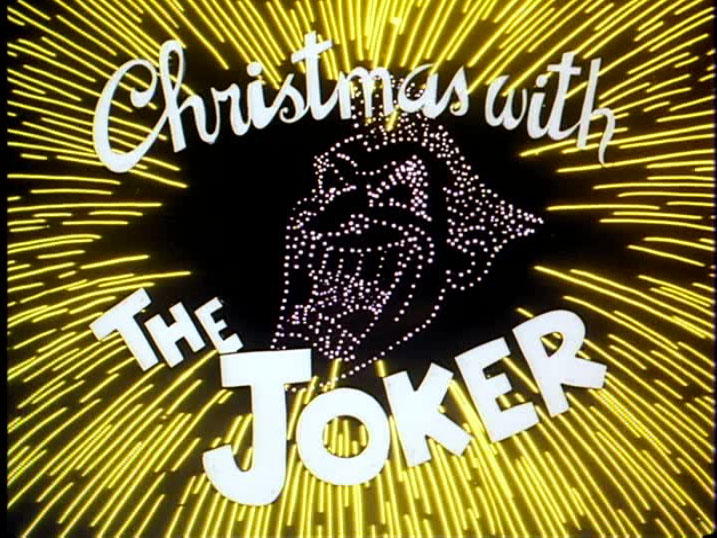 In the words of Bruce himself: “It… has its moments.”

What are some of your favorite Joker moments from Batman: The Animated Series? Let us know in our Community!