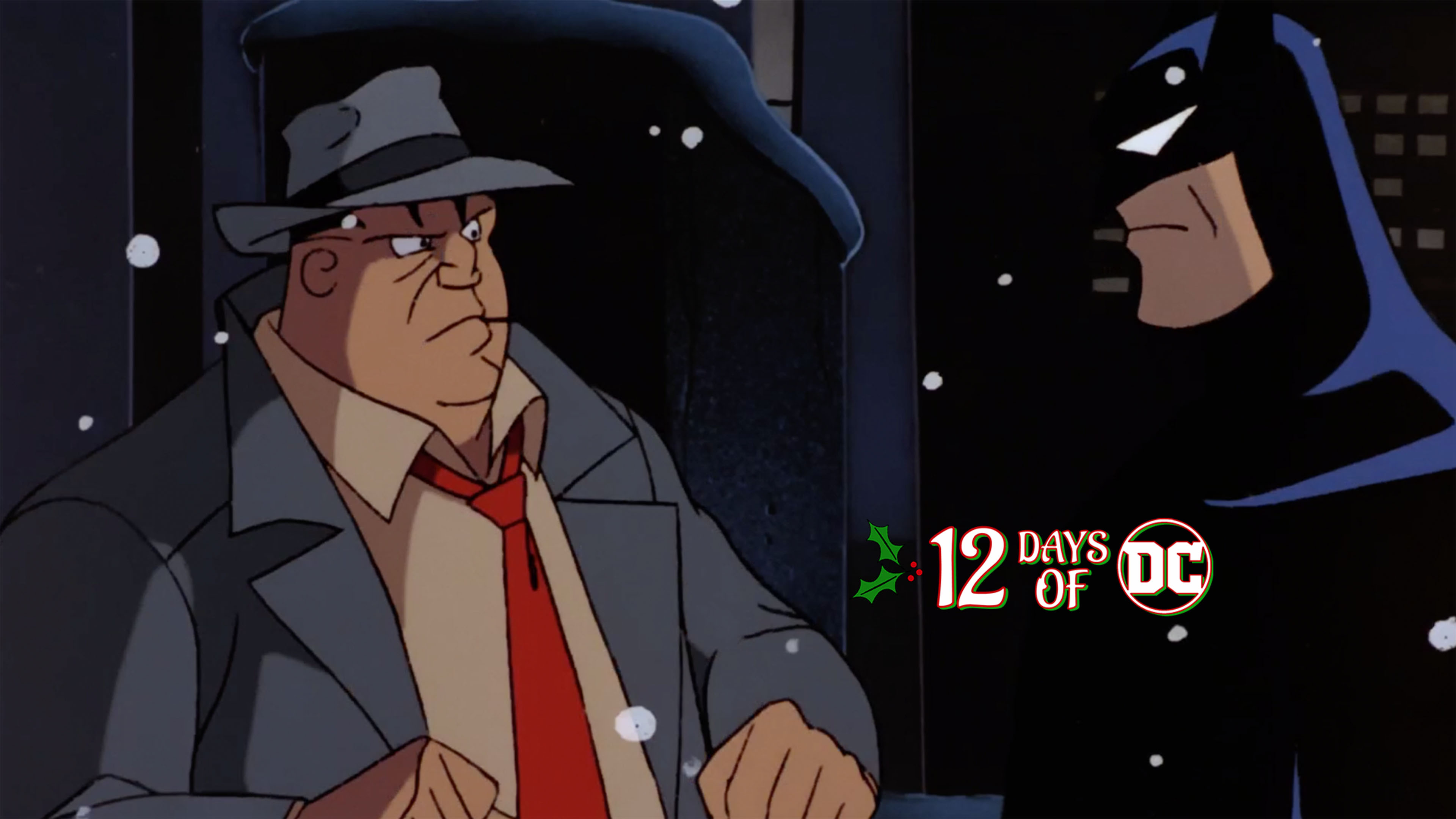 Batman has one of the most famous supporting casts in comics, and that includes the characters in the Gotham City Police Department. From Commissioner James Gordon who went on to star in his own television series to Det. Renee Montoya who headed up the multi-award-winning book Gotham Central, the GCPD has had its own world of memorable characters. But perhaps the most colorful of them all was featured in not one, but two noteworthy stories told in two separate mediums!

"A Bullet for Bullock" first appeared in Detective Comics #651, and was written by Chuck Dixon, with art by Graham Nolan, Scott Hanna and Glen Whitmore. It’s a light, done-in-one issue that comes shortly before the mega-storyline Knightfall that would run throughout the Batman titles for the following two years. The story was so well-regarded that it was quickly adapted into an episode of Batman: the Animated Series.

On a sullen evening, Det. Harvey Bullock is nearly run over and shot at by an unknown assailant. He contacts the Batman for help, not wanting any higher ups to look into his shady past. Batman agrees to run down a list of Bullock’s most notable arrests, which takes a long time to complete. 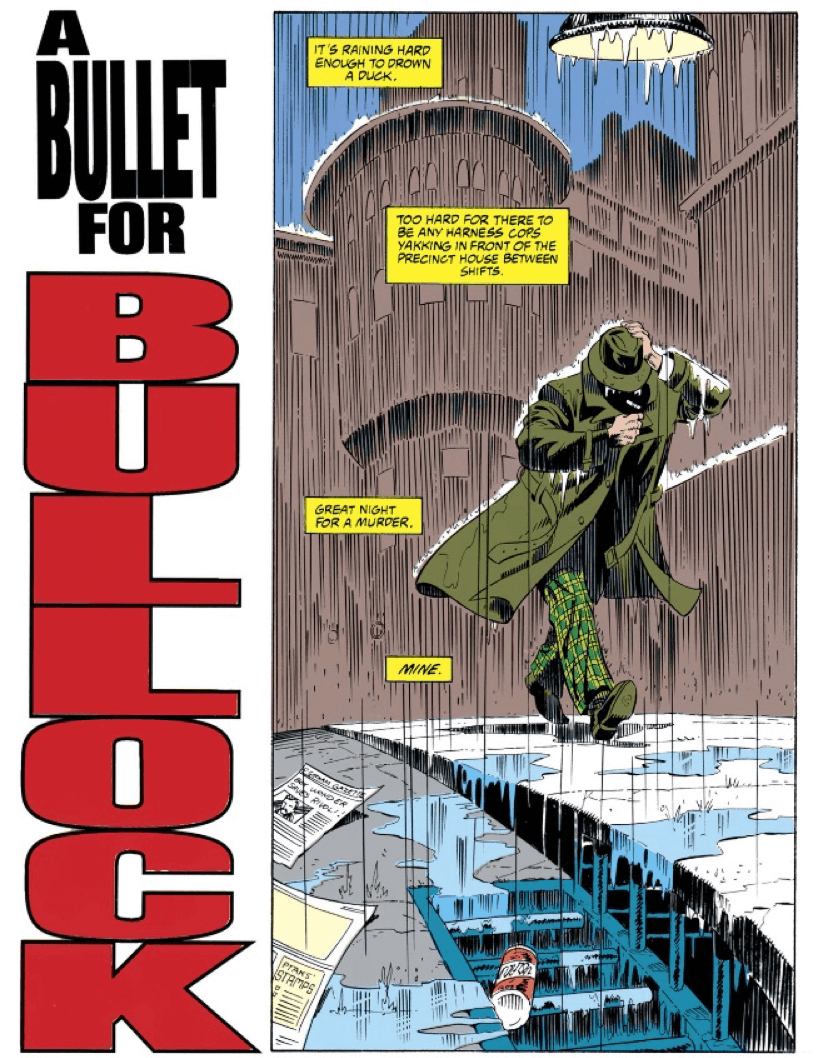 In the meantime, we see Bullock go sift through his life as a cop in Gotham City. He tackles murderous bank robbers, fights with his snooty landlord Nivens and lives in a terribly managed, roach-infested apartment. During the week he suffers another murder attempt when he’s shoved onto subway tracks one morning. Shaken and paranoid (and incensed that his bag of doughnuts was destroyed) Bullock is at his wits end when Batman returns with the list of suspects, narrowed down to one prime contender: a recently paroled drug smuggler named Vincent Sharkey – a.k.a. Vinnie the Shark. Bullock took down the Shark’s drug operation eight years previous, where he got 20 years but was released early for good behavior. Batman and Bullock head to the Shark’s old stomping grounds and find him back at work, hoping to revive his empire. They make short work of his muscle, and though Bullock puts the fear of God into Vinnie by threatening to shoot him, he keeps his promise to Batman for a clean arrest. 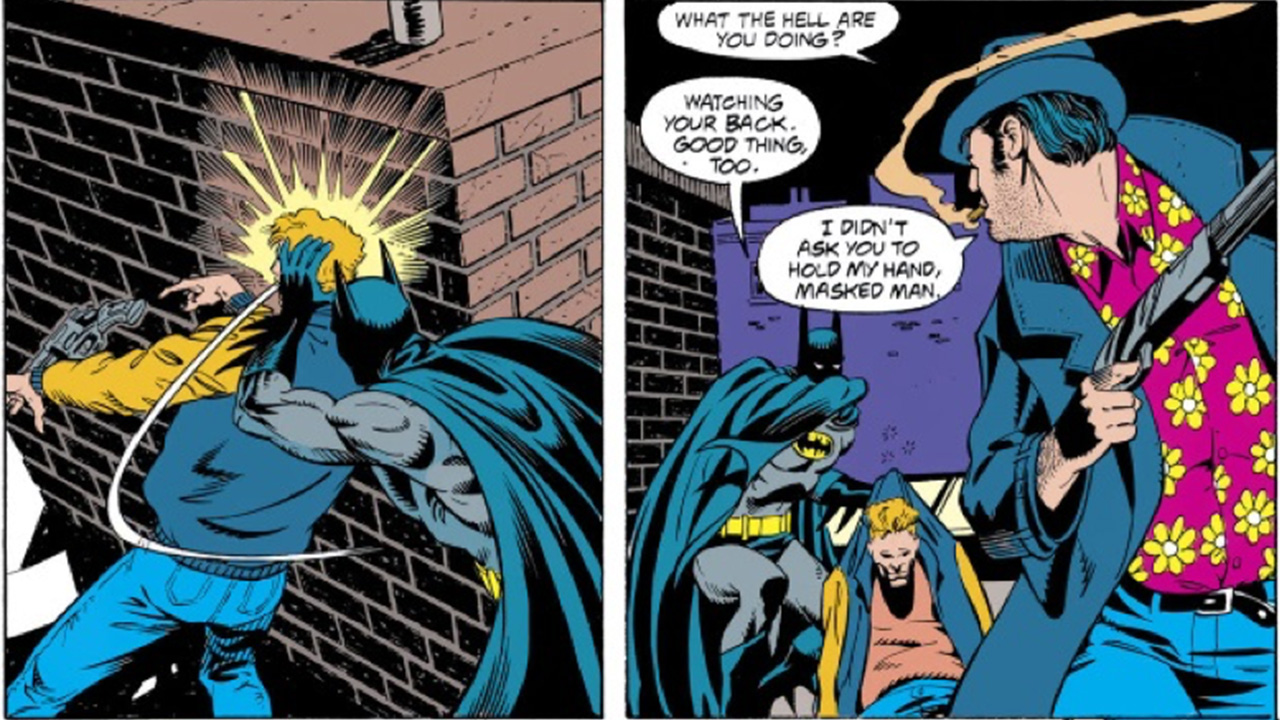 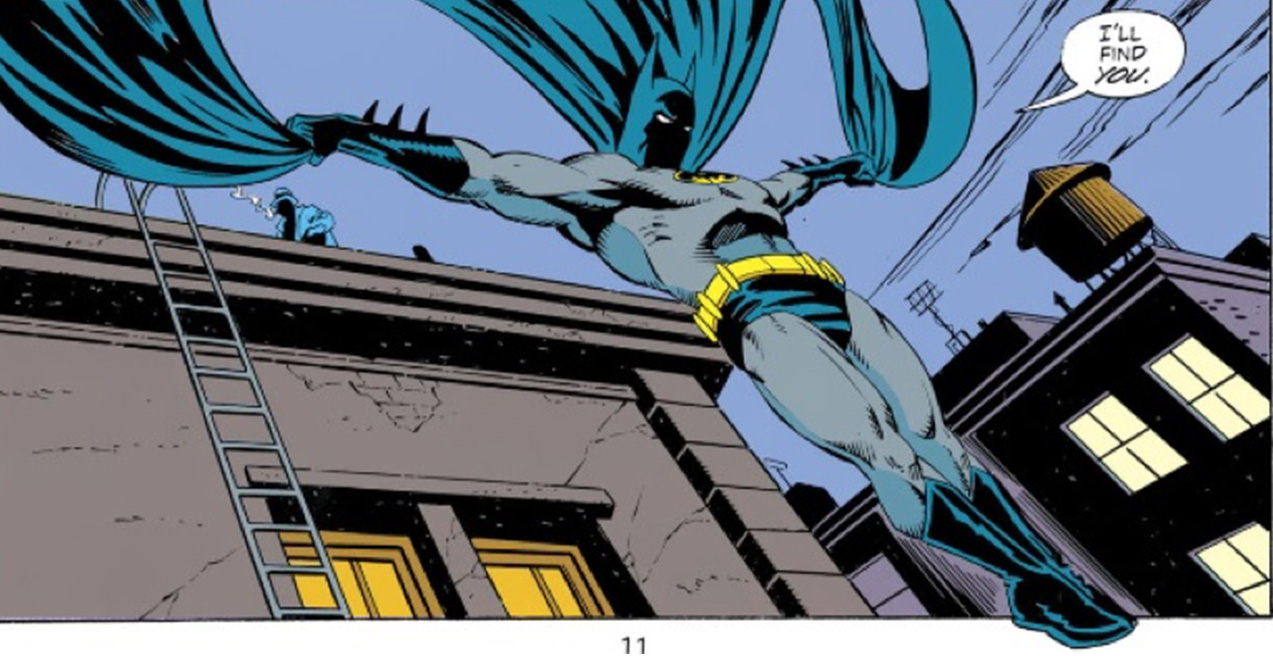 Back at GCPD headquarters, Bullock grills the Shark for the threats against his life, but the Shark pleads his innocence with an amused grin. Frustrated, Bullock heads home and is accosted by a masked gunman, claiming that he had no choice but to murder him as Bullock wouldn’t heed his warnings to leave town. Batman arrives just in time to save Bullock’s hide and unmasks the gunman. The culprit is Nivens, Bullock’s landlord, who claimed that Bullock’s rent-controlled apartment could be worth a lot if he’d vacate the building. The story ends with Bullock musing that he’d been thinking of moving anyway. 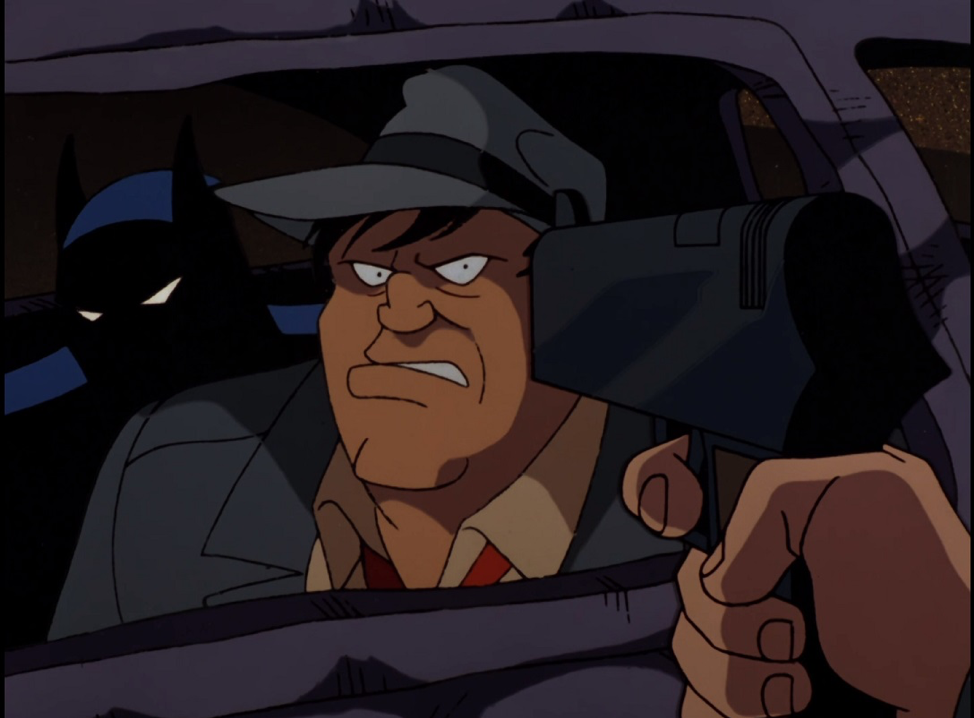 Batman: the Animated Series was no stranger to adopting real issues from the comics into episodes, but at the time of airing this would’ve been the most modern comic brought to life.  Detective Comics #651 had a cover date of October 1992, and the animated episode aired in September of 1995. Every scene from the comic found itself in the episode, with very few things changed for content. The subplot of the Shark’s drug racket was kept intact, as was the scene of Bullock and Montoya chasing the bank robbers. The only differences were that in the comic Robin was the one to run info on Bullock’s past arrests, while in the episode Batman left it up to the Batcomputer (Alfred also gets Robin’s line about Bullock looking like an unmade bed.) There’s also an additional scene of Bullock asking for information from Summer Gleason, while Batman located the Shark’s whereabouts from an errant drug dealer. Additionally, the episode was set around the holiday season, with snowfall setting around the various landmarks in Gotham, giving Bullock a rather lousy Christmas and New Year’s to celebrate.

What's your favorite Batman holiday story? Talk about it in our Community!