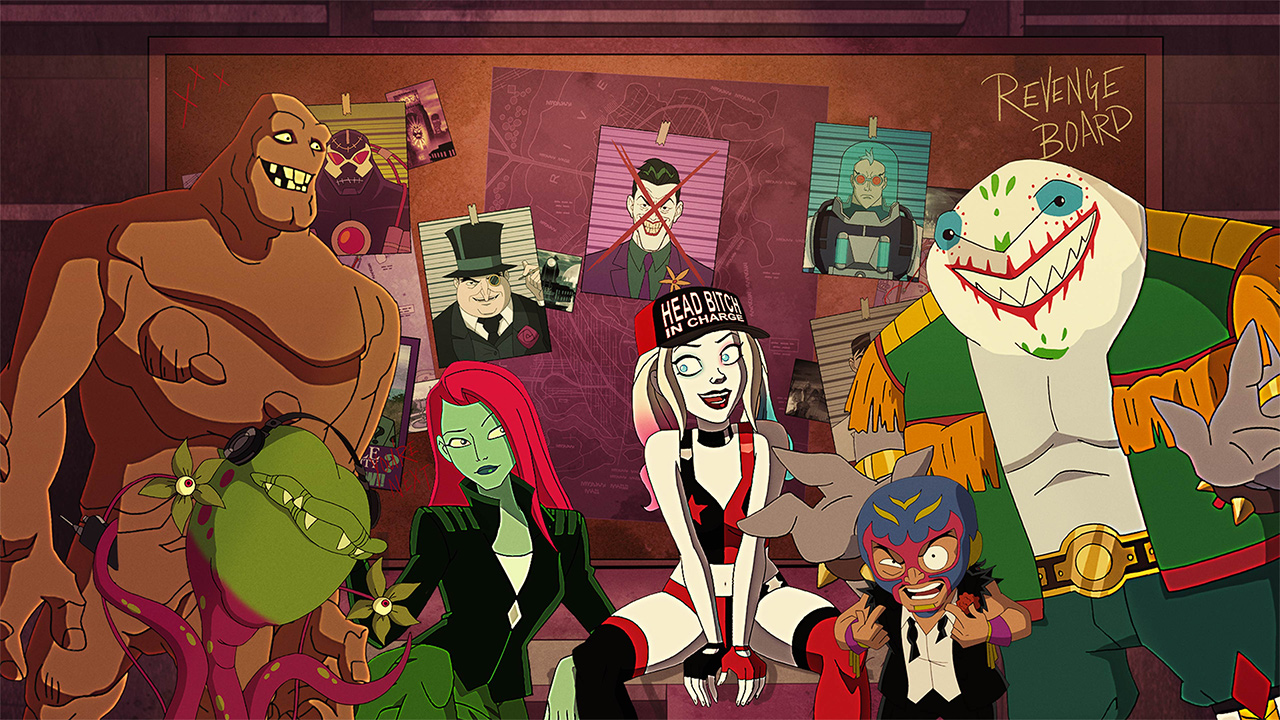 We look back at all the wild and crazy and just totally messed up stuff that went down in Harley Quinn season 2!

Now that DC Universe’s Harley Quinn has completed its second season, there’s nothing left to say except for “WTF was that crazy s**t?!” With the jokes coming a mile a minute, it’s easy to forget all the messed-up stuff that went down. But we’ve got you covered. In case you need another reason to binge Harley Quinn season 2, here are 10 WTF moments. 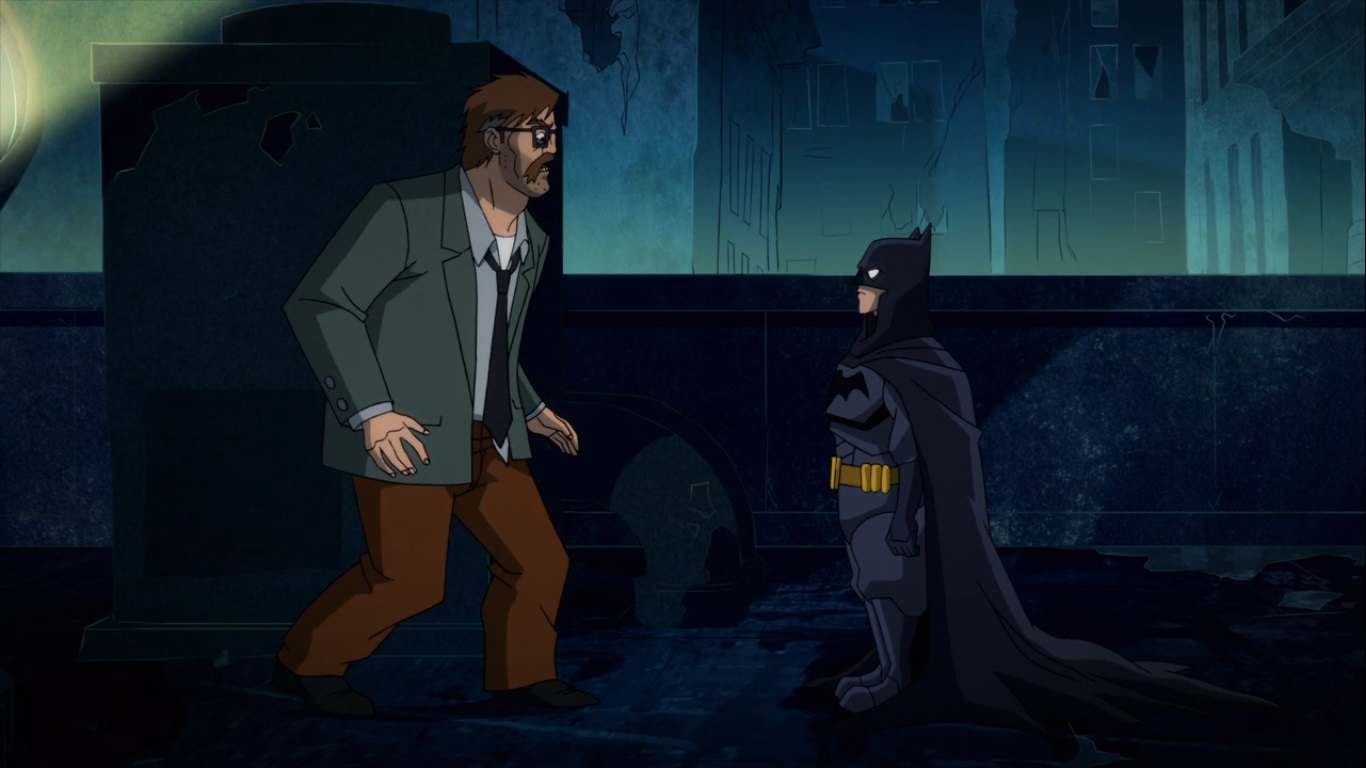 WTF Happened: With Batman out of commission, it was up to Robin to fill in his father’s boots – literally. The Boy Wonder, otherwise known as Gotham’s sweet potato pie, dressed up in a Batman costume that was a few sizes too small, and attempted to become the guardian of the city. We don’t think Damian will be joining the Justice League anytime soon, since Gordon was able to stun him with a half-empty plastic bottle. Dream big, Boy Wonder! 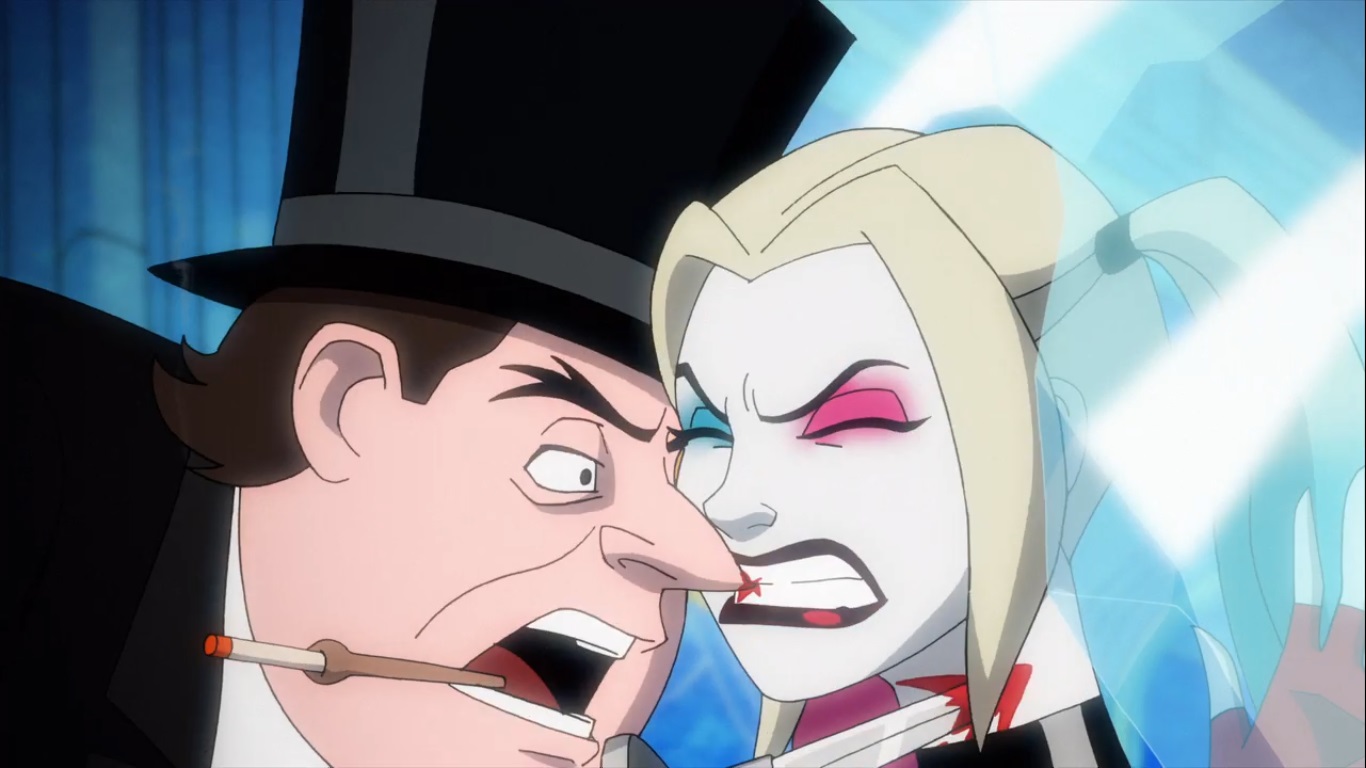 WTF Happened: Harley and Penguin’s final showdown was a shocker for a few reasons. First off, Harley bit off Penguin’s nose, giving Oswald some much needed karma for his heinous act in Tim Burton’s Batman Returns. It was gory, it was unexpected, and it was pure Harley. Then the Lady of Lunacy surprised viewers when she slashed the Penguin’s throat, killing the crime lord. Killing off a longtime Batman villain was a daring way to open season 2, and a shocking way to remind viewers that anything could happen. 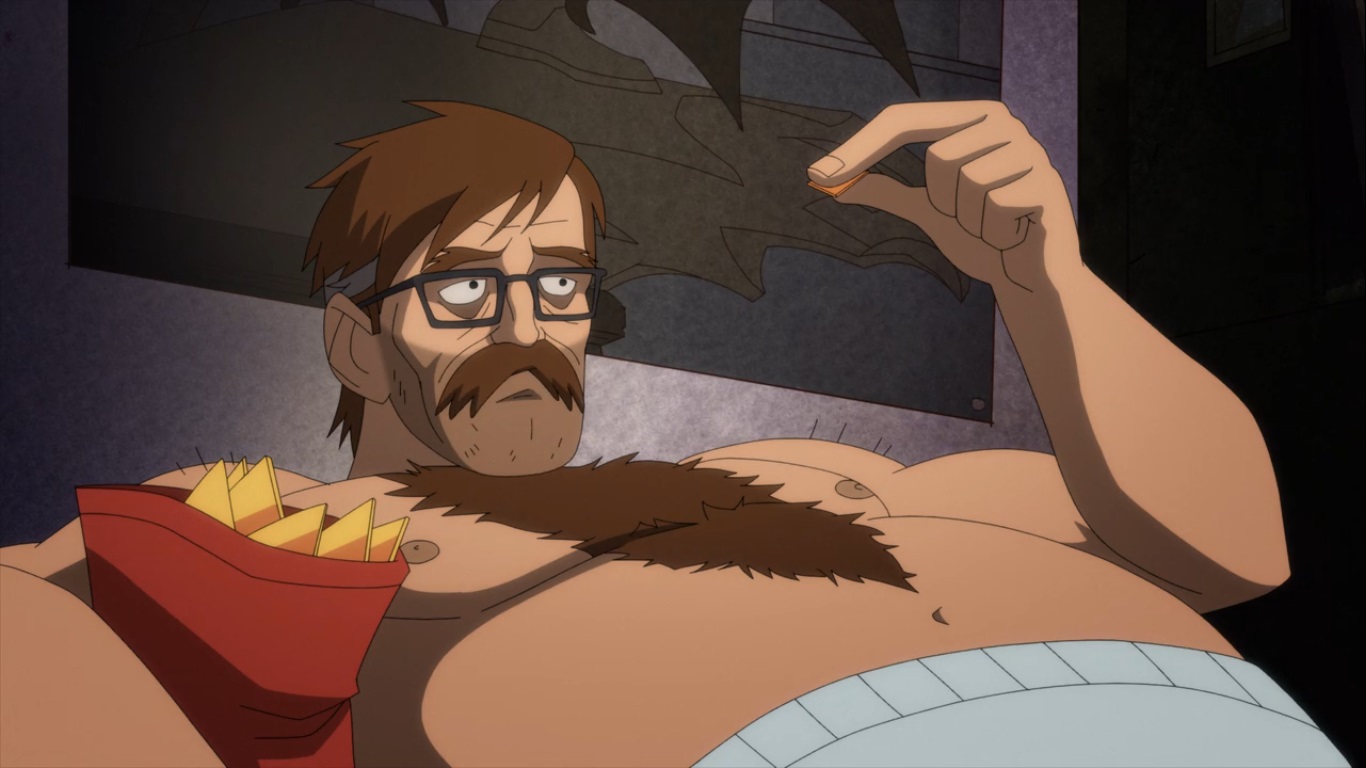 Episode: “Riddle U” and the whole season.

WTF Happened: Jim Gordon certainly went on a journey this season. First he lost his department, then his wife left him, forcing the homeless cop to crash at his daughter’s dorm. He ate chip crumbs off of his body hair, loudly farted, and drank beer in the shower. Even after he gave up drinking, Gordon spent the rest of the season making puzzling comments about how STDs have ruined certain parts of his anatomy. He also seemed way too familiar with the contents of the dark web. He’s a far cry from Neil Hamilton’s Gordon in the 1966 Batman television series, but he’s probably the type of renegade this version of Gotham needs. 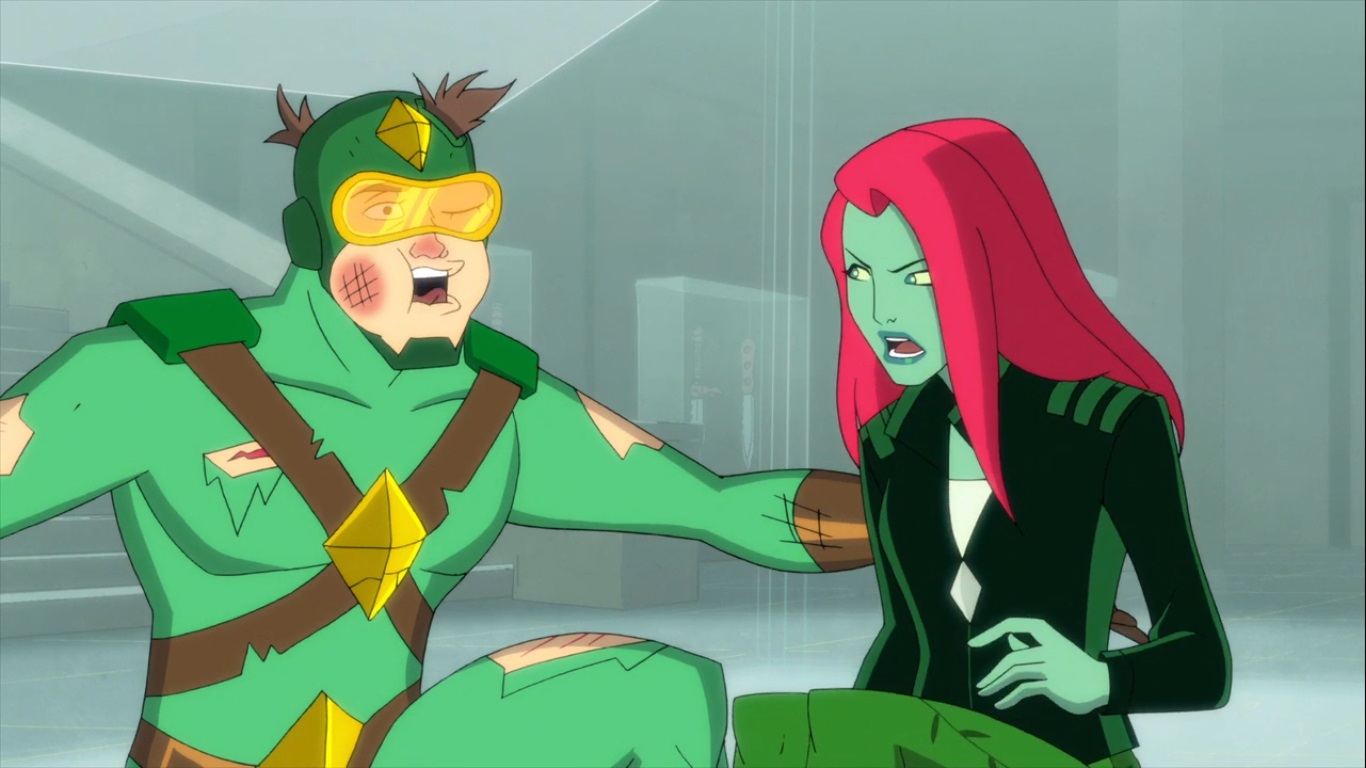 Episode: “Trapped” and almost every episode.

WTF Happened: Once again Kite Man spent an entire season proving he can’t read the room. He proposed to Ivy again, but did so while she was trying to escape a death trap and in the middle of another conversation with Harley. He also was incapacitated by a pencil, and it wasn’t even an evil pencil. How did he stay alive before meeting Ivy? Still, we have to give Kite Man credit for finding some agency in the finale, and making the decision to call off his wedding. Kite Man may not have found love, but he found self-respect. Could dignity be next? We’ll see… 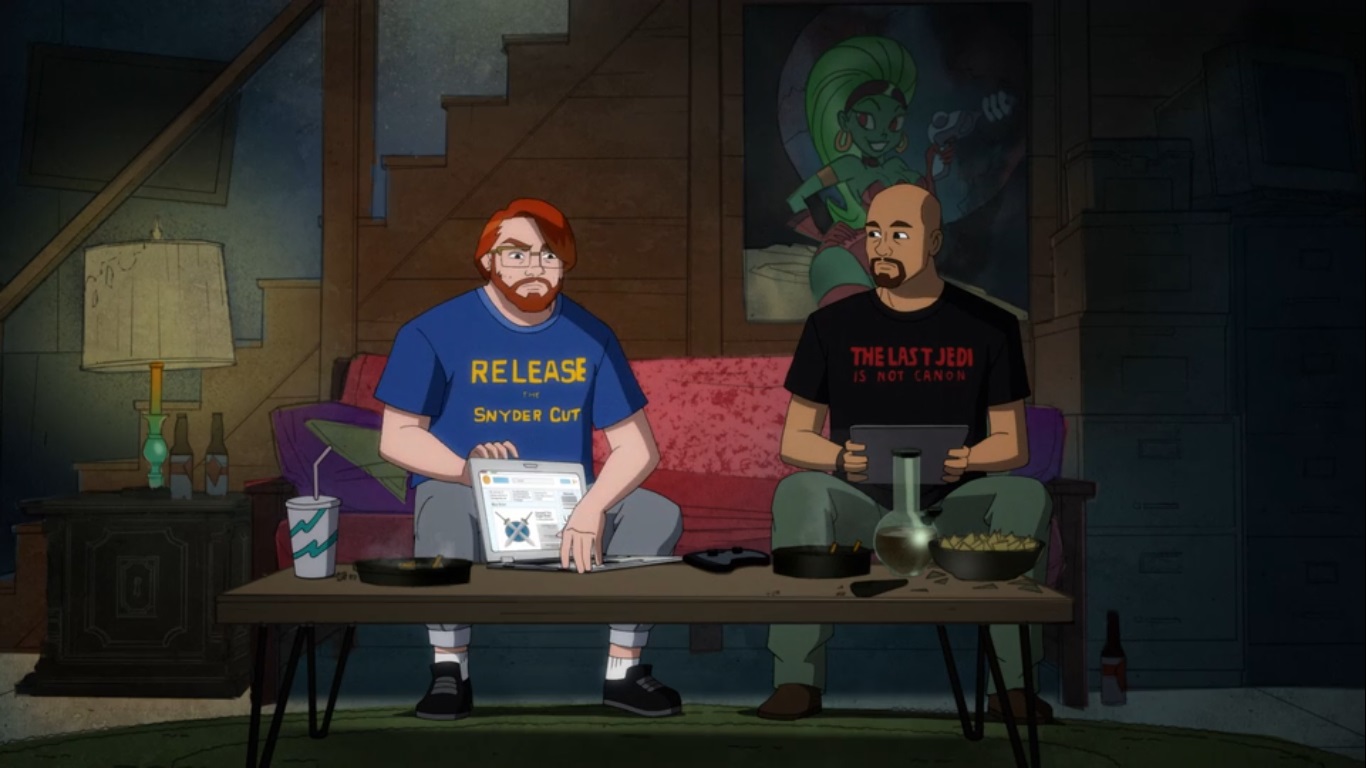 WTF Happened: How on Earth did the showrunners get away with the intro to “Batman’s Back Man?” The episode began with two nerds in a basement arguing about what they should watch, and the conversation felt all too familiar. If you’re reading this, then you’ve probably walked in on one of these online conversations before. The heated exchange was filled with statements like “because it wasn’t a f**king tsunami of virtue signaling.” One of the fans was even wearing a shirt that said “Release the Snyder Cut.” Not long after this episode was released, the Snyder Cut was officially announced. Did this scene have something to do with it? Probably not, but let’s allow the Snyder Guy to believe it anyway.

ALL RISE FOR JUDGE BANE 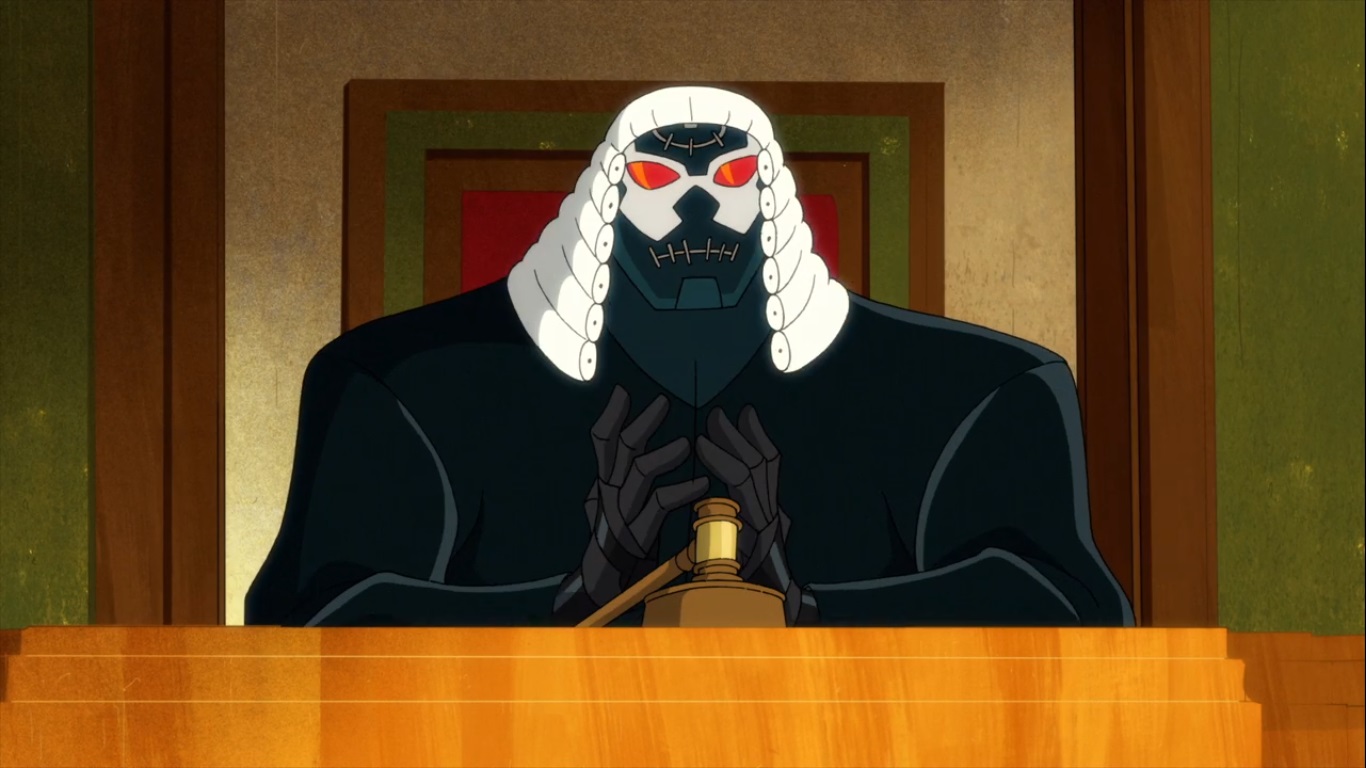 Episode: “There’s No Place To Go But Down”

WTF Happened: Season 2 gave us many unforgettable sights, but seeing Bane dressed as a trial judge is a contender for the most unusual. Comic book readers have seen Bane break Batman’s back, and more recently take over Gotham City, so seeing him as a bumbling judge was certainly jarring. In fairness, Bane attempted to be an unbiased judge, but it was hard to take him seriously in that outfit. Take a look at the picture we posted, and once you stop giggling, ask yourself if that looks like a man of integrity.

PLENTY OF S**T IN THE SEA 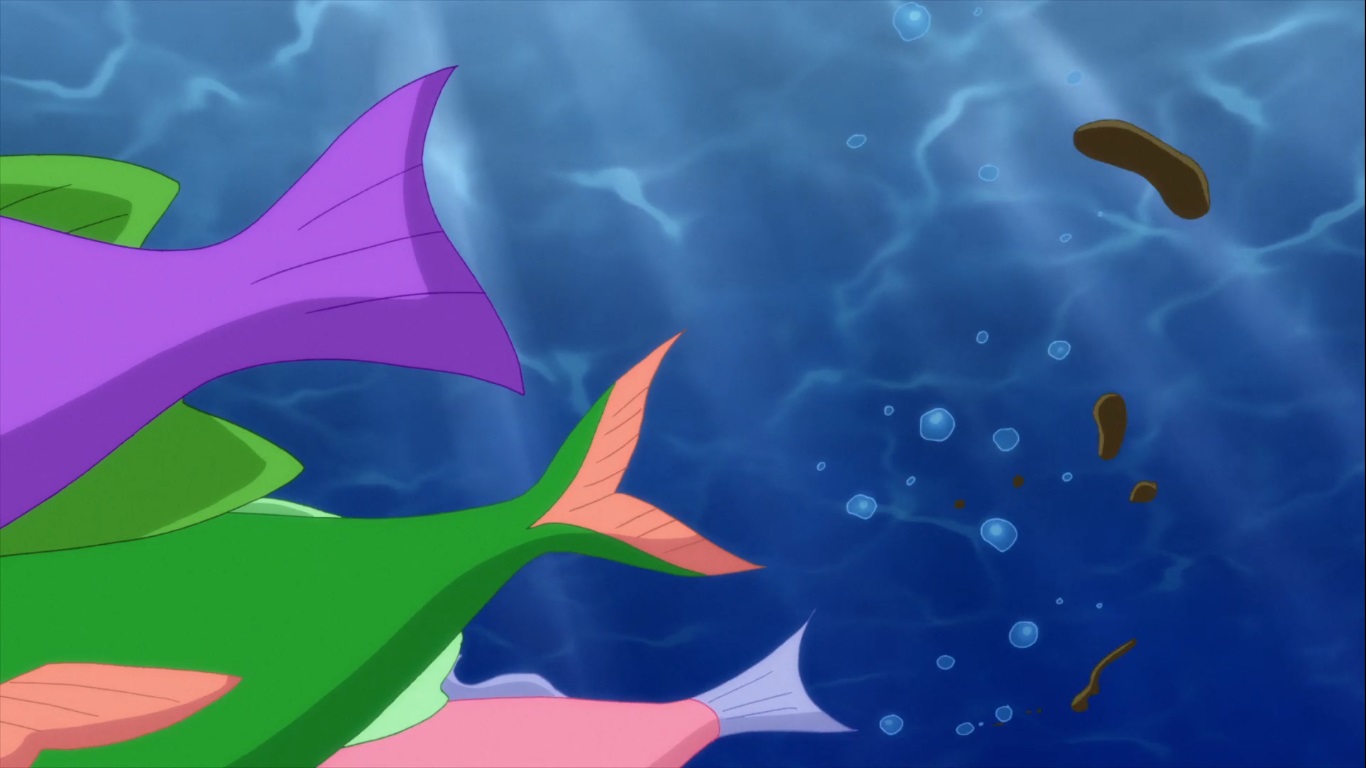 WTF Happened: This series has done some really random things, but we don’t think anybody was expecting a full-blown musical number about the joys of defecating in the ocean. A singing lobster tried to convince King Shark to return to his undersea life, and for some reason he thought the best way to do that was a choreographed number about s**t. At what point did somebody in the the writers room say, “This season should have a Little Mermaid song parody about pooping.” 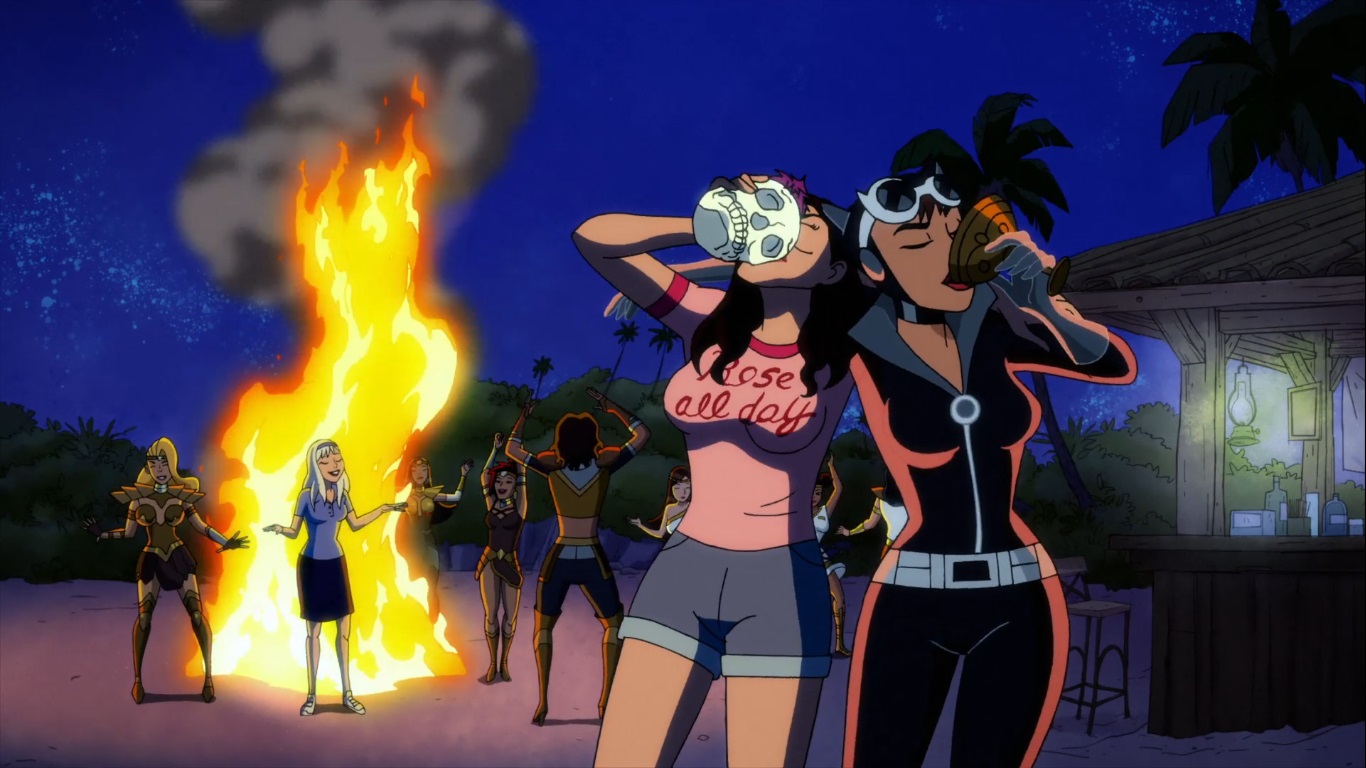 WTF Happened: We’re not shocked that the Amazons threw a wicked party, but hearing Queen Hippolyta say “We’re going to have a f**king rager” was surprising. This is Hippolyta, the majestic queen of Themyscira, a maternal figure who dates back to 1941.

WHY WOULD YOU MAKE THIS 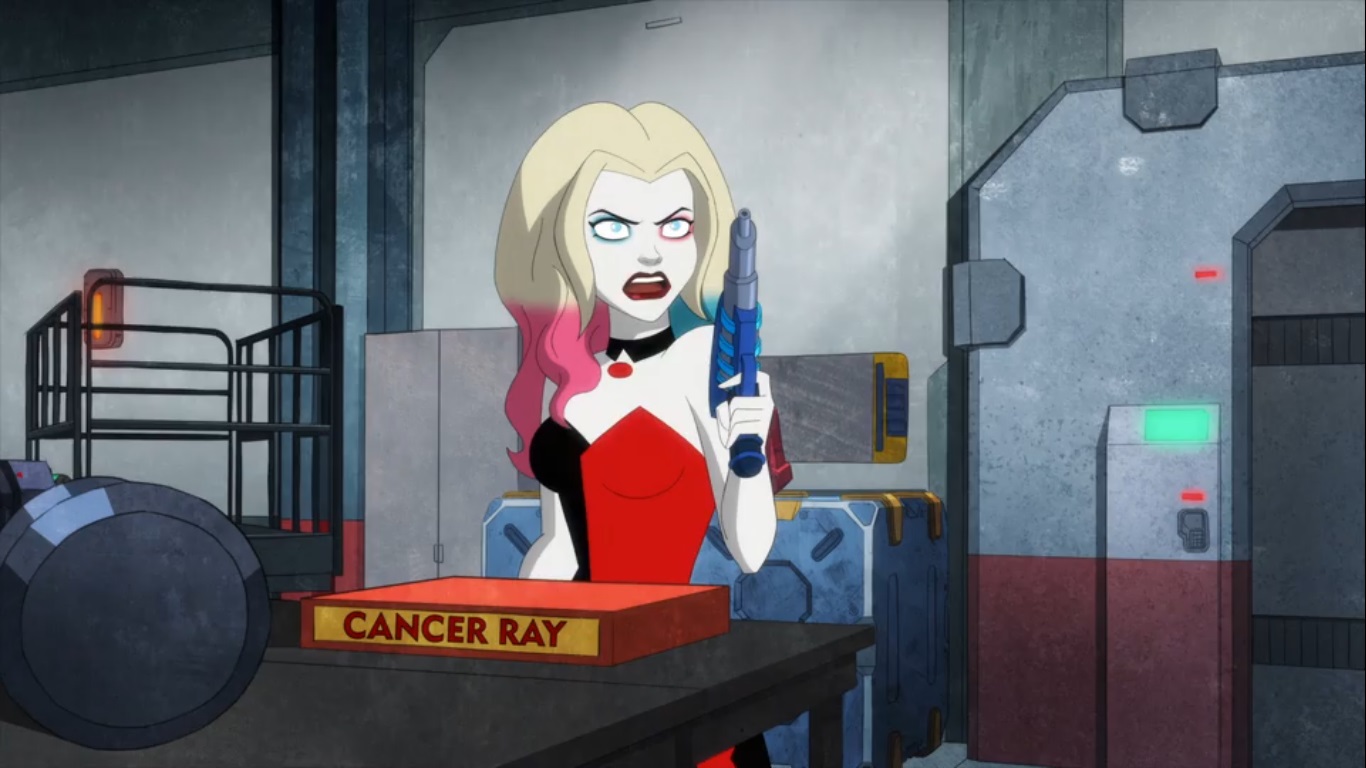 WTF Happened: While fighting off the Riddler’s goons, Harley picks up a nearby ray gun and fires it at one of the henchmen. To her horror, the Lady of Lunacy learns it was a WayneTech prototype for a Cancer Ray. Why would Bruce Wayne ask his company to build something like this, and why would they leave it laying around? Harley has done some pretty f’d up things over the course of the series, but even she recoiled with shock and regret this time.

BROTHER, CAN YOU SPARE A BITE 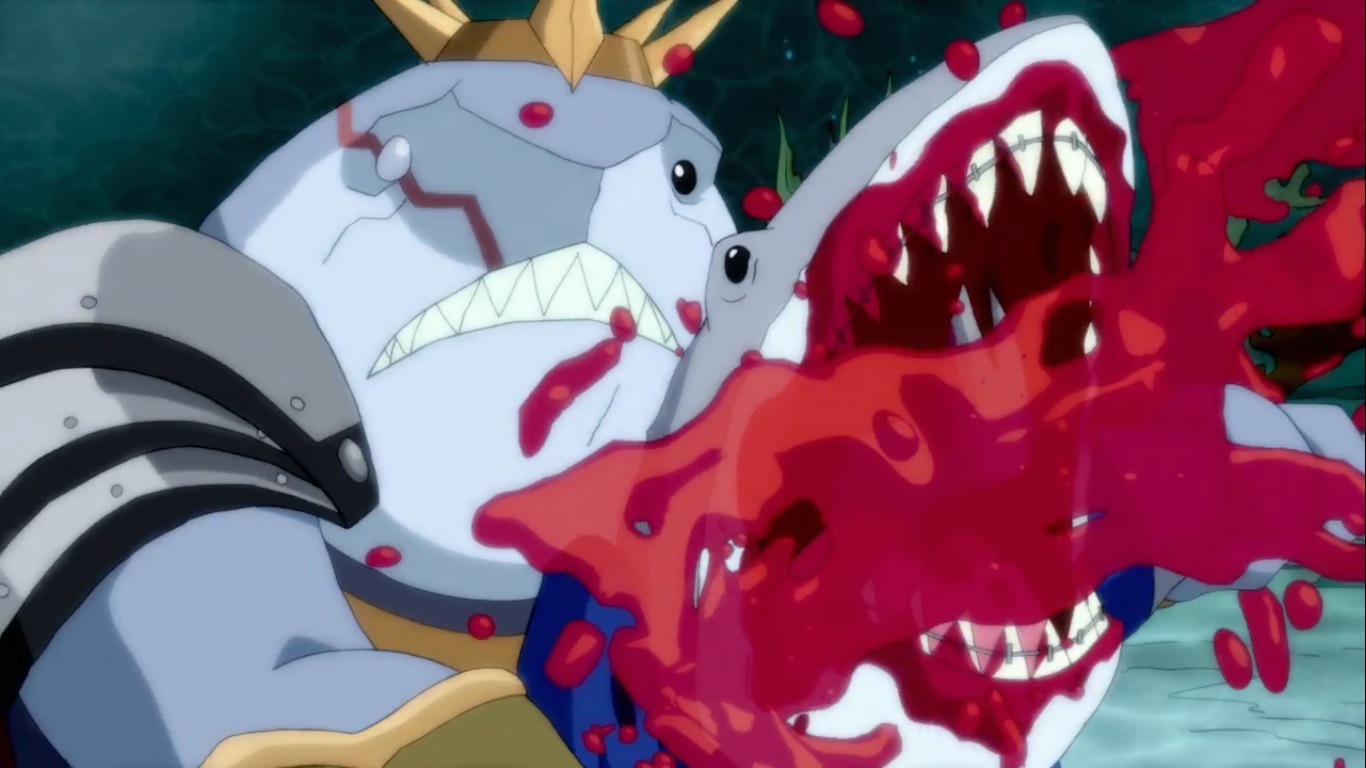 WTF Happened: After taking over Gotham, Doctor Psycho decided to entertain himself by probing King Shark’s mind. During his probing, we learned the pre-pubescent King Shark devoured his brother after a sniff of blood caused him to lose control. King Shark’s father tried to hold his son back, but to no avail. King Shark always seems like an upbeat fellow, but he’s clearly hiding some demons. 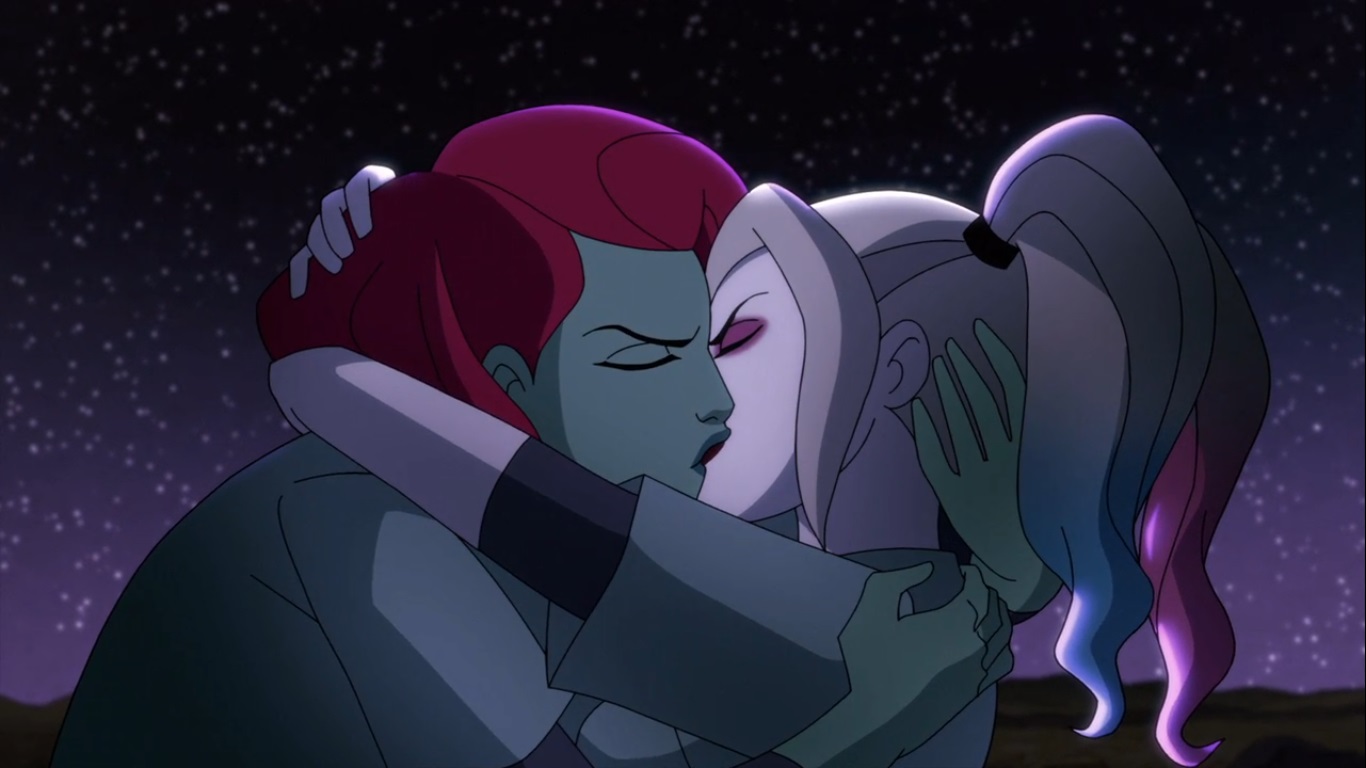 WTF Happened: We admit, there is nothing “WTF” about Harley and Ivy’s romance, but no listicle about Harley Quinn season 2 would be complete without mentioning this emotional saga. The road they took wasn’t an easy one. But both characters grew as people, and ultimately earned their happy ending. We cheered during their first kiss, our hearts broke when Ivy rejected Harley, and we were on the edge of our seats as Harley made the decision to fight for her true love. We were rewarded with the duo driving into the sunset after sharing a passionate kiss. This was everything we wanted and more, and the perfect way to close the curtain on season 2.

What were your favorite moments in HARLEY QUINN season 2? Let us know in our Community!