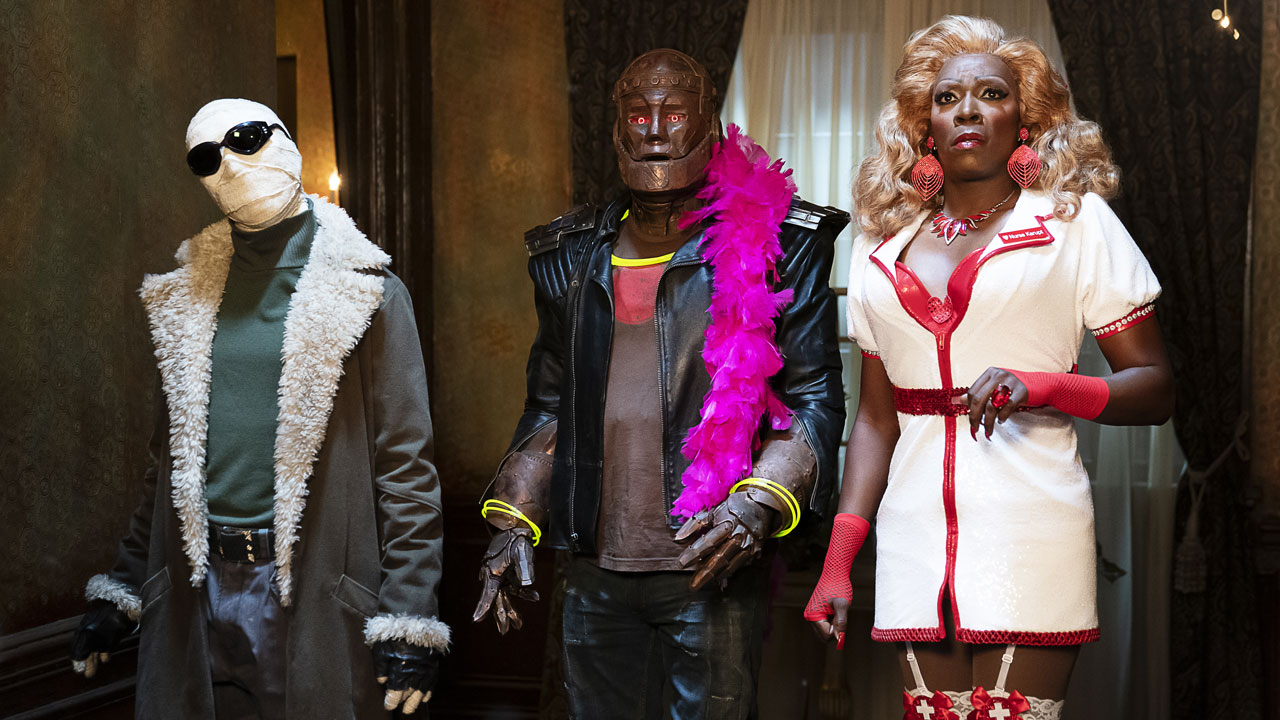 It started on a miniature racetrack and ended with an apocalyptic night at the carnival. All in all, another strange season for DC Universe’s Doom Patrol. These superheroes had their fair share of weird moments, from butterfly transformations to a battle against a cowboy doctor. Here are 10 moments from season 2 that made us sit up and say “WTF.” 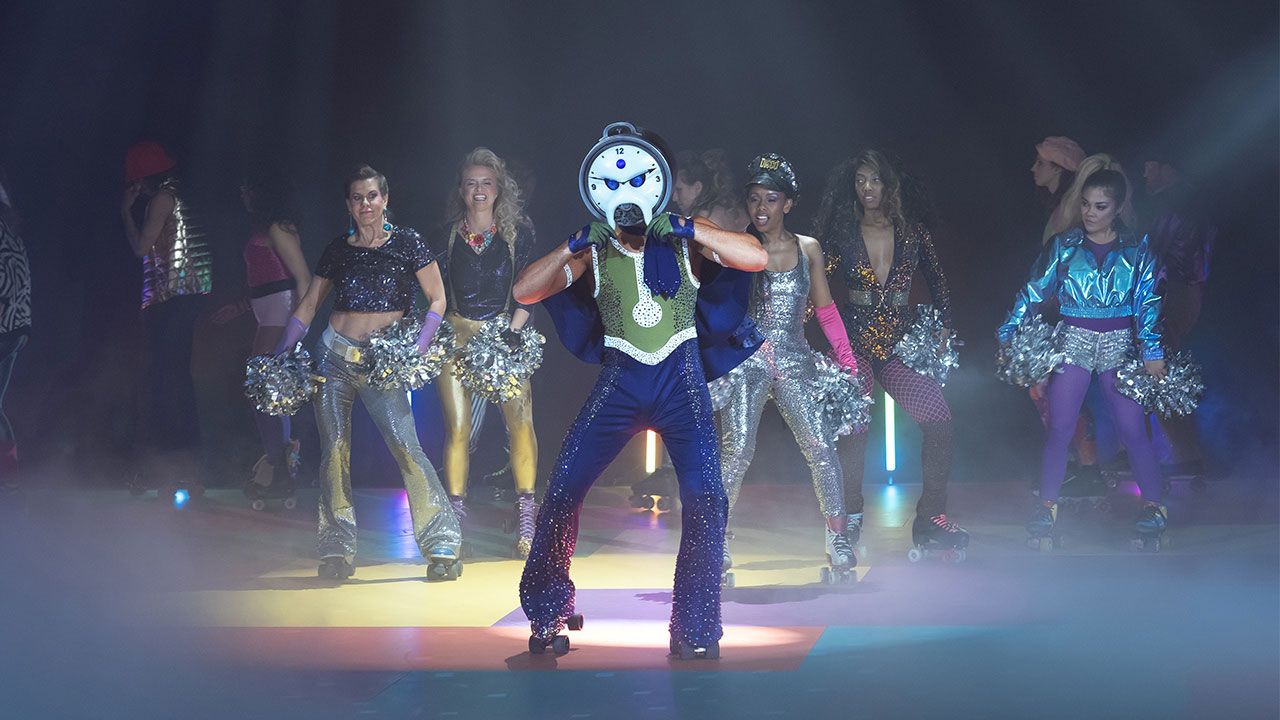 WTF Happened: Admit it, the idea of a villain running his own roller disco party sounds pretty cool. The Doom Patrol’s quest for Continuinum took them to Doctor Tyme’s realm, which was a never-ending roller disco celebration. Just don’t tick Doctor Tyme off, or he’ll use his chrono-powers to freeze you, rewind you, or generally mess with you. Rita was able to crack his head open, which spilled a bunch of Continuinum on the dance floor, but even that couldn’t stop the party. Time has no meaning in this realm, and the party never stops, so Tyme was able to be rewound to a point where his clock-shaped skull was intact. Can you think of any other superhero show where a battle took place at a roller disco?

BUTTERFLY IN THE SKY 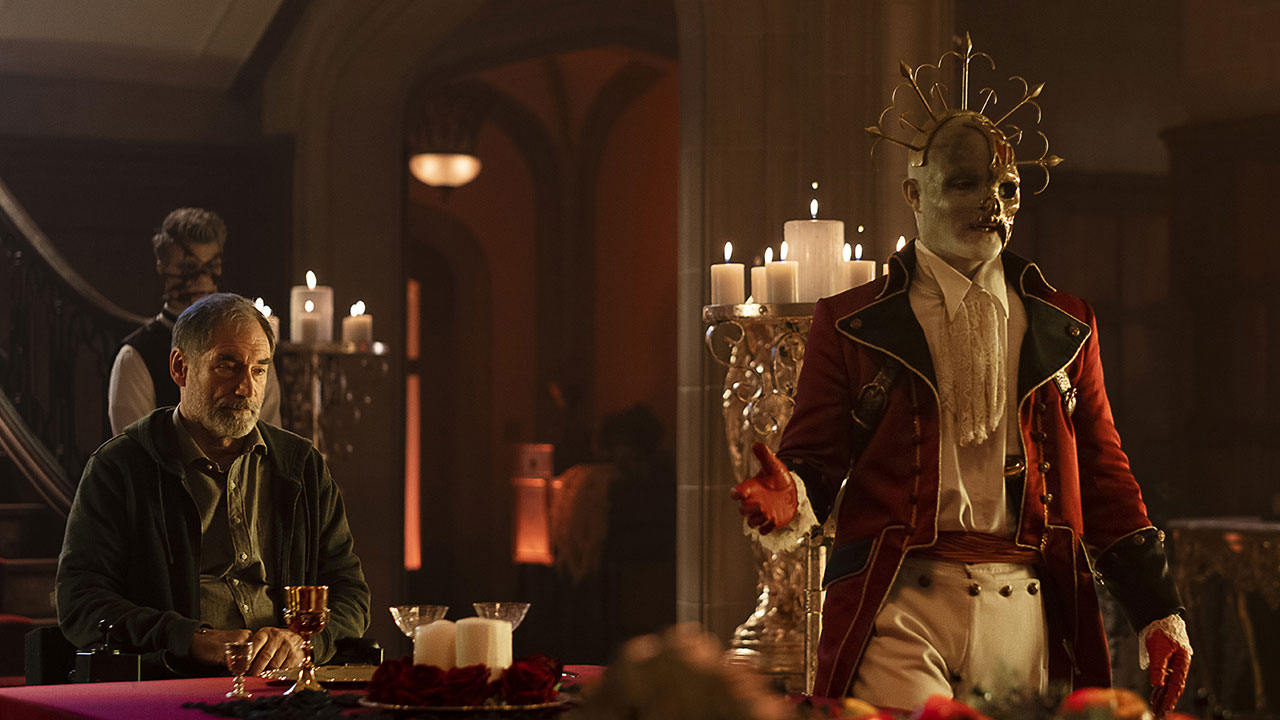 WTF Happened: What would you do if you had omnipotent powers? If you were Red Jack, you would turn people into butterflies. It might not be the best use of his godlike powers, but maybe he just really likes butterflies. Niles, Larry, and Rita began to transform, and it was a nightmare of body horror. The image of the wings sprouting from their backs will stay in our dreams for years. Luckily Niles was able to stab Red Jack in the neck, which halted their painful butterfly transformation. Either way, you’ll never look at a butterfly the same way again after watching this gruesome sequence.

INVASION OF THE SEX GHOSTS

WTF Happened: The Doom Patrol and the Dannyzens threw a big party to revive Danny the Street, only to find their celebration invaded by Sex Ghosts. To make matters worse, the Sex Ghosts were being led by a Sex Demon named Mister Evans who had a giant periscope on his head. If Mister Evans gives birth, and the baby cries, the entire world will end. Luckily the Sex Men, a police force designed to combat Sex Demons, were on the case. We’ve seen the episode dozens of times, but we still can’t believe it exists. 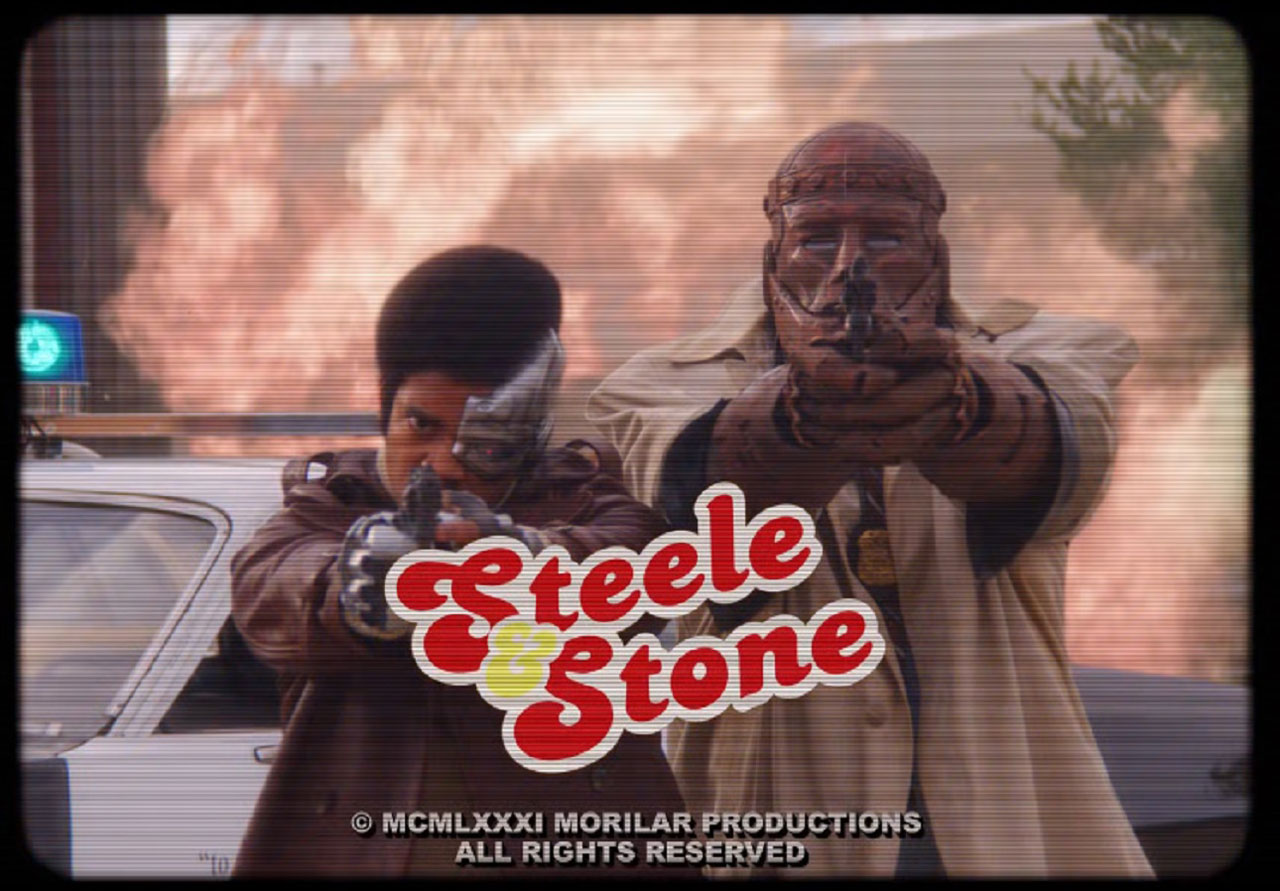 WTF Happened: How does a former racecar driver occupy themself while waiting for their cybernetic friend to make up with their war criminal girlfriend? If you’re Cliff Steele, you fantasize about a hypothetical 1970s cop show called “Steele and Stone.” This was one of the most memorable sequences of the season, with every single police procedural cliché crammed into one scene. The hair, the clothes, and the funk soundtrack – it was nothing short of dyno-mite! 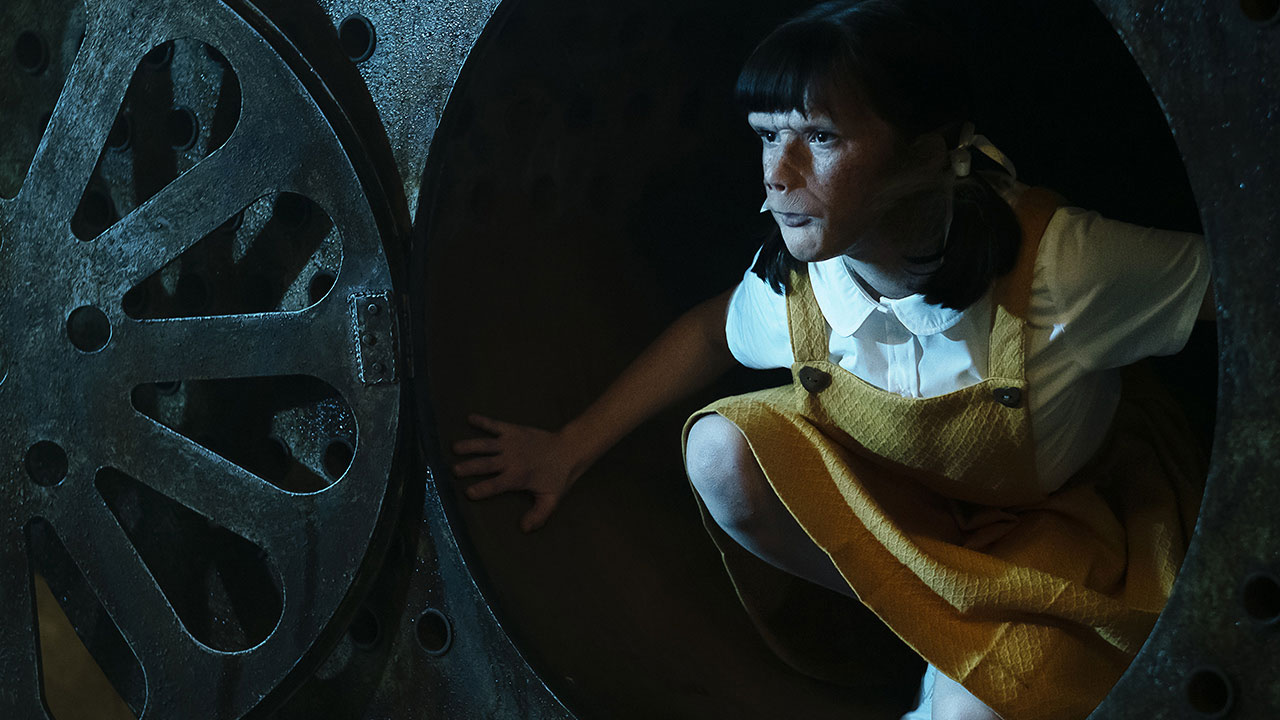 WTF Happened: Dorothy and Baby Doll’s playdate started out innocently enough. The two young girls played tag, had a tea party, and put stickers all over Cyborg. It was all good fun...until they played hide and seek. Baby Doll locked Dorothy in a furnace, and Dorothy summoned her imaginary friend Manny for protection. Baby Doll became Flaming Katy, and burned Manny to death. As a result the Candlemaker was unleashed, and he followed Flaming Katy and Baby Doll into the Underground, brutally murdering them both. This is why play dates should always have adult supervision -- and furnaces should be off-limits for hide and seek.

WTF Happened: The Chief is one of the most unpredictable characters in the DC Universe. He’s done plenty of bad stuff, like engineering the accidents that transformed his team into freaks, but he claims to be doing things for the right reasons. After finally making peace with Cliff, Niles blasted him out of an airlock, leaving Robotman stranded in space. It took a lot of soul-searching for Cliff to forgive Niles, and then seconds later he’s floating through the vacuum of space. This is why we all have trust issues.

WTF Happened: Larry tried to reconnect with his family this season, and things didn’t go so well. After an encounter with government agents, Larry’s grandson wound up in the hospital, and his family forbade him from visiting. Angry relatives and armed guards weren’t going to stop Larry, so he and Flit teleported into the hospital, and disguised themselves with doctor coats. You see, Negative Man doesn’t usually wear a doctor’s coat, so the government agent shouldn’t recognize him. It turns out they did, because Larry’s idea was dumb. In fairness, it wasn’t his fault, which brings us to our next entry… 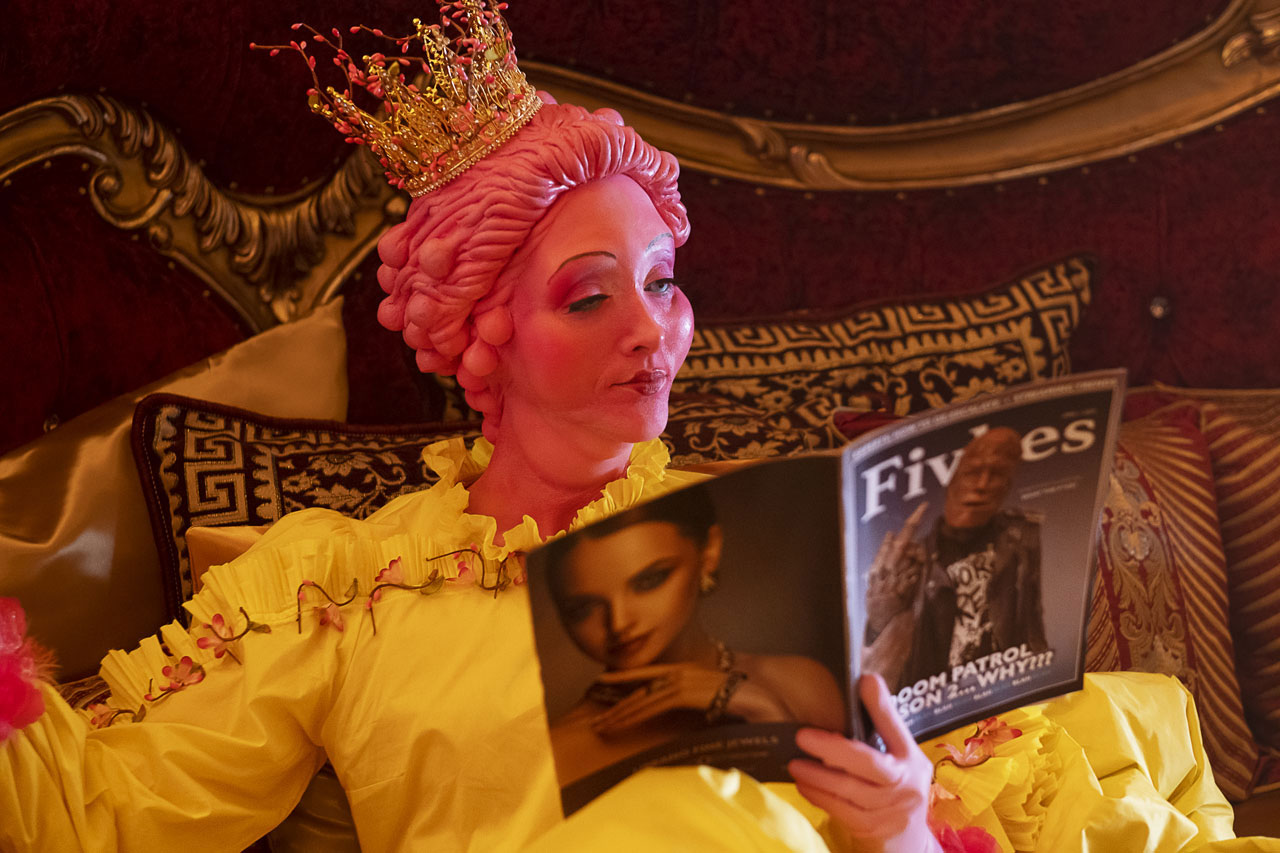 WTF Happened: The Doom Patrol traveled inside of an empty canvas in order to investigate an infestation of Scants. It turns out that Scants were responsible for all of their dumb ideas, and as the episode went on, the ideas got dumber. Cyborg allowed the team to be captured by the Scants, which brought the group face to face with the Scant Queen. She wanted to use their bad ideas to make Uma jelly, which would’ve powered her hive. The little pink weirdos were a sight to behold, and their queen was a strange one, even for a show like Doom Patrol. Thankfully Miranda was able to save the day, but we won’t be forgetting the Scants anytime soon. 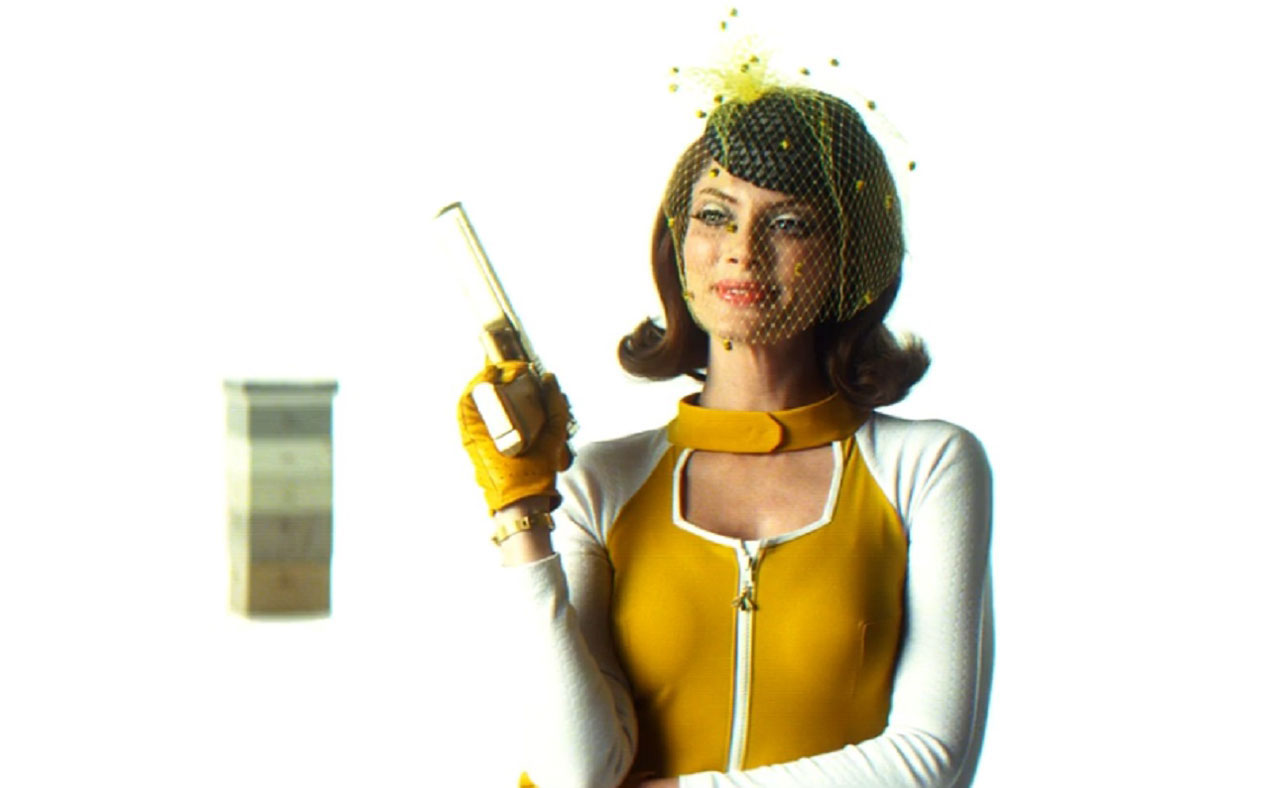 WTF Happened: Cliff isn’t the only one who can imagine a television parody. Of course, while Cliff dabbles in 1970s cop dramas, Rita prefers the refined taste of 1960s spy productions. “Beekeeper and Borg” was a fun remake of The Avengers, and we’re not talking about those marvelous spandex folk. The Avengers Rita had in mind were a pair of 1960s British TV secret agents who dressed well and carried around umbrellas. The fantasy sequence gave us the unforgettable sight of Cyborg in a bowler hat, which needs to become a part of his regular attire. (Can they put that in the Snyder Cut?) The scene was a fun throwback to another era of television, and an interesting glimpse into the mind of Rita Farr.

WTF Happened: This season ended with a night at the carnival with imaginary friends. That would’ve sounded like a pretty awesome evening when we were eight years old, but the way it played out was a bit more frightening. The Candlemaker arrived, and put the Doom Patrol up against their childhood imaginary friends with chilling results. Robotman faced a vulgar version of Jesus, Rita had a tap-dancing contest with a magazine cutout, and Cyborg took love advice from a cowboy doctor. It was scary, it was weird, and it ended with the team covered in wax. If that’s not the most unpredictable way to close out a season, we don’t know what is!

What were your favorites moments from DOOM PATROL season 2? Let us know in our Community!