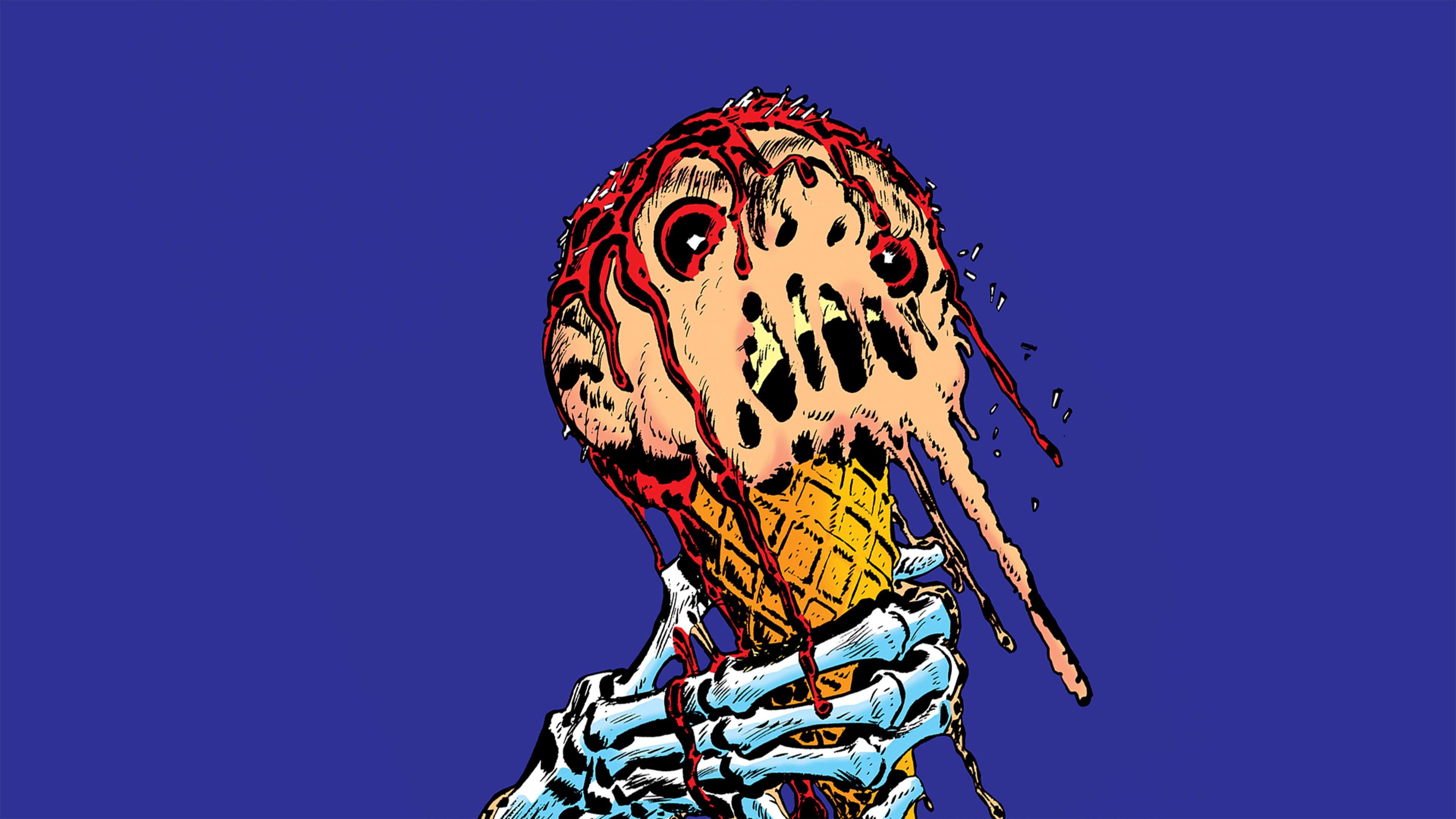 10 Scary DC Stories to Read in the Dark

If you're lookin for some extra chills this winter season, we've got just the thing to scare your pants off. With over 23,000 comics, our library contains more than just superhero stories. Check out these 10 offerings from DC’s various horror anthologies. See if you could read all 10 of them with the lights off! 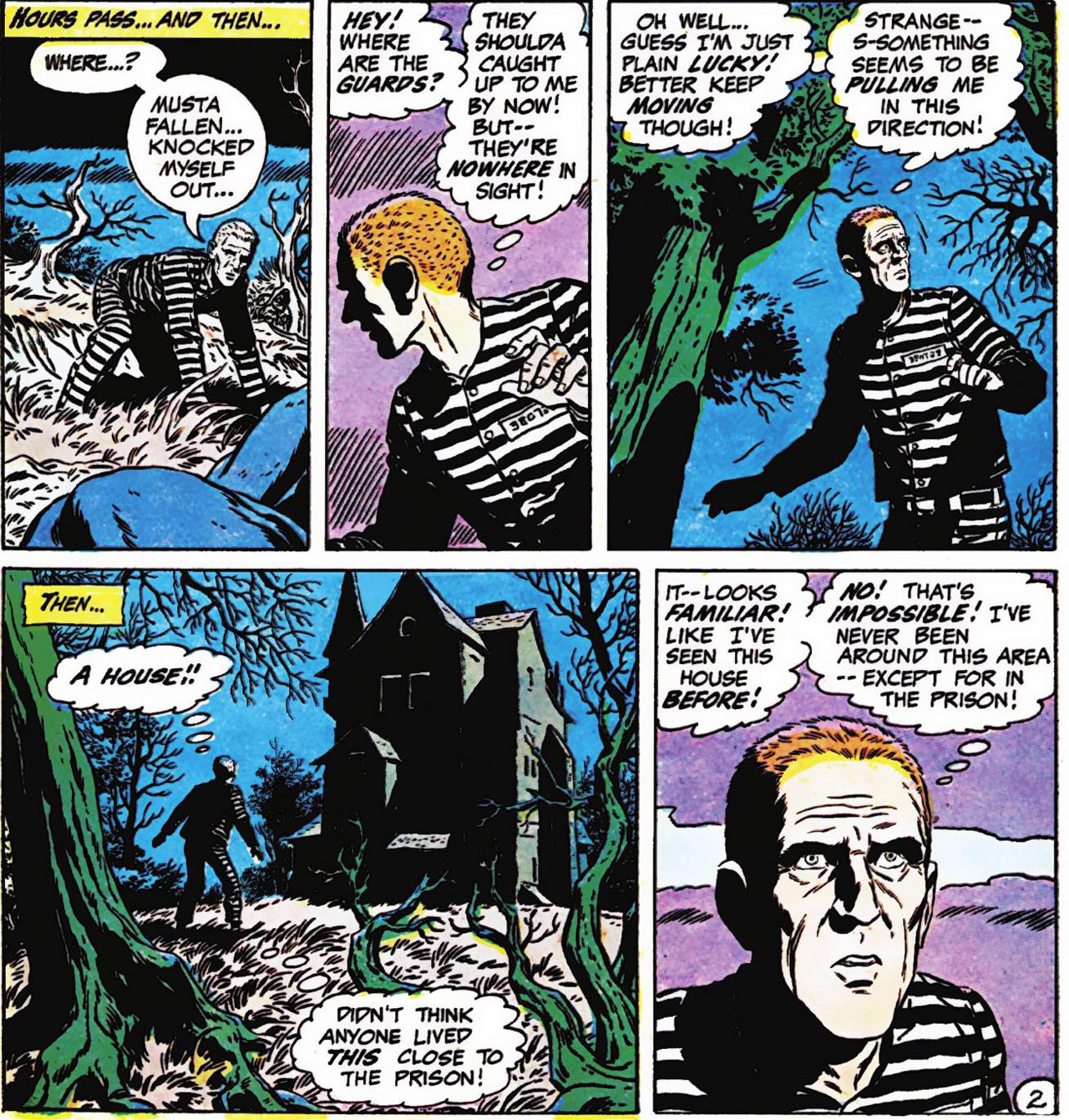 The Story: A convict named John Cobern escapes from prison, and hides from the pursuing guards in a nearby haunted mansion. Cobern soon realizes that there is something familiar about the mansion, and learns that it’s tied to an ancient family curse. Leaving the house could mean certain death for Cobern, but will he listen to the warning?

Where To Read it: The Witching Hour #7 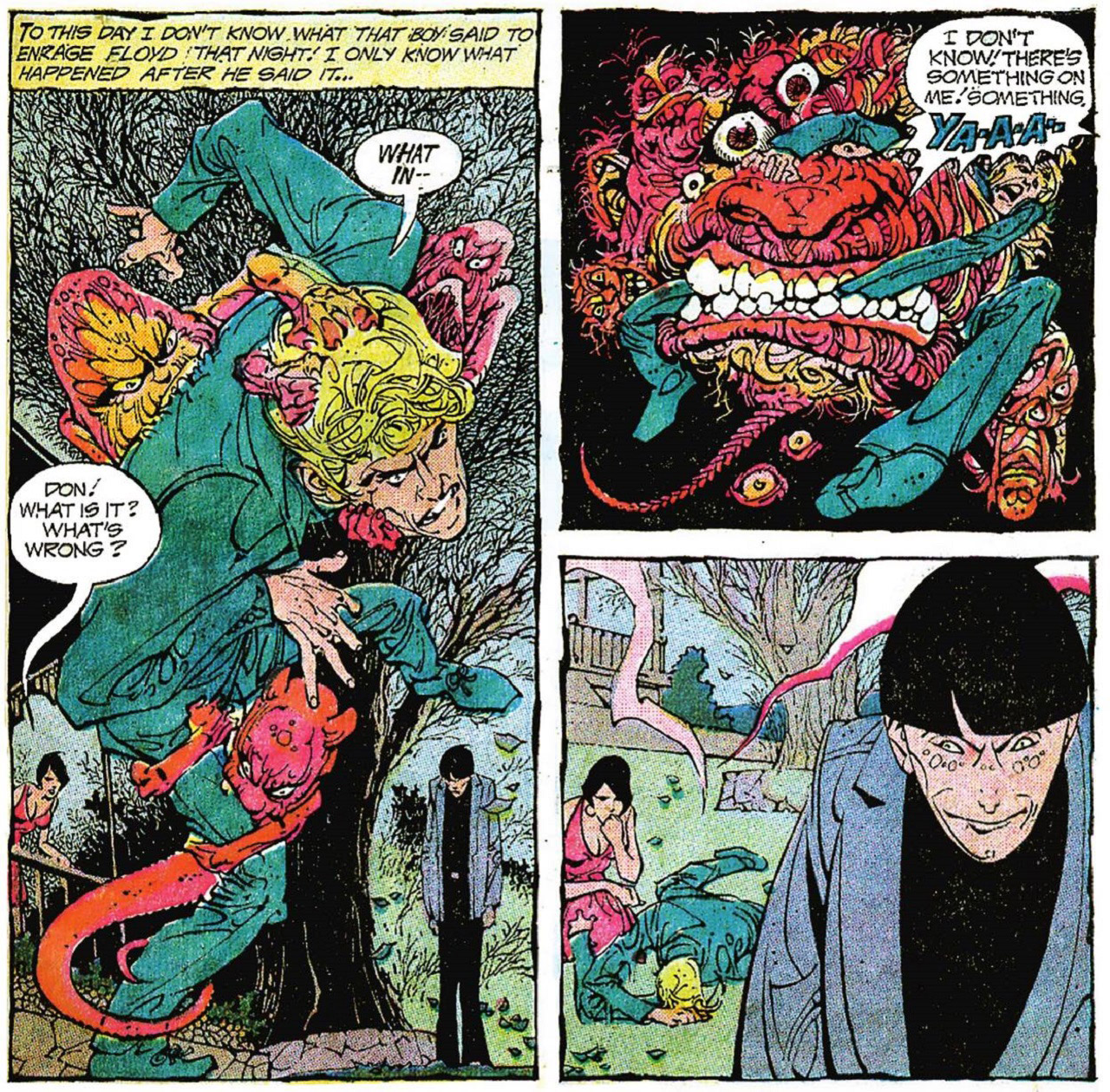 The Story: If you enjoy stories about creepy children, then wait until you meet Floyd. The boy was born with demonic powers, which he used to torture his nurse and all the other babies in the nursery. As Floyd grew older, his father struggled to contain his evil powers. But how can a father discipline a son who has the power to send people to hell?

Where To Read It: Weird Mystery Tales #9 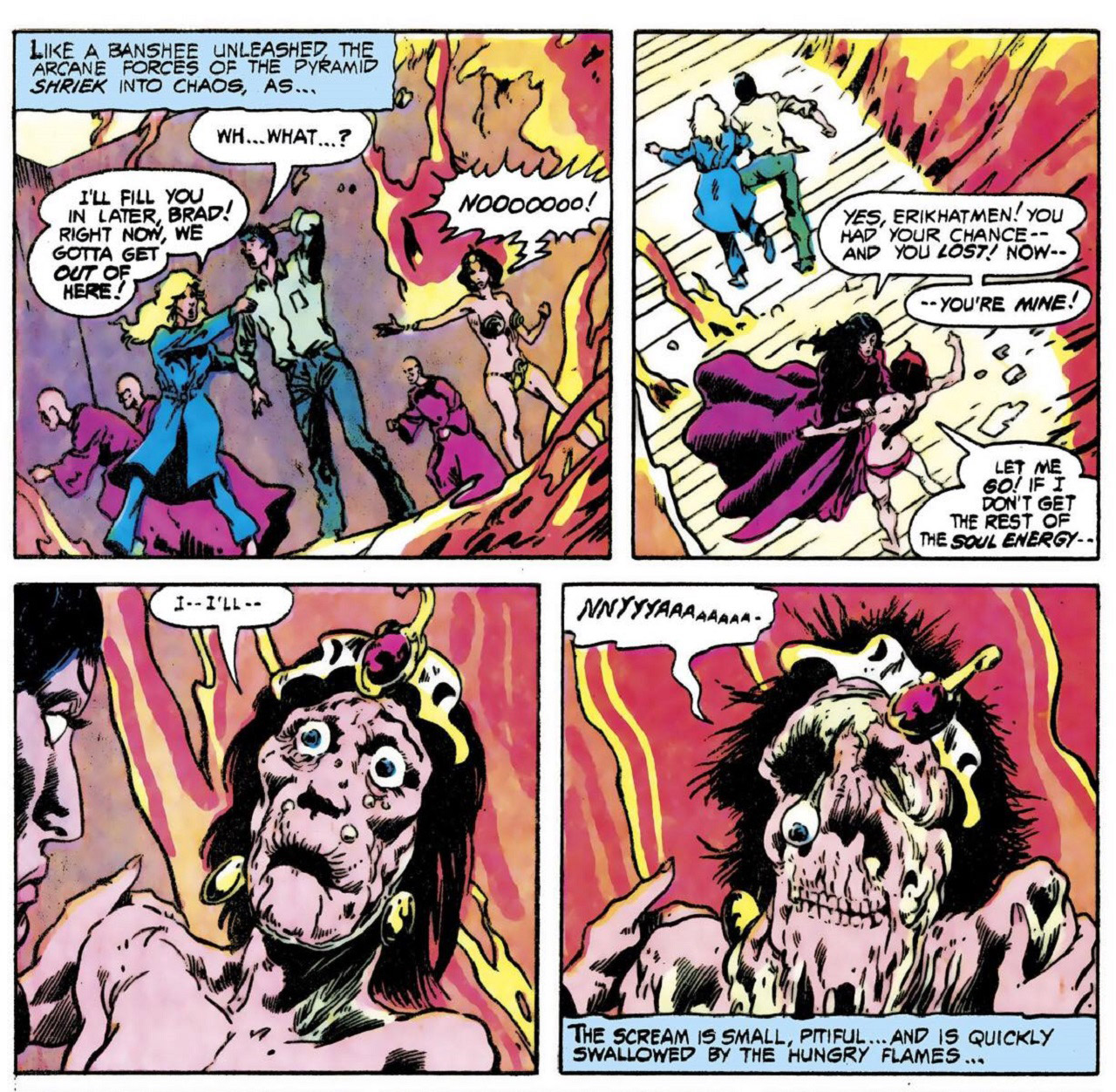 The Story: A young actress named Cindy Barns approaches the fortune teller Madame Xanadu for help. Her boyfriend has become the victim of a black magic ritual, and it’s causing him to slowly decay. In addition to being a chilling horror story, this comic serves as longtime DC hero Xanadu’s first appearance!

Where To Read It: Doorway to Nightmare #1

“THOSE WHO ARE ABOUT TO DIE” 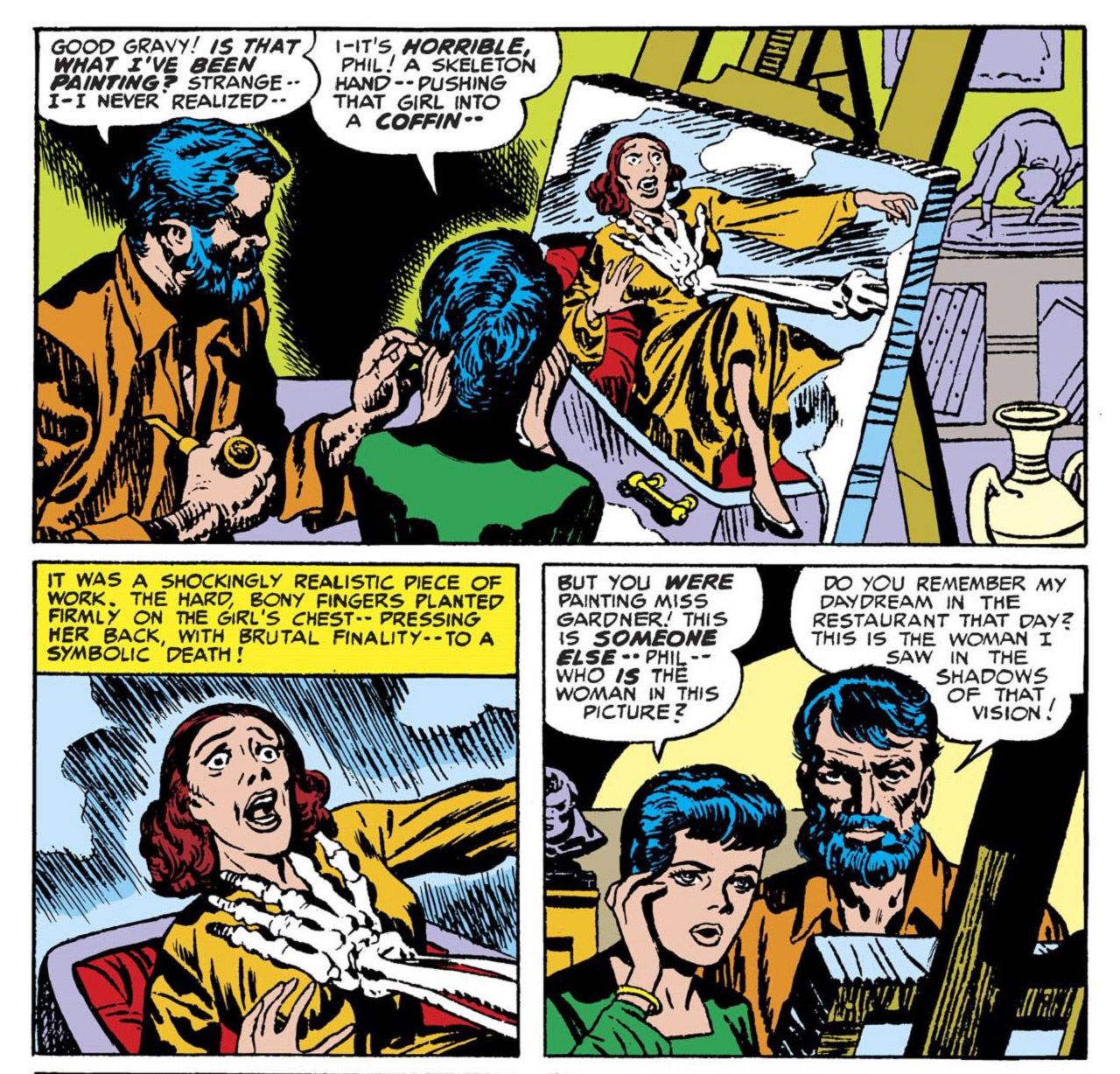 The Story: Phillip Bond is a gifted painter, but his muse is death itself. Bond’s paintings are prophecies, foretelling who will die. Bond has no control over this gift, and there’s nothing he can do to stop the foreboding images.

Where To Read It: Black Magic #2

“A CHILD’S GARDEN OF GRAVES” 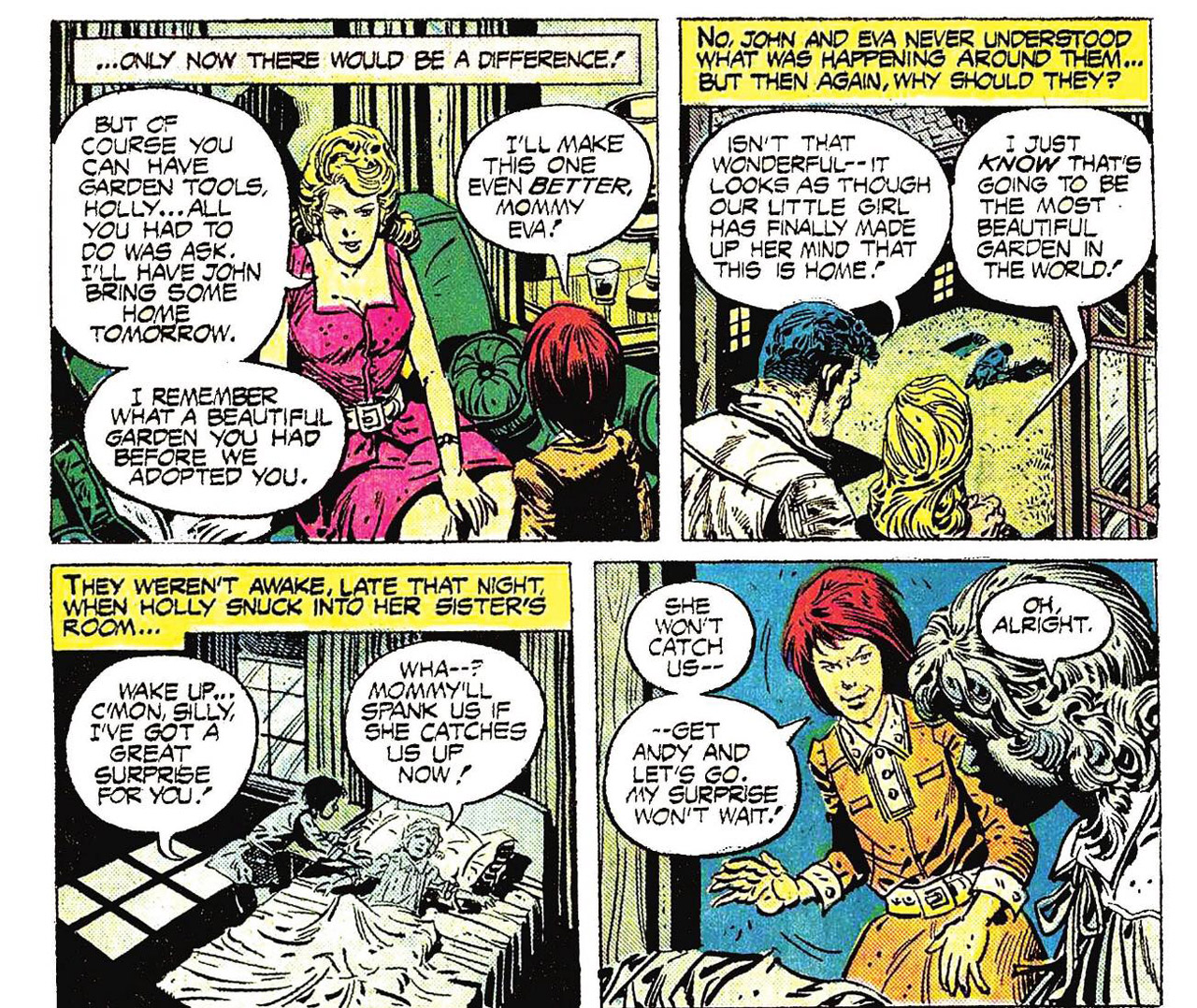 The Story: John and Eva Douglas decided to adopt an orphan named Holly, little realizing the monster they were inviting into their home. Holly likes to garden, but instead of burying plants, the young girl uses human corpses. Will Holly’s new family become the latest addition to her garden of graves?

Where To Read It: Tales of Ghost Castle #1 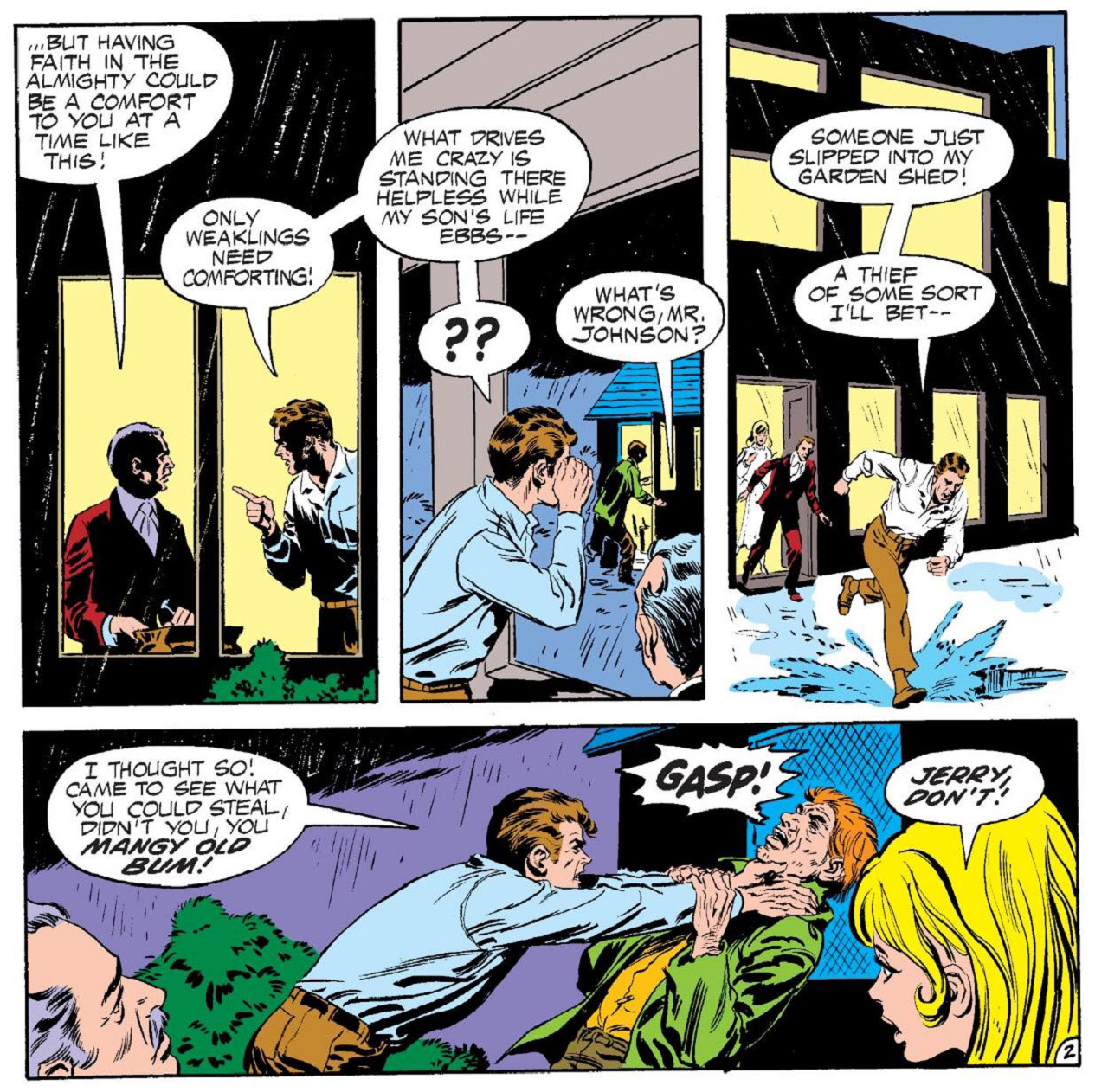 The Story: Jerry Johnson’s son is on his deathbed, and the family is all out of options. The boy’s only chance of survival is finding a donor with AB negative blood, but time is running out. A mysterious stranger offers to become their blood donor, and the family readily accepts. But it turns out that there’s more to this donor than meets the eye. 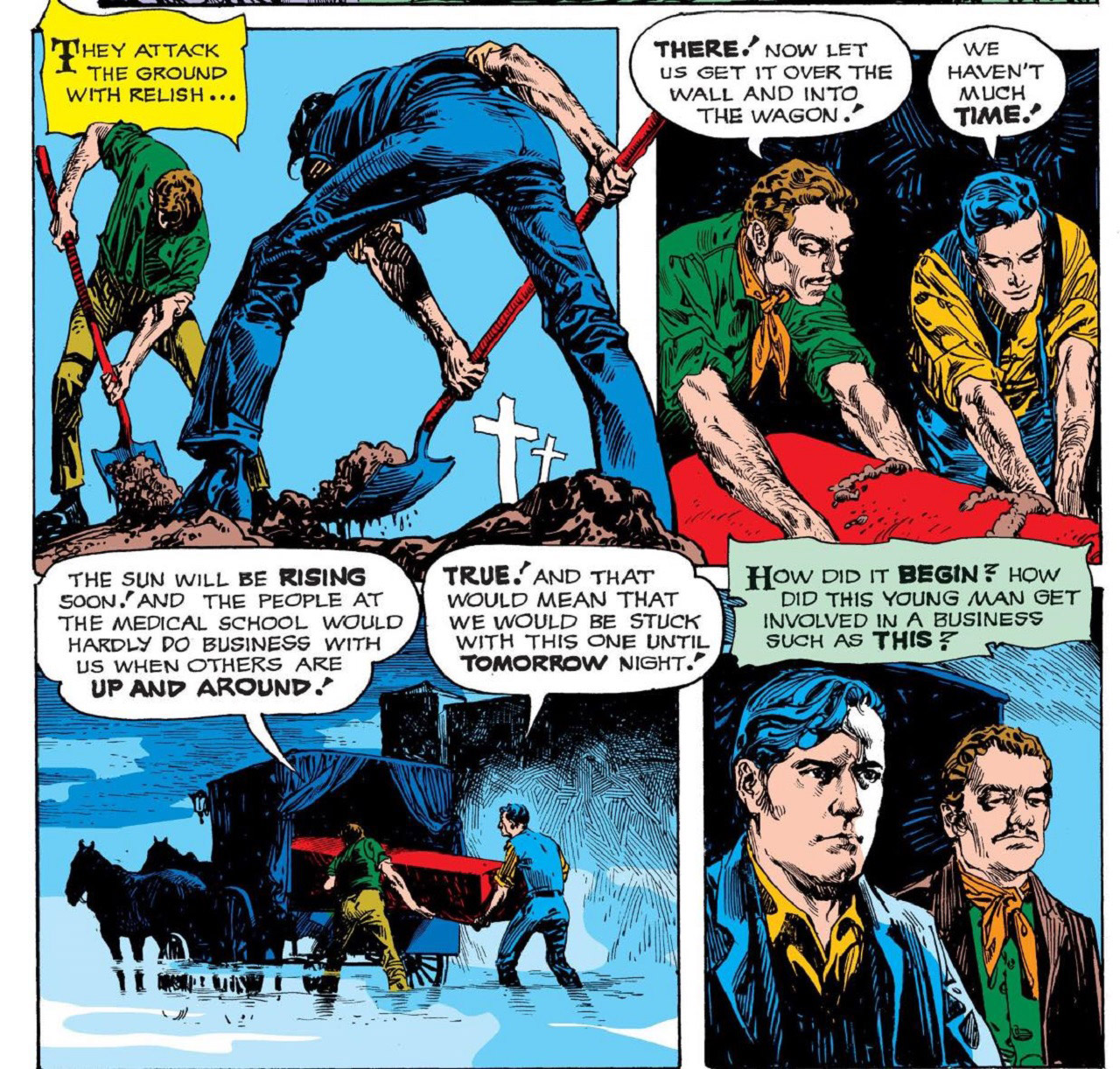 The Story: A young man named John wishes to marry his sweetheart, but he’s too poor to get her father’s blessing. John decides to make money by selling corpses to the local medical school. At first John secretly robs graves at night, but he finds a partner named Aaron who has a more creative way to find dead bodies.

“A FISTFUL OF FIRE” 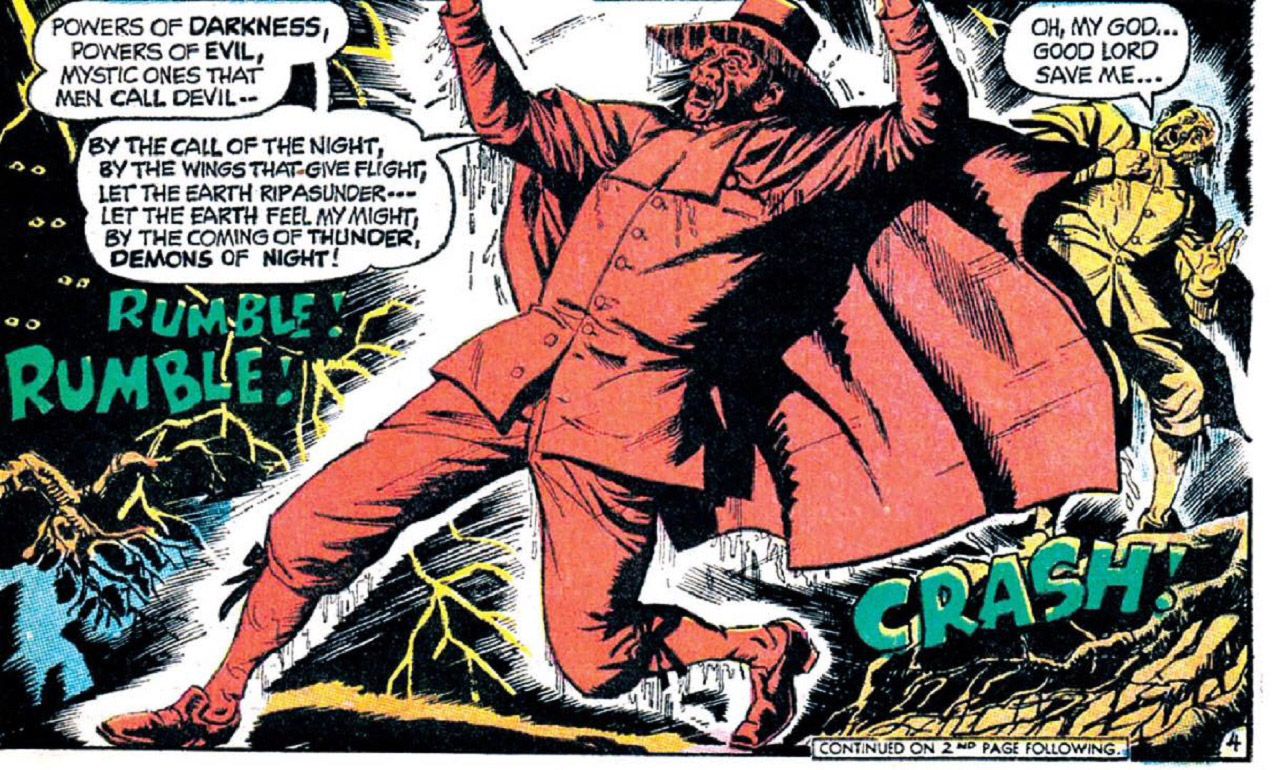 The Story: During the Salem witch trials, a judge named Samuel Sewell took a sick satisfaction in putting innocent young women to death. Sewell didn’t actually think witches were real, until a coven of real witches targets him for revenge. The confrontation quickly escalates when the dark lord Satan makes his presence known, giving Sewell and the witches a night of horror they’ll never forget.

Where To Read It: The Witching Hour #4

“THE SECRET OF BAT ISLAND”

The Story: Victor Zahl has learned the secret to immortality is drinking bat blood, but his supply is running low. Zahl learns of a place called Bat Island, where there are enough bats to keep him young forever. Zahl begins his journey to the island, but when he arrives he learns what it’s like to go from predator to prey.

Where To Read It: Weird Mystery Tales #4 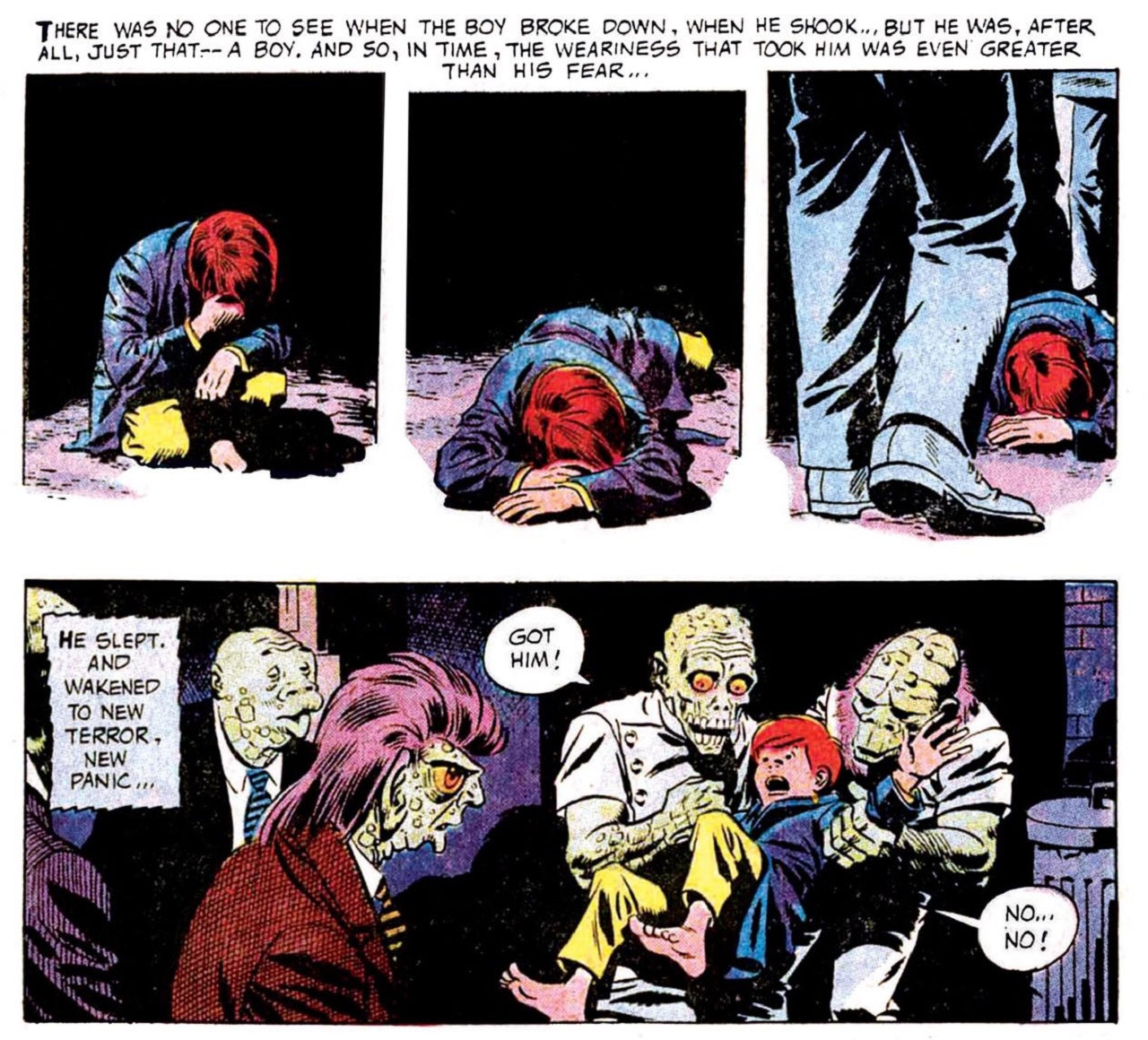 The Story: A young boy named Danny is the only human in a world of monsters. Danny runs from the monsters, but the creatures are relentless in their pursuit. The monsters want to inject Danny with a serum that will turn him into one of them, and the boy can’t run forever.

Where To Read It: House of Secrets #96

If you can survive this scary reading challenge, then why not up the ante with more horror stories? Check out more spooky offerings from House of Secrets, House of Mystery, The Witching Hour, Tales of Ghost Castle, Doorway to Nightmare, Black Magic, Weird Mystery Tales, and more!

What are your favorite scary stories to read in the dark? Let us know in our Community!