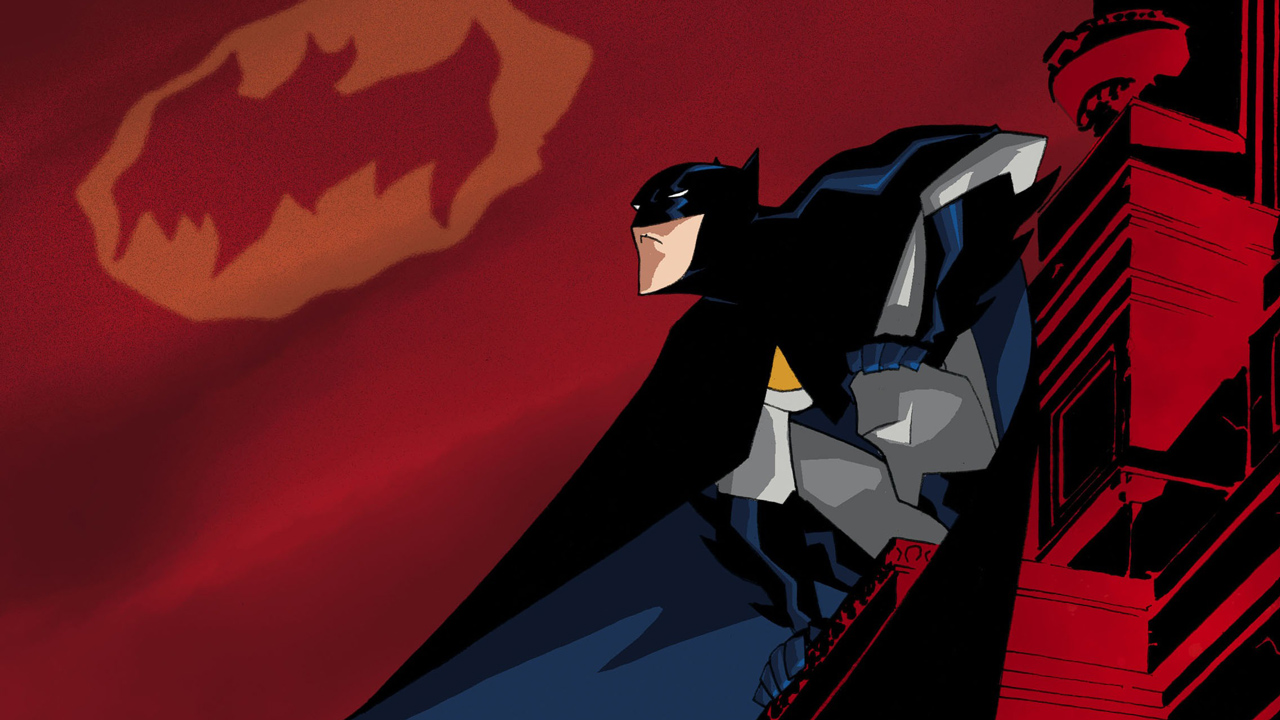 10 Must Watch Episodes of THE BATMAN

In 2004, The Batman premiered on Kids WB, giving a new generation of fans a fresh take on the Dark Knight. This version of Batman was younger than usual and had only just started his crime-fighting career in Gotham. When the show began, he had no sidekicks or even a Commissioner Gordon -- and he found himself hunted by the Gotham City Police Department. Batman’s rogues gallery was redesigned, by comic book artist Jeff Matsuda, giving classic characters contemporary looks. Running for five seasons, The Batman eventually added Batgirl, Robin, Gordon, and even the Justice League to its cast. The show served as a great primer for new fans and an edgy new experience for veteran Bat lovers, and The Batman can now be viewed in its entirety right here on DC Universe. Here are ten of its top episodes…. 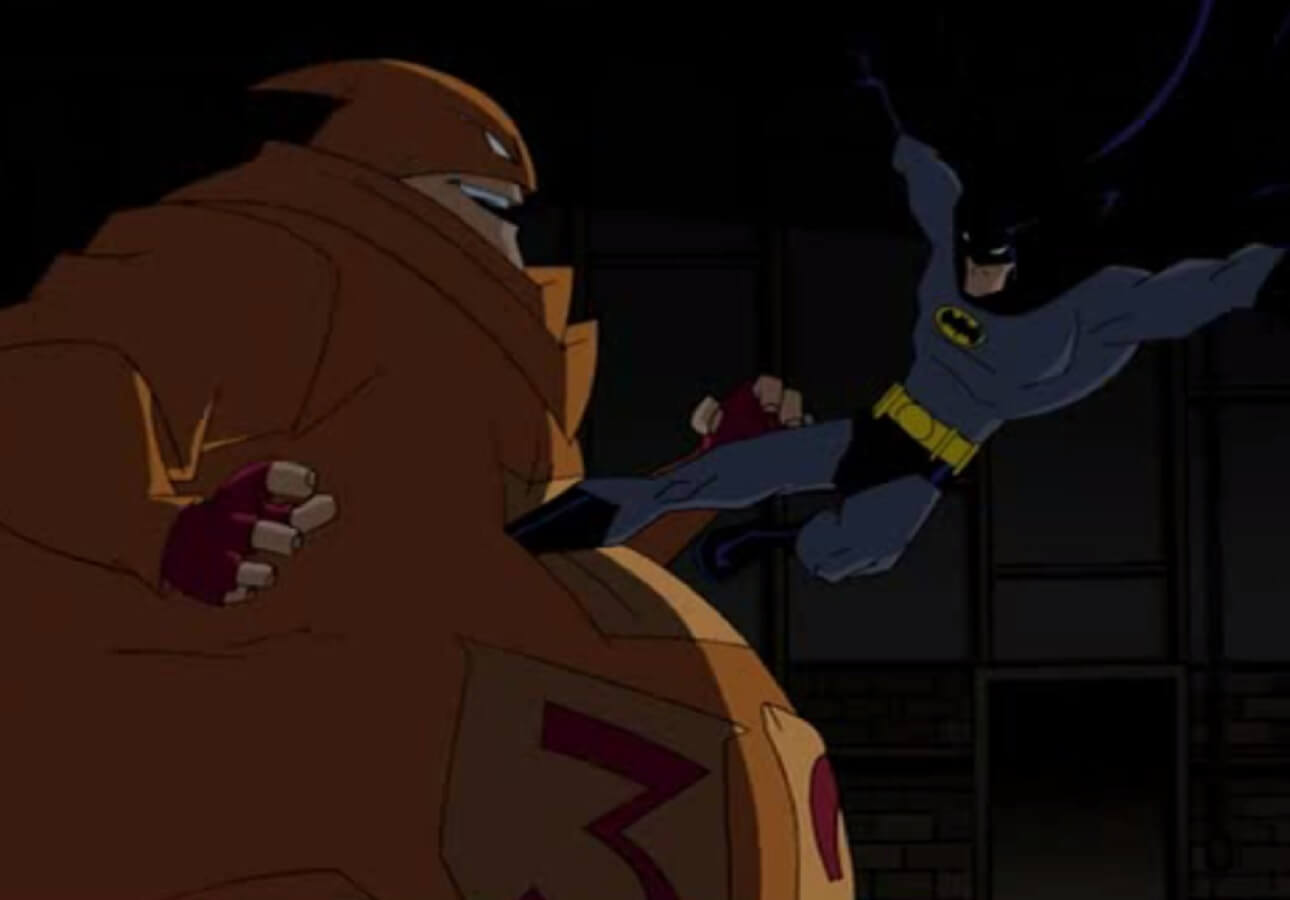 Batman tangles with the Cluemaster, a disgruntled man who never got over the humiliation of losing a game show on which he appeared as a child. The Cluemaster is more than just a variant of the Riddler, as his crimes are designed to humiliate the people he felt ruined his life. Once he’s gathered the people behind the game show, the Cluemaster tries to recreate the original contest, only this time with himself as the winner. Batman winds up stumping the Cluemaster with the one piece of trivia the know-it-all didn't know. Can you guess what it is?

The Clayface of Tragedy 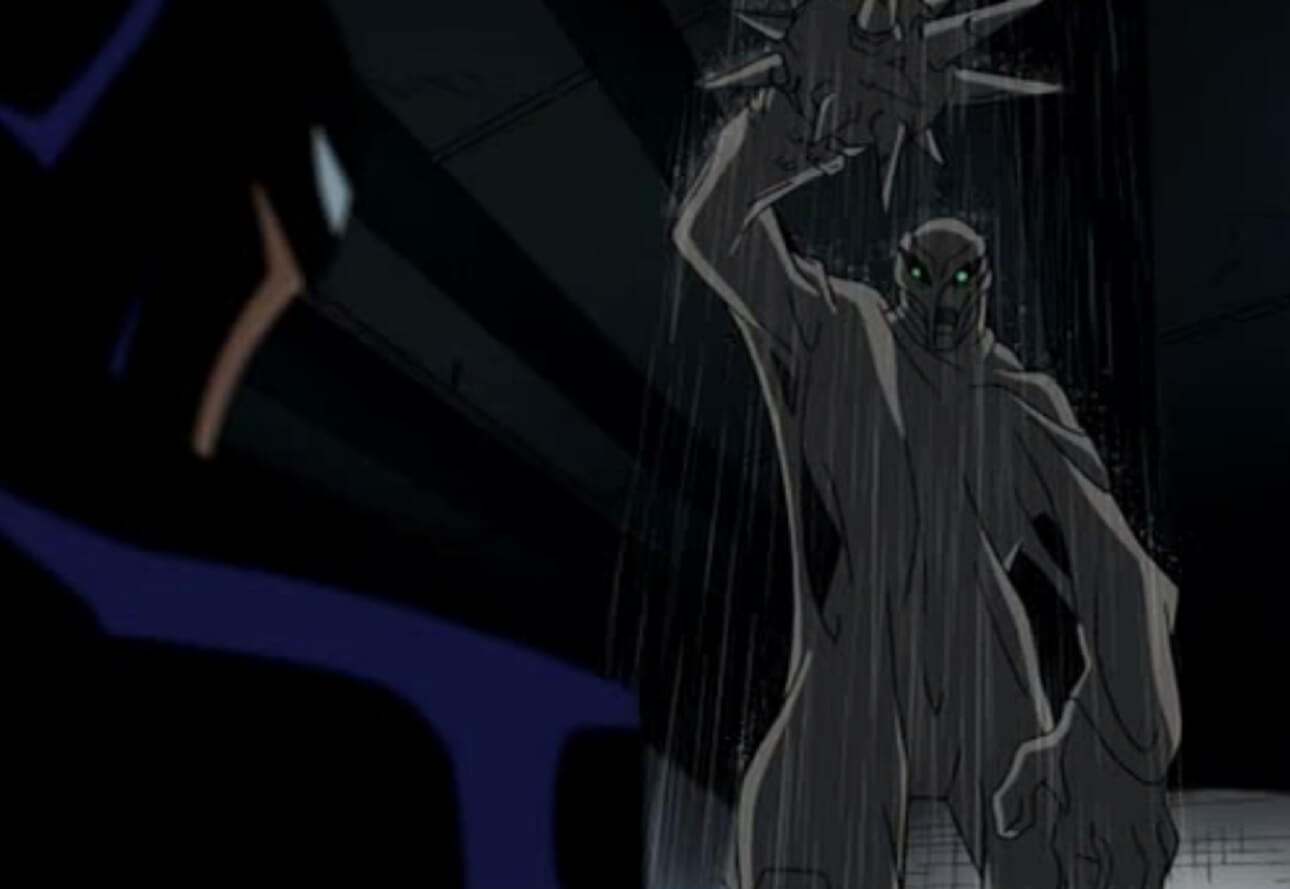 The season 1 episode focuses on Ethan Bennett, a Gotham City Police Officer who is also Bruce Wayne’s friend. In these pre-Commissioner Gordon days, the department is not friendly with Batman and Ethan is one of his few allies on the force. Until tragedy strikes, and the Joker transforms the cop beyond recognition. Ethan’s mind and body are now warped, and he takes his anger out on society as Clayface. This episode, one of the most tragic chapters of the series, was written by Greg Weisman, the showrunner for Young Justice. 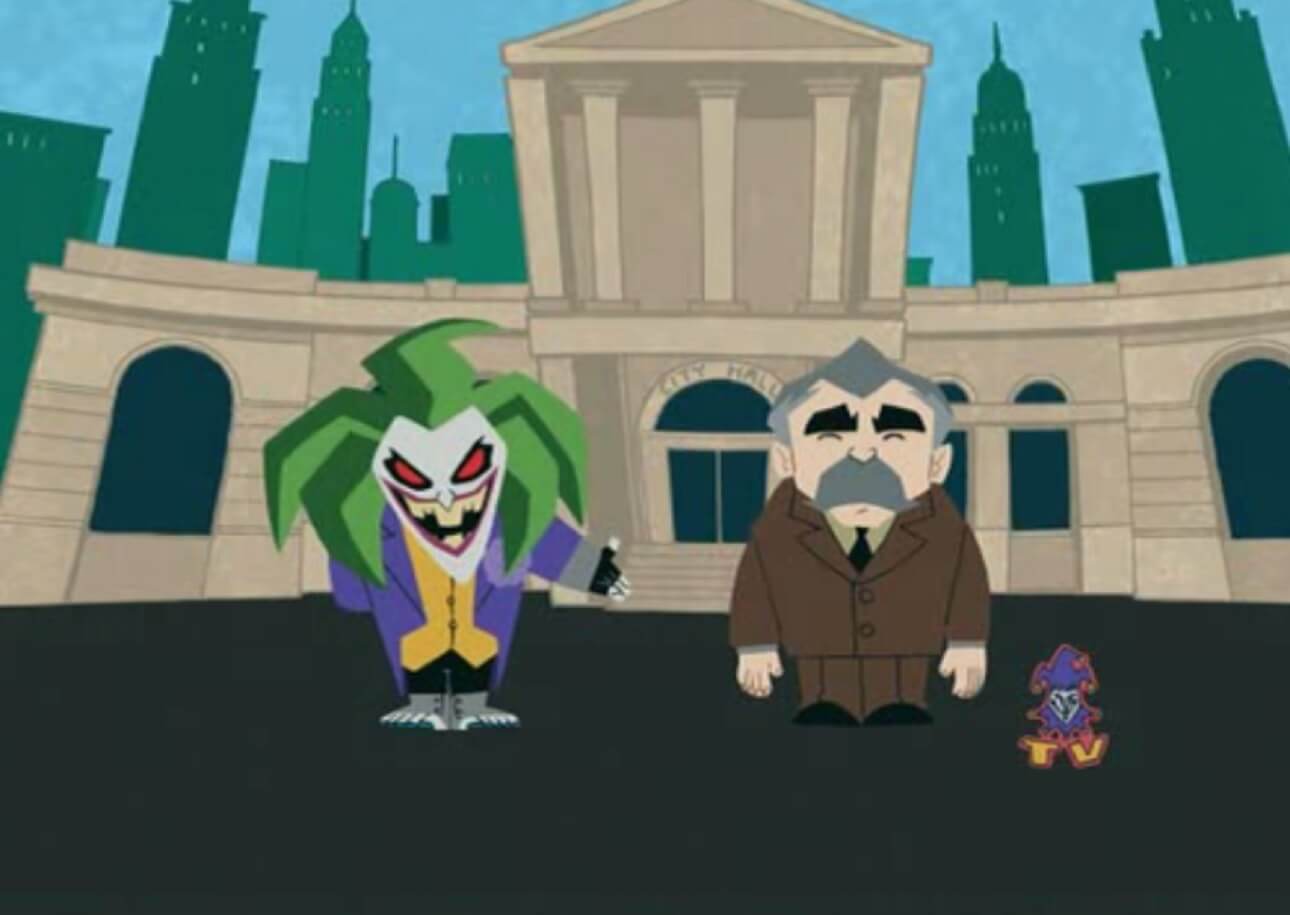 Every Batman cartoon needs a fun Joker episode, and JTV is a fine example! The Clown Prince of Crime has kidnapped the Mayor and hopes to make him the star of his insanity-induced reality tv show. Detective Yin (voiced throughout the series by Agents of S.H.I.E.L.D. star Ming Na) tries to stop the Joker, and she’s joined by her new egomaniac partner Cash Takinson. Yin is having a hard enough time getting over the loss of her partner Ethan, and Cash’s brazen attitude isn’t helping the process much. In addition to some great moments of human drama, this episode also has some hilarious moments of The Joker parodying television culture.

A Dark Knight to Remember 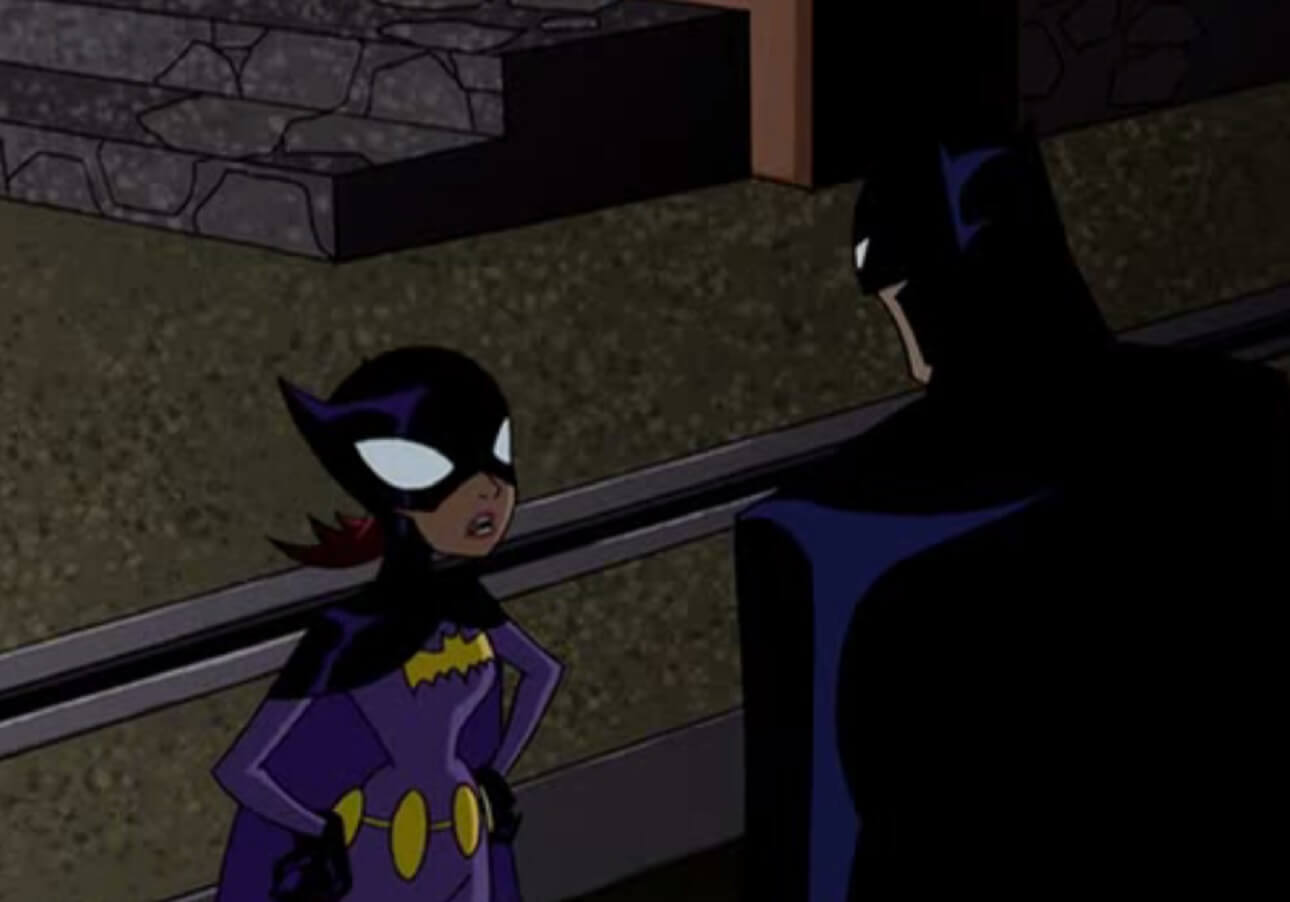 After a battle with the Penguin, Bruce Wayne loses all memory of his time as Batman. Thinking he’s ended the Dark Knight for good, the Penguin continues his crime spree throughout Gotham as Bruce lives life as a cowardly playboy. It’s up to Batgirl to pick up the pieces and try to fill the void. This episode is a great showcase for Barbara Gordon, who pushes herself to the limit in a Gotham without Batman.

A Fistful of Felt 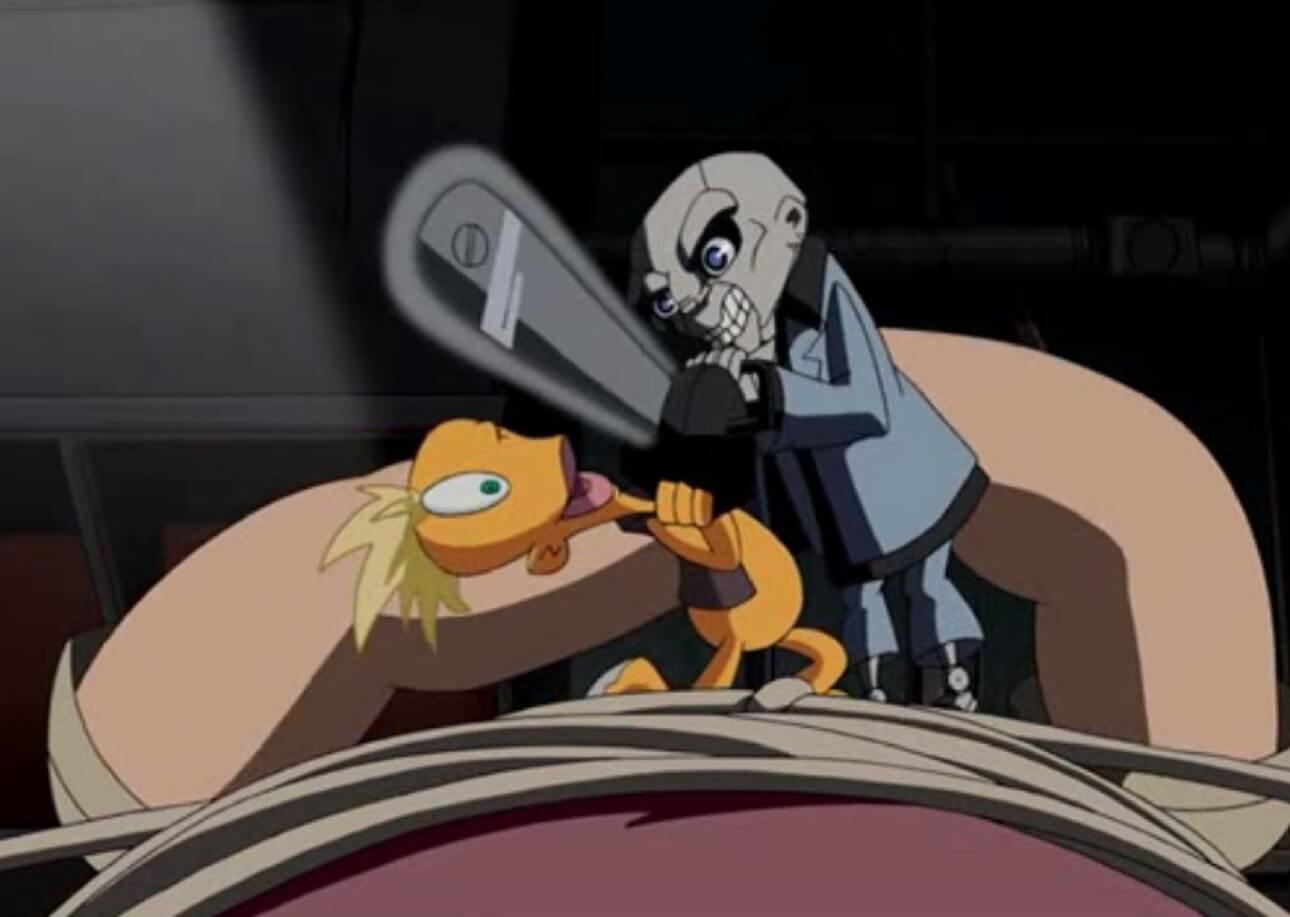 It appears that The Ventriloquist, a.k.a. Arnold Wesker, has been cured by Hugo Strange, and freed from his puppet Scarface’s influence. Wesker resumes his life as a children’s entertainer. But when Hugo Strange is involved, there's more than meets the eye. Trying to test out his cure, Strange engineers a war between Wesker’s good puppet Mr. Snoots and his gangster puppet Scarface, leaving poor Arnold caught in the middle. It’s up to Batman to save Wesker’s sanity and put an end to this puppet warfare.

A Matter of Family 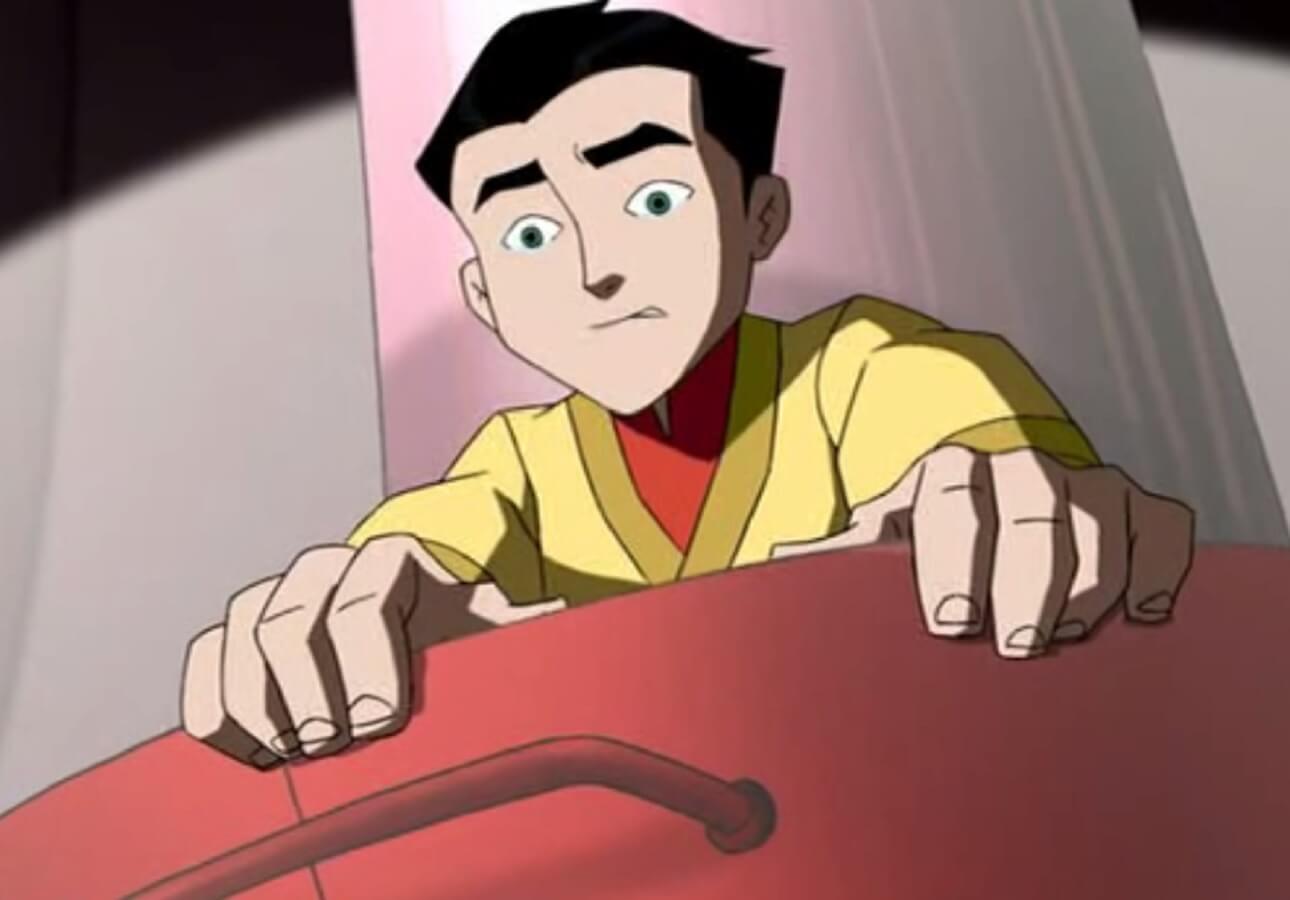 This episode introduces Dick Grayson, giving the series a boost of youthful energy. When Bruce Wayne takes in the young circus orphan, Alfred tries to show his master that young Dick needs a friend, not a crimefighter. While the murder of Dick’s parents is one of the darkest moments of the series, his enthusiasm and energy as Robin make this one of the more fun episodes. This installment also features the voice talents of Kevin Conroy and Mark Hamill, two names very familiar to fans of Batman in animation. 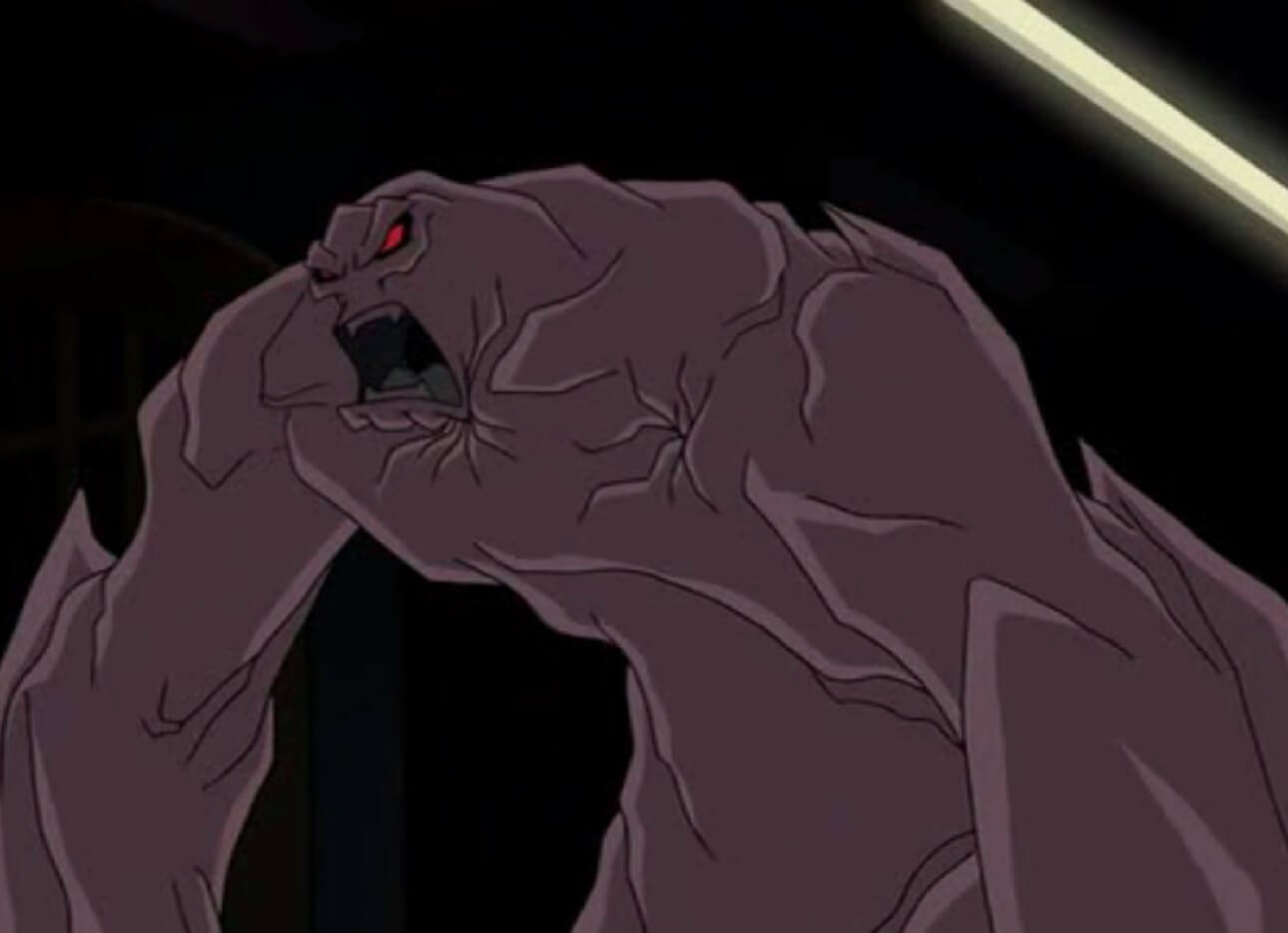 Batman’s old friend Ethan is ready to give up his life as Clayface and turns himself in. Elsewhere, a struggling actor named Basil Karlo seeks to recreate Ethan’s accident, hoping his shapeshifting abilities will give his career a boost. It isn’t long before Basil decides Clayface is better suited for a life of crime than a life on screen. Seeking to atone for his crimes, Ethan goes after Basil and soon it’s Clayface vs. Clayface! In addition to being an enjoyable adventure, this episode also brought closure to the saga of Ethan Bennett, finally giving the character a sense of redemption. 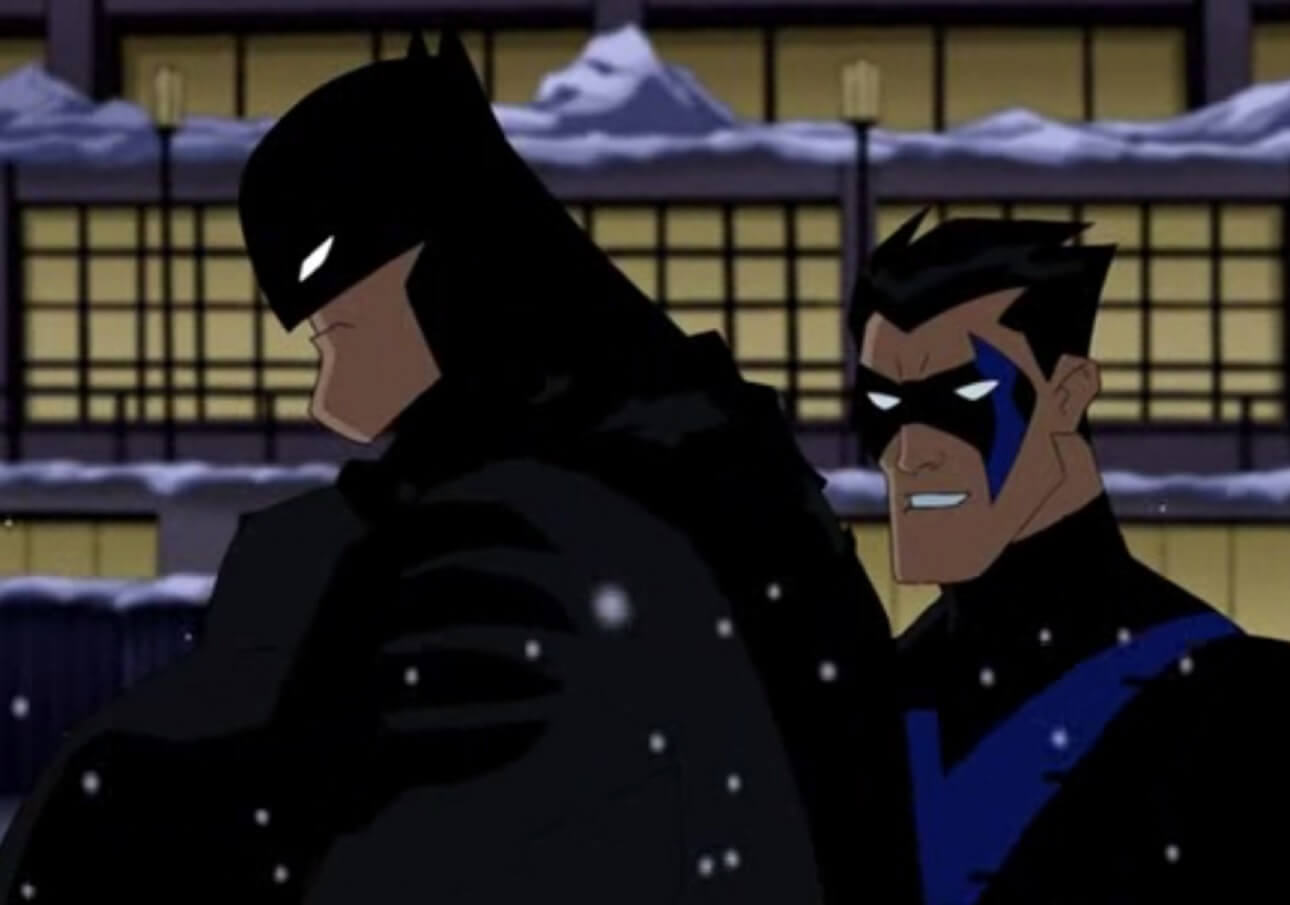 In an episode set in the far future, Gotham’s police force searches for the legendary Batcave, hoping its secrets will help them defeat the recently revived Mr. Freeze. As they theorize what the Batman’s life was like, the show flashes to an era late in the Dark Knight’s career, where Robin is Nightwing and Batgirl is Oracle. While most stories showcasing Batman’s future show him bitter and alone, this episode presents a more optimistic vision, on in which the Bat family grows with him. 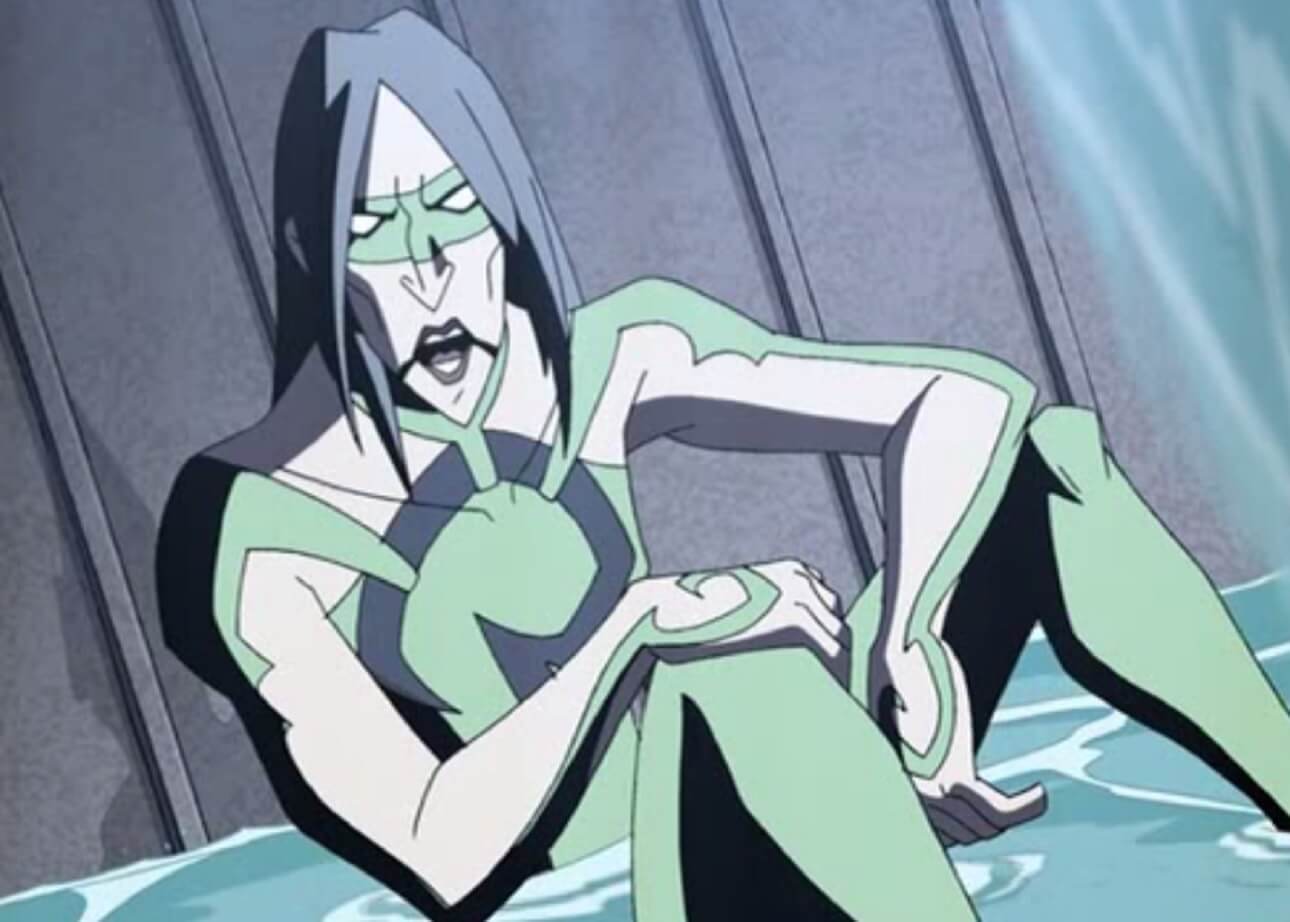 Batman and the Riddler are trapped in a shipping container that’s sinking to the bottom of the bay. With air running out, it’s up to the two sworn enemies to work together if they want to live and fight another day. During this experience, the Riddler tells Batman about his early days and why he turned to a life of crime. Once Batman hears his story, he realizes that the person responsible for Nygma’s dark turn might be someone the Riddler overlooked. This episode is a great death-trap story, and presents a surprisingly sympathetic side to the Riddler. 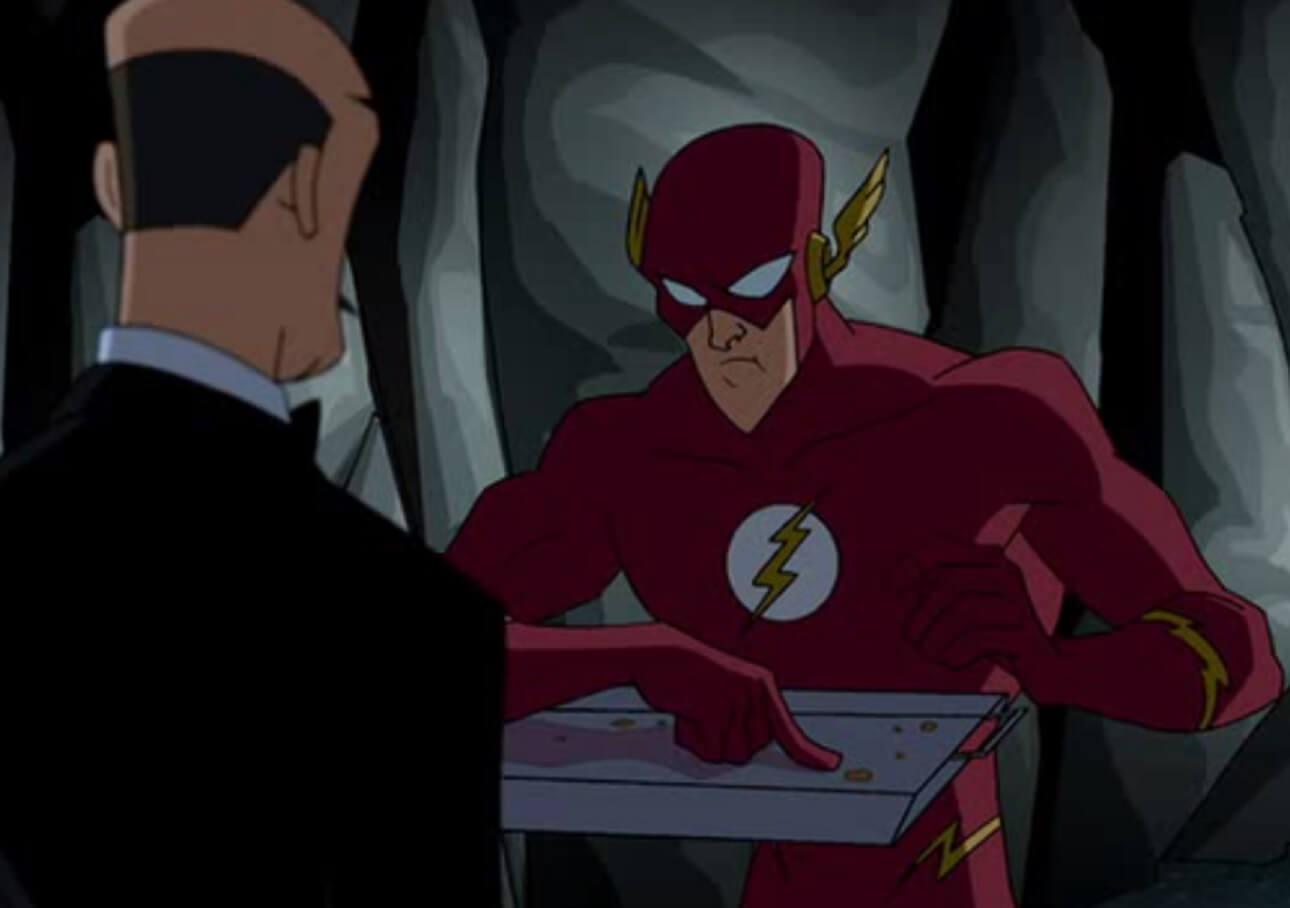 When the Mirror Master targets Gotham City, the Dynamic Duo team up with The Flash to stop him. The Flash brings a different dynamic to the series, and Alfred finds himself severely tested by the Scarlet Speedster’s appetite. The Mirror Master creates copies of the heroes, leading to one of the show's most humorous moments, as Robin spars with his double both physically and verbally.

With four seasons and plenty of villains and guest stars, the above represents only a mere sampling of what The Batman has to offer. For many more overlooked gems from the Dark Knight's career, be sure to check out The Batman.

Are you a fan of The Batman? Let us know in our Community!