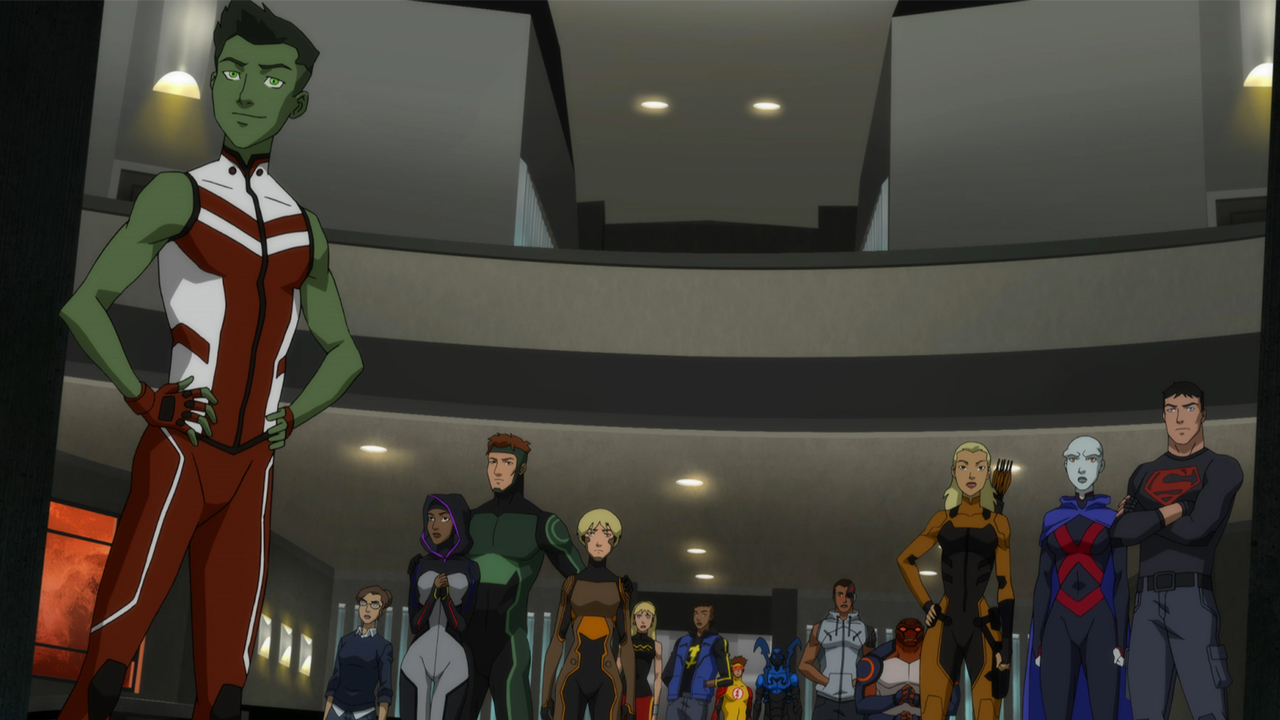 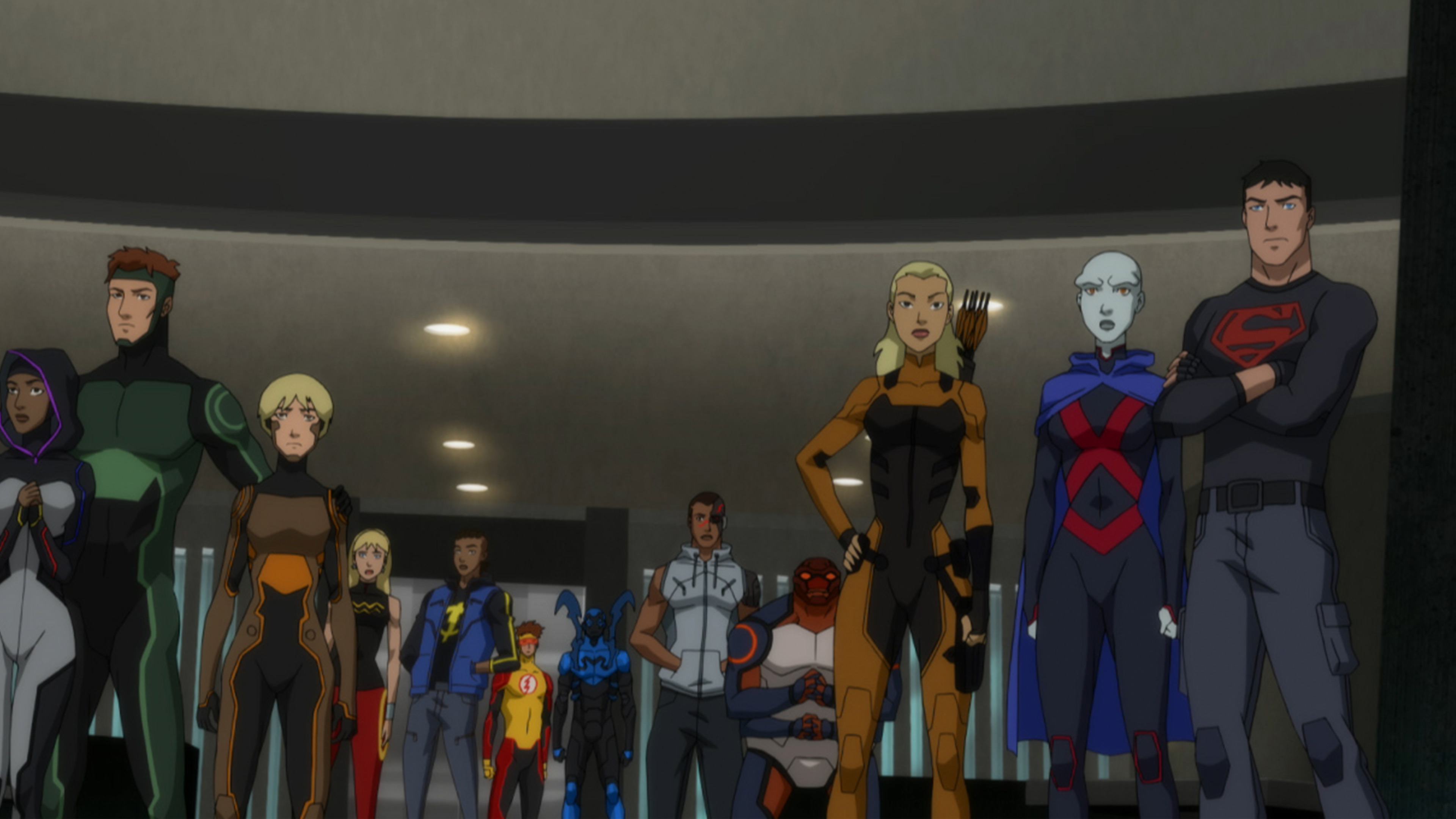 Now that DC Universe's ‘Young Justice: Outsiders’ has closed out its action-packed season with an epic 3-part finale, it’s time to look back at some of the amazing moments we’ve witnessed. Ever since the series returned from its break in July with the episode “Influence,” we’ve been getting non-stop superhero fun right until the credits rolled on the season finale “Nevermore.” With so many great moments to chose from, we thought it might be fun to share our own little highlight reel...

Justice League vs the Female Furies 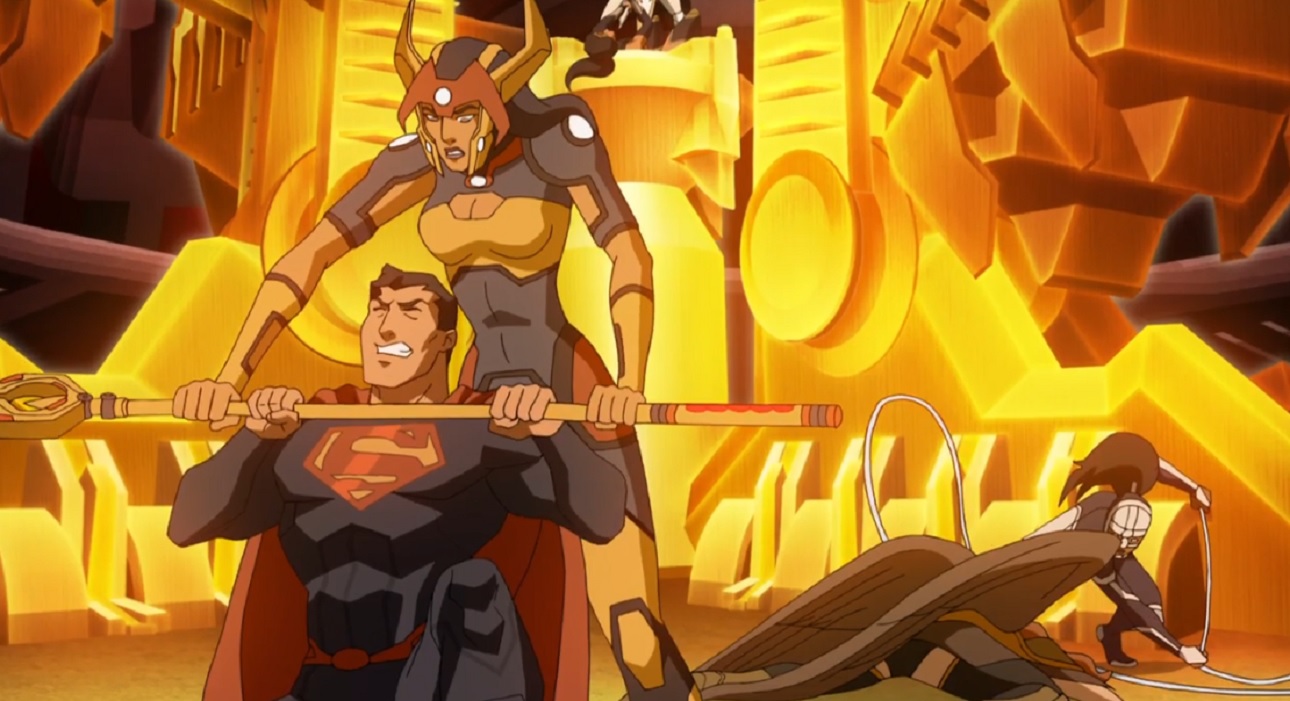 While traveling through space, the Justice League came across Granny’s Orphanage and pretty soon an all-out battle royal began! Granny unleashed her Female Furies, who were led by Big Barda, and they overpowered the League with great ease. Seeing the Female Furies in action was a great treat, and the moment where Superman saves Big Barda served as a great hint for possible things to come. 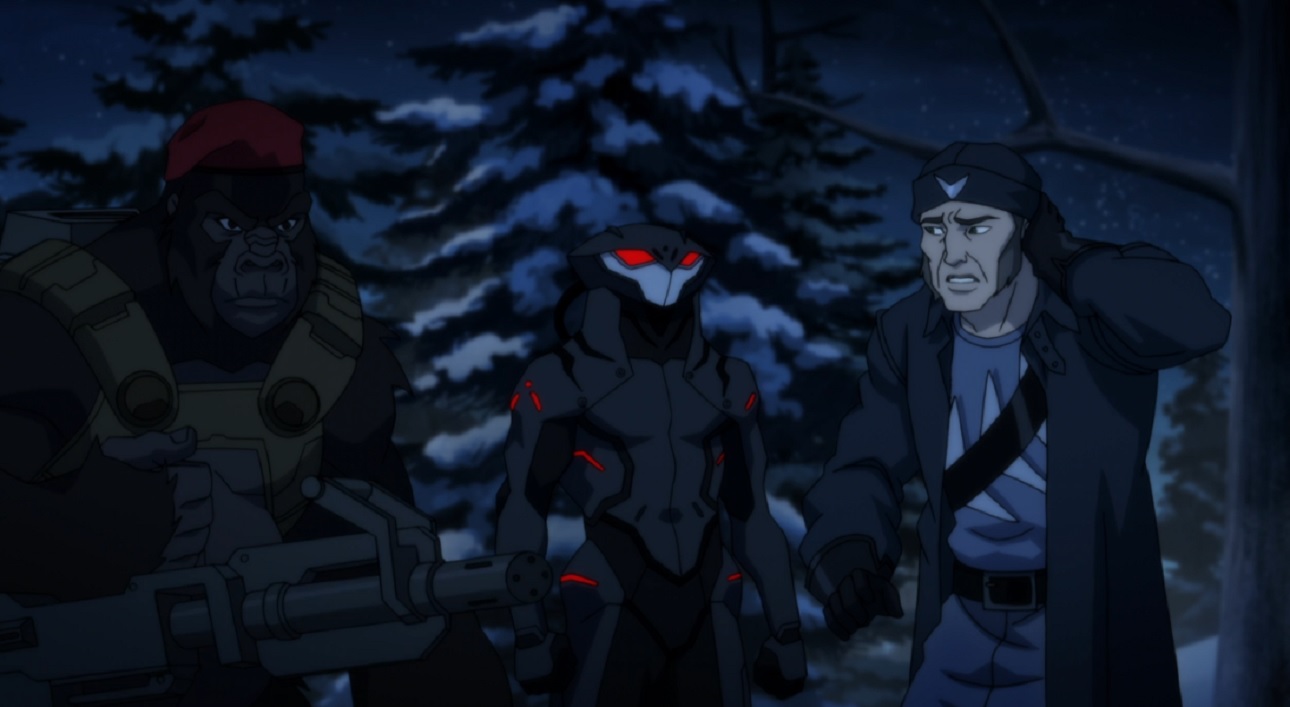 While investigating some suspicious activity at a Russian base, the Team found themselves caught in the crossfire of a battle between the Rocket Red Brigade and the Suicide Squad. Thanks to some skilled maneuvers, and some delicate diplomacy, the Team was able to defuse the situation and everyone was able to walk away unharmed (except for Halo getting impaled with a boomerang). Between the three teams, it was like seeing all the diverse corners of the DC Universe coming  together, and the ‘Young Justice’ version of the Suicide Squad did not disappoint. This battle had the bonus of giving Artemis and Black Manta a much needed rematch after their intense confrontation in season 2. 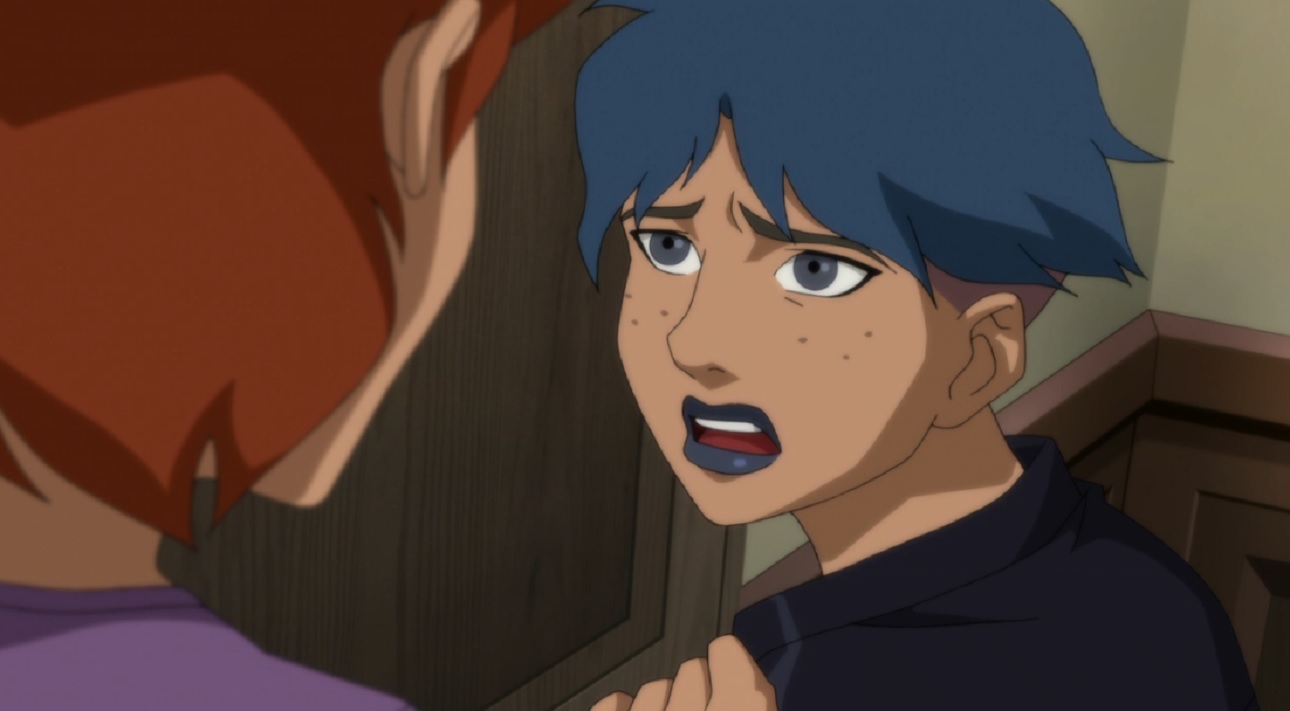 One of the greatest scenes of the season had no capes and no punches. It was just two people sitting down in a room talking. Megan Morse took a break from her duties as Miss Martian to counsel Harper Row, a student at Happy Harbor High, and tried to get her to leave her toxic home environment. Harper was resistant to Megan’s therapeutic techniques, but as the conversation progressed Megan got through to the teen and convinced her to finally seek help. Heroism means more than fighting villains, and scenes like this continually prove why ‘Young Justice’ is such a great show. 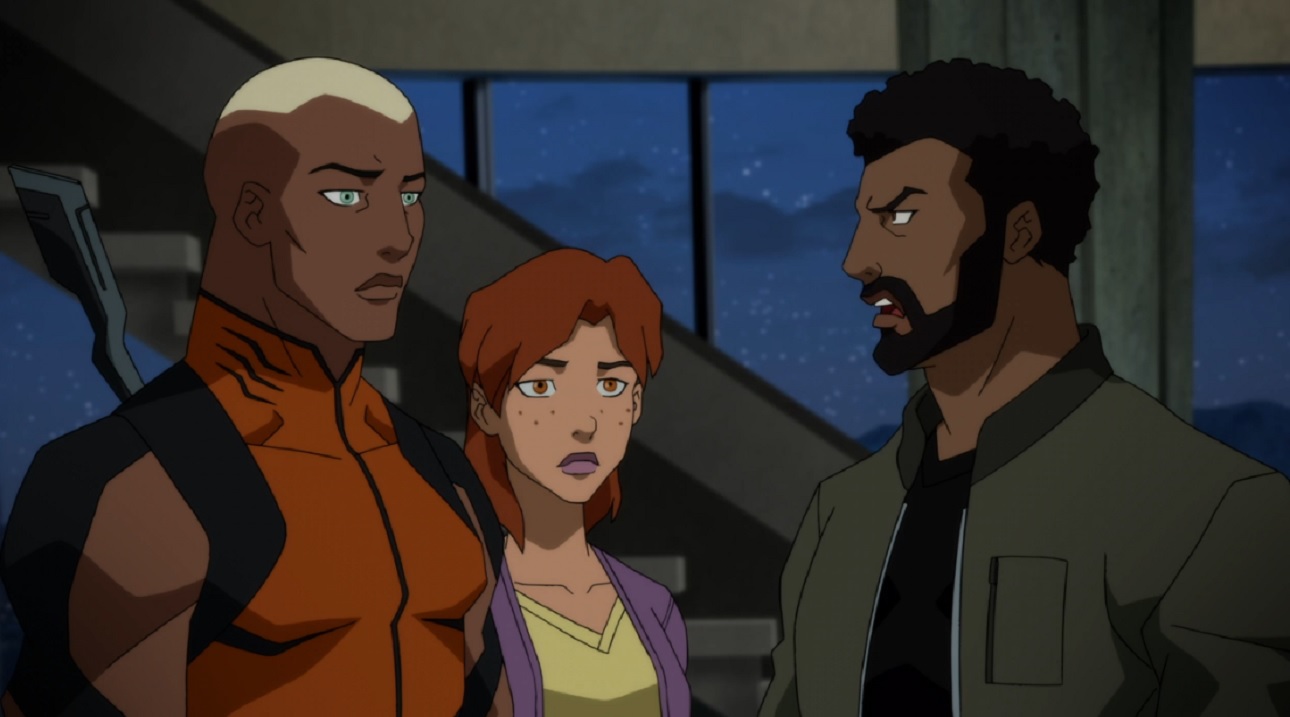 This year the heroes tried combating the Light by taking a page out of their playbook, and formed their own secret cabal that lied to and manipulated their teammates. The truth always has a way of coming out, and Black Lightning was furious when he realized that the various feuding factions of Earth’s heroes were secretly working together. Jefferson had previously told Batman he did not want to work for him, so he was naturally angry to learn that the Dark Knight had secretly been calling the shots for the Team and the Outsiders! The scene of Black Lightning giving everyone a piece of his mind gets even more interesting when you realize that both Jefferson and Kaldur are voiced by Khary Payton, meaning he was arguing with himself! 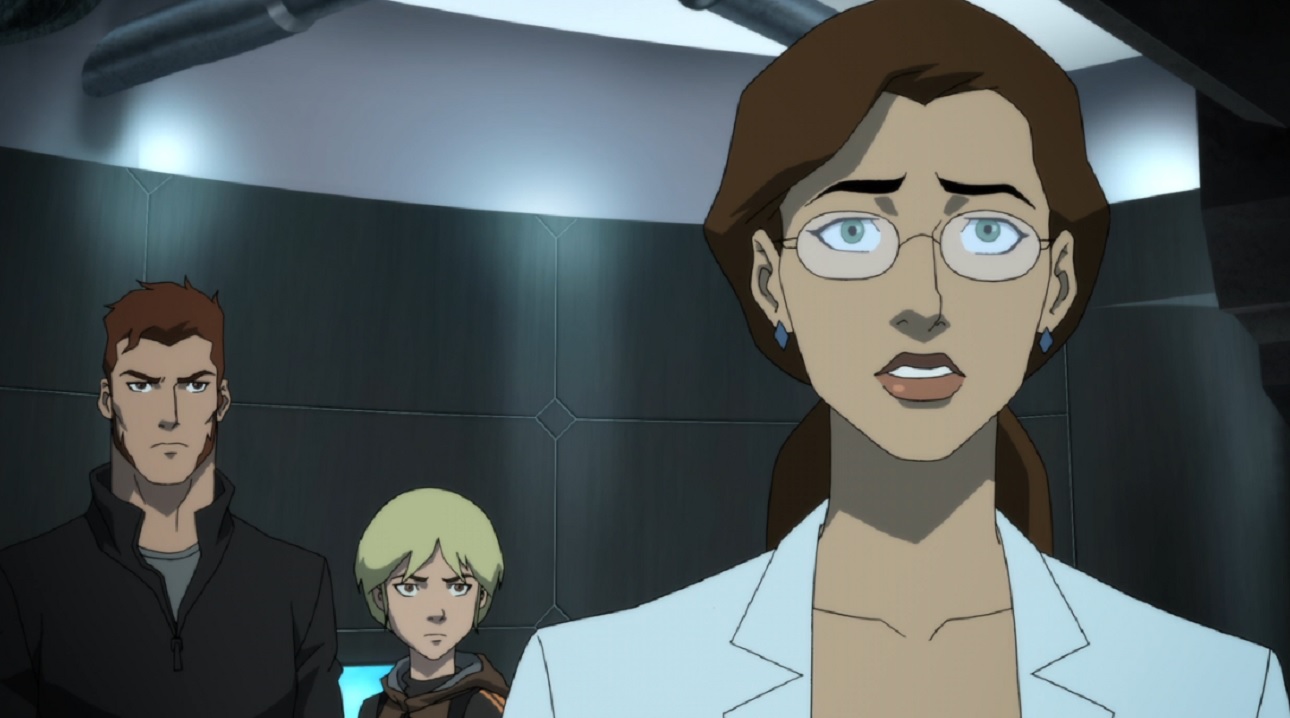 Throughout the second half of the season, viewers kept waiting for Terra to betray the Team, but when the betrayal came, it was from an unexpected source – Dr. Helga Jace. Helga took advantage of a moment of chaos to bring Violet, Brion and Tara to her mentor, the Ultra-Humanite, and his partner Granny Goodness. While Granny tortured Dr. Jace, she revealed just how much she had been manipulating everyone since the season began. She had tricked Brion into receiving his powers, seduced Jefferson so she could stay close to the Team, and lied to Violet about her terminal illness in order to drive a wedge between her and the others. While some viewers may have suspected there was more to Dr. Jace than met the eye, nobody ever guessed the true depths of her depravity. 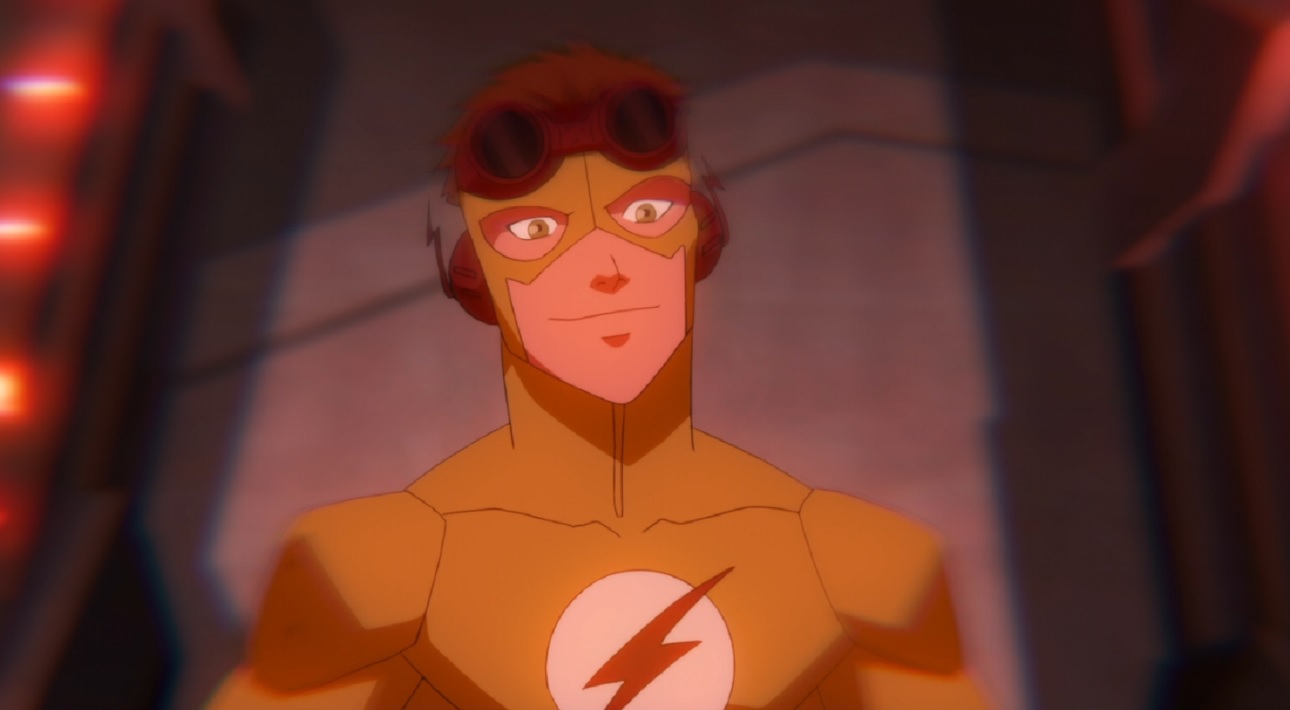 Things got pretty nostalgic when the Team stormed Granny’s Orphanage to rescue Halo. Nightwing was still recovering from a recent fever, and during an intense moment in the battle, he began to hallucinate. Dick began to see his deceased teammate Wally West, and pretty soon the whole Team appeared as they did during season 1. Everything from their former costumes to their old catchphrases returned as the Team repealed parademons. Dick eventually came to his senses and the Kid Flash flashback ended, and he realized he had never truly processed Wally’s death. As sad as the moment was, it was a great homage to season 1 that brought a smile to many ‘Young Justice’ fans. 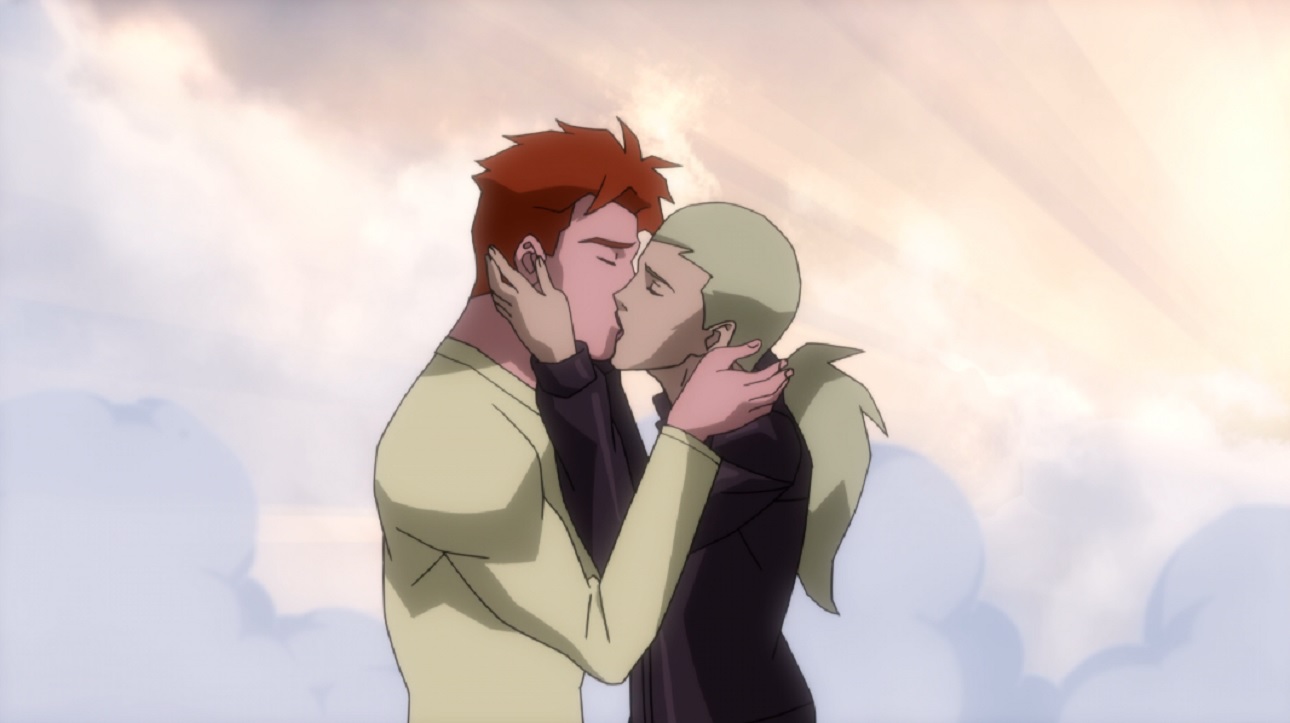 Nightwing wasn’t the only one who needed to find closure from Wally’s death. After facing a crossroads in her personal life, Artemis demanded that Zatanna help her commune with Wally’s spirit so she can say goodbye once and for all. Zatanna reluctantly complied and Artemis was transported to a world between life and death, where she and Wally finally got their happily ever after. Artemis wanted to remain in this idyllic dream world, but Wally convinced her it was time to put the past behind her and life for the future. The two shared an emotional goodbye, and Artemis was snapped back to reality feeling more at peace than ever. Although we later learned that Zatanna faked the appearance of Wally’s spirit, the emotional journey that Artemis went on was still real and the emotions hit hard. 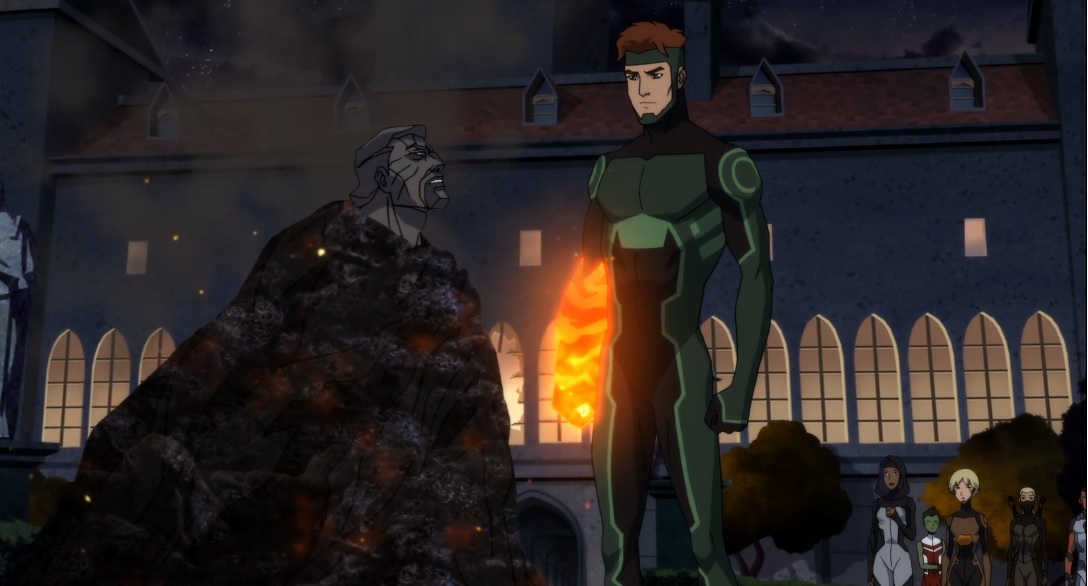 The season began in Markovia, so it was only natural for the Outsiders to return there during the final episode. Baron Bedlam stole the crown, and the Outsiders came in to intervene which led to some dramatic plot twists that changed the entire foundation of the team. Deathstroke ordered Terra to make her move and kill Beast Boy, and Artemis shocked the girl (and the viewers) by revealing that they knew she was a double agent all along. The Team was able to get through to Terra and convince her to chose them, but Brion was enraged by the deception. Geo-Force then brutally murdered Bedlam in cold blood, and claimed the Markovian crown from himself. The entire sequence was a roller coaster ride of surprises and emotional turmoil. 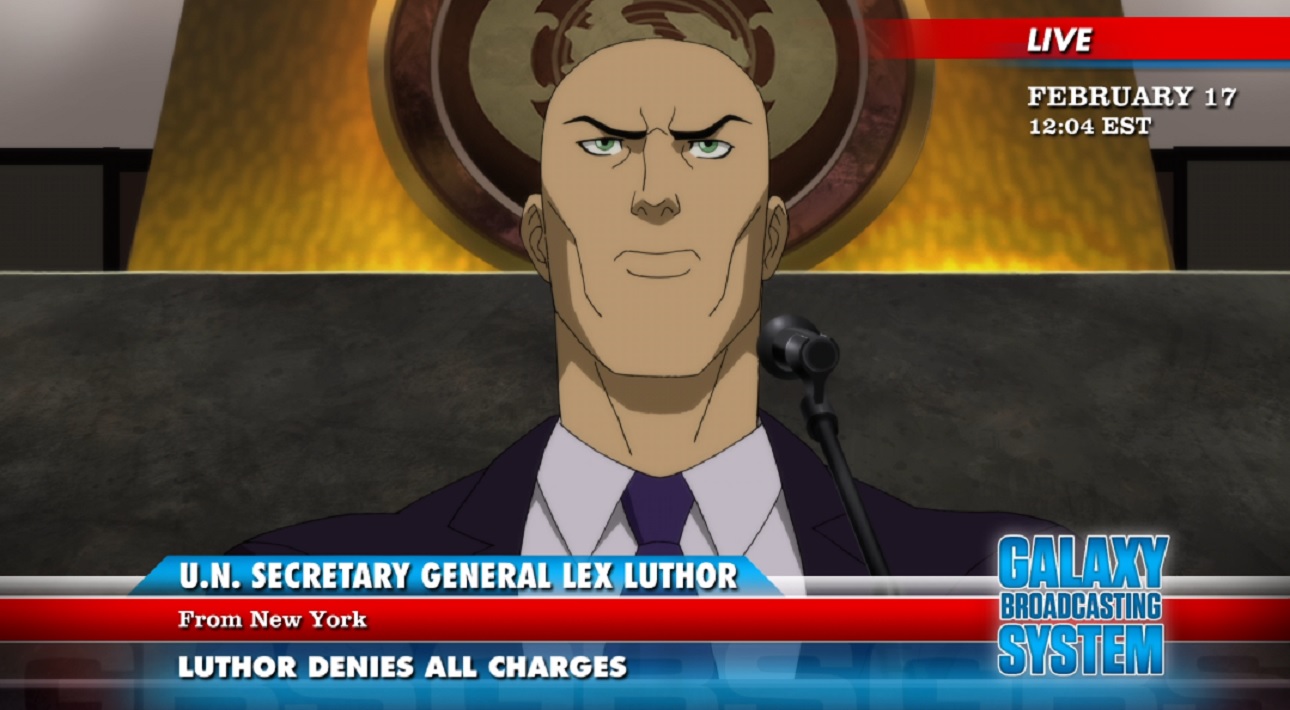 Ever since the series began, Lex Luthor has been untouchable, but all that changed during a charged U.N. meeting. Black Lightning testified that Luthor was continuing to illegally operate Lexcorp and was trafficking metahuman children. Superboy also took a brave step into the spotlight, and revealed his origins as a clone of Lex Luthor and Superman. While Lex denied the accusations and dismissed them as fake news, the avalanche of evidence was enough to get him removed as U.N. Secretary General. After seeing Lex smugly evade accountability for years, it felt so satisfying to see him get taken down a peg.

Put a Ring on It 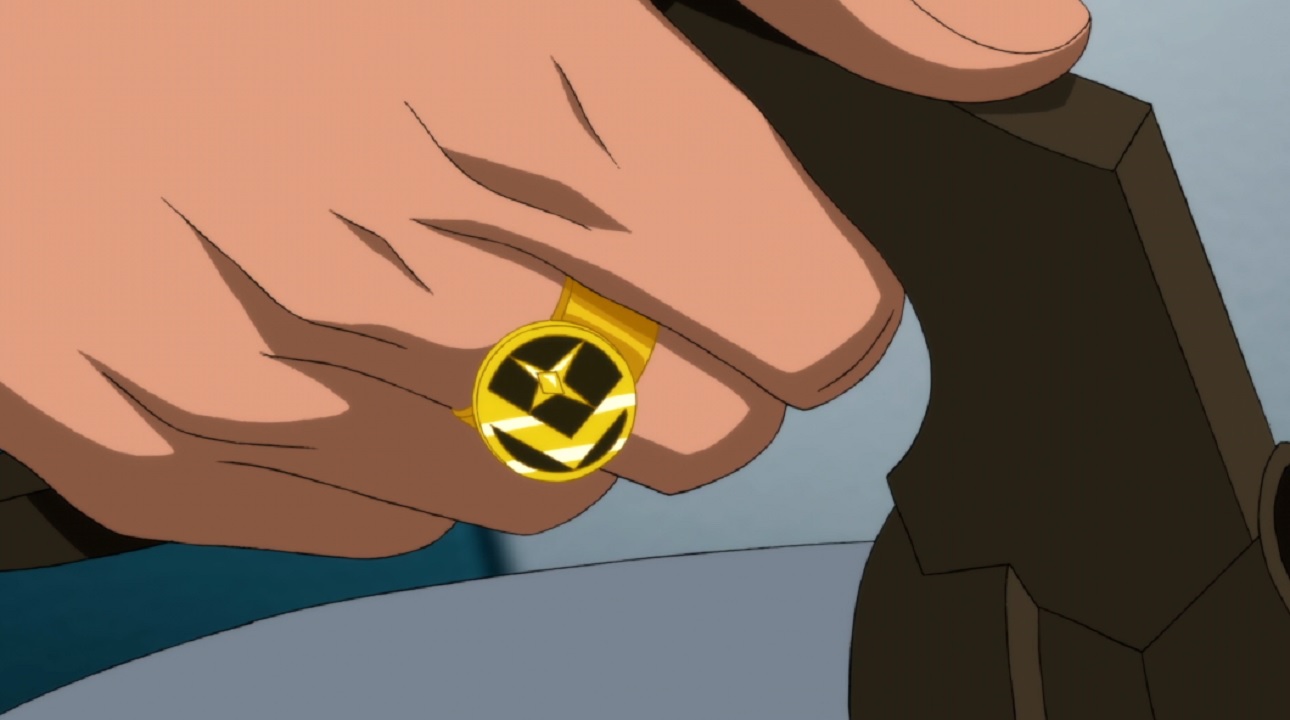 The final shot of the series (before the amusing end credits sequence) was one of the most exciting ones of all. As the heroes celebrated their recent victories at Bibbo’s restaurant, a very distinctive ring could be spotted on a waitress as she was pouring coffee. The ring’s golden L and star emblem unmistakenly point to it being a Legion Flight Ring. For those unfamiliar, those rings identify members of the Legion of Super-Heroes, the mightiest team from the 30th century. This opens up so many possibilities for season 4, and the speculation is driving us nuts!

What were your favorite moments from YOUNG JUSTICE: OUTSIDERS? Let us know in our Community!