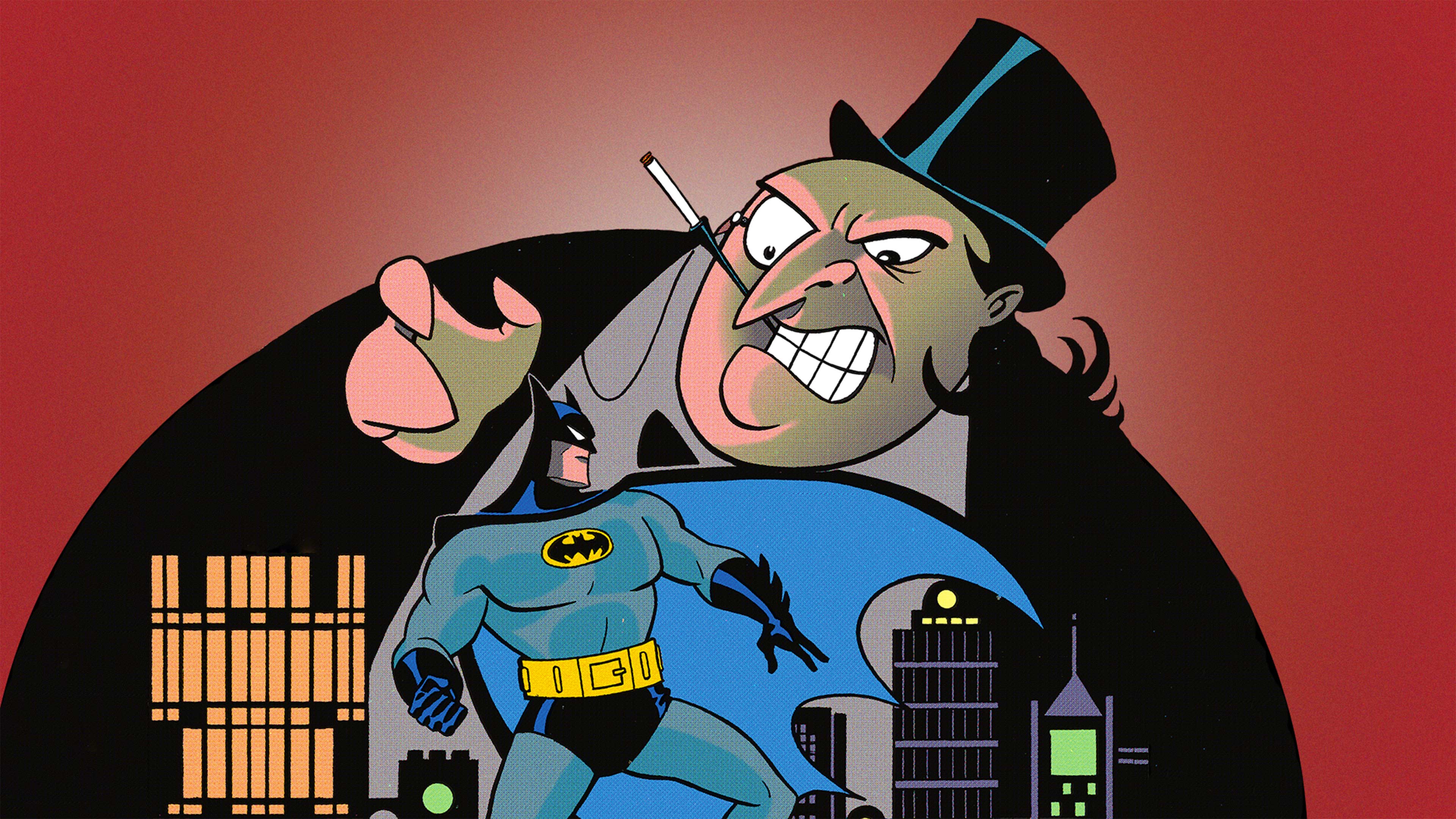 10 Animated Tie-In Comics to Read Before BATMAN: THE ADVENTURES CONTINUE

It’s no secret that Batman: The Animated Series is one of the best television shows ever produced – period. Loyal Gothamites have spent years re-watching their favorite episodes, and dreaming of ways the story could continue. Well, at long last our wishes have been heard! Producers Paul Dini and Alan Burnett will be joined by artist Ty Templeton for a new digital-first limited series set within the continuity of B:TAS! Batman: The Adventures Continue will be released this April, but if you want more of the show's Caped Crusader you don’t have to wait!

DC Universe has an entire library of comics in the B:TAS canon, and they're the perfect way to whet your appetite for Batman: The Adventures Continue. With first-rate writing and stunning art, reading these books is like watching lost episodes of the show. Not sure where to start? Here are some of our favorites! 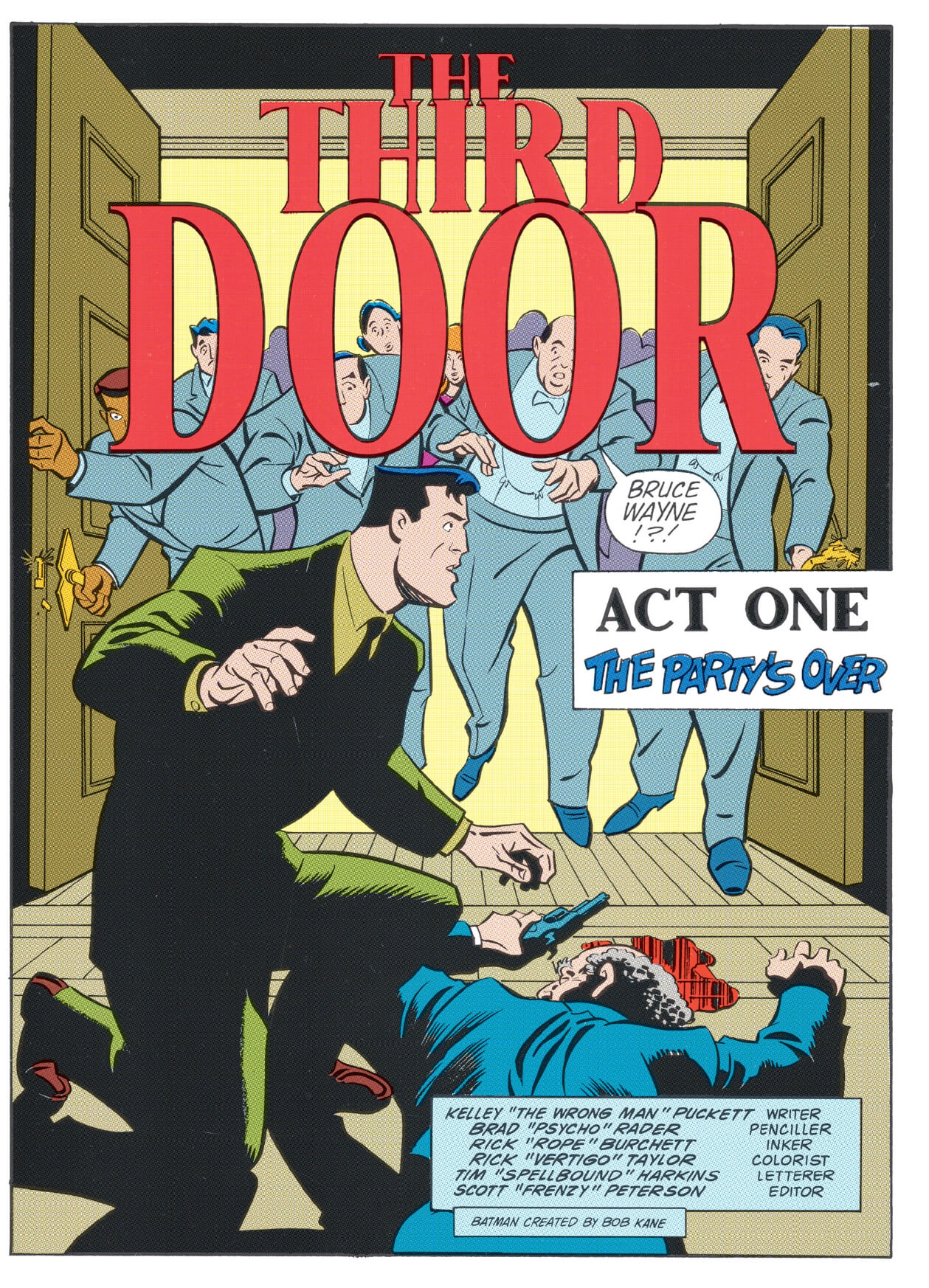 The Plot: Bruce Wayne becomes the number one suspect in a locked room murder mystery after winding up in the wrong place at the wrong time. Can Batman clear his name while he’s locked up?

Why We Love It: This story dealt with Bruce Wayne being accused of murder years before the Bruce Wayne: Murderer storyline. Plus, who doesn’t love a good locked room mystery? 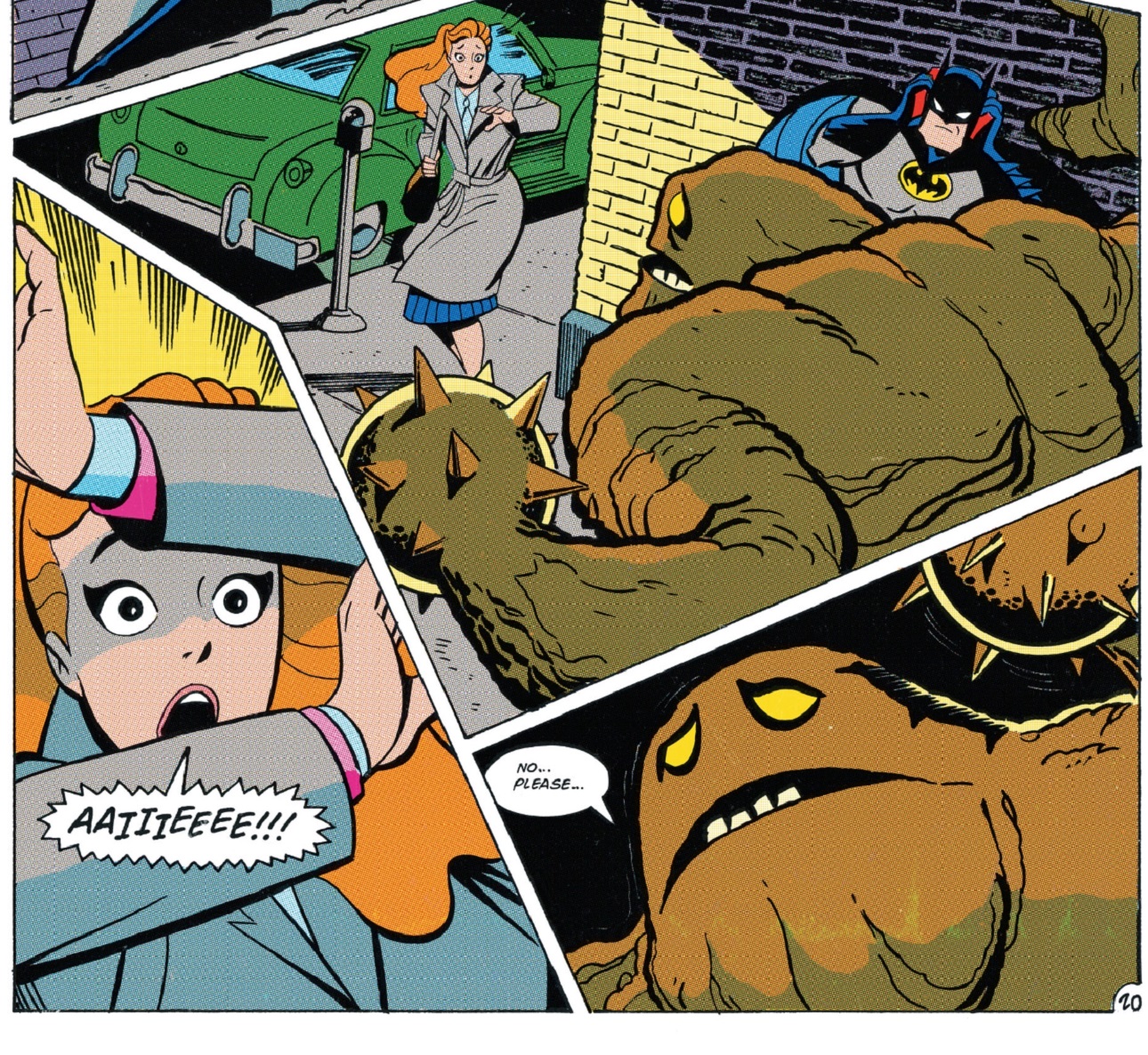 The Plot: Summer Gleeson falls for a ruggedly handsome man, who turns out to be Clayface in disguise.

Why We Love It: Batman: The Animated Series always did a great job at making the villains sympathetic, and this story captures that feeling perfectly. We also get some character development for Summer Gleeson, who was mostly a background character in the cartoon. 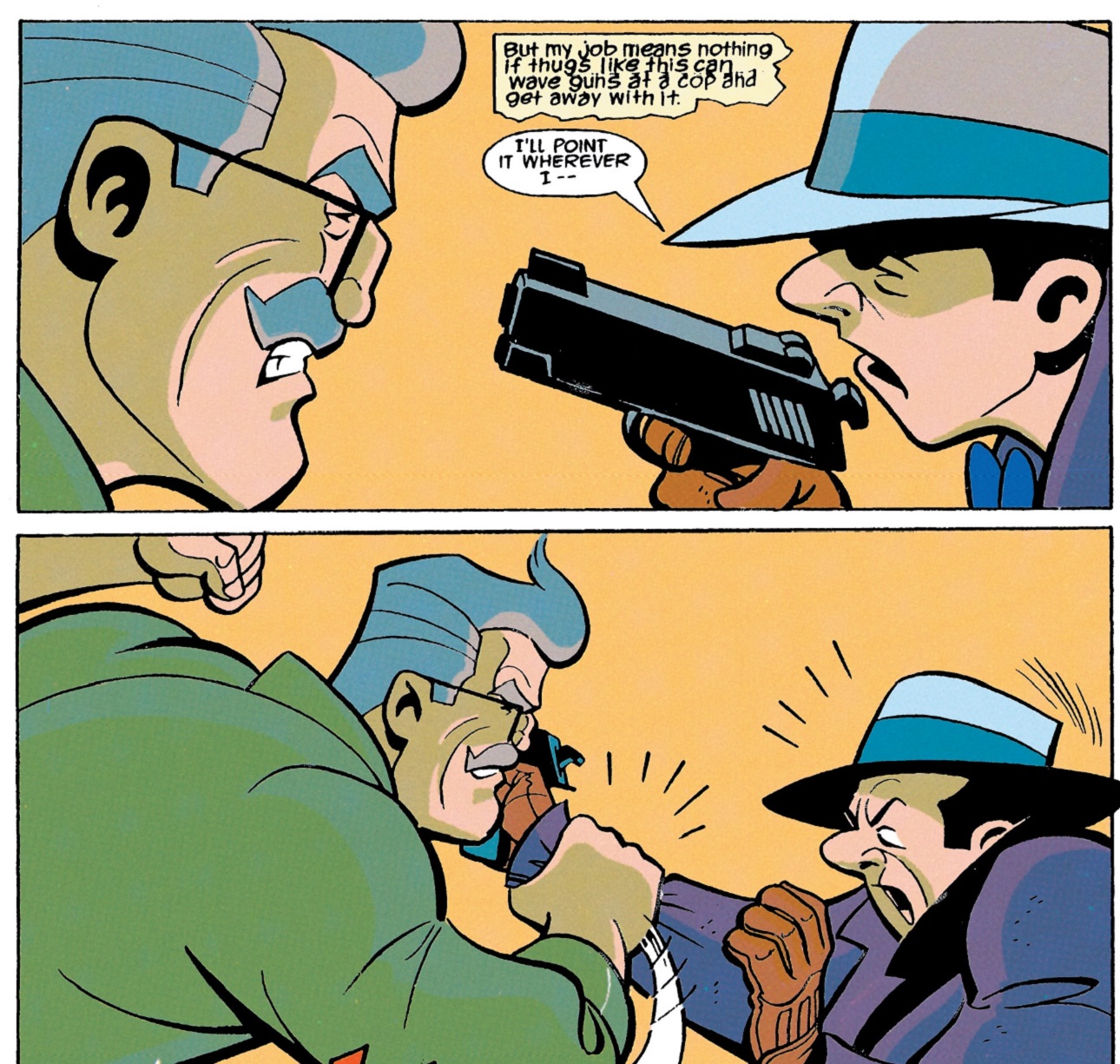 The Plot: When an undercover cop is unmasked by Rupert Thorne, Gordon vows to rescue the officer without Batman’s help.

Why We Love It: This is Jim Gordon kicking butt and taking names! Thanks to Gordon’s narration, this story feels like a family friendly version of Batman: Year One. 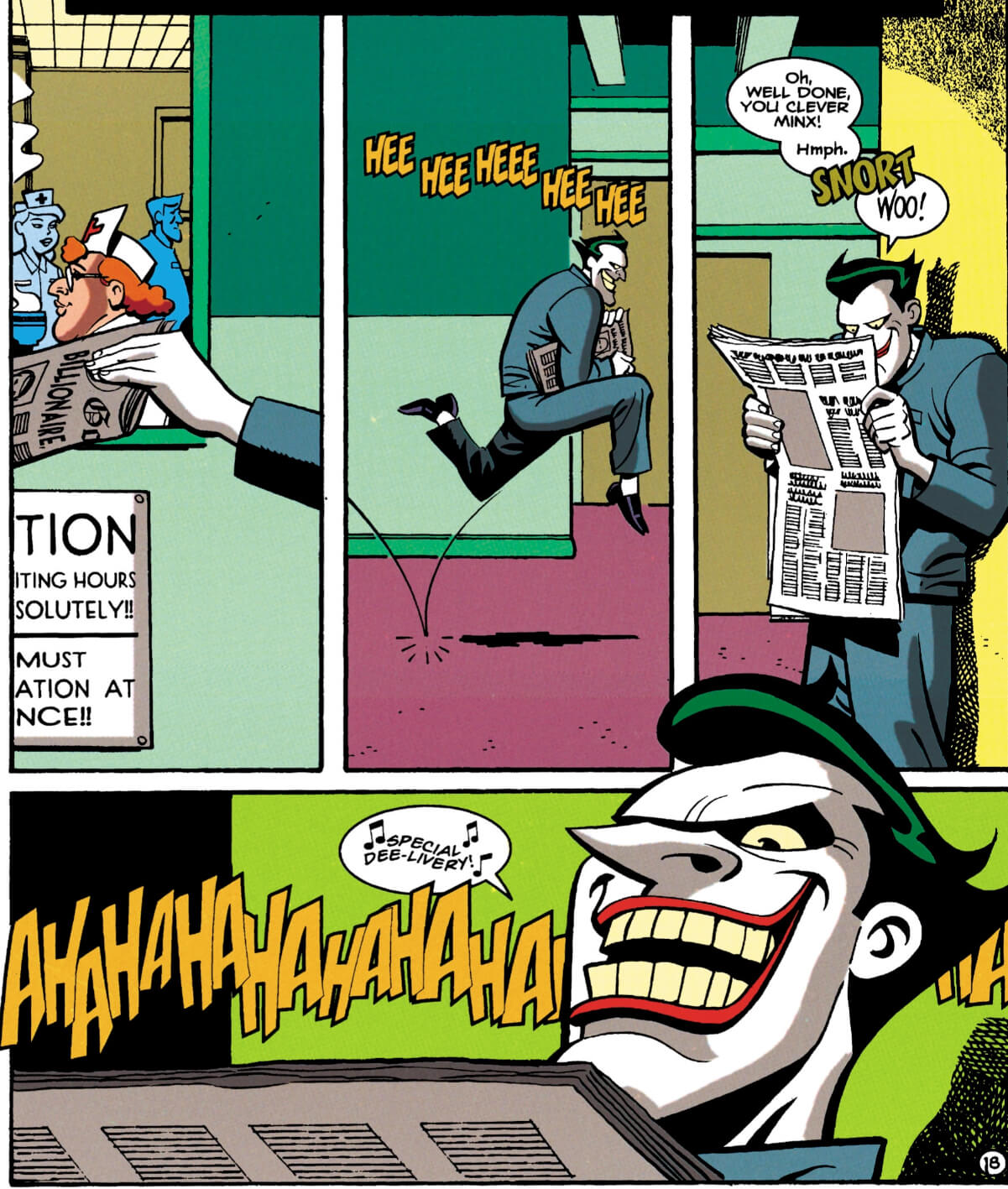 Where to Read It: The Batman and Robin Adventures #1-2

The Plot: The Joker tricks Harvey Dent into believing that his fiancée Grace is cheating on him with Bruce Wayne.

Why We Love It: This is the gold standard of animated tie-in comics. The story has the same sense of tragedy that the greatest episodes of Batman: The Animated Series had. Longtime B:TAS scribe Paul Dini crafts a story that almost feels like a “lost episode” of the classic cartoon.

“THROUGH THE LONG NIGHT” 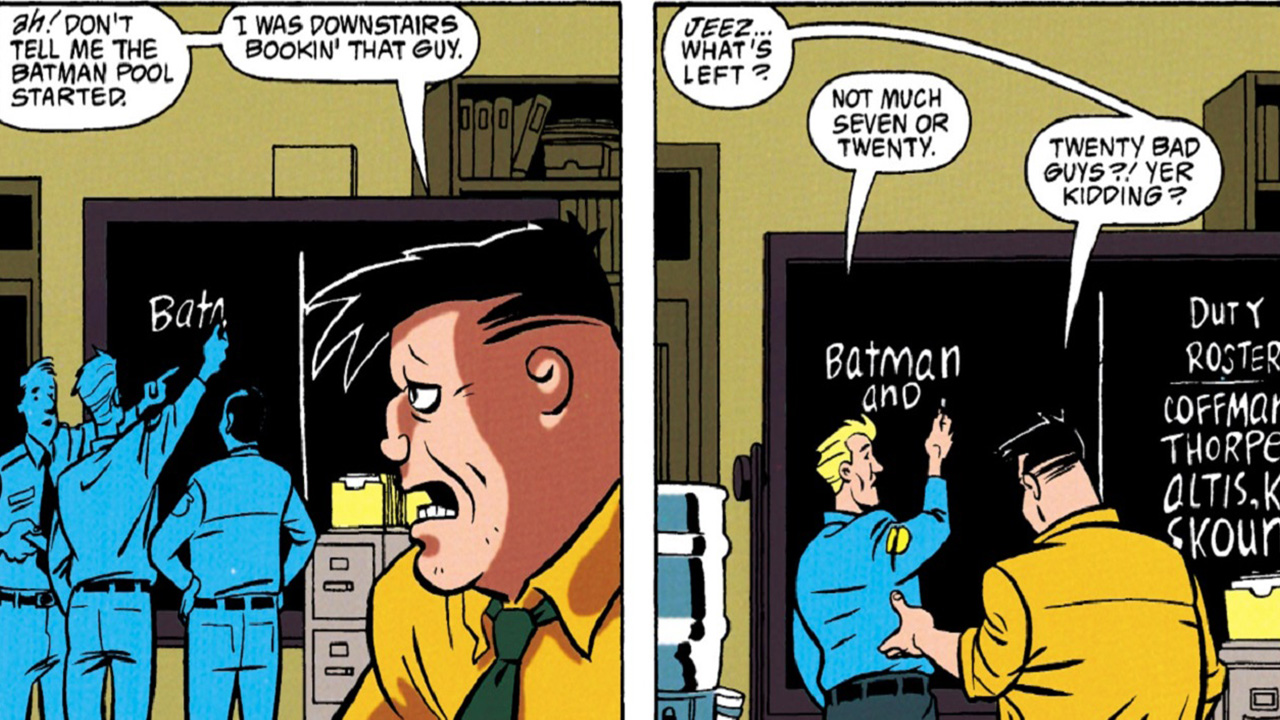 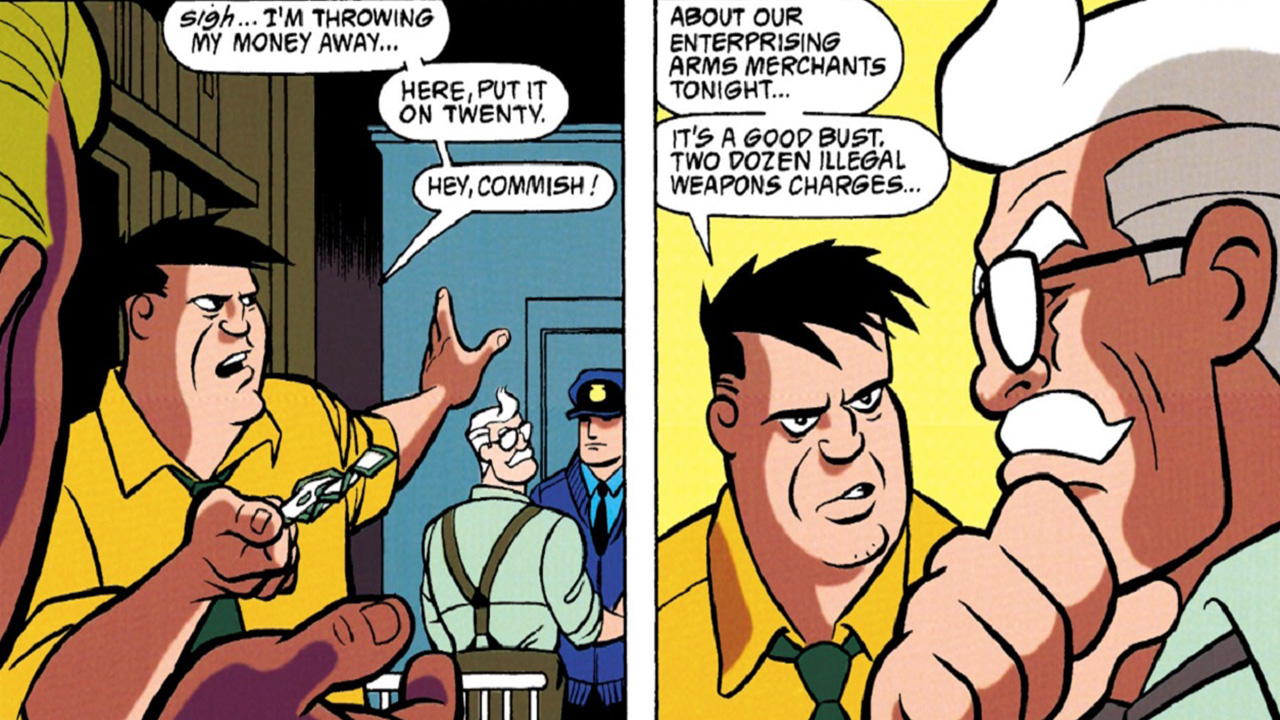 Where to Read It: The Batman and Robin Adventures #20

The Plot: Harvey Bullock and the GCPD officers place bets on how many crooks Batman can catch in one night. Harvey takes a longshot bet, and is counting on the Caped Crusader to bring in his big win.

Why We Love It: Harvey Bullock was entertaining in every scene he appeared in during the classic animated series, so naturally him getting his own character-focused issue leads to lots of comedic moments, and an ending that will bring a smile to your face.

“WITH A PRICE ON HIS HEAD” 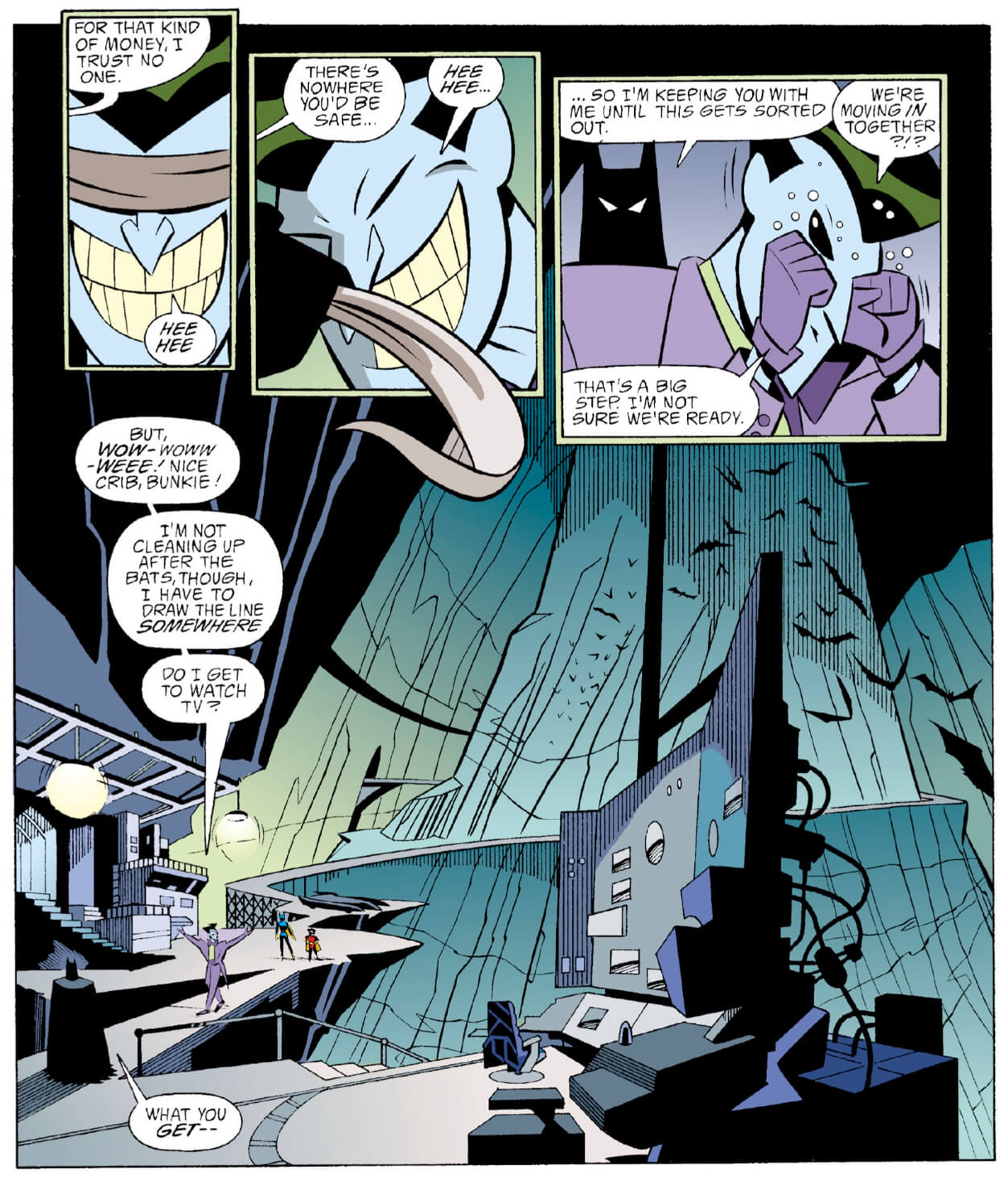 Where to Read It: Batman: Gotham Adventures #1

The Plot: Batman and the Joker become roommates! When a price is put on the Joker’s head, Batman hides the Clown Prince in the Batcave until he can defuse the situation. Hilarity ensues as the Joker makes sure he’s the most difficult cave-guest possible.

Why We Love It: There are so many great Joker moments here, and it’s hard not to hear Mark Hamill’s voice in your head as you’re reading the dialogue. The heartwarming ending reminds us that Batman isn’t just a figure of vengeance, but a man who has faith in his city. 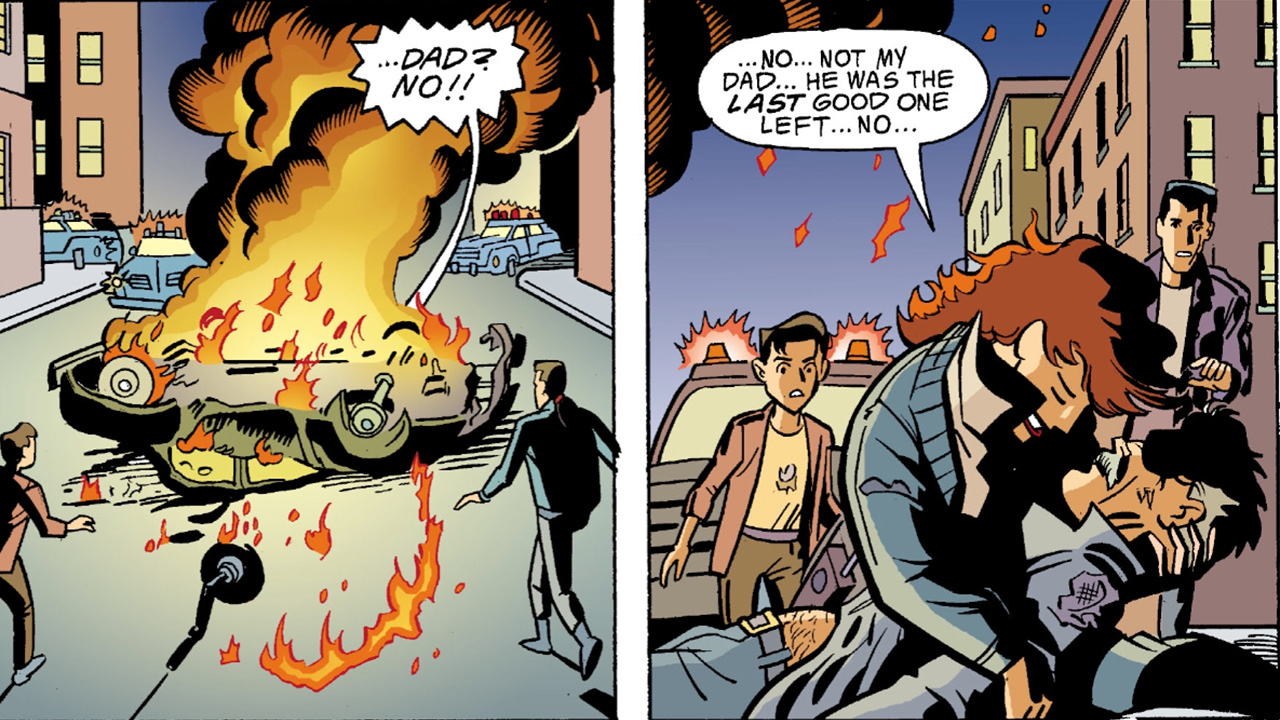 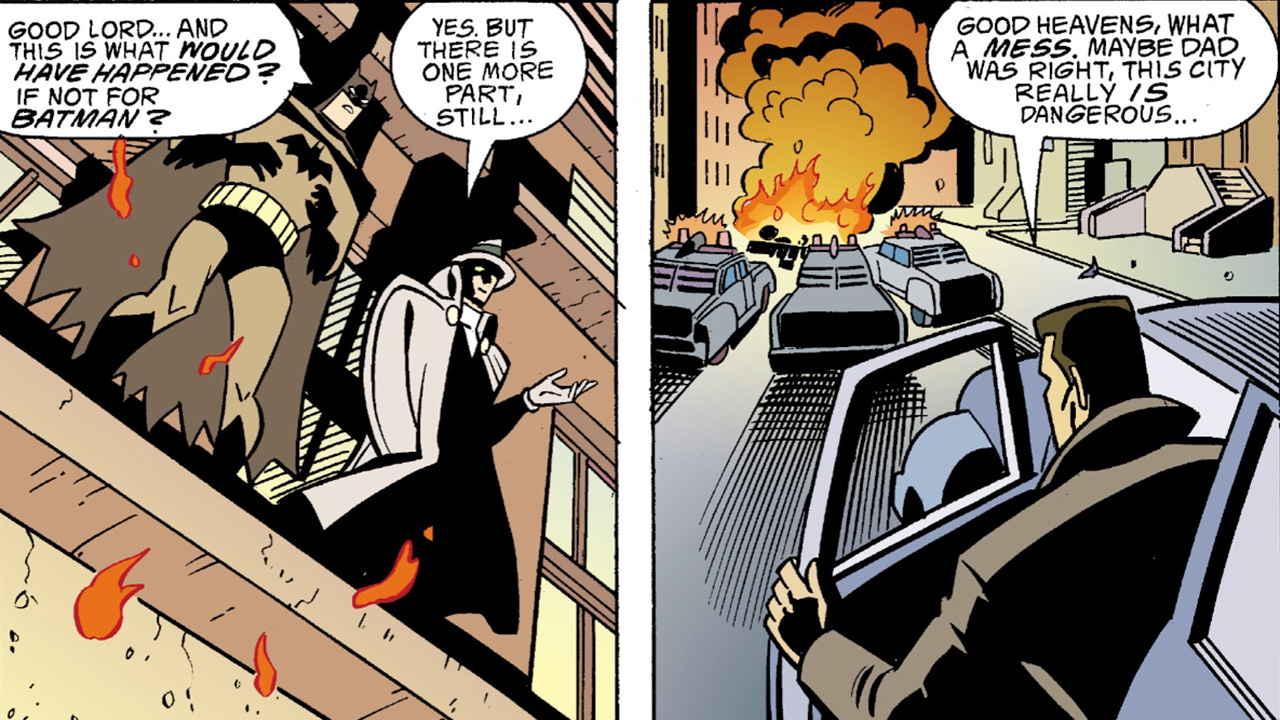 Where to Read It: Batman: Gotham Adventures #33

The Plot: The Phantom Stranger shows Bruce Wayne what the world would be like if he never became Batman.

Why We Love It: If you ever wondered what life would be like for Tim Drake, Dick Grayson, and Barbara Gordon if Batman hadn’t come along, this issue gives us a dark look. This story was written by comic book legend Ed Brubaker, who brought in the same emotional intensity he would give his later work like Gotham Central. 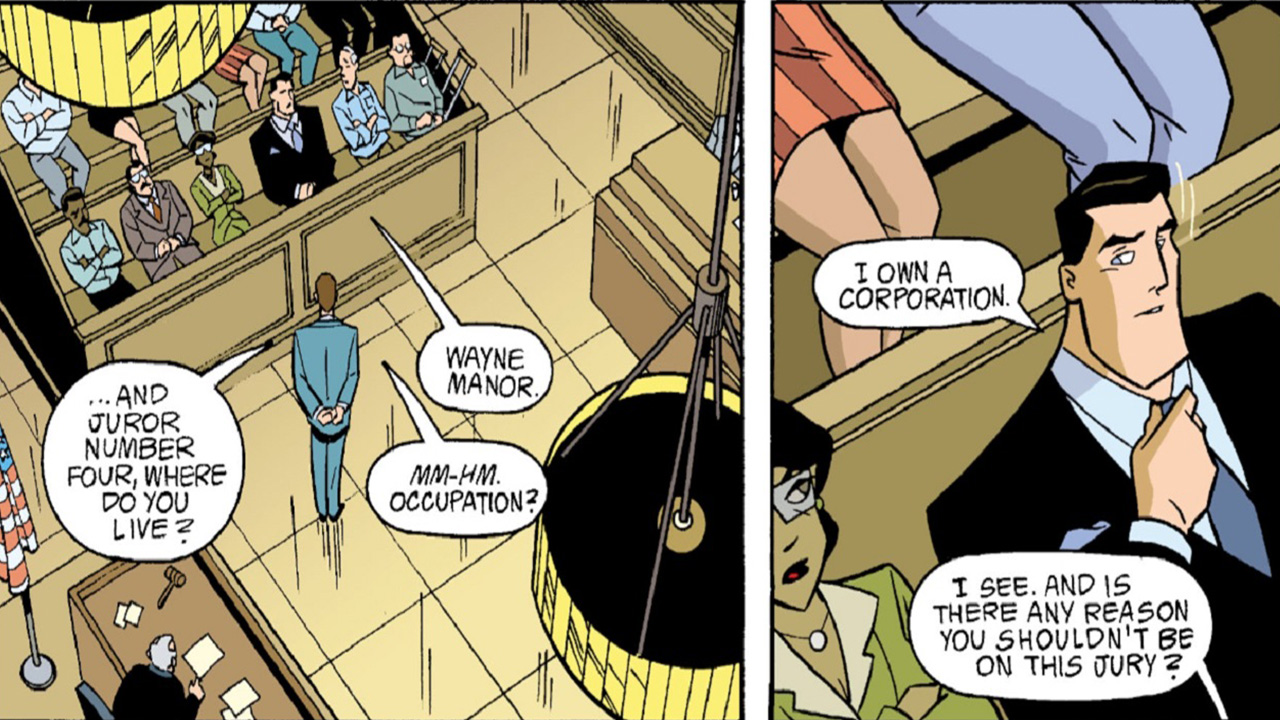 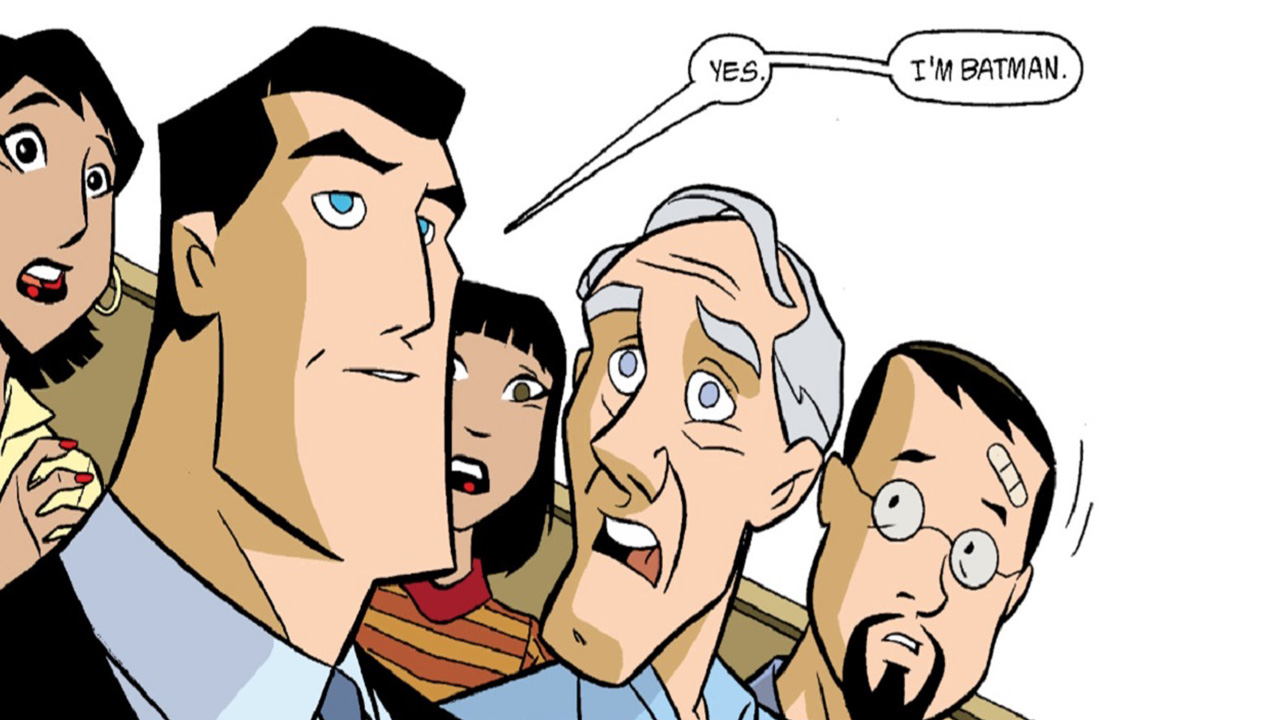 Where to Read It: Batman: Gotham Adventures #35

The Plot: Bruce Wayne has been called for jury duty, and the case he’s been assigned to involves a criminal he caught as Batman.

Why We Love It: This entire comic is a homerun simply for the scene where Bruce Wayne is forced to tell his fellow jurors that he’s Batman. An all-time classic moment. 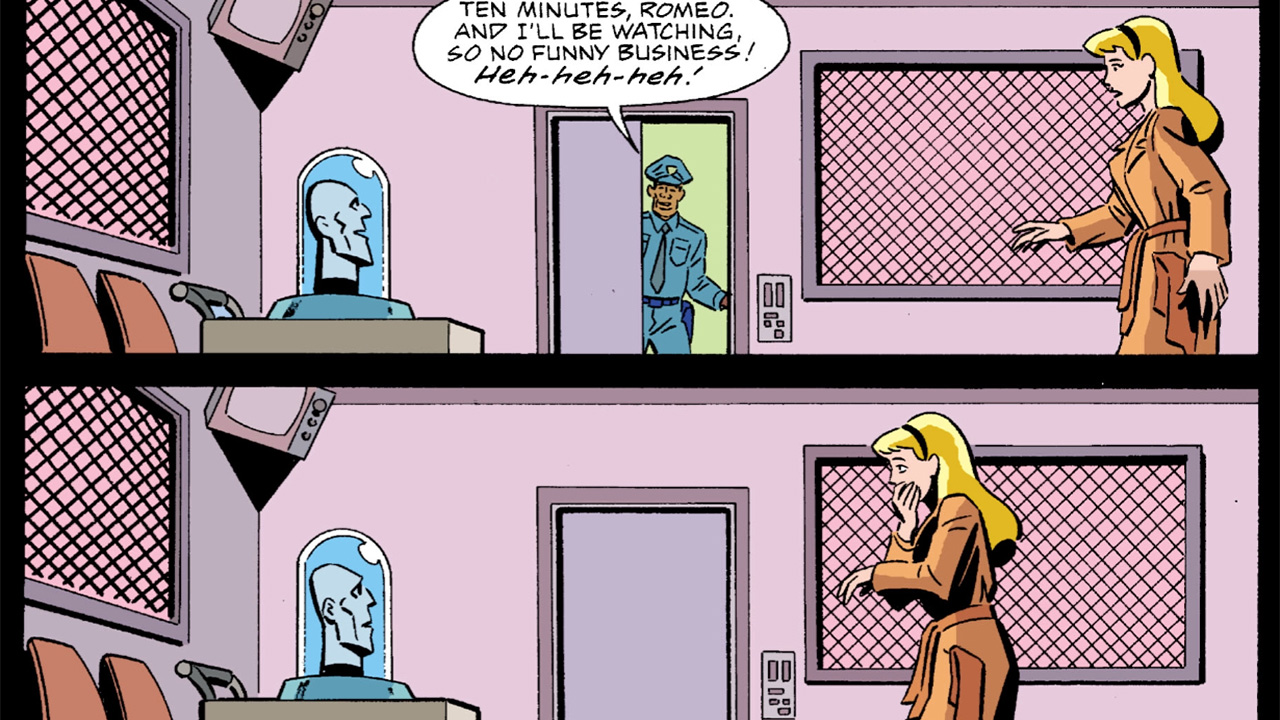 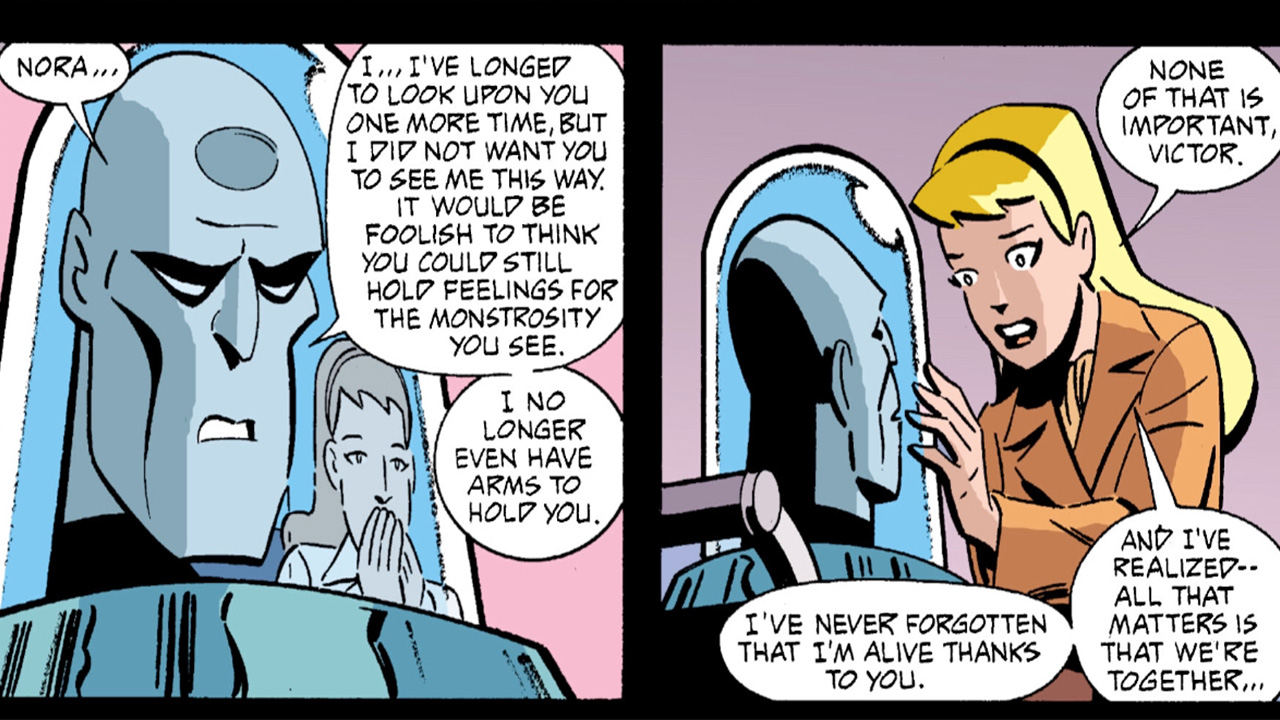 Where to Read It: Batman: Gotham Adventures #51

The Plot: Mr. Freeze’s ex-wife Nora seeks out her husband for help with an important project, but the secret she’s hiding will break Victor’s heart forever.

Why We Love It: The love story between Victor and Nora Fries is one of the biggest contributions Batman: The Animated Series made to the Caped Crusader’s mythology, and this issue is the final word on their bittersweet saga. 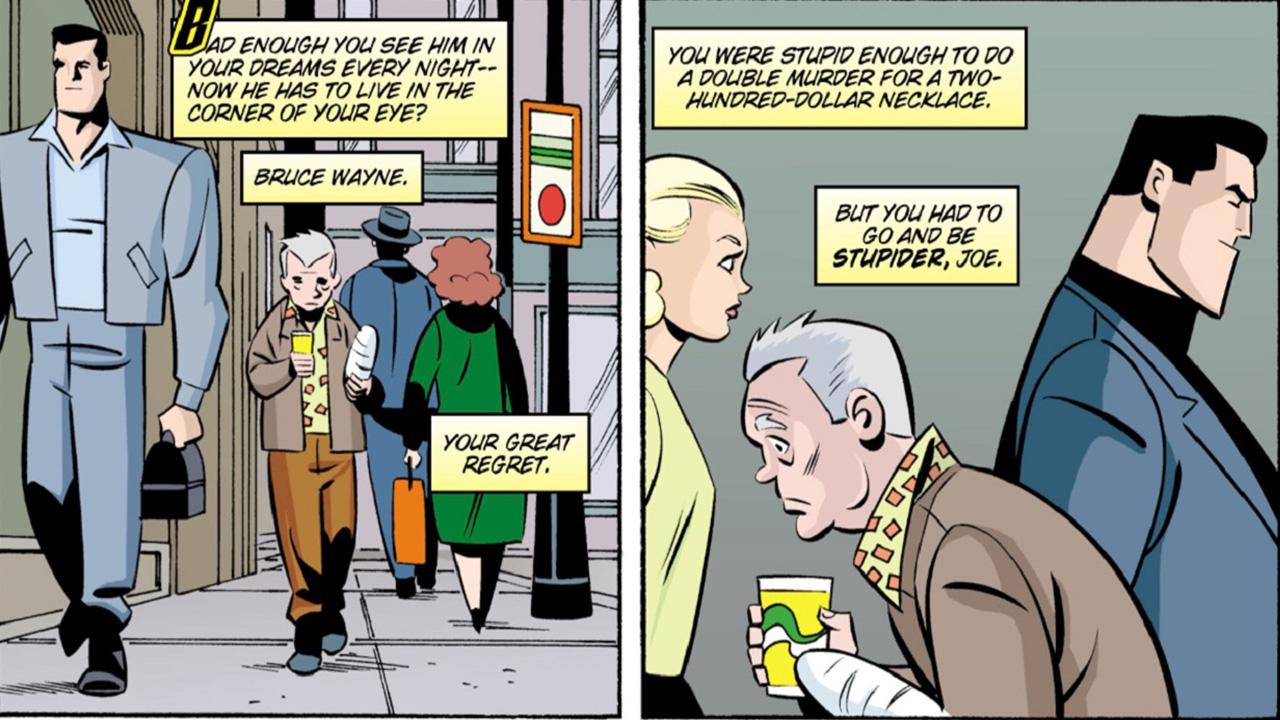 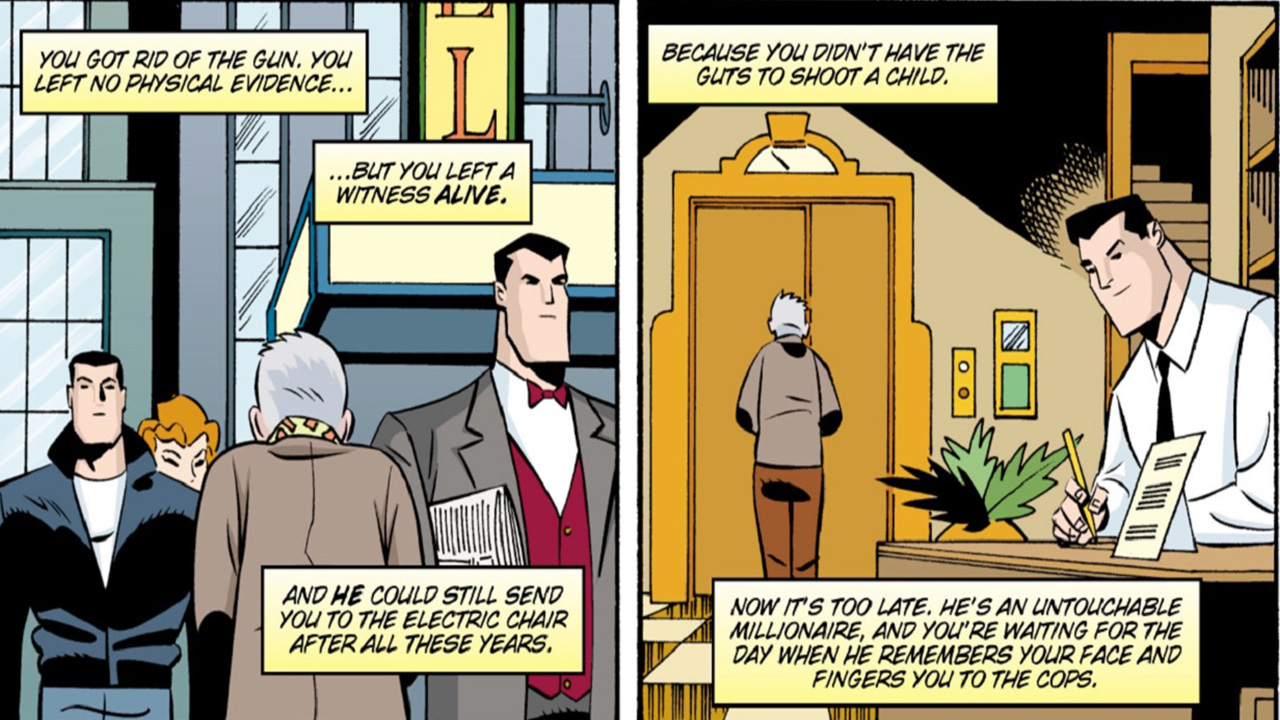 The Plot: Years ago Joe Chill murdered Thomas and Martha Wayne. Now he lives in constant fear, since Bruce Wayne has grown up to become the most powerful man in the city. Everywhere he looks, Chill see’s the face of the boy whose life he ruined. What will happen when he finally comes face to face with the real Bruce?

Why We Love It: There have been many stories dealing with the fate of Joe Chill, but this one has a twist that has never been seen before. A clever take on the character, with a poignant ending.

Do you have any BATMAN ADVENTURES recommendations? Let us know in our Community!