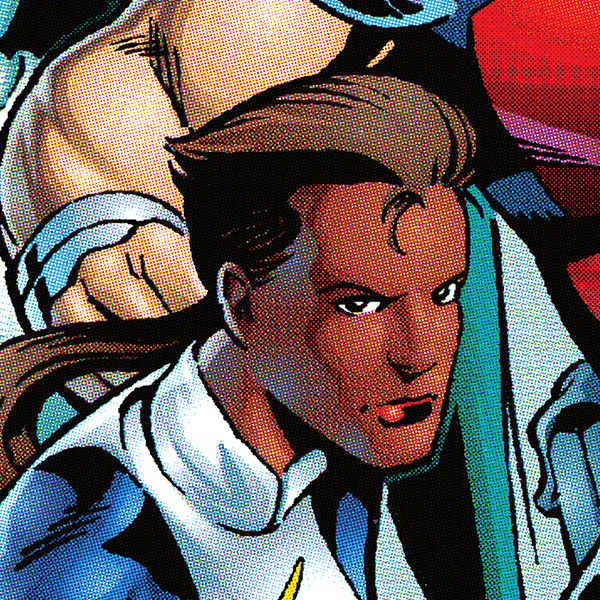 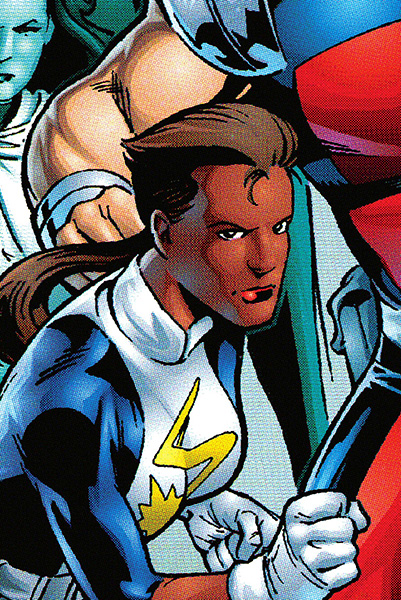 The granddaughter of The Flash and the cousin of Impulse, Jenni Ognats continues her family's heroic legacy as a speedster in the 31st century.

The granddaughter of The Flash and the cousin of Impulse, Jenni Ognats continues her family's heroic legacy as a speedster in the 31st century.

The legacy of The Flash has included many heroes, and extends over a thousand years into the future with the speedster known as XS. Before Barry Allen's death, he briefly lived in the 30th century with his wife Iris West Allen. They started a family, and had two children who inherited The Flash’s super speed powers who became known as the Tornado Twins. When the twins grew up, they began families of their own. Dawn Allen married a man named Jeven Ognats, and together had a daughter named Jenni. Not long after she was born, Jenni's family was attacked by Flash's arch-enemy Professor Zoom. Together with the family of her uncle Don Allen, they fled to a parallel Earth using the Cosmic Treadmill.

Growing up on Earth-247, Jenni didn't display any super-speed powers until she became a teenager, when the site of her father being tortured by the alien overlords called the Dominators activated her abilities. She used her newly found connection to the Speed Force to free her dad from captivity, and was soon drafted into the newly formed Legion of Super-Heroes native to her universe, under the codename XS. Although she was at first very nervous about her heroic career and felt unsure of herself, she ultimately proved to be a capable member of the Legion. Eventually, she and her Legion teammates travelled to the 21st century, where she met her time-displaced cousin Bart Allen, the speedster known as Impulse, as well as other members of the Flash family.