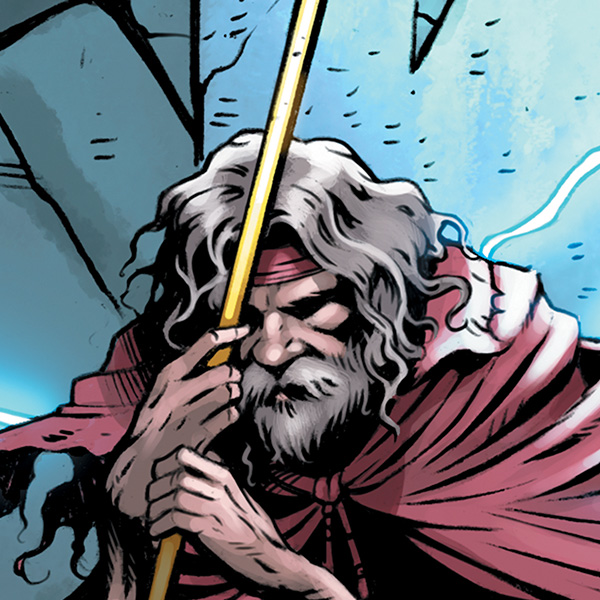 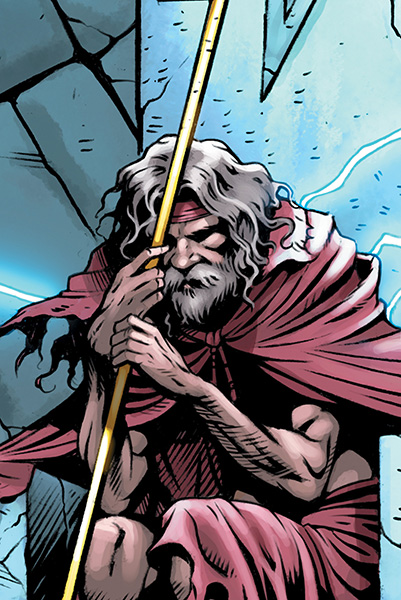 The ancient sorcerer who grants Shazam his magical powers, the Wizard has been waging a war against evil for untold centuries.

The ancient sorcerer who grants Shazam his magical powers, the Wizard has been waging a war against evil for untold centuries.

Known primarily as the ancient sorcerer who granted the DC Super Hero Shazam (formerly Captain Marvel) his name and powers, the Wizard named Shazam actually has a history stretching back thousands of years. In his original Golden Age incarnation, he was portrayed as an ancient Egyptian who fought against evil for centuries. When he was too old to continue, he passed along part of his power to young Billy Batson, who transforms into a super hero when he shouts Shazam's name. Although Shazam has passed on, Billy can summon his ghost for brief periods of time in the Rock of Eternity. He continues to give Billy guidance, and is in some ways more powerful in death than he was in life.

Over 5,000 years ago, the Wizard was a young shepherd named Jebediah, who became the Champion, one of the world's first super heroes, in ancient Canaan. This Champion then created the Rock of Eternity from two large rock formations – one from Heaven and one from Hell – where he then trapped the demons known as the Seven Deadly Sins in statues that resembled them, and imprisoned them for all time in the Rock of Eternity... In the post-FLASHPOINT reality, the Wizard is from Kahndaq, and was the last member of a council of beings who controlled magic from the Rock of Eternity. He only granted Billy Batson his powers as a last resort, as Billy was a selfish child. He revealed to Billy that "Shazam" was just a chosen name, and that his true name is Mamaragan.