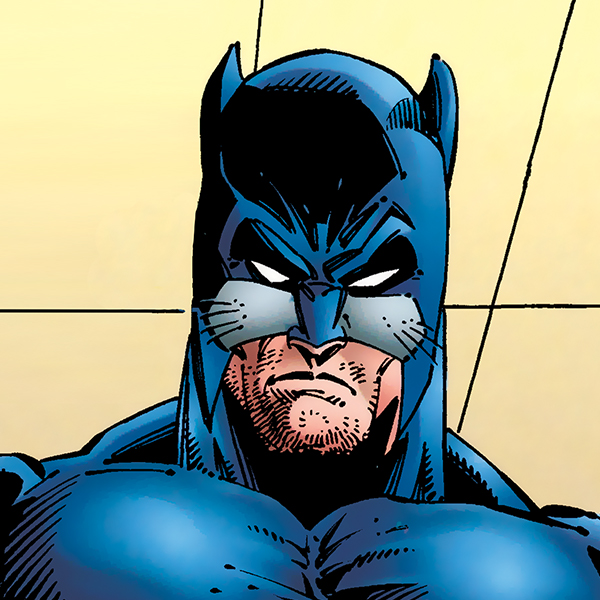 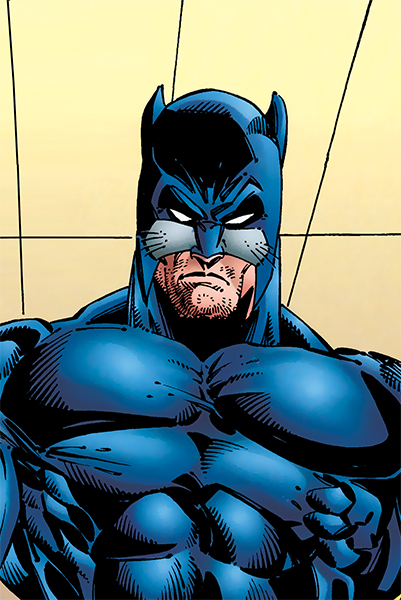 For decades, world champion heavyweight boxer Ted Grant has been using his prize-winning fists against America’s greatest enemies -- and teaching the next generation of crime fighters how to throw a punch in the face of evil.

For decades, world champion heavyweight boxer Ted Grant has been using his prize-winning fists against America’s greatest enemies -- and teaching the next generation of crime fighters how to throw a punch in the face of evil.

True justice often requires thorough systemic reform and mutual understanding of multiple points of view, and open lines of communication and collaboration between parties going forward. But sometimes, evil just needs a whopping punch in the jaw. And it’s a rare man in the hero game who hits harder, faster and truer than Wildcat: heavyweight boxing champion, Justice Society stalwart, and personal trainer to many of today’s most capable crime fighters. Many a JSA enemy has made the mistake of counting Grant out for not having the super powers of his peers. But sooner or later, they all learn that this is one Wildcat you don’t want to go three rounds with. 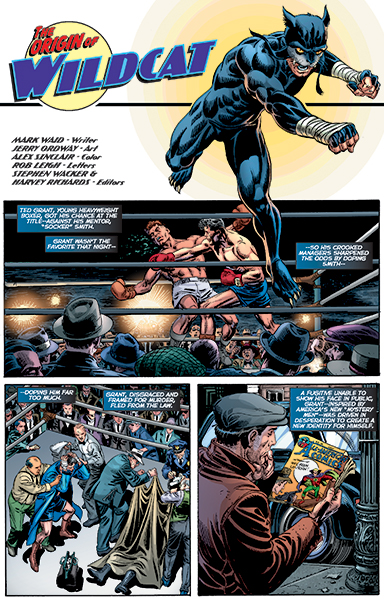 In the depths of the Great Depression, the orphaned Ted Grant was a young man without parents, prospects, or options. All he had was a love of athletics inherited from his father at an early age, so he would be tough enough to grow up in an uncaring world. One night, Ted put that scrappiness to use by intervening in a back alley mugging -- only to find that the would-be victim was “Socker” Smith, a famous heavyweight boxer. Eager to return the favor, Socker took Ted under his wings and showed him the ropes of the Sweet Science of boxing.

Unfortunately, Ted was soon unwillingly embroiled in a scandal which would make him a wanted man. Socker’s crooked managers, in an attempt to fix an upcoming fight, dosed him with a poison meant to slow his reflexes -- but he overshot the dosage, and ended up murdering Ted’s mentor. Grant, framed for the crime, was forced to flee the scene in order to clear his name. Inspired by a Green Lantern comic book, Grant took up the identity of Wildcat in order to apprehend his mentor’s true killers. From that point on, Wildcat would remain on the prowl ever more against injustice. 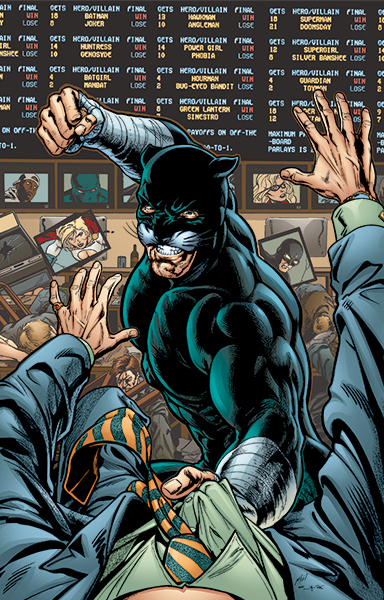 Even as a civilian, Ted Grant was one of the world’s greatest heavyweight boxers. His power, speed and agility in a fight makes him one of the scrappiest heroes who can handily keep up with the best of DC’s bench of martial artists. He may have one subtle metahuman power, however: at least once, Wildcat has claimed to also sport catlike night vision, allowing him to see in complete darkness (JLA #30, 1999).

Like many members of the JSA, an early encounter with the mystical villain Ian Karkull significantly slowed his aging process, allowing him to fight at his prime for decades longer than should be natural (ALL-STAR SQUADRON ANNUAL #3, 1984). In addition, a separate magical confrontation between Zatara and his nemesis King Inferno granted Wildcat nine lives -- allowing him to instantly recover from seemingly mortal injuries (JLA #31, 1999). 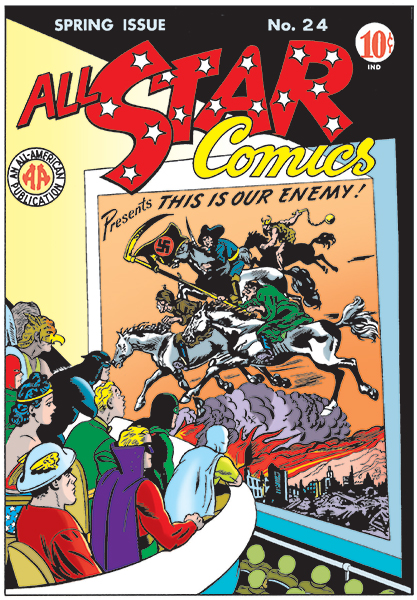 Ted Grant spent his early career as Wildcat careening about town on his custom motorbike, the “Cat-o-Cycle,” and even had his own sidekick for a time, private dick and motorcycle repairman “Stretch” Skinner. But when World War II broke out, Wildcat joined the ranks of the Justice Society of America to protect the country from its greatest enemies (ALL-STAR COMICS #24, 1944). Near the end of the war, a magical encounter with Zatara’s nemesis King Inferno bestowed him with nine lives, allowing him supernatural resilience from certain death until they ran out.

After the war, Wildcat fathered two children. The first, Jake, was born to his girlfriend Irina, but was tragically abducted by a long-time villain of Grant’s known as The Wasp. Ted was never able to find his son again, and Jake was raised as Wasp’s own son until they would meet again decades later (SECRET ORIGINS #50, 1990). His second son, Tom, was the product of a one night stand. He too wouldn’t get to meet his father until much later in life.

During CRISIS ON INFINITE EARTHS, Red Tornado, under control of the Anti-Monitor, shattered Wildcat’s legs beyond the repair of his innate magical recoverability. Though he survived the encounter, the medical opinion was that Ted Grant’s days of landing on his feet were finally behind him. 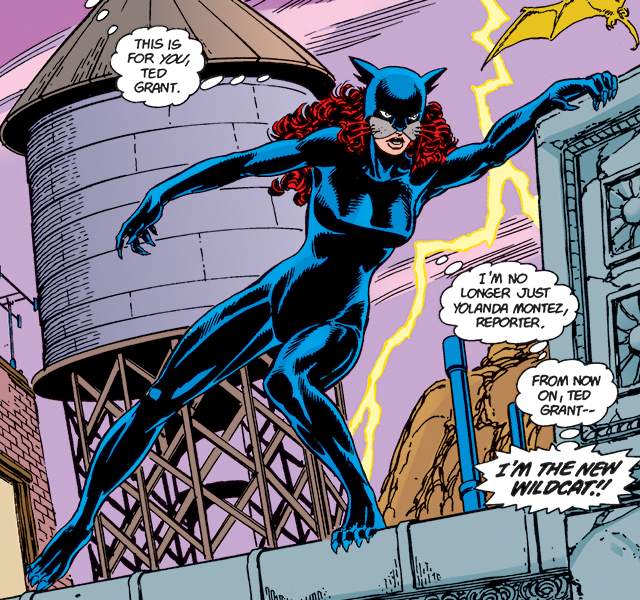 One of the cornerstones of the Justice Society of America is legacy. Though neither of Wildcat’s sons were available for him to reach out to, his goddaughter, child of Mexican boxer “Mauler” Montez, answered the call. Due to experiments performed on her mother during pregnancy by the mad scientist Dr. Love, Yolanda Montez was born with retractable claws and supernatural agility -- incidentally making her the perfect candidate to take up the Wildcat name (INFINITY, INC. #26, 1986). As her godfather slowly, miraculously recovered, Yolanda received guidance and training from Ted while building relations with the superhero community as a member of the JSA legacy team Infinity, Inc.

But after the death of her fellow Infinitor Skyman, Infinity, Inc. was disbanded, leaving the new Wildcat to find another path. That path led her to the “Shadow Fighters,” a group of heroes assembled by Amanda Waller to take down the looming threat of Eclipso. Montez fought the cosmic wrath entity with rare valiance, but she was ultimately destroyed. (ECLIPSO #13, 1993) 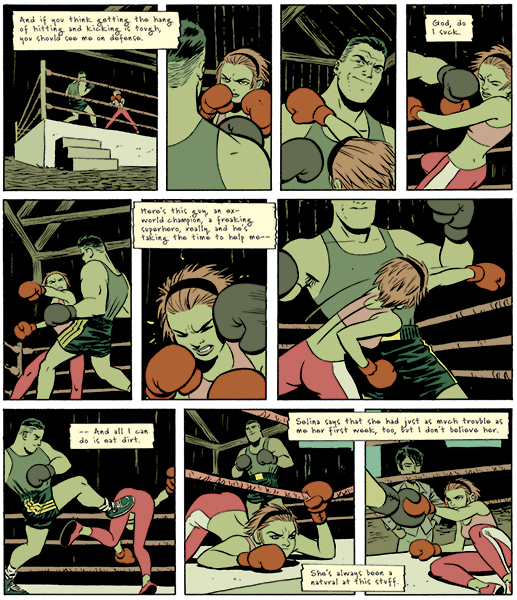 After his goddaughter’s death, Ted Grant returned to the Wildcat costumin hopes of advising other heroes from meeting similar fates. Having trained Batman, Catwoman, and Black Canary in the past, Wildcat took to teaching the next generation of the JSA family how to protect themselves and each other. His second son, Tom Bronson, even returned to the fold as “Tomcat” -- though Ted made it clear that whenever Tom felt he was ready, he’d be honored to pass on the Wildcat name to his son. (JUSTICE SOCIETY OF AMERICA, 2007) 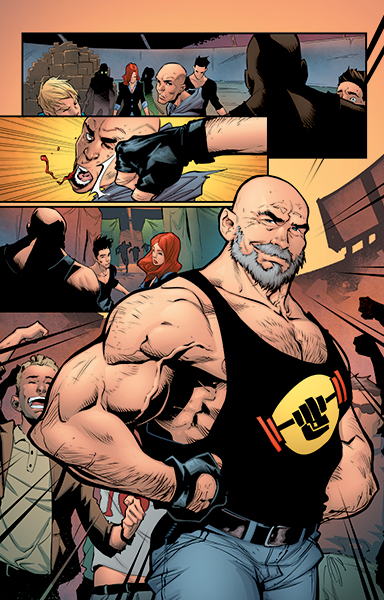 In the timeline-altering aftermath of FLASHPOINT, Wildcat’s existence was removed from central DC Universe continuity along with the rest of the Justice Society -- his existence shunted to the neighboring universe of “Earth 2.” There, Ted Grant appeared as a displaced refugee from a world under threat of Apokolips, where he taught Dick Grayson how to fight. The Dick Grayson of this Earth never knew Bruce Wayne well, so Grant’s lessons in combat paved the way for Dick to eventually assume the role of Earth 2’s Batman.

Between the events of DC UNIVERSE: REBIRTH and DOOMSDAY CLOCK, the powerful, reality-shifting being known as Doctor Manhattan restored a great deal of the past, present, and future that had once been lost, and Wildcat once more exists in the past of the DC Universe.