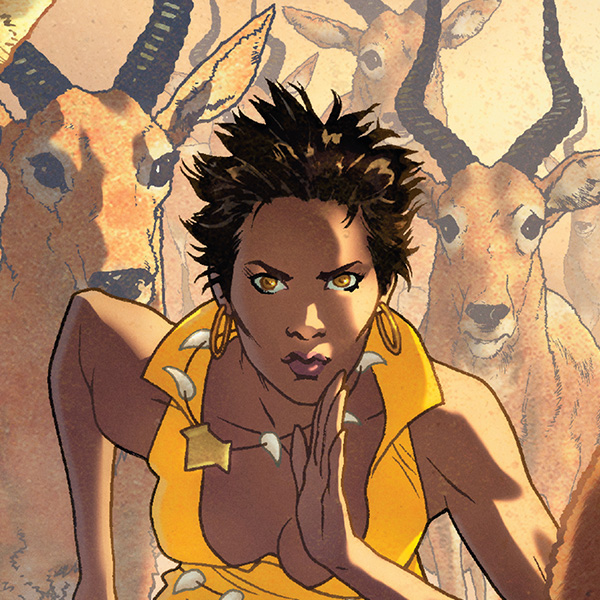 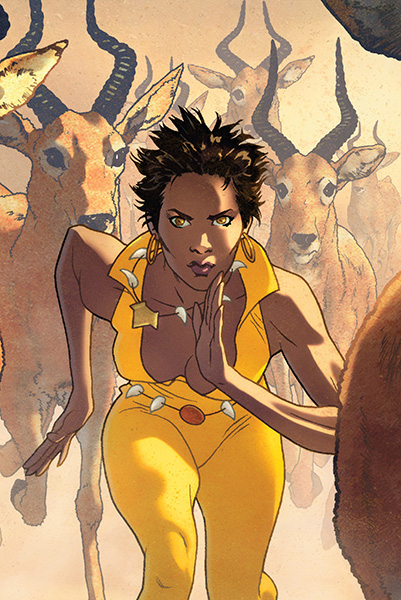 With the power to channel the abilities of the entire animal kingdom, Mari McCabe is one of the most versatile heroes in the Justice League.

With the power to channel the abilities of the entire animal kingdom, Mari McCabe is one of the most versatile heroes in the Justice League.

One of the most formidable women in the DC Universe, African-born Mari McCabe was an internationally famous supermodel whose stunning looks made her a legend on the runway. But there's a lot more to her than what is on the surface, as McCabe was also the DC Super Hero known as the Vixen. In her crimefighting persona, Vixen used her ancient African Tantu Totem inherited from her ancestors, which allowed her to channel the powers of the entire animal kingdom. She can mimic the strength of a bear, or the speed of a cheetah, making her a hero with one of the most expansive power sets in the entire multiverse.

With these powers, Vixen eventually joined the Justice League of America during an era of great change for the team, but her initial time with the League was marked by tragedy, as two of her fellow recruits in the JLA died, forcing the team to disband. She later lent her skills to other super groups like the Suicide Squad, Checkmate, and the Birds of Prey, before rejoining the League and becoming a charter member of the second Justice League International. She most recently became one of Batman's recruits in his newly formed Justice League of America, and continues to fight for the rights of the oppressed all over the globe. 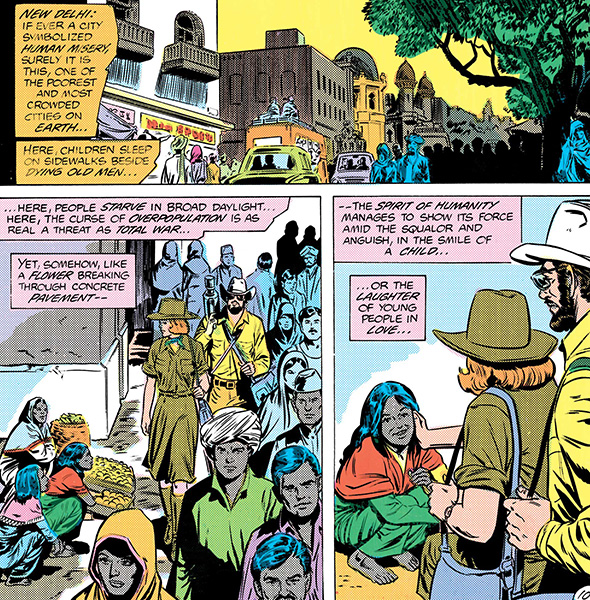 Centuries ago on the continent of Africa, a legend arose about the warrior Tantu, who asked the Trickster God Anansi the Spider to create a totem that would give the one who wore it all of the powers of the animal kingdom, but only if the wearer harnessed that power to defend the innocent. Tantu used this totem to become the first super powered hero of Africa, and a legend that would live on for thousands of years. The totem was later passed down to Tantu's descendants, until it reached the Jiwe family in the modern era.

Having grown up in a small African village, a young girl named Mari Jiwe was told the story of the Tantu Totem by her father, Reverend Richard Jiwe, the village priest, who raised her as a single father after a group of poachers lead by a man named Aku Kwesi, killed Mari's mother. Her father himself was later killed by his by his half-brother, General Maksai. Makasai wanted the Tantu Totem for his own evil ends, and he knew his brother had it in his possession. Once he got what he wanted, his young daughter fled from Africa, fearing for her life.

Now an orphan with no family left, Mari escaped to the United States, settling in New York City. She became a fashion model of world renown, and carved a new identity for herself under the name Mari McCabe. Now an international celebrity and a world traveler, Mari ended up back home to Africa as an adult. Once there, she managed to find her villainous uncle, and stole the Tantu Totem back from him, and began to channel its power, starting a career as the superheroine known as the Vixen.

Not long after her heroic career began, Aquaman disbanded the original Justice League of America, and began a new one in the city of Detroit. He recruited four new members to the team, and Vixen was one of them. This version of the JLA was tragically short-lived however, as two of her teammates, Vibe and Steel, were killed in action, leading to the team disbanding. After her JLA dissolved, Vixen became a solo hero, although she would find herself working with other teams on occasion, like the Birds of Prey, Checkmate, and the Suicide Squad, during which time she briefly dated her teammate the Bronze Tiger. Eventually, Mari started her own successful business, creating her own line of clothing.

Vixen once again became a full-fledged member of the JLA during the time that Black Canary was its leader. But soon into her tenure with this new League, she noticed a change in her powers, as she no longer was just drawing on animal powers, but on the abilities of anyone in proximity to her, draining the powers of her fellow teammates. Black Canary dismissed Vixen from the team, but then asks the sorceress Zatanna to help her in fixing the Tantu Totem. With her help, Vixen journeys inside the reality of the totem, where she confronted the trickster god Anansi, and has him restore her proper abilities.

When the history of the universe was reimagined after the events of 2011's FLASHPOINT, Vixen became a charter member of the new Justice League International. Unfortunately, her time on the JLI was short-lived, as she was seriously injured in an explosion while on a mission, and rendered comatose. After the JLI disbanded, and Vixen recovered, she joined Batman's offshoot Justice League of America. 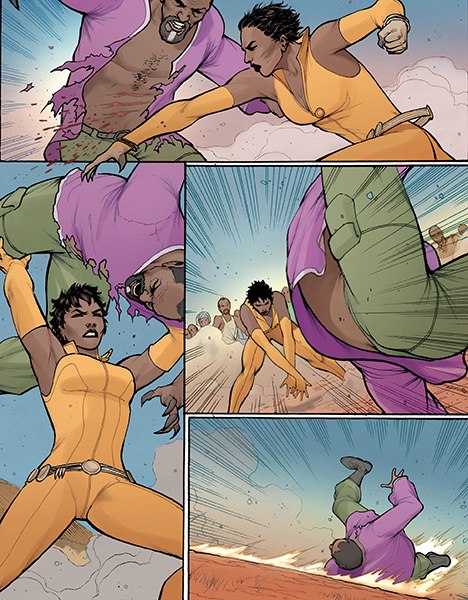 Vixen derives her powers from an ancient object called the Tantu Totem, which is an ancient talisman in the shape of a fox. This totem allows Vixen to tap into what is called the "morphogenetic field" surrounding the Earth, which has also been referred to by others as "the Red." By doing this, Vixen can mimic the abilities of any animal she thinks of specific to that creature, like flight, or the ability to breathe underwater. She can do this as long as she focuses on the specific animal ability she wants to channel, and then draws that power directly from the field.

She has even used the powers of an entire forest of animals all at once before, testing the limits of her own abilities. Vixen has also learned how to tap into the morphogenetic field in other ways, more creative ways, like creating a force field, and also creating claws made out of pure energy as well. For a brief time, she was able to tap into the powers of those metahumans that were around her, but that has since been corrected. 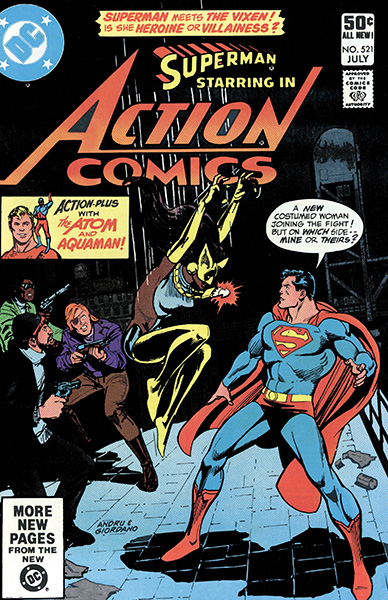 An early version of Vixen was created and set to star in her own series in 1978, but it was cancelled before publication, and the story only showed up in the extremely rare Cancelled Comic Cavalcade during that same year. But her first canonical appearance in the DC Universe was teaming up with Superman to put a stop to illegal fur traders in this story nearly three years later in this team-up story in the pages of Action Comics.

When the original Justice League breaks up after a disastrous alien invasion, founding member Aquaman forms a new Justice League based out of Detroit, Michigan. When Mari McCabe learns about an all-new iteration of the League forming, she leaves her glamorous life as a fashion model behind and heads to New York to join up as the Vixen. 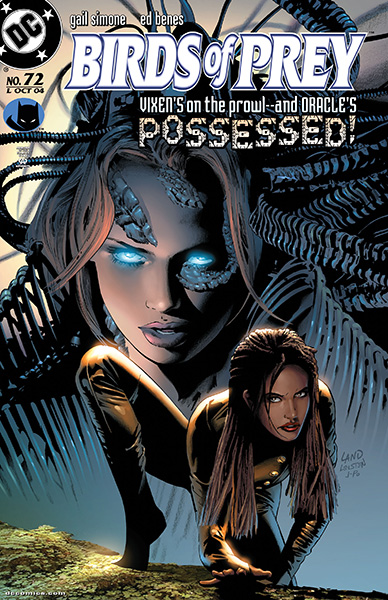 After Vixen's version of the JLA broke up, she worked with several teams, including Oracle's original Birds of Prey. While on a mission with the Birds, she went undercover to investigate a cult centered on Super-Heroes, and its leader was able to somehow control her mind as he did the other metas. When Huntress tried to break her out of the thrall, Vixen nearly killed her, but luckily she got control back when she channeled the stubbornness of a mule to fight the mind control, and she then rescued the other brainwashed heroes. 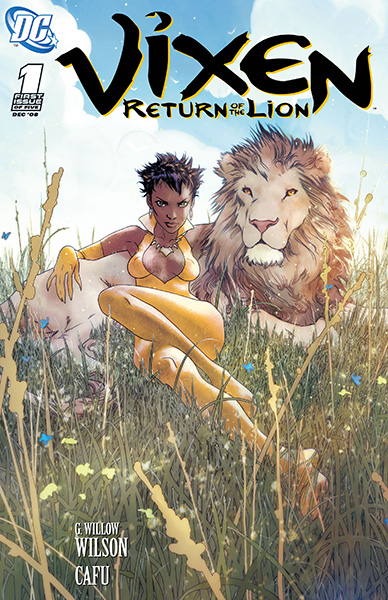 After nearly two decades, Vixen gets her own comic title in this five-part limited series. When the Justice League uncovers the secret behind the death of Vixen's mother, this leads Mari McCabe back to Africa to find out the truth for herself. Mari always believed that poachers had killed her mother, but soon Vixen learns who the real killer is, and how he's now looking to take control of her ancestral homeland. 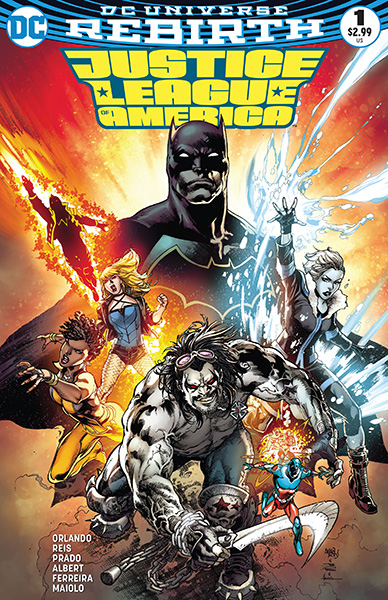 In the post-FLASHPOINT reality, Vixen first joined the Justice League as part of their United Nations sanctioned team Justice League International, representing her home continent of Africa. Much like her history in the previous reality, the League that Vixen initially found herself on was very short lived, although she would continue to serve on later versions of the team.