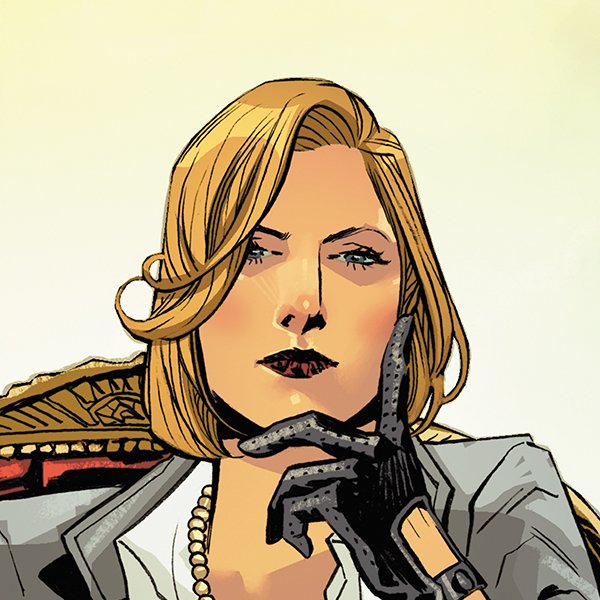 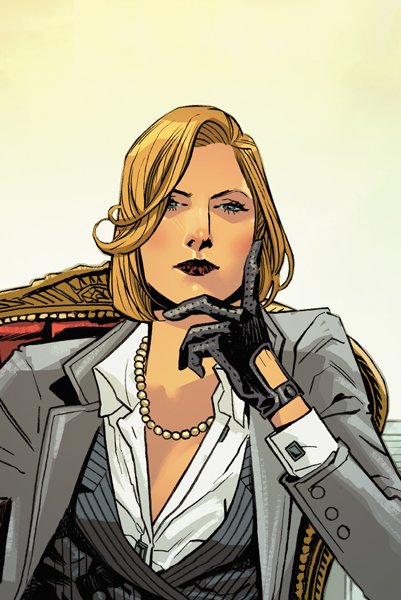 Brilliant bio-engineer, ruthless businesswoman, and devoted mother, the industrious Veronica Cale worked hard to get everything she has. There’s nothing she detests more than a powerful woman who had everything handed to her — her prime example being Wonder Woman.

Brilliant bio-engineer, ruthless businesswoman, and devoted mother, the industrious Veronica Cale worked hard to get everything she has. There’s nothing she detests more than a powerful woman who had everything handed to her — her prime example being Wonder Woman.

As a woman in the fields of medicine and business, Veronica Cale spent her life fighting an uphill battle against sexism. As gifted and insightful as she was, she had to work ten times as hard as everyone else in the room to make half the progress. But Cale was up to the challenge, fighting all odds to become the founder of a highly successful pharmaceutical company. Out of necessity, Veronica Cale developed a callousness which allowed her to survive in a cutthroat world. So when Wonder Woman arrived in man’s world with her gods-given gifts preaching the peace and harmony which had always been denied to Cale, the businesswoman took it as a personal offense. Cale made it her mission to humiliate and discredit Diana of Themyscira, providing means and resources to some of her greatest enemies in order to bring her low. Doctor Psycho, Circe, Medusa, and even the short-lived Cheetah, Sebastian Ballesteros all hatched schemes in conjunction with Cale to defeat Wonder Woman. She was even responsible for the transformation of Vanessa Kapatelis, one of Wonder Woman’s closest friends, into her cybernetic enemy the Silver Swan.

When Wonder Woman disappeared for a year to go on a soul-searching quest after killing Maxwell Lord in INFINITE CRISIS, Veronica Cale was one of many super scientists offered the chance to work on a top secret project on Oolong Island to bioengineer the Four Horsemen of the Apocalypse. Cale, once again the only woman in a crowded field of men, uses her cunning and expertise to take charge. Once the war of the Four Horsemen finally took place, Cale took advantage of the chaos and bloodshed to emerge as Oolong Island’s new president. All the power and prestige she had ever craved was finally hers.

After FLASHPOINT and DC UNIVERSE: REBIRTH, Veronica Cale was reintroduced as the founder of Godwatch, a modern reinterpretation of Wonder Woman’s Golden Age collective of rogues known as Villainy, Inc. Employing some of Wonder Woman’s oldest enemies, Godwatch was founded for the purpose of locating Themyscira, its location having been hidden from all mortals. But as Wonder Woman discovered, the reason was not to enhance Cale’s own power or influence, but out of desperation. Phobos and Deimos, the sons of the war god Ares, had exploited Cale into leading this expedition by placing a curse on Isadore, her only daughter, which removed her face and soul from her body. Only upon the liberation of Ares from his prison on Paradise Island could Isadore be restored.

Cale exacted vengeance upon her blackmailers by allying with the sorceress Circe, who transformed each of them into her own hounds. But as Veronica discovered as she discovered Paradise Island, Isadore could only remain whole if she was left there. Forced to leave her only daughter behind, Veronica blames Wonder Woman’s personal feud with Ares for their separation to this day. As the canine Phobos and Deimos know well, Veronica Cale is not a woman who will be denied her revenge.