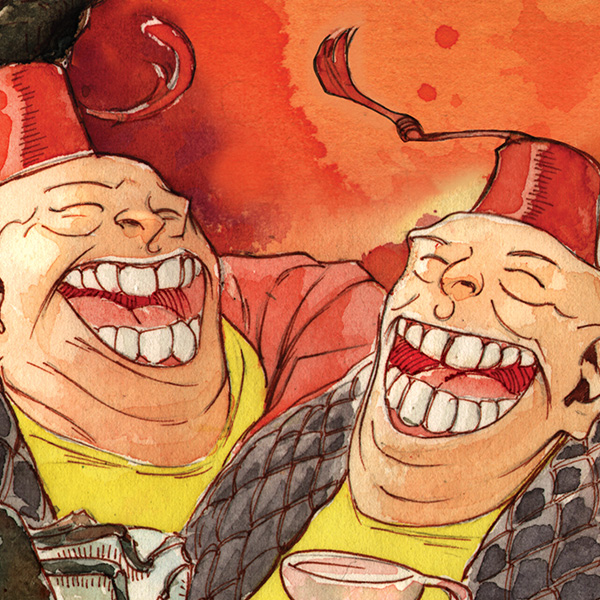 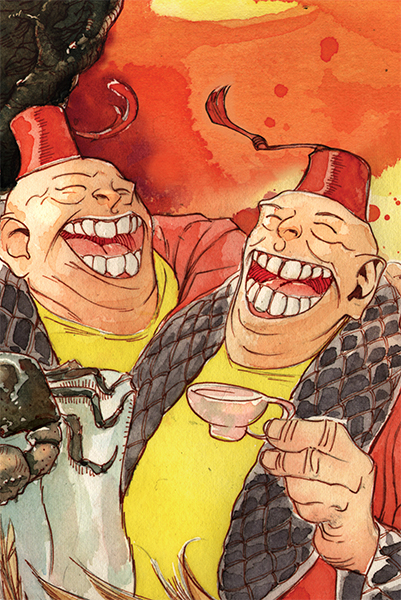 Dumfree and Deever Tweed are cousins who share everything, including an insane passion for Alice in Wonderland and a penchant for organized crime.

Dumfree and Deever Tweed are cousins who share everything, including an insane passion for Alice in Wonderland and a penchant for organized crime.

Deever and Dumfree Tweed are, strangely enough, not identical twins. They’re not even brothers. Instead, they’re actually just cousins who bear a striking resemblance to each other. And a strikingly similar set of unhealthy interests. Inspired by their shared obsession with Alice in Wonderland and the fictional characters Tweedledee and Tweedledum, the Tweed cousins decided to try their hand at crafting themselves some Super-Villain identities. They eventually found yet another like-minded individual in Gotham City’s very own Mad Hatter, with whom they shared the common ground of their Wonderland-based fixations. Alongside the Hatter, the Tweeds worked to garner themselves wealth and fame, often jumping back and forth between acting as the Hatter’s muscle and as crime bosses in their own right.

Their eccentricities often lead them to speak in rhyme, finish each other’s sentences and leave behind any number of immediately recognizable calling cards at the scenes of their crimes. As such, they’ve never been particularly successful in the world of Gotham’s underground, but their lack of notoriety has certainly never stopped them from trying.