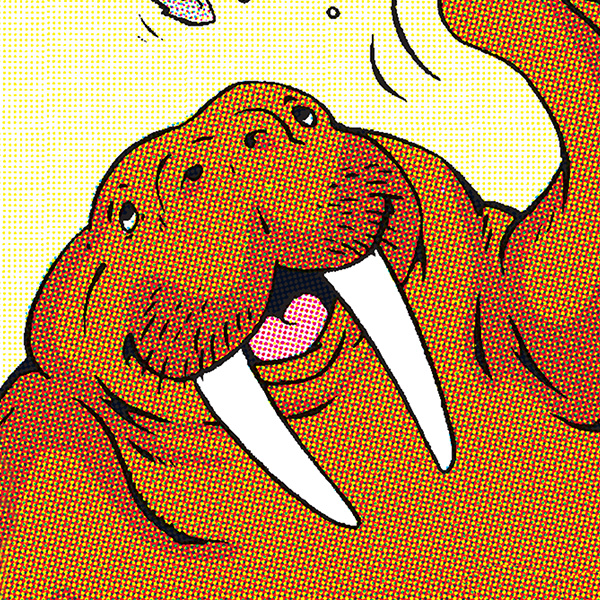 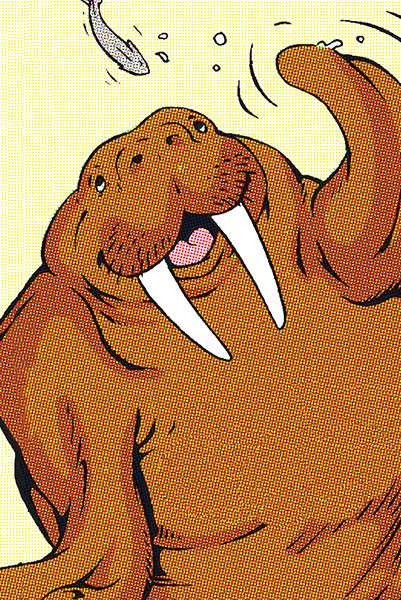 Aquaman's affinity for marine life has netted him a fair few animal companions over the years but Tusky, the unnaturally intelligent walrus, might be the most unusual.

Aquaman's affinity for marine life has netted him a fair few animal companions over the years but Tusky, the unnaturally intelligent walrus, might be the most unusual.

Tusky was a walrus who became one of the many undersea animal companions to the Atlantean hero Aquaman and his young partner Aqualad. In fact, Aqualad regarded Tusky as a kind of super pet. Although in most areas he comes across as just another ordinary walrus with no special powers, in many other ways, Tusky proved to be highly intelligent, as he could seemingly understand language and follow the verbal commands of both Aquaman and Aqualad. He would often help the pair of undersea heroes simply by butting his head on their enemies during a battle, which was actually helpful more often than not.

Although he accompanied Aquaman and Aqualad on many different adventures, once Aqualad grew older and he and Aquaman stopped being full time partners, Tusky seemingly vanished, and Aquaman was later informed that he had been murdered. When Aqualad grows up and becomes the hero called Tempest, he once fought an army of resurrected undersea animals. Among them was a walrus that is implied to be Tusky, as Tempest seemed to recognize him, saying "Oh great--not you too?!" when he appeared. But when Aquaman probed deeper into Tusky's apparent death, it was later revealed that Tusky hadn't died at all, but had in fact faked his own death and moved to Sea World, and all in an effort to get away from a nagging wife.