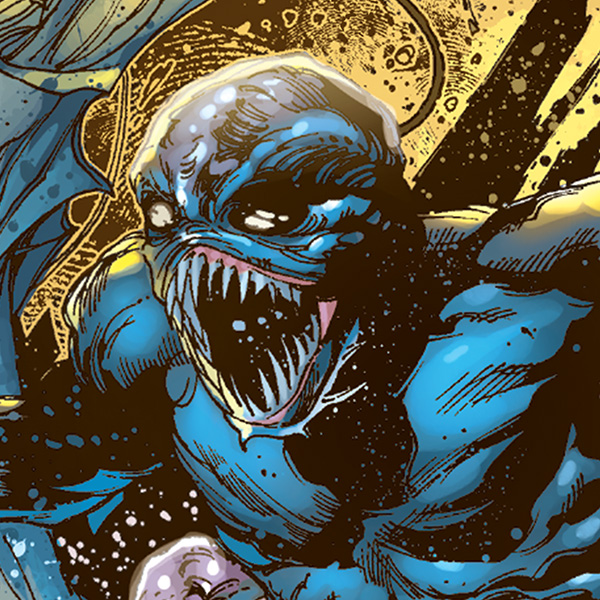 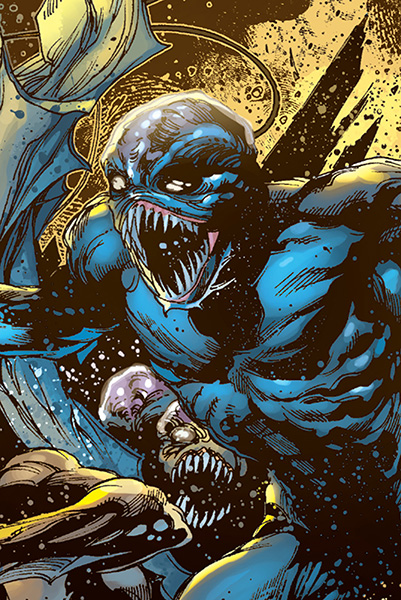 Lurking deep beneath the ocean within the Marianas Trench, the Trench are a ravenous swarm of monsters drive by one instinct: to feed.

Lurking deep beneath the ocean within the Marianas Trench, the Trench are a ravenous swarm of monsters drive by one instinct: to feed.

The seven seas are home to many bizarre and deadly threats, possibly none more mysterious and lethal than the one known as the Trench. These strange beings from the deepest depths have razor sharp teeth and eyes that allow them to see in the pitch blackness of the ocean floor. The Trench made themselves known to the surface world when they attacked a small fishing village, killing or capturing many of its inhabitants and dragging them down in cocoons to the bottom of the sea, with the intention of using them as food. This attack brought them to the attention of Aquaman, who discovered the true connection behind these creatures and his own realm of Atlantis.

The Trench had once been part of the Atlantean continent thousands of years ago, long before the city was submerged beneath the sea. While the original Atlanteans became the water breathing inhabitants of the kingdoms of Atlantis and Xebel, the beings who would evolve into the Trench were cast deep into the Marianas Trench, where they adapted an appearance and abilities far different than the more humanoid Atlanteans. Now they are nearly mindless beings, driven by a hunger and a need to hunt for food, even on the surface. The vast majority of the Trench fall into the category of a worker class are all seemingly identical, except for their King and Queen, who differ physically from the rest.