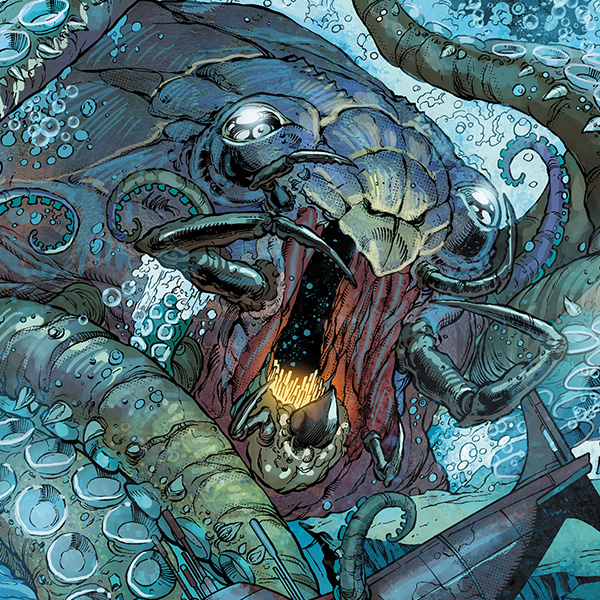 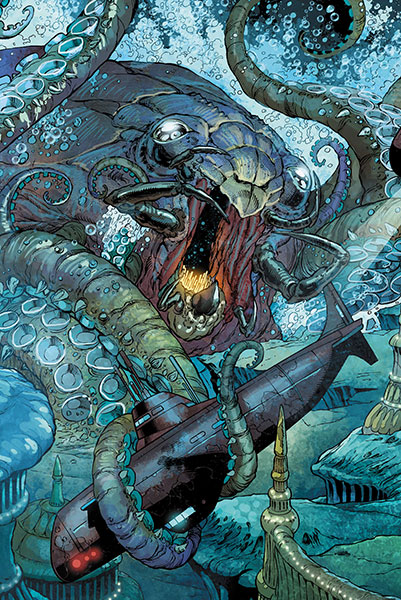 A regular octopus is pretty smart, but an Atlantean one? Well, let's just say Topo is one sea creature you probably don't want to mess with.

A regular octopus is pretty smart, but an Atlantean one? Well, let's just say Topo is one sea creature you probably don't want to mess with.

Aquaman has had several different animal companions who have gone by the name of Topo. The first was a highly intelligent octopus, who was often seen babysitting Aquaman's son, Aquababy. This Topo had extraordinary dexterity, and could not only handle a bow and arrow, but could also play several musical instruments at the same time. In the Post-CRISIS ON INFINITE EARTHS timeline, a second Topo appeared. This incarnation had a humanoid body, and was a hybrid of a cuddle fish and a squid. He helped out Aquaman during his time as protector of Sub Diego, and had the power to shoot ink from under his tentacles, often creating a smokescreen.

In the post-FLASHPOINT timeline, a third Topo appeared. This version of was now a giant terrifying sea monster, who is a part octopus and part crab creature that only Aquaman could summon with a mystical Atlantean conch. When Aquaman summoned Topo to defeat the villain known as the Scavenger, he used his full telepathic power to convince Topo to attack Scavenger's fleet. As it turned out, this Topo was far too willful and intelligent to be controlled by Aquaman's telepathic abilities, and the strain of using all his power to control Topo resulted in Aquaman falling into a six month long coma.