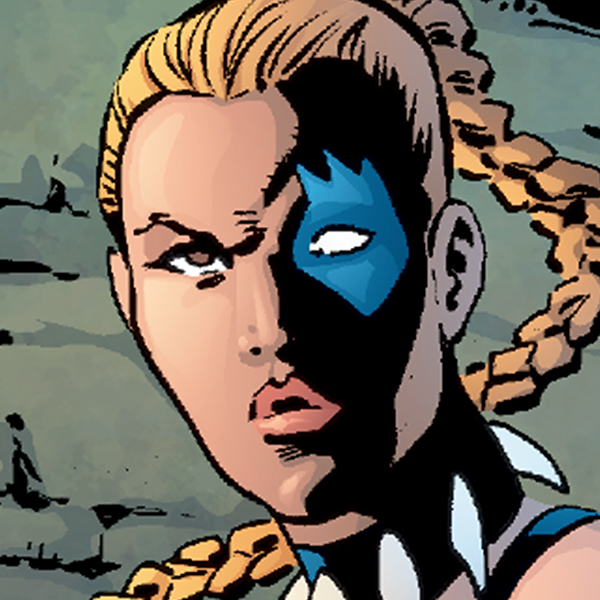 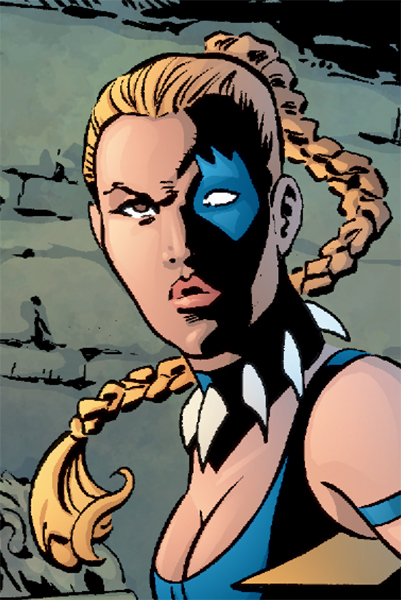 Whether as an enemy to Zatara, Huntress, or Wildcat, Tigress has opposed the forces of justice since the age of heroism began.

Whether as an enemy to Zatara, Huntress, or Wildcat, Tigress has opposed the forces of justice since the age of heroism began.

As long as there have been Super-Villains to fight Super Heroes, there has been a Tigress. The first villain to bear the title was never named. Other than her lofty status in the crime world, her high profile crimes, and her signature tiger-striped tops, all that was known about the original Huntress is that wherever she surfaced, the magic-wielding hero Zatara was in hot pursuit. Tigress was the most frequently recurring enemy of Zatara’s Golden Age stories in the pages of ACTION COMICS, and was often responsible for the dangers he faced from behind the scenes.

The ultimate fate of the original Tigress remains unknown. Some sources claim that the next Tigress, Paula Brooks, was the daughter of the original Tigress; others claim they bear no relation. But Paula Brooks has a rather complex story of her own. Brooks first debuted in 1947’s SENSATION COMICS #68 -- not as Tigress, but Huntress, years decades before Helena Wayne or Helena Bertinelli would bear the name. As Huntress, Paula Brooks was introduced as an enemy of another Golden Age mainstay: Ted Grant, Wildcat. Prior to “Crisis on Infinite Earths,” two versions of Brooks would then go on to oppose the Bat-Family on two different worlds. The “Earth-Two” incarnation would antagonize the heroic successor of her title: Helena Wayne, daughter of Earth-Two’s Batman and Catwoman. Meanwhile, on “Earth-One,” Brooks began a long criminal (and eventually, romantic) partnership with Sportsmaster in their shared enmity towards the likes of Robin and Batgirl.

The Crisis resolved these complex and sometimes contradictory Tigress and Huntress backstories into a single history. Paula Brooks, identified for the first time in 1987’s YOUNG ALL-STARS #6 as Tigress, was reintroduced as one of the promising new members of this young auxiliary to the Axis-battling All-Star Squadron. But in an all-hands battle against the team’s nemeses, Axis Amerika, Brooks was apparently slain in battle by Gudra, a Reich-championing valkyrie. Paula eventually returned, but with her hero worship for the likes of Manhunter and Iron Munro soured, and turned instead to villainy -- adopting the name Huntress once more, and opposing Wildcat as she had done in ages past.

Whether known as Tigress, Huntress, or Mrs. Menace- a title she briefly adopted in a later partnership with Sportsmaster- Paula Brooks proved a persistent foe to the Justice Society and their successors. She eventually had a daughter, Artemis Crock, who was born to continue her vendetta as Tigress against the heroes who had let her down… but Artemis, too, had a future of her own.