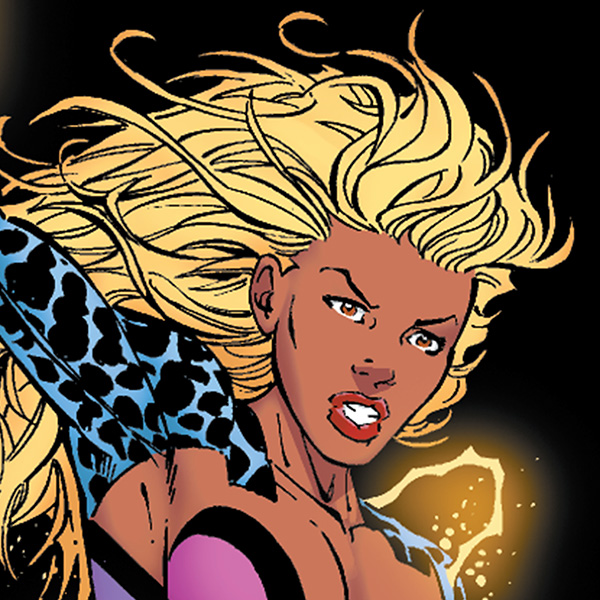 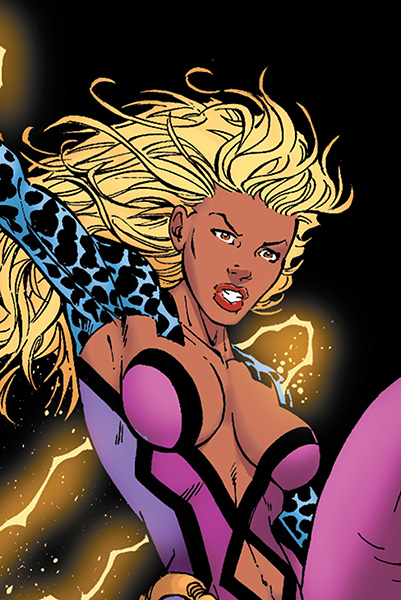 The eldest daughter of Black Lightning, Anissa Pierce has followed her own path, using her shockwave-generating abilities as a member of the Outsiders.

The eldest daughter of Black Lightning, Anissa Pierce has followed her own path, using her shockwave-generating abilities as a member of the Outsiders.

Growing up as the child of a famous DC Super Hero can be a lot of pressure on a kid, and no one understood that better than Anissa Pierce, daughter of Jefferson Pierce, a.k.a. Black Lightning. Born with the meta-gene, Anissa discovered she was capable of increasing her physical density, allowing her to become nearly invulnerable, along with the ability to create huge shockwaves when stomping upon the ground beneath her. Despite her considerable powers, her father did not want her to follow in his footsteps, asking that Anissa hold off on her superhero career until she finished college. She kept this promise, but on the day she graduated, she began her career as Thunder.

Almost as soon as Anissa made her heroic debut, she was recruited by Arsenal to join the newly re-formed Outsiders, a team her father had been a founding member of under the leadership of Batman. Although she got along with most of her teammates, she instantly butted heads with the metahuman powerhouse known as Grace Choi. Eventually, the squabbling pair developed a mutual attraction to one another, and began dating. During one mission, Thunder is critically injured, and leaves the team for some time. She eventually rejoins the team some time later, when Batman took over again as leader. Her younger sister, Jennifer, is the superhero known as Lightning.