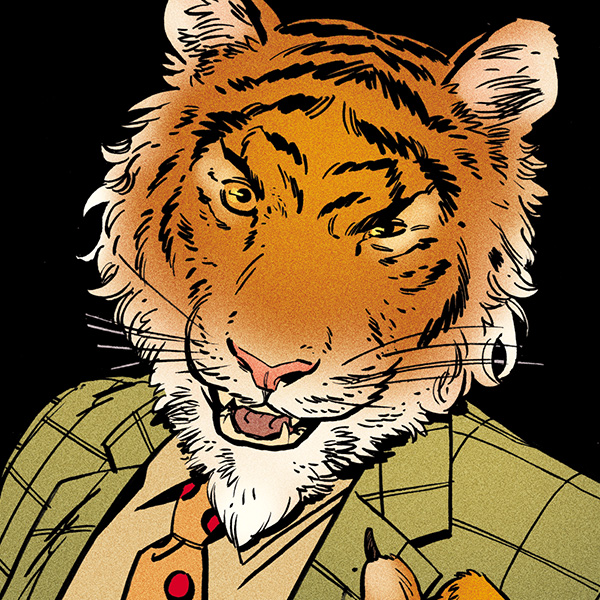 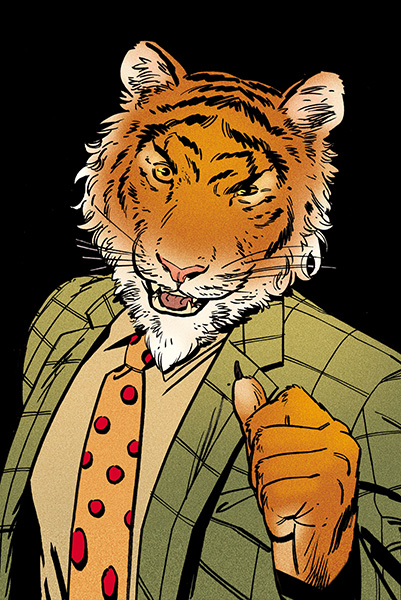 A beloved member of the Shazam Family, Tawky Tawny is a tiger who magically has the ability to speak.

A beloved member of the Shazam Family, Tawky Tawny is a tiger who magically has the ability to speak.

Mr. Tawky Tawny was a humanoid tiger, and a friend and frequent ally to Captain Marvel and the Marvel Family during the Golden Age of comics. Mr. Tawny had once been an ordinary tiger in India, who was falsely accused of killing a man. To help the tiger to clear his name, a strange hermit gave him a magic serum that gifted him the ability to speak and stand upright like a human. Although fiercely strong, Mr. Tawny was not savage, and liked to wear tweed suits and compose himself like a refined gentleman. When he arrived in America, Billy Batson helped him find a job as a museum guide, and the pair had many adventures together... In Post-CRISIS ON INFINITE EARTHS continuity, Tawky Tawny began as a stuffed doll, which was given life by the demonic Lord Satanus.

In the post-FLASHPOINT reality, Tawny started out as an ordinary tiger, who lived in a zoo in Philadelphia. He shared a special bond with young Billy Batson, who frequently visited him at the zoo. Eventually, Billy gained the powers of Shazam and became a DC Super Hero, and at one point found himself in battle with Black Adam at the zoo where Tawny lived. The tiger tried to help Shazam in his fight with the villain, but was easily defeated. Billy then imbued Tawny with the power of Shazam, which turned Tawny into his magical familiar. Now giant-sized and with magically imbued strength, Tawny helped his young friend defeat Black Adam. But due to Billy casting the spell incorrectly, Tawny soon reverted back to his original form.