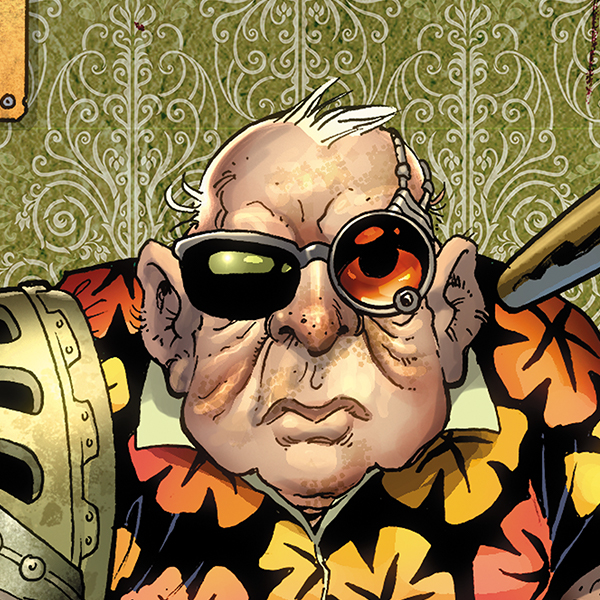 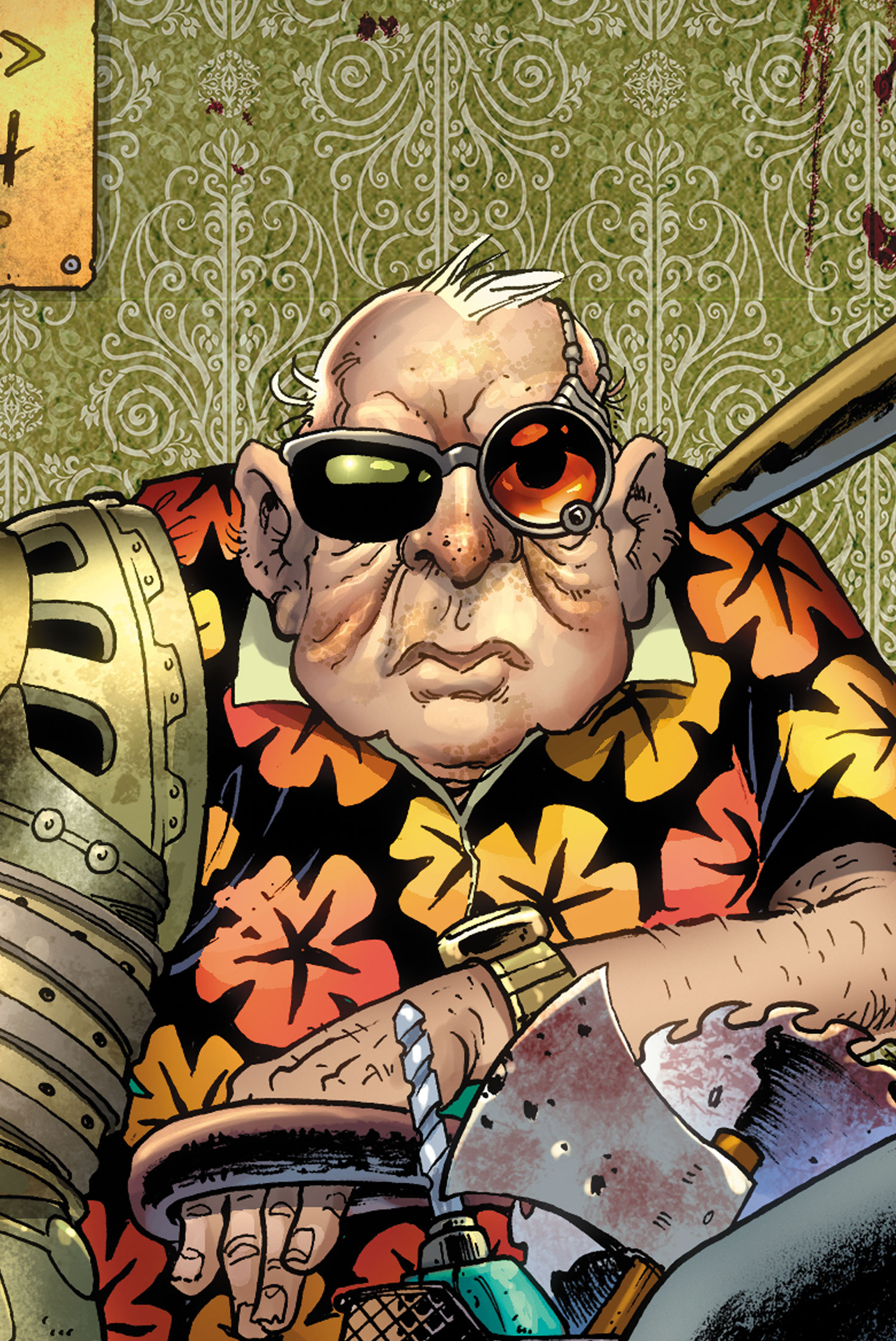 Retired bionic government super agent, and full-time pain in the tuchas. Sy Borgman can usually be found schmoozing with his meshuggenah shiksa of a nurse, one Harley Quinn.

Retired bionic government super agent, and full-time pain in the tuchas. Sy Borgman can usually be found schmoozing with his meshuggenah shiksa of a nurse, one Harley Quinn.

AFFILIATIONS: US Government, Gang of Harleys

Back in his heyday, Special Agent Sylvester Borgman was one of the greatest weapons the United States had in its protracted entanglement with the Soviet Union during the Cold War. One of the greatest achievements of his illustrious career was thwarting a terrorist attack by the notorious Tolstakk Brothers – an attempt which got Agent Borgman blown to bits in the progress.

But not all was lost for Agent Borgman. The government could rebuild him: faster, better, stronger. And so, with the greatest technology the 1960s could afford, Sylvester Borgman became Sy-Borg, bionic protector of the United States of America.

Until old age finally caught up to him, and his remaining human parts could no longer manage his cybernetic half – relegating him to a motorized scooter in a Brooklyn nursing home.

Fifty years later, one Dr. Harleen Quinzel took a new job as a nurse at the once mighty Sy-Borg’s facility. With cunning still on his side, Borgman quickly deduced his new nurse was none other than Harley Quinn, the clown queen criminal of Gotham. Rather than expose her, Sy-Borg put Harley to work resolving the cold cases he could no longer pursue on his own — as well as a reunion with his lost love from beyond the Iron Curtain, Zena Bendemova. Thus, a lifelong friendship – plus privileged access to his desirable beach condo – were forever formed.

With quid pro quo established, Sy Borgman remains Harley Quinn’s most loyal elderly ally — even supporting his great niece, Hannah, when she joins up with Quinn’s “Gang of Harleys” as “Hannuquinn.”