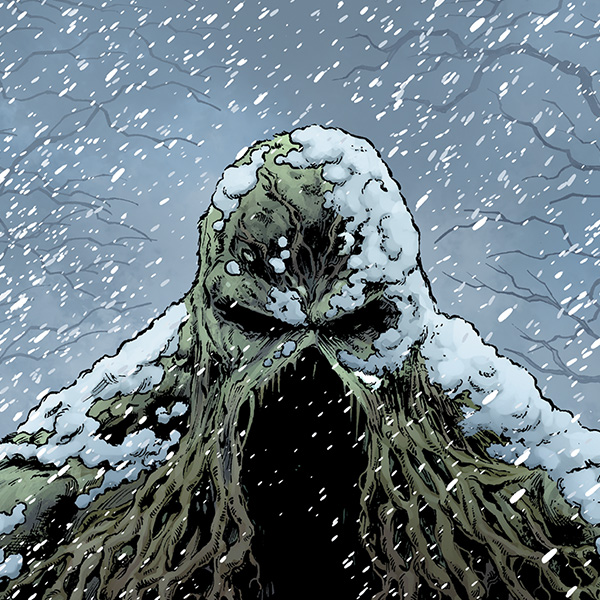 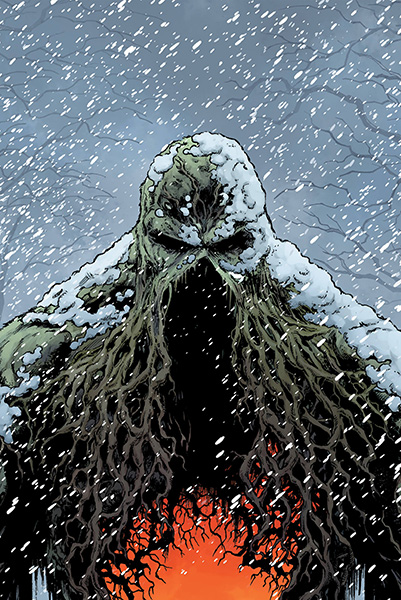 An elemental able to inhabit any vegetation on Earth, Swamp Thing's loyalty lies with The Green, the primal force of nature that sustains life in plants.

An elemental able to inhabit any vegetation on Earth, Swamp Thing's loyalty lies with The Green, the primal force of nature that sustains life in plants.

The monstrous, elemental protector of a force known as The Green, Swamp Thing represents the ultimate loss of humanity. Once a normal man leading a normal life, Dr. Alec Holland was working as a "bio-restorative" formula deep within a Louisiana swamp who was unwillingly transformed into the shambling, plant-like protector of plant life in nature.

Bound to magical forces outside of himself, Swamp Thing fights to protect The Green from all that would harm it, evil or otherwise. With his mortal body destroyed but his memories still intact, Holland is forced to constantly war with his own nature, unable to reconcile the reality of his new life against that which was taken from him. Still, challenging as the role of Swamp Thing might be, the monsters powers and responsibilities afforded to those who take on the role are far more important than any mere human's past.

Dr. Holland had been studying a "bio-restorative" formula that could make "forests out of deserts" deep within a Louisiana swamp. But when an ecological terrorist group hoping to steal the formula away for profit attacked, Holland was "killed" in an explosion and his body was sent deep into the muck of the very swamp he had been researching. 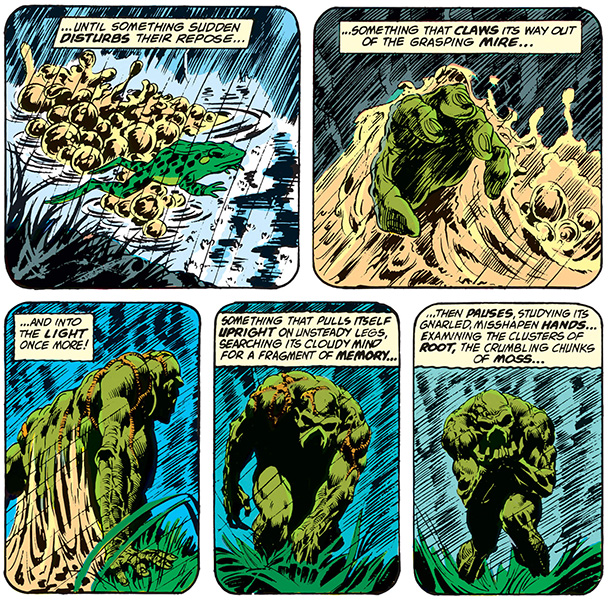 That's when something strange happened -- an interaction between his body, the explosion, and the remnants of his formula somehow provoked a response from the swamp, causing a hulking, monstrous body of plant life and earth to grow either around -- or perhaps in place of Holland himself. 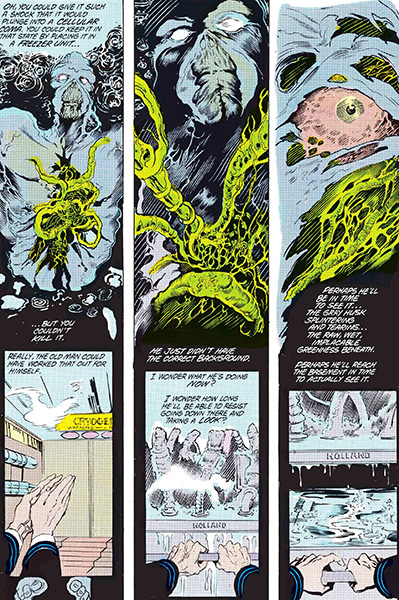 Over time, Holland learned more about his new role, realizing he was, in fact, transformed into the physical avatar of a cosmic force known as The Green, which sustains all plant life on Earth, and the emissary for the Parliament of Trees. However, despite the critical importance of his new power, he continues to struggle with his human memories and the life he was forced to leave behind. 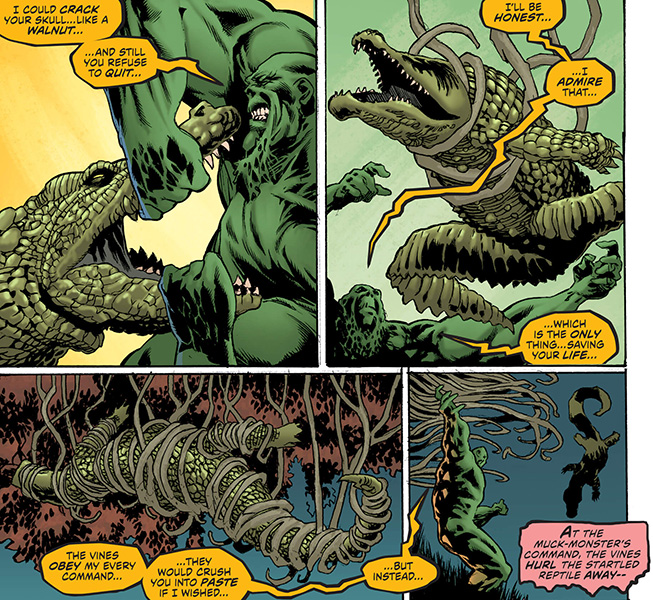 As the elemental protector of The Green and the emissary for the Parliament of Trees, Swamp Thing has virtually limitless nature-based powers. He is able to move freely through any natural element, animate organic materials, regenerate and duplicate his own body at will, and withstand nearly any physical attack. He has the ability to raise the dead, conjure and resist poisons, and mentally influence things around him with the help of toxins and compounds he is able to produce.

He is ageless and functionally immortal, though his body can be hurt and forced to regrow and reform over time. 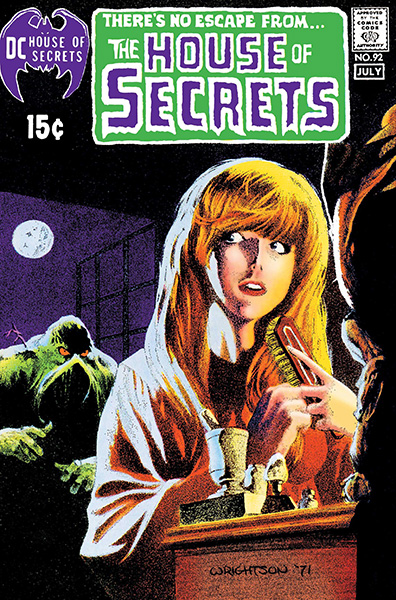 The first incarnation of Swamp Thing came in HOUSE OF SECRETS #92. A man named Alex Olsen was caught in a lab explosion set by his partner who was attempting to kill Alex and steal his wife, Linda. Rather than dying, however, Olsen's body reacted with the chemicals in the lab and he was transformed into a hulking plant-like creature known as Swamp Thing.

The transformation limited Alex's ability to speak and communicate, so he was unable to prove his own identity, even to his own wife. Sensing that she would never believe him, even if he did discover a way to prove himself her husband, Alex tragically went to hide himself away in the swamp, never to be seen again.

When given his own ongoing, self-titled series , Swamp Thing's origin and identity were modified. Reimagined as botanist Alec Holland, Swamp Thing came into being when Holland was trapped in an explosion set by terrorists attempting to steal his research.

Holland's transformation may have technically saved his life, but it co st him everything he held dear. He began a quest for vengeance and answers, seeking to find a way to turn himself back into a human to rejoin society. 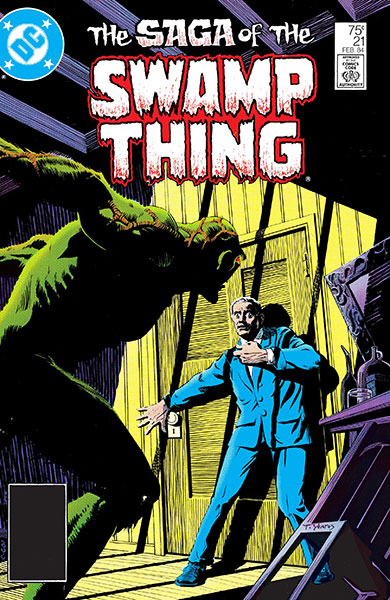 In SAGA OF THE SWAMP THING #21 (1984), it was revealed that, rather than preserving Holland's human form inside the plant-like shell of Swamp Thing, the process had actually only preserved Holland's mind and memories -- meaning that there was, tragically, no human form left for Holland to return to.

Eventually, Swamp Thing partnered with other magic users to discover more about himself. With the help of John Constantine , he learned of the Green and the Parliament of Trees, the ancient and cosmic force that flows through all plant life on Earth.

Sometime later, it was revealed that Holland was in fact, just another in a long line of Swamp Things. There had always been an emissary for the Parliament of Trees and always would be. The timeline for different incarnations of Swamp Thing was revealed to have been recorded as far back as World War II with men like fighter pilot Alex Hollerer and Alan Hallman who took on the role during the '50s and '60s.

The more Holland discovered about his role as a plant elemental, the more he continued to struggle with the memories of his past life and his humanity. Despite Constantine's best efforts to encourage him to tend The Green, Holland shirked his duty several times while focusing on remnants of his human life. These occasions brought him into contact with other Super Heroes like Batman , with whom he was forced to team up with in order to accomplish his goals. Unfortunately, however, due to the nature of his powers, these team ups generally had some sort of unintended side effects, such as Gotham City being nearly swallowed with uncontrollable plant life (SWAMP THING #53, 1986.)

Eventually, Holland used his powers to possess the body of Constantine out of desperation. He puppeteered Constantine's body to reconnect with his wife, later using the human form to father a child with her. The child, ultimately used as the physical host for a new plant elemental called The Sprout, caused a massive rift between both Holland and Constantine and Holland and his wife, Abby ( SWAMP THING #76, 1988). 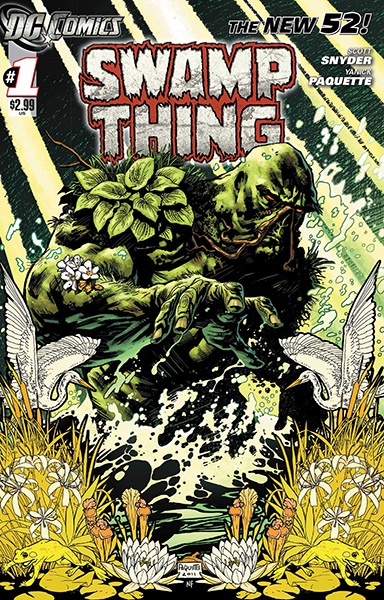 Dr. Holland's story was slightly modified following the events of 2011's FLASHPOINT and the re-launch of a new SWAMP THING ongoing series. Restored to his human form with only vague memories of his time as the Swamp Thing, Holland lived in fear of accidentally succumbing to the transformation again.

However, he was unable to avoid his fate for too long. When The Green is forced to team up with another elemental force called The Red against an evil manifestation known as the Rot, visions of Swamp Thing return to Holland to explain the potential stakes of the impending crisis. 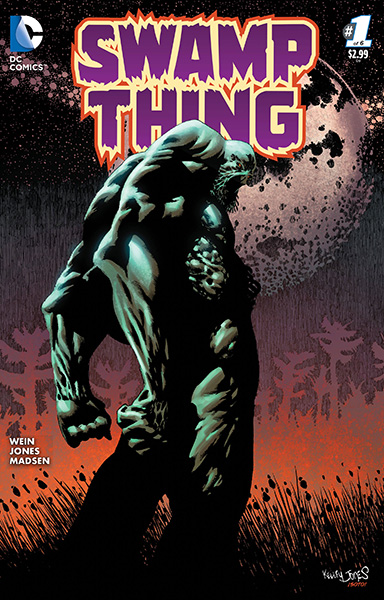 Following DC UNIVERSE REBIRTH #1, Holland was returned to his role as Swamp Thing in much the same way he had been written prior to the New 52. He was occasionally featured in a supporting role in HELLBLAZER as well as BATMAN , appearing as an avatar and representative for The Green and the Parliament of Trees.