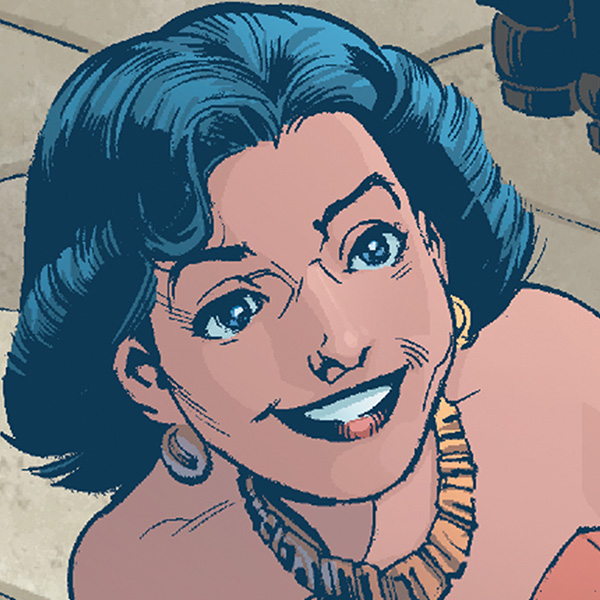 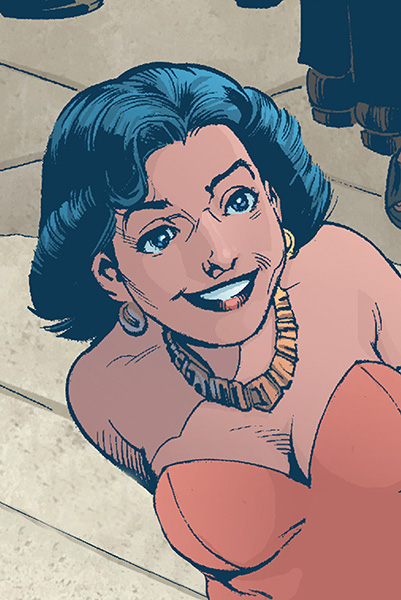 The best friend, wife, and partner of the Elongated Man, Sue Dibny's sleuthing skills earned her unofficial membership in the Justice League.

The best friend, wife, and partner of the Elongated Man, Sue Dibny's sleuthing skills earned her unofficial membership in the Justice League.

Sue Dearbon Dibny was a smart, effervescent young socialite from Westchester County, New York. The wife of Justice Leaguer the Elongated Man (Ralph Dibny), their romance began when Ralph arrived uninvited to her debutante ball, under the pretense that he was going after some jewel thieves, but in reality, he just wanted to meet the charming and beautiful Sue. The pair began dating, and soon were married, with The Flash (Barry Allen) serving as best man. Sue had no super powers or training to speak of, but had a keen mind, and she and her husband became amateur detectives, solving cases the world over.

Sue shared a happy life with her husband, and whatever adventures Ralph went on, she always followed him. She joined him as an unofficial member of the Justice League, and when the team became a United Nations backed group, she became an administrator for the Justice League Europe. Their whirlwind love story, however, came to a tragic end when Sue was accidentally killed by the Atom's ex-wife Jean Loring, as part of a scheme to get her husband back by attacking the loved ones of famous heroes. When Ralph died soon after, the pair reunited in the afterlife, and the two became a pair of "ghost detectives," spectral sleuths solving crimes in the mortal world.