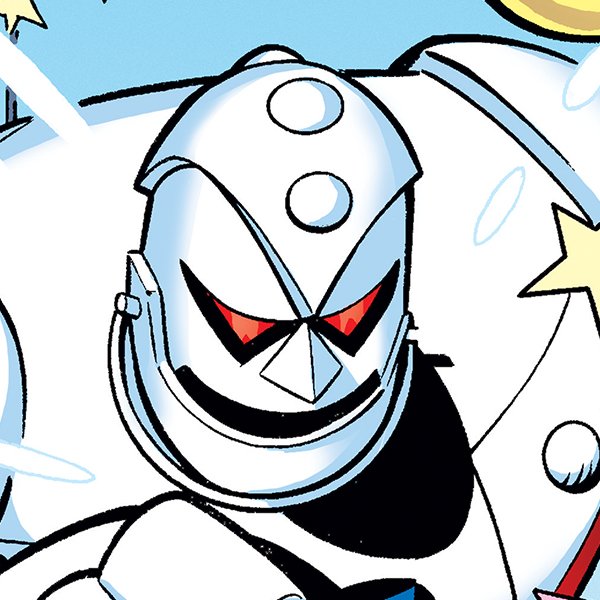 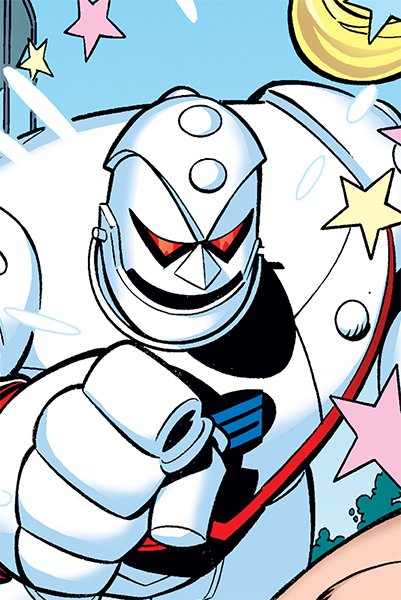 In World War II, the mechanically gifted Pat “Stripesy” Dugan sidekicked for the child Super Hero, the Star-Spangled Kid. When his stepdaughter took to the skies in the same role, Dugan returned to service in a battle armor of his own design.

In World War II, the mechanically gifted Pat “Stripesy” Dugan sidekicked for the child Super Hero, the Star-Spangled Kid. When his stepdaughter took to the skies in the same role, Dugan returned to service in a battle armor of his own design.

By the early 1940s, the idea of the stalwart superhero and his relatable kid sidekick was already so prevalent that it demanded reinvention. The Nazi-battling duo of the Star-Spangled Kid and Stripesy was one of the first attempts to turn that concept on its head… by inverting the dynamic to include a kid hero -- Sylvester Pemberton -- and his adult sidekick -- Pat Dugan. Patterning themselves after the American flag, the Star-Spangled Kid and Stripesy spent much of their early careers rooting out Axis power spies and saboteurs in the United States of America. As the Kid fought their enemies with his cosmic converter belt, Stripesy utilized his mechanical know-how to keep his young partner alive with a wide array of gadgets and vehicles. Eventually, a five-pronged attack by a villain known as the Iron Hand united Stripesy with a team which would come to be known as the Seven Soldiers of Victory.

As part of the Seven Soldiers, Stripesy and the Star-Spangled Kid teamed up with the All-Star Squadron and the Justice Society of America to take on the greatest threats to mid-20th century America -- until a battle with the villain Nebula Man scattered them throughout time. When the Iron Hand resurfaced as a threat to the Justice League, the League rescued Stripesy and Star-Spangled Kid from ancient Egypt, and allowed them to live the rest of their lives in the modern era.

Sylvester Pemberton resumed his crime fighting career with Infinity Inc., where he was occasionally assisted by his old partner. But after he was killed by Solomon Grundy in a battle with the Injustice Society, Dugan hung up his stripes and returned to civilian life.

Dugan moved to Blue Valley, Nebraska, where he married single mother Barbara Whitmore. Barbara’s daughter, Courtney, was none too happy about the arrangement -- until she found Sylvester Pemberton’s old effects in Dugan’s storage, and decided to use them to start a superhero career for herself. Determined not to let the same fate befall Courtney as his former partner, Dugan reluctantly finished his last great crime-fighting project: a specially designed power armor that could grant him flight, super strength, and an array of weaponry, sensors, and accessory attachments. He called it the “Special Tactics Robotic Integrated Power Enhancer” -- or, for short, “S.T.R.I.P.E.” With his S.T.R.I.P.E. armor, Dugan kept a watchful eye over young Courtney Whitmore as she came into her own flying the banner of the Star-Spangled Kid.