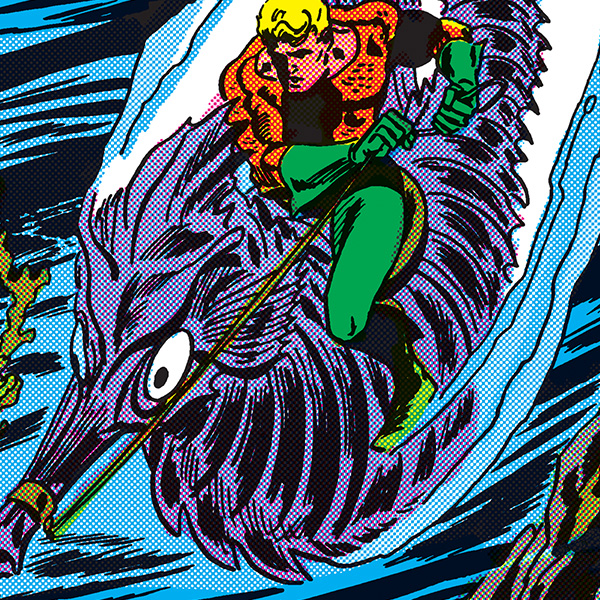 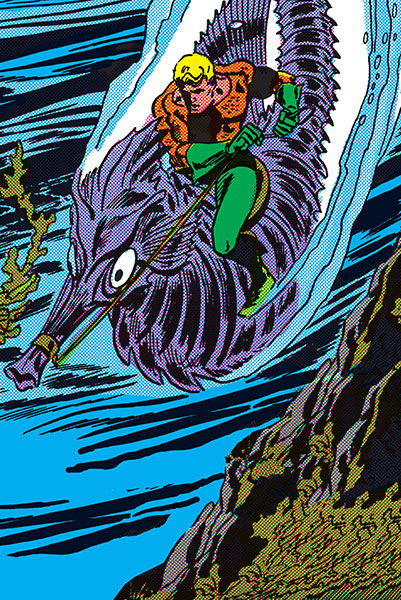 Storm, Aquaman's loyal giant riding seahorse, was as loyal a beast of burden as can be. He and Aquaman shared a close telepathic bond as they traveled the oceans.

Storm, Aquaman's loyal giant riding seahorse, was as loyal a beast of burden as can be. He and Aquaman shared a close telepathic bond as they traveled the oceans.

Team Affiliations: The Atlantean Army, The Royal House of Atlantis

For many decades now, Aquaman has had several undersea creatures who have been his loyal companions, but perhaps none are more iconic than the giant seahorse named Storm. More than just a pet, like the walrus Tusky, or the octopus named Topo, Storm was actually Arthur Curry's loyal steed, and he often charged into battle while riding him. Aquaman managed to form a very close telepathic bond with Storm, possibly more than with almost any other underwater animal. To many, the sight of Aquaman riding Storm is as indelible an image as Superman soaring through the air, or Wonder Woman riding in her invisible plane.

Aquaman's young partner Aqualad rode on top of a similar mount, a younger and more playful seahorse that went by the name Imp. It is unknown if Imp and Strom are actually related, although they do seem to act like sibling at times. While sometimes portrayed as purple in color, Storm is more often than not seen as white instead. Storm is also extremely fast, which allows for Aquaman to go further underwater than even he can normally go under his own power. Although technically a part of the Atlantean army, it is unknown if his breed of giant seahorses is unique to Atlantis, or if they are something apart. Although it has been years since he's been called into service, Storm is always ready to faithfully serve his master.