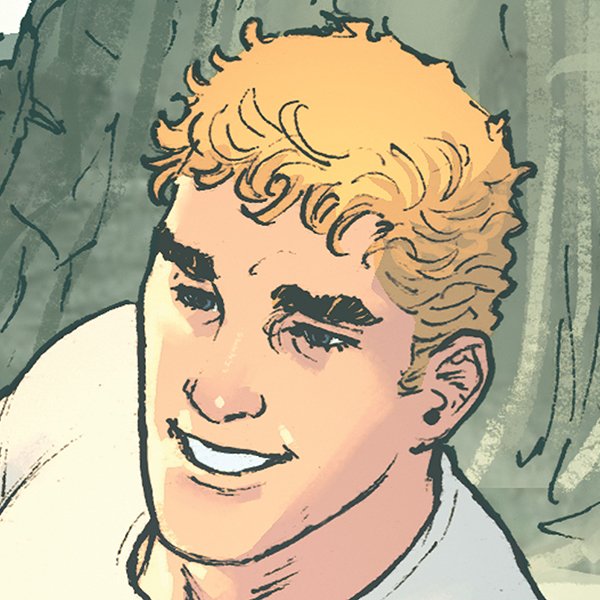 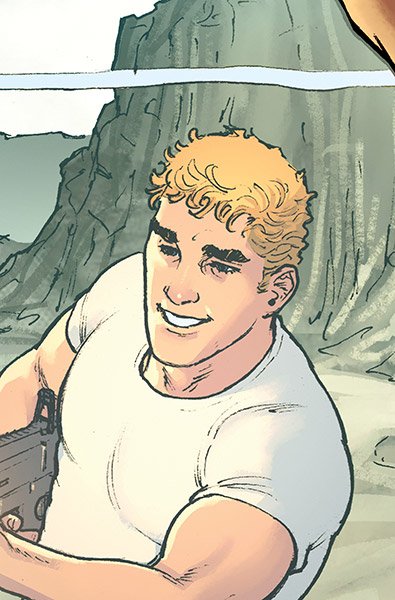 A military man whose plane crashed on the shores of Themyscira, Steve Trevor defends his country and world alongside the love of his life, Wonder Woman. 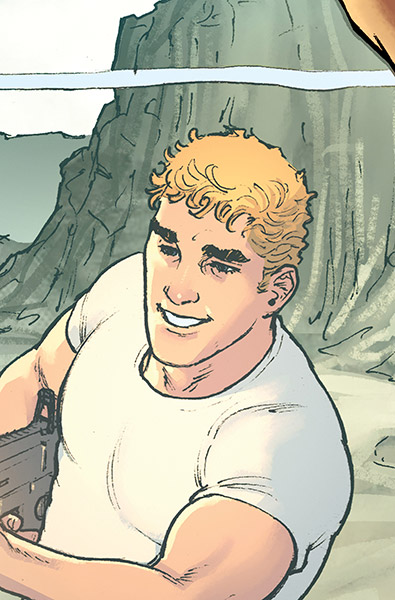 A military man whose plane crashed on the shores of Themyscira, Steve Trevor defends his country and world alongside the love of his life, Wonder Woman.

A decorated pilot and accomplished military officer, Steve Trevor may have dedicated his talents and skills in service to his country, but his greatest gift was introducing Wonder Woman to the world of man.

Their initial encounter marked the beginning of a beautiful, complex relationship. The first foreigner to set foot on Paradise Island and the first man Wonder Woman had ever laid eyes on, Steve served as Princess Diana’s liaison between Man’s World and Themyscira, home to the Amazonian warrior women.

Friend, confidant, lover—while his roles have often changed, one thing’s remained steadfast: Steve’s fierce loyalty to the Amazon Princess and the values for which she’s fought so passionately. Indeed, as Steve Trevor has proved time and again, he’d gladly give his life to help further Diana’s mission of peace and equality.

During World War II, Army intelligence officer and pilot Steve Trevor exposed a deadly plot by Nazi spies. Before he could act, however, these enemies, led by General von Storm, captured him and tossed him inside a remote-controlled plane—loaded with bombs and set to fly over the American Airdrome. Luckily, Steve was able to overtake the plane’s controls before it could inflict any damage. Targeting von Storm and his Axis stratoplane, Steve gave chase across the Atlantic Ocean. But von Storm retaliated, causing Steve’s plane to crash-land off the coast of Paradise Island.

Princess Diana, daughter of the Amazon queen, Hippolyta, spotted Steve drifting in the ocean and set off to rescue him. She dragged him ashore and took him to the hospital. Having sustained grave injuries, Steve died in his hospital bed. Devastated, Diana cast radiation from her Purple Healing Ray and brought him back to life.

Because it was forbidden for man to be on Paradise Island, Queen Hippolyta proclaimed there would be a tournament to find an Amazon worthy of escorting Steve back to Man’s World and joining him in the fight against the Nazis. Going against the Queen’s wishes, Diana participated incognito. Besting each trial, she defeated her final opponent and revealed her true identity. With her mother’s blessing and a newly given name, Wonder Woman flew Steve to the United States in her Invisible Jet. 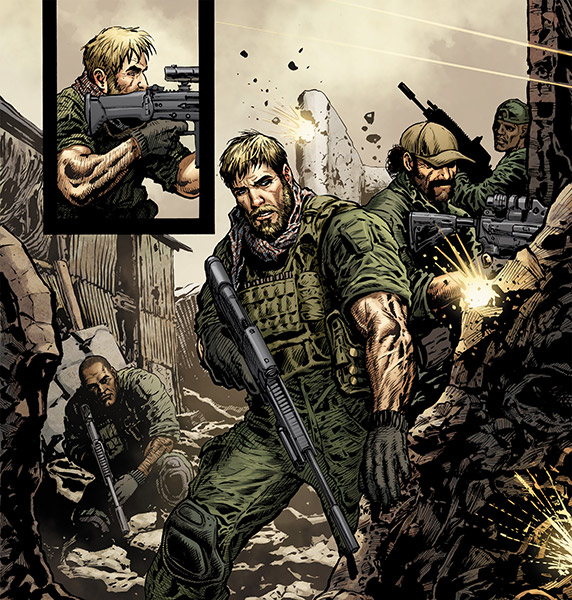 As a military technician serving in the United States Army Air Corps, Steve Trevor performed a number of duties for his country, including intelligence gathering and surveillance. He was an expert pilot, who had flown since his early teens. Steve was also extremely resourceful when it came to improvising other weapons and firearms when the situation called for it. Aside from his technical skills, Steve exhibited fierce determination and perseverance when faced with incredible odds, which happened more often than not when he and Wonder Woman were together. 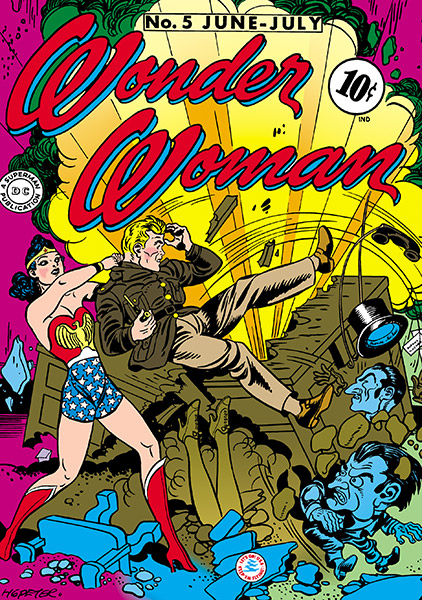 Steve Trevor first crash-landed on the scene in ALL STAR COMICS #8 in 1941. The Amazon princess, Diana, discovered him floating amid his plane’s wreckage, saved his life and nursed him back to health. Since Aphrodite’s Law stated that man was forbidden to set foot on Paradise Island, Hippolyta, queen of the Amazons, decreed a competition to determine who would return Steve to Man’s World and become the Amazon emissary for justice and equality. Princess Diana won each challenge. Upon winning the entire contest, she was bestowed the responsibility of accompanying Steve Trevor back to America.

Since Wonder Woman’s arrival in Man’s World, Steve Trevor has been one of her closest friends, most trusted allies and eventually her true love. Together, they went up against the Axis spies of World War II, saved the world from alien invaders, and even went head-to-head against the Olympic Gods. Steve asked Diana to marry him several times. She finally said yes, and they married and settled in Georgetown. They had one child, a daughter named Hippolyta, after Wonder Woman’s mother, the Amazon queen.

Many of Steve Trevor’s storylines in the ’50s and ’60s were fueled by romance and jealousy. In 1960’s WONDER WOMAN vol. 1 #118, for example, Steve suspected Wonder Woman had a secret suitor, Manno the Mer-Man. Although she assured Steve that they were just friends, Steve was consumed by jealousy, which gave way to a dangerous situation involving an octopus. In 1966’s WONDER WOMAN vol. 1 #160, Steve and Wonder Woman prevented the Cheetah from stealing a priceless exhibit at the zoo, but the villain seduced Steve into kissing her. 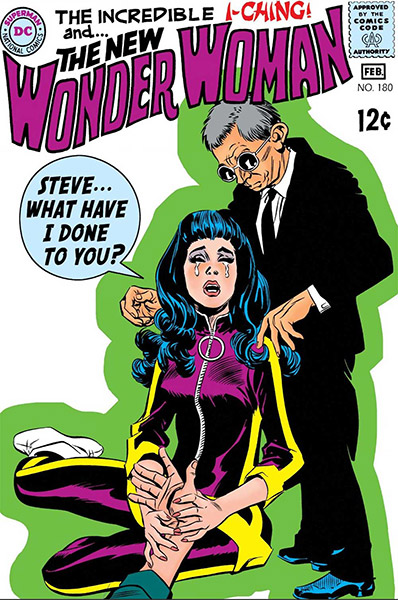 In WONDER WOMAN vol. 1 #179-180 (1968-1969), Steve Trevor was secretly ordered to infiltrate a criminal organization led by the mysterious Dr. Cyber and get inside information.

Upon discovering his ruse, Cyber’s agents brutally beat and shot Steve. Using him as bait, they lured Wonder Woman to their hideout and, in plain sight, machine-gunned Steve right in front of her. Tragically, he died in her arms.

But Steve’s story did not end there. In WONDER WOMAN vol. 1 #223 (1976), Queen Hippolyta had Aphrodite resurrect Steve as part of a test for Wonder Woman. After successfully triumphing in the resulting trials, Wonder Woman pleaded with Aphrodite to allow Steve to remain with her. Aphrodite granted her wish; and Diana and Steve returned to America, where he lived under the pseudonym Steve Howard.

Following the continuity-altering events of 1985’s CRISIS ON INFINITE EARTHS, Steve Trevor was reintroduced as a middle-aged former colonel of the U.S. Air Force. This version of Steve was in the midst of a bombing raid when his plane crashed on the island of Themyscira. Princess Diana rescued him and returned him to Patriarch World. Back home, he joined Wonder Woman in preventing Ares from igniting World War III. Married to Etta Candy, he eventually became the Deputy Secretary of Defense for the U.S. government.

Although still a colonel and military man, Steve Trevor stepped into a new role as leader of the Justice League during his reappearance in the New 52 universe, a relationship established in 2012’s JUSTICE LEAGUE vol. 2 #3. Despite his love for Wonder Woman, she never reciprocated, though Amanda Waller used his feelings for Wonder Woman as leverage when she convinced him to assemble a team to keep metahumans in check. He recruited for A.R.G.U.S. (Advanced Research Group Uniting Superhumans) and became acting director of the group.

In a familiar retelling of his initial origin tale, Rebirth’s 2016 Wonder Woman story “Year One” saw Steve, along with his fellow Navy SEALs, crash onto the shores of Themyscira. Steve, the lone survivor, was placed in Diana’s care. Queen Hippolyta then declared there would be a contest to determine who would bring Steve back to America and that the champion would be an ambassador. Diana won, and returned with Steve and the bodies of his fallen comrades. Allied again, they battled to keep the world safe from many threats, including Ares and a deadly global virus.