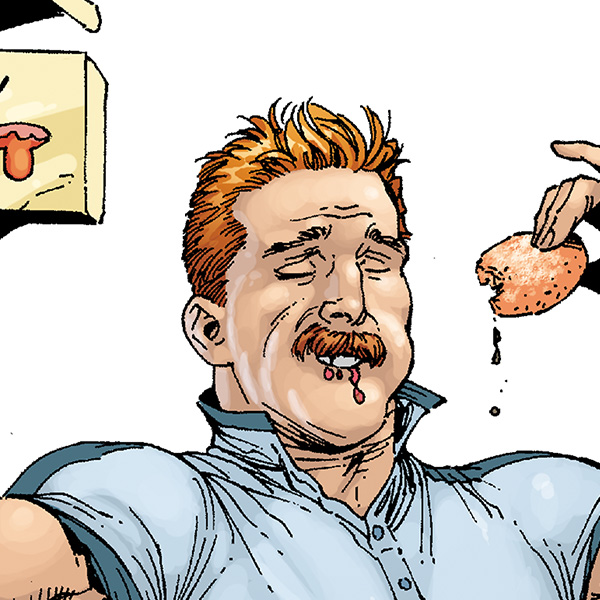 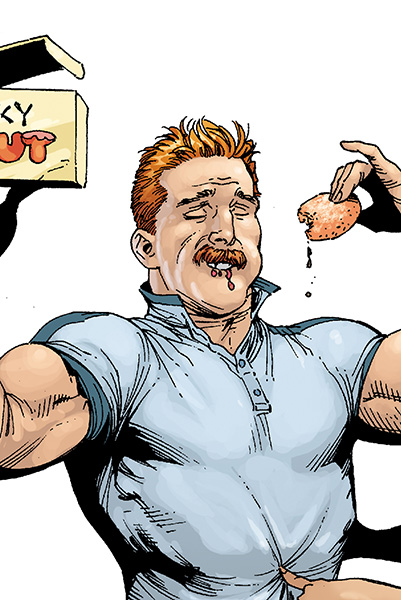 A bullying blowhard and the sports editor of the Daily Planet, Steve Lombard has served as an annoyance and an amusement to Clark Kent.

A bullying blowhard and the sports editor of the Daily Planet, Steve Lombard has served as an annoyance and an amusement to Clark Kent.

Every office environment has its resident blowhard jerk, and the Daily Planet is no different. That bullpen's biggest loudmouth is Steve Lombard, the Planet’s sports section editor. He began his career playing sports and not writing about them, as he was known as Steve "The Slinger" Lombard, a quarterback for the Metropolis Meteors. Steve injures his knee, forcing his retirement, but soon he is hired to become a sportscaster for Galaxy Broadcasting, where he works alongside fellow news anchor Clark Kent. Lombard constantly teases the nerdy Clark, but insists that he means him no harm and is just busting his chops. In the post-CRISIS ON INFINITE EARTHS continuity, Steve also begins working at the Planet, and is now the paper's sports editor.

Lombard is very much a braggart and a bit of a bully, and enjoys mocking Clark Kent right in front of the whole office, as a way of asserting dominance, always falling back on the notion that he's "just kidding around.” He's also known for making rude suggestive comments to the women of the Daily Planet, and has even done so to Lois Lane, with her husband Clark Kent standing right there. But despite all these big character flaws, when push comes to shove, Steve is basically a good guy at heart, and he's even has helped out in several occasions when he's needed to put his life on the line to save his co-workers, whenever a villain has attacked the Daily Planet building.