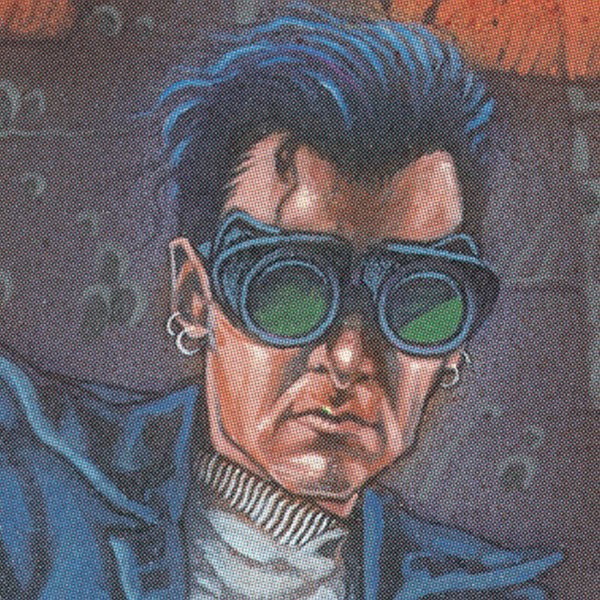 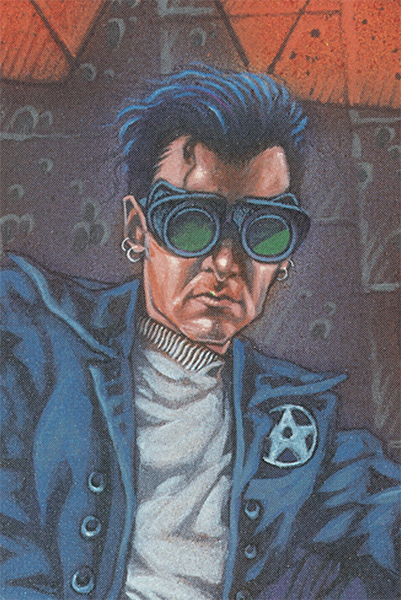 A hero with many faces, Starman is armed with a cosmic weapon that allows him to fly and project energy. With a name passed through the stars and across generations, Starman stands as protector of the idyllic Opal City.

A hero with many faces, Starman is armed with a cosmic weapon that allows him to fly and project energy. With a name passed through the stars and across generations, Starman stands as protector of the idyllic Opal City.

Of all the heroes in the DC Universe, few have seen more reinventions or reiterations than Starman. The original Starman, Ted Knight, took his name from a “cosmic rod” of his own design which allowed him to project energy and master gravity. Though there have been many Starmen of many different backgrounds, nearly all share this propensity for flight and energy blasts. Some inherited Ted Knight’s cosmic rod, or have customized it to make it their own. Others are named for their origins from a distant planet in another solar system, or for deriving their powers from an apparent falling star. While having similar powers, many who have held the Starman name couldn’t be more different. And yet, all their lives have been woven together by fate to share pieces of the same cosmic legacy. 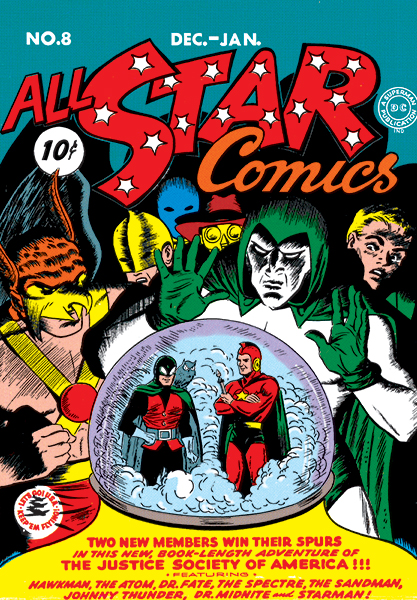 Every Starman has their own story. Ted Knight, an astronomer and inventor, developed a “gravity rod” as a potential alternative energy source. Instead, he used its energy projecting and gravity-defying properties to protect Opal City and fight alongside the Justice Society of America. Both his sons, David and Jack, eventually took up the mantle in his stead.

Like many heroes of the distant future, Thom Kallor was born with his powers. Representing the planet Xanthu in the Legion of Super-Heroes as Star Boy, Kallor eventually took up the name Starman during a time-traveling excursion to the present day.

Mikaal Tomas was an alien from the planet Talok III, sent as an advance scout to Earth to plan for an invasion by his people. But Tomas fell in love with Earth’s culture, and instead took up arms against his own race to protect it.

Gavyn was the spoiled prince of the Crown Imperial, an intergalactic empire. After getting tossed out of an airlock by his power-hungry sister, he was rescued by a mystical cosmic being named Mnn’tor who gave him the abilities and equipment to channel the powers of the stars.

Will Payton, the most recently active Starman, was a wilderness hiker who was granted cosmic powers after he was struck with cosmic energy. This cosmic power was first identified as the remains of his predecessor Prince Gavyn, who had been stricken down during the Crisis on Infinite Earths. More recently, that cosmic energy was reidentified as a fragment of the Totality, the cosmic essence from which the multiverse itself was formed. 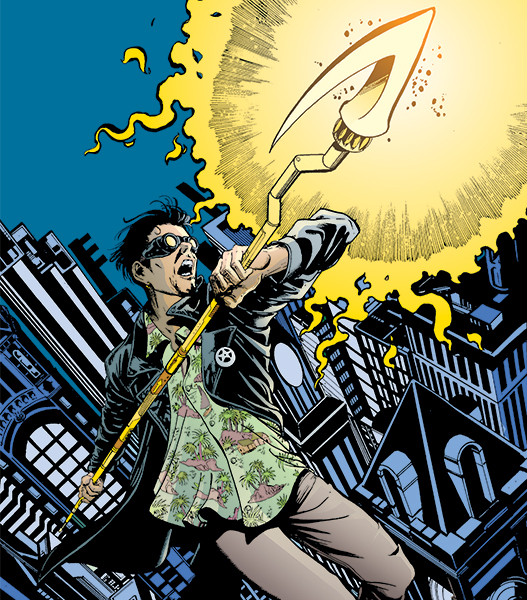 The original Starman possessed no powers of his own, but developed a “gravity rod” which allowed him to soar through the air and project energy blasts. This gravity rod was refined over time into a cosmic rod, and eventually a cosmic staff, by his sons David and Jack Knight -- each of whom took a turn as Starman themselves.

Thom Kallor, the Star Boy (and eventual Starman) of the 30th century, can manipulate his own mass and density, as well as that of the people and objects around him. Like all members of the Legion of Super-Heroes, Kallor also has a Legionnaire ring which allows him to fly.

Mikaal Tomas, the Starman of Talok III, possesses a “sonic crystal” which grants him the powers of flight and energy projection like the Earthborn Starman, but also demonstrates super strength, rapid self-healing, and the ability to fly in space.

Prince Gavyn, the Starman of Throneworld, had a cosmic staff of his own, which along with a pair of bracelets allowed him to fly, project, and absorb energy.

Powered by a beam of cosmic energy, Will Payton may be the most powerful Starman of them all. Without the aid of equipment, Payton can fly, project and absorb energy bolts, exhibit superhuman strength and durability, open portals through space, and see the entire multiverse at once. 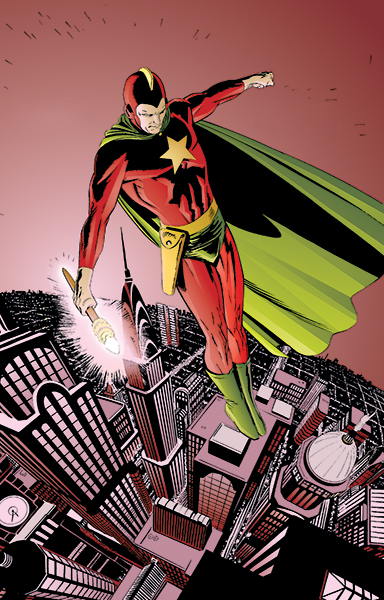 The original Starman was Ted Knight, a wealthy scientist and astronomer in Opal City who invented a tool he called the gravity rod. Originally intending it to be a source of cosmic energy, Knight instead used it to fight crime in his alternate persona of Starman. As Starman, Ted worked closely with the All-Star Squadron and the Justice Society of America, and worked closely with the FBI -- until two tragedies struck in quick succession. First, his longtime girlfriend Doris Lee was murdered after uncovering a plot by his arch-enemy, The Mist. Second, Ted learned that his research aided the government in the development of the atomic bomb. With the deaths of thousands on his hands, Ted suffered a mental breakdown and retired his costume. (STARMAN SECRET FILES #1, 1998)

Eventually, Ted was coaxed back into service by his own future son, Jack Knight, who had traveled back in time to inspire him. Like many members of the JSA, Ted was kept young beyond his years thanks to his participation in an early adventure. But when he and other members of the Justice Society battled the time-controlling Extant during ZERO HOUR, Ted’s youth was taken from him and he turned back to the life of science he pursued long ago.

Ted spent the rest of his career developing inventions which could benefit mankind, as opposed to his prior redirected focus on crime fighting tools, but continued to aid and mentor his son Jack in the role of Starman whenever possible. But in a final confrontation with his old enemy The Mist, Ted sacrificed himself using his gravity rod to transport a doomsday bomb into orbit. Ted and The Mist were both killed in the explosion, but Opal City had been saved once more. (STARMAN #72, 2000) 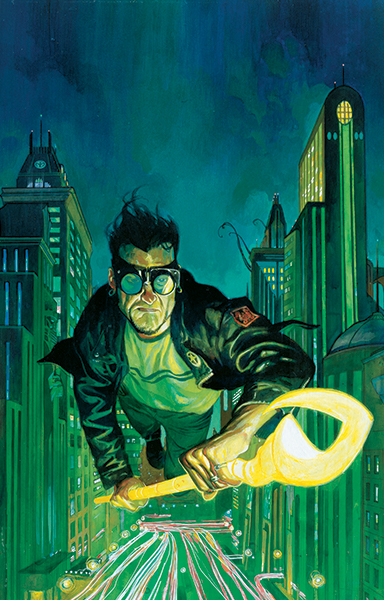 Sometime after the death of Doris Lee, Ted Knight married Adele Drew and had two boys, David and Jack. After Ted’s retirement, David, the oldest, took up the Starman costume and cosmic rod- an upgraded version of Ted’s gravity rod- to protect Opal City in his stead and preserve the Starman legacy. But David’s career didn’t last long before he was shot with a sniper rifle by The Mist’s son, a serial killer named Kyle (STARMAN #0, 1994).

Reluctantly, Jack- now a junk shop proprietor- took up the responsibility cosmic rod from his departed older brother. Jack used the cosmic rod to avenge his brother’s death, killing Kyle in their first battle (STARMAN #3, 1994). After that traumatic encounter, Jack swore to never take another life. To make the Starman mantle his own, Jack modified the cosmic rod into a cosmic staff, and assembled his own original costume. After years of adventures dealing with the ghosts of his father’s past, Jack settled down with his wife, The Mist’s daughter, and their baby son, and passed his cosmic staff on to the JSA’s new Stargirl. 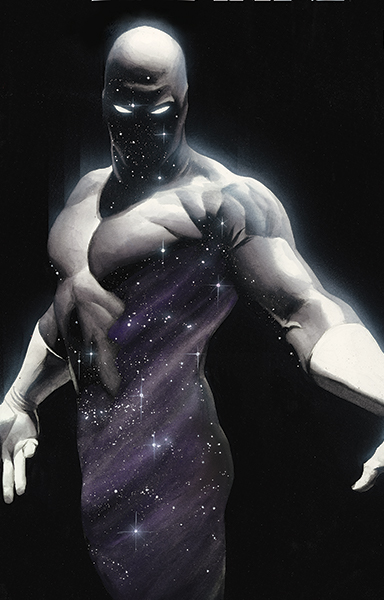 A millennium after Ted Knight first wielded the gravity rod, a different type of Starman was born: Thom Kallor, of the planet Xanthu, had the natural gift of mass and density manipulation. This power earned him a spot in the interplanetary Legion of Super-Heroes, where he was recognized by the name of Star Boy. But eventually, Thom fell out of the Legion of Super-Heroes roster. According to one version of the story, he was expelled after killing Kenz Nuhor, the murderous ex-boyfriend of Dream Girl. In another, Star Boy became more distant with the Legion after his homeworld left the association of United Planets they were pledged to protect. Whatever the reason, Thom found in a study of his own history that he was meant to travel to the 21st century, and fight alongside the Justice Society of America as the new Starman.

Sadly, along with his unique powers, Thom was also born with acute schizophrenia. While medicine of the 31st century was able to reliably treat his condition, Kallor had more difficulty finding help in the modern era (JUSTICE SOCIETY OF AMERICA #6, 2007). Assuming the identity of Danny Blaine, Thom did all he could to aid the Justice Society while also attending to his mental health needs -- goals which came into conflict when the godlike villain Gog restores his sanity, which Kallor sacrificed to ultimately defeat him (JUSTICE SOCIETY OF AMERICA #21, 2008).

In FINAL CRISIS: LEGION OF THREE WORLDS, the purpose of Kallor’s migration to the 21st century was revealed: he was to play a crucial role in the resurrection of Superboy, who had previously been killed fighting Superboy-Prime during INFINITE CRISIS. With the former Star Boy’s aid, Conner Kent would again, and aid the Legion in defeating Prime once more. 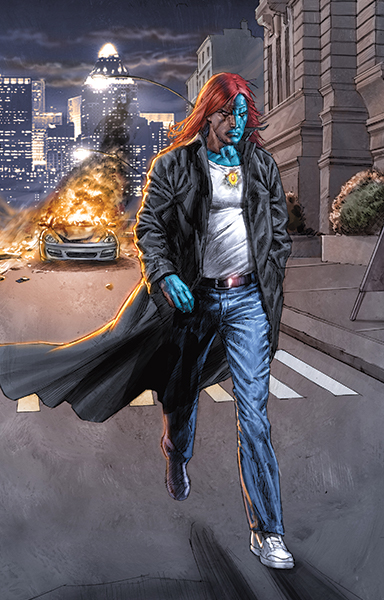 Mikaal Tomas first arrived from the stars years ago, as an advanced scout for his world conquering people of Talok III. But instead of relaying Earth’s vulnerabilities, he fell in love with the world’s culture… even taking on the name of his favorite song, the 1972 hit “Starman.” Armed with a sonic crystal that granted him a wide array of powers, this Starman repelled the invasion of his homeworld, and vowed to stand ever vigilant against any further incursions from his former home (1ST ISSUE SPECIAL #12, 1976).

But, as the years went by, another invasion from Talok III never came. This was partially due to the fact that in his absence, Talok III had been destroyed. Tomas descended into a life of unchecked hedonism, losing himself in drugs and sex until he hit rock bottom -- until he was rescued and rehabilitated in Opal City thanks to Ted and Jack Knight (STARMAN #3, 1994). In gratitude for helping him land back on his feet, Mikaal Tomas became the new Starman of Opal City after Jack Knight’s retirement, and even spent a period of time as a member of the Justice League of America (JUSTICE LEAGUE: CRY FOR JUSTICE, 2009). 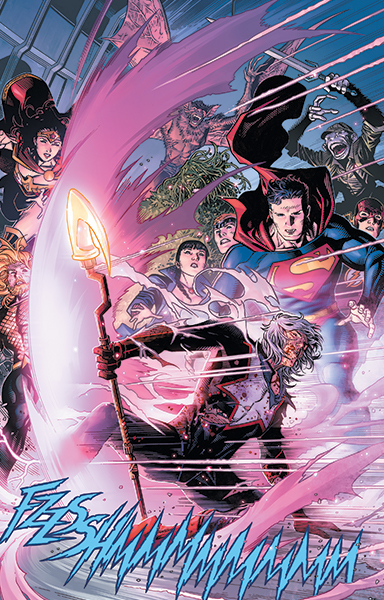 Far, far from Earth, another Starman would arise to protect his own people by the name of Prince Gavyn. Gavyn was once an aloof and entitled royal of Throneworld, the seat of power for a galactic empire, until a near-death experience at the hands of his traitorous sister got him in touch with cosmic abilities. As Starman, Gavyn returned to Throneworld to rule and protect it (STARMAN ANNUAL #1, 1996). In the CRISIS ON INFINITE EARTHS, Gavyn fell as one of the many casualties to the attacks of the Anti-Monitor. But Gavyn’s mission was not complete -- as a pure beam of energy, this interstellar Starman transferred his powers into a human host, a wilderness explorer named Will Payton (STARMAN #1, 1988). Payton’s initial tenure as Starman mainly overlapped with David Knight’s, but he eventually fell in battle against an empowered Eclipso. (ECLIPSO: THE DARKNESS WITHIN #2, 1992).

After DC UNIVERSE: REBIRTH, Will Payton returned to the reformatted DC Universe with a dire warning for the Justice League. Powered by The Totality, an ancient energy source from which the multiverse was forged, Starman foresaw an oncoming onslaught upon all of creation by Perpetua, mother of both the Monitor and the Anti-Monitor (JUSTICE LEAGUE #8, 2018). With Starman’s help, the Justice League must do all they can to prepare for the oncoming storm of Perpetua, a threat the likes of which they’ve never faced before.