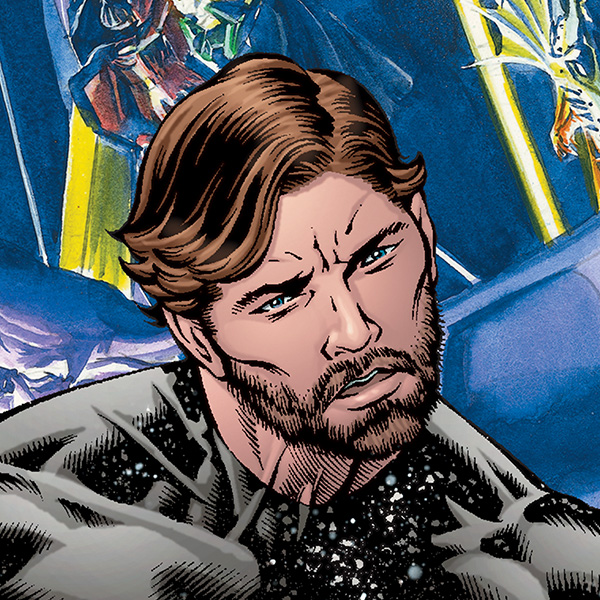 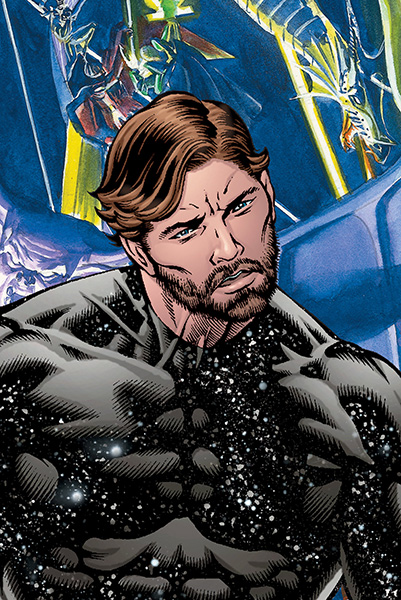 Thom Kallor uses his control over mass and density as the member of Legion of Super-Heroes known as Star Boy.

Thom Kallor uses his control over mass and density as the member of Legion of Super-Heroes known as Star Boy.

Few members of the Legion of Super-Heroes have had as wild and chaotic a personal history as Thom Kallor, also known as Star Boy. Born in the 30th Century to a pair of astronomer parents on an observation satellite orbiting the planet Xanthu, the circumstances of his birth left Thom with the ability to increase the mass of an object. As a teenager, he became an early recruit in the Legion of Super-Heroes as Star Boy, where he entered into a romantic relationship with fellow Legionnaire Dream Girl. But when he killed Dream Girl's former boyfriend in self-defense, he was expelled from the Legion for breaking its rules.

Eventually readmitted into the team, Star Boy served with distinction for many years, and eventually travelled back in time to the 21st Century, where he took on the identity of Starman, and served as a member of the Justice Society of America. Diagnosed with borderline schizophrenia, Thom was able to manage his illness with advanced future medicine. But in the 21st Century, he succumbed to it and was admitted to a mental hospital without proper treatment. He eventually returned to his own future time period, where he rejoined the Legion, and continues to serve as a member in good standing. 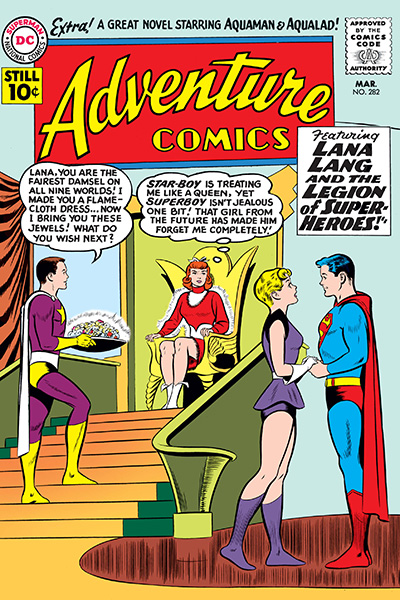 Thom Kallor was born among the stars, in a research outpost orbiting the planet Xanthu. His parents were astronomers, and it is thought that the unique location of his birth allowed for him to develop super powers. Early on in his childhood, he discovered that he could temporarily increase the mass of an object, up to the mass of a star. He briefly developed a second set of powers very similar to those of a Kryptonian when he was caught in the tail of a comet, but in time those faded, and he was left with only his density abilities. As a teenager, he applied and was accepted into the Legion of Super-Heroes.

Star Boy begins a long relationship with Nura Nal, the precog Legionnaire know as Dream Girl. However, when he kills Dream Girl's ex-boyfriend in self-defense, he is expelled from the Legion for violating their rules against killing. Dream Girl leaves the Legion as well, and the pair join the Legion of Substitute Heroes. However, some time later, the two disguise themselves as "Sir Prize" and "Miss Terious," and reapply for Legion membership, and are accepted back on the team. Not long after, Star Boy changes his costume from a purple, caped uniform resembling Superboy's, into a suit with that has a  full body starfield, which he would wear for many years.

After the events of ZERO HOUR, we are introduced to a new version of Star Boy, who replaces the deceased Kid Quantum as Xanthu's representative to the Legion. As with the previous Star Boy, this version of Thom Kallor also temporarily acquires several Kryptonian-like super-powers, like the power to breathe fire, but he finds these new abilities difficult to control. The post-ZERO HOUR version of Star Boy and all his teammates were eventually revealed to be living on the parallel world of Earth-247.

A third version of Star Boy later emerged, this time on the parallel world of Earth-Prime. Although the previous versions of Star Boy were presented as white, this Thom Kallor was black. During his tenure with the Legion, he saw himself as founding member Cosmic Boy's right hand man.

The original Star Boy appears once again, this time in the 21st Century. It was revealed that he traveled from his future to the KINGDOM COME universe, known as Earth-22, and then to the 21st Century. Because of the limits of 21st Century medical knowledge, Kallor began to hear voices in his head, and he is then diagnosed as borderline schizophrenic, a condition that was held at bay due to future medicine. He joins the Justice Society of America as Starman, but when he was not adventuring with them, he was a voluntary patient at the Sunshine Sanitarium.

While in the sanitarium he assumes the identity of Danny Blaine, a name that Kallor took from his favorite boyhood fictional hero growing up Xanthu. Eventually, the supremely powerful Gog uses his powers to restore Thom's sanity. Starman leaves the sanitarium and works as a gravedigger, which he believes will help him carry out his mission in the present: procure the body of Superboy Conner Kent in order for him to be resurrected in the future. He later learns that his starfield suit was designed by three different Brainiac 5s from three parallel universes, and the costume itself is a map of the recreated multiverse.

Starman later became a part of a secret Legion team sent by the late R.J. Brande to the 21st century to ensure their future comes to pass. In the post-FLASHPOINT reality, Kallor is once again seen in the future as a member of the Legion, although he is now a paraplegic. Star Boy dies when the Legion headquarters collapses during an attack from the Fatal Five's onslaught, but later is resurrected and rejoins the Legion. 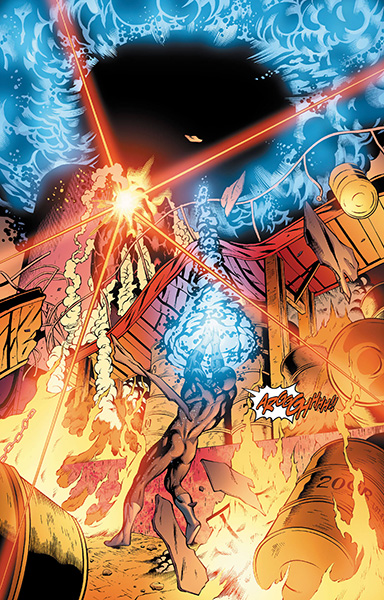 Thom Kallor could draw mass from the stars and induce them into objects, and even sometimes people. Whenever he would do this, he would increase the mass of the object without increasing the gravity around it; making the object super heavy. Kallor can also reverse this, and make objects extremely light, similar to his fellow Legion member Light Lass.

He also temporarily had Kryptonian-like powers, due to his contact with a passing comet, but those powers eventually faded. Thom Kallor also had the ability of creating Black Holes, by using an object as a central point. These black holes function somewhat like wormholes to the various parallel realities of the multiverse. Like all Legion members, he owns a Legion Flight Ring, which allows him to fly. 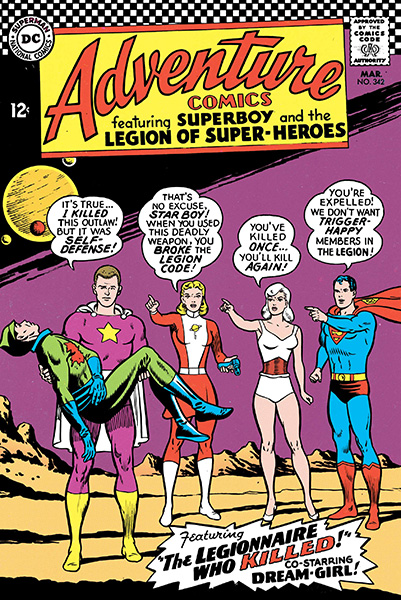 While visiting his parents, Star Boy is attacked by Kenz Nuhor, the jealous former boyfriend of his current partner, Dream Girl. He uses a gun and kills Nuhor in self-defense, and though he is cleared of all charges by the Science Police, he is expelled from the Legion for breaking their non-lethal force rules. He later reapplies and is once again accepted to the team. 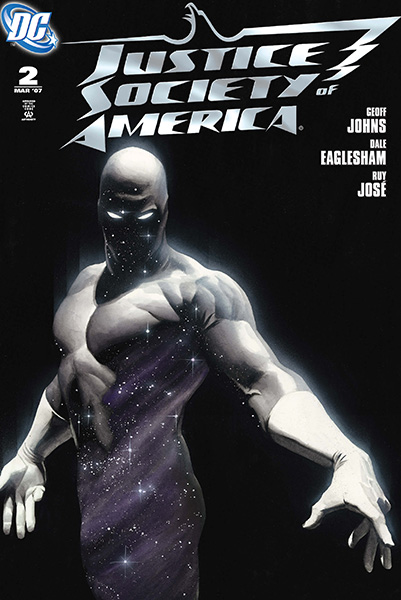 After traveling into the past, a now adult Thom Kallor joins the Justice Society of America, under the alias Starman. He is also a mental patient in a hospital under the name Danny Blaine. Although he is still a formidable Super-Hero, his mental issues make him confused as to why he's in the past, which is part of a plan to bring Superboy Conner Kent back to life. 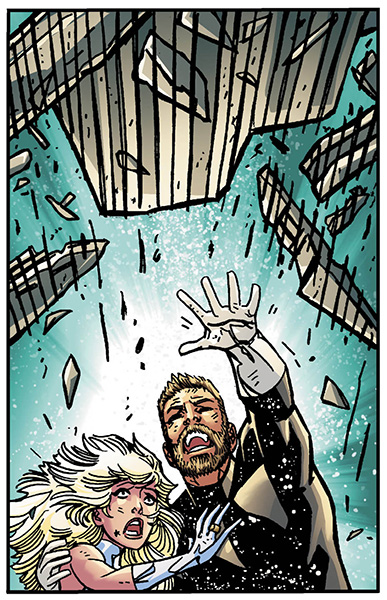 In the post-FLASHPOINT reality, Thom Kallor is killed when the Fatal Five attacks Legion headquarters, and the building collapses in on him. He is later brought back to life, where he continues to serves as a Legionnaire in the 31st Century.