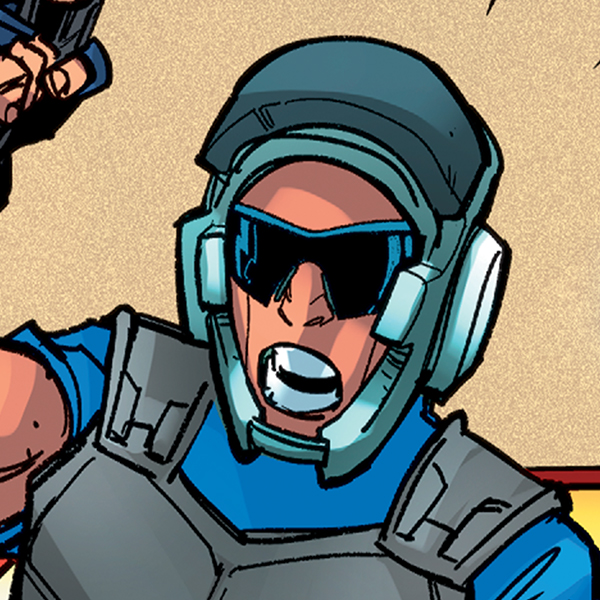 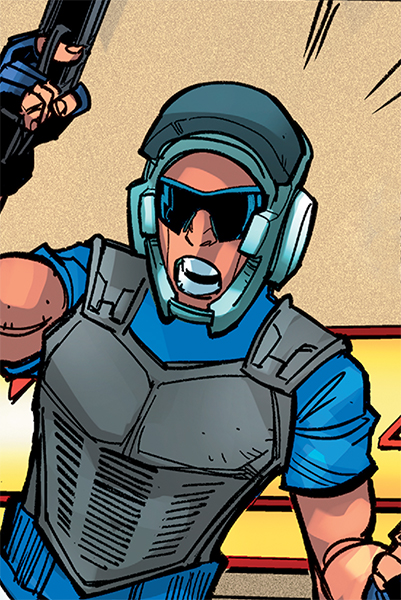 A disgraced all-star athlete, “Crusher” Crock will do anything it takes to get a win regardless of the rulebook. His favorite pastime: battling the Justice Society of America.

A disgraced all-star athlete, “Crusher” Crock will do anything it takes to get a win regardless of the rulebook. His favorite pastime: battling the Justice Society of America.

When you’re embarking on a life of crime, settling on a gimmick can be difficult. Not so for Crusher Crock, known to his foes in the Justice Society as the Sportsmaster. Once an all-around athlete, from baseball to golf to skiing to equestrianism and beyond, Crock crushed the competition in every field he competed in. His one fatal weakness, however: he couldn’t stop himself from cheating to ensure the win.

It wasn’t too long in Crock’s career that he was discovered as a cheater, and ousted from professional sports. Jilted by his true calling, Crock turned his prodigious athletic skill and equipment towards a life of crime. One way or another, his mastery of sports would lead him to riches and glory.

But as unfair as Sportsmaster could play, and no matter which villainous teams he played for, he could never score a victory against his rivals in the Justice Society of America -- and later, Robin and Batgirl. His biggest win: a romance and marriage to fellow Injustice Society member Tigress, with whom he had a daughter, Artemis.

Through Sportsmaster’s long losing career, he inspired several imitators: like Victor Gover, a football player with photographic reflexes whose gambling addiction led him on a one way trip to the Suicide Squad. Or Martin Mantle, who was subjected by his abusive, glory-denied father to a series of experimental treatments to make him a better athlete, contorting his body until it could no longer take the strain.

The original Sportsmaster pitched his last game in the aftermath of FINAL CRISIS, after joining a cult led by Doom Patrol villain General Immortus in exchange for increased powers. It was a double cross by minor Martian Manhunter enemy The Human Flame which led to the demise of Crusher Crock and his fellow Immortus cultists.

Sportsmaster was brought back from permanent retirement through the time-altering events of FLASHPOINT. He spent at least a short amount of time as an agent of Talia al Ghul’s Leviathan spy network, but moved on to a life of petty crime. Sportsmaster is now usually seen in the periphery of the HARLEY QUINN comics committing heists with his criminal partner and roommate, Clock King.