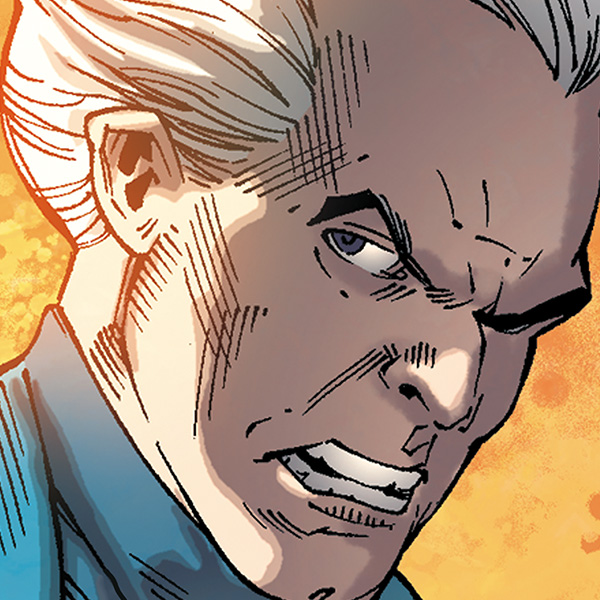 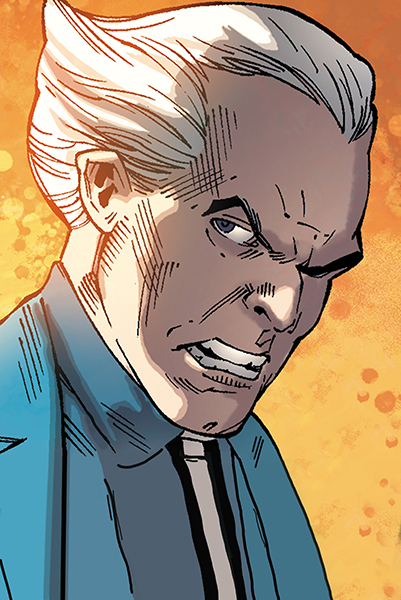 A ruthless and conniving businessman, Simon Stagg of Stagg Enterprises has never let petty morality or empathy get in the way of closing a profitable deal.

A ruthless and conniving businessman, Simon Stagg of Stagg Enterprises has never let petty morality or empathy get in the way of closing a profitable deal.

Though he’s a billionaire industrialist whose wealth rivals that of Bruce Wayne, Ted Kord and Oliver Queen, Simon Stagg has more in common with the likes of Lex Luthor due to his unscrupulous ways. Stagg made his fortune as an inventor and the founder of Stagg Industries, one of the world's leading tech companies. Due to the tragic loss of his wife, Stagg is wildly overprotective of his daughter, Sapphire. He was less than thrilled when she fell in love with Rex Mason, a rough-and-tumble former Stagg employee turned adventurer.

Mason was transformed into the freakish-looking hero Metamorpho while on a mission for Stagg. During this mission, Stagg had ordered Java—a genetically altered Neanderthal man who served as Stagg’s servant and bodyguard—to murder Mason, who was exposed to the mystical Orb of Ra while dying, which caused him to transform into Metamorpho.

Despite his grotesque appearance, Sapphire stayed devoted to Mason. This infuriated Simon, as he had hoped Rex's disfigurement would break the couple up. Instead, the two grew closer. Stagg continued trying to sabotage his daughter's relationship, though he eventually sought to make amends by attempting to cure Mason of his condition and render him an ordinary human again. When Metamorpho saved Stagg's life from an enemy bent on killing him, he finally gave his daughter and Rex his full blessing, and the couple married.

Stagg eventually acquired Terrifictech, the company of Michael Holt (a.k.a. Mr. Terrific) and, following the events of 2017’s Dark Nights: Metal event, used its technology to open a portal to the Dark Multiverse. This breach united the team known as the Terrifics.