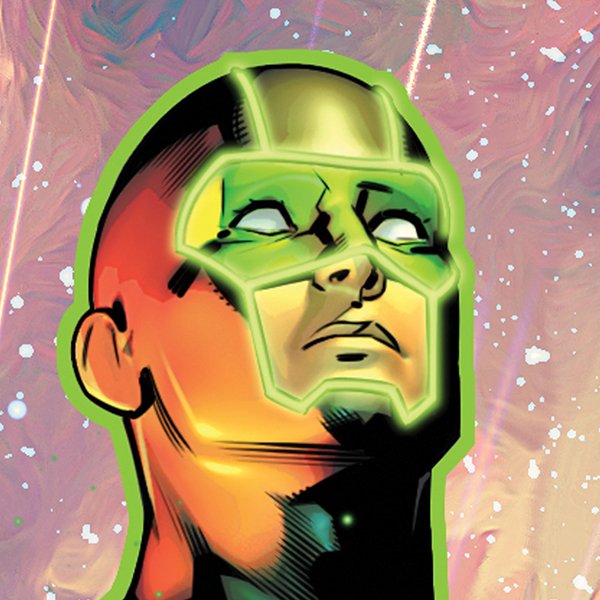 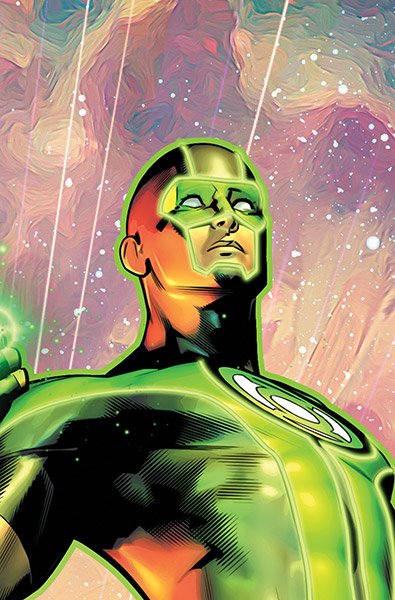 The protector of Sector 2814 and the partner of Jessica Cruz, Green Lantern Simon Baz shines the light of justice across the earth and the known universe.

The protector of Sector 2814 and the partner of Jessica Cruz, Green Lantern Simon Baz shines the light of justice across the earth and the known universe.

Space Sector 2814, and the planet Earth in particular, has given rise to some of the greatest members of the Green Lantern Corps the universe has ever known. Names like Hal Jordan, John Stewart, Guy Gardner and Kyle Rayner are known throughout the cosmos, and following in their footsteps would be no easy task for any ring-slinging rookie. But Dearborn, Michigan’s Simon Baz was up to the challenge.

For a time Simon Baz carried another weapon with him at all times, making certain that his trusty handgun was always at his side, which was a huge departure from his predecessors. While it may seem silly at first to the average person, Baz didn’t want to rely entirely on an alien weapon he didn’t fully understand and didn’t exactly trust.

After an intense trial-by-fire period, Simon Baz is now permanently assigned to Earth’s sector as its representative Green Lantern, along with his partner, Jessica Cruz. Together they have proven themselves worthy of the mantle of Green Lantern, and proudly defend the Earth from all those who would do it harm.

Lebanese American Simon Baz was born in Dearborn, Michigan, and grew up facing intense xenophobia and bigotry against Muslims in the wake of the 9/11 terrorist attacks. He and his family were often targeted by bigots, and Simon had to defend his younger sister Sira from bullying on more than one occasion. Despite these obstacles, Simon got a degree in engineering and a job at a local automotive plant. But when layoffs cost him that job, he made the foolhardy choice of taking up illegal street racing.

Due to his innate ability to conquer fear, Simon ended up becoming quite an adept street racer. Nevertheless, one day tragedy struck, and an accident placed his brother-in-law in a coma. Simon barely escaped going to prison. Despondent, he turned to stealing cars in order to sell them for parts.

On one such occasion, Baz stole a van that turned out to be loaded with explosives. After a high-speed chase, he was arrested, and due to his ethnicity was assumed to be a terrorist. Sent to Guantanamo Bay, Baz was very nearly tortured. It was then that the Green Lantern power ring chose him to be its new bearer (at a time when veteran Earth Lantern Hal Jordan was thought to be dead).

Eventually, Baz was able to clear his name of any charges of terrorism, and became the official Green Lantern for Sector 2814. He also joined the United States government-funded Justice League of America, before joining Super Heroes like Superman, Batman and Wonder Woman in the original Justice League. He’s currently training Earth’s first official female Green Lantern, Jessica Cruz, who is also his partner in protecting their assigned sector of space. 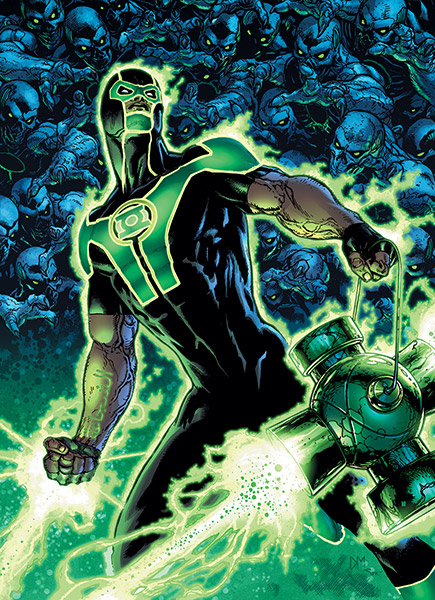 In order to be selected by a Green Lantern Corps power ring, Simon displayed the ability to overcome great fear. Like all Green Lanterns, Simon Baz’s power ring is capable of generating sophisticated hard light constructs powered by his Oan power battery and his willpower. Like all power rings, his has a connection to an A.I. that serves as a sort of field computer. His ring also keeps him alive in space, and allows him to fly and travel in hyperspace. Because of his love of cars, Baz often makes constructs of an automotive nature, or creates tools associated with cars.

Baz has demonstrated abilities unique among members of the Green Lantern Corps. He was able to use his willpower to bring his brother-in-law out of his coma, using an ability to correct medical ailments that was supposedly impossible for a Green Lantern power ring. With this healing power, Baz has also cured Red Lanterns of the rage that fuels their rampages.

Baz has also displayed an ability called “Emerald Sight,” which gives him precognitive glimpses into the future. Very little is known about this power, and so far it seems that this ability may be exclusive to his power ring. 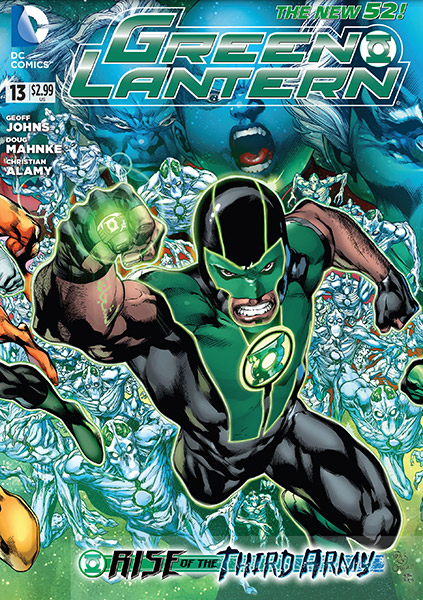 In his earliest appearances, Simon Baz inherited his role as Green Lantern from both Hal Jordan and Sinestro, who’d recently returned to the Green Lantern Corps. Both Lanterns had ended up in the realm of the dead, and due to their absence from this plane, their rings combined into one new, unique ring, which chose Baz as its bearer.

This event transpired in the middle of a cosmic crisis known as the “Rise of the Third Army.” The Green Lanterns’ creators and wardens, the Guardians of the Universe, had in eons past created an army of androids called Manhunters as their cosmic peacekeeping force. When this force ultimately failed, it was replaced with the sentient Green Lantern Corps. Now the Guardians sought to replace all Lanterns with a third police force, made of beings stripped of their free will, who functioned as extensions of the Guardians’ own.

In the midst of this crisis Baz received his ring. With his new powers and abilities, Baz proved himself a worthy successor to Hal Jordan, and to heroes like Superman and Batman, as he fought off an army created to replace him and others of his kind.

Not long after joining the Corps, Simon Baz was asked by intelligence operatives Steve Trevor and Amanda Waller to be the United States government’s resident Lantern in the newly formed Justice League of America. Waller offered to clear all charges against Baz in the terrorist incident for which he was mistakenly arrested, an offer he couldn’t refuse.

This version of the League, despite heavyweight members like the Martian Manhunter and Hawkman, did not last long, and was disbanded shortly before the events of the Trinity War, which saw the emergence of Earth-3’s Crime Syndicate on the Prime Earth.

Though the sector was free of the Green Lanterns’ presence, Hal Jordan made one exception—Earth would remain under the protection of Simon Baz. As a sign of the newfound respect Jordan had for Baz, the veteran Lantern placed his own family in Baz’s care. 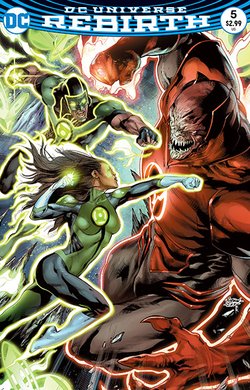 Following the events of DC UNIVERSE REBIRTH #1, Baz was assigned by Corps leader Hal Jordan to train rookie Green Lantern Jessica Cruz, despite the fact that he had only slightly more experience than she did. After the two Lanterns disappointed Jordan in their performances during a training exercise, Jordan chose to fuse their power batteries into one.

This new battery can only be accessed when the two are in the same place, a move Jordan hoped would bring them together as a team. Although at first the two rookies grated on each other’s nerves, they eventually bonded, becoming close friends and partners.

At this time, Jordan appointed both Lanterns to membership in the Justice League, hoping his former teammates would help train them. Baz’s teammate Batman, a hero with no love for firearms, then convinced him to give up the gun he’d always kept at his side.