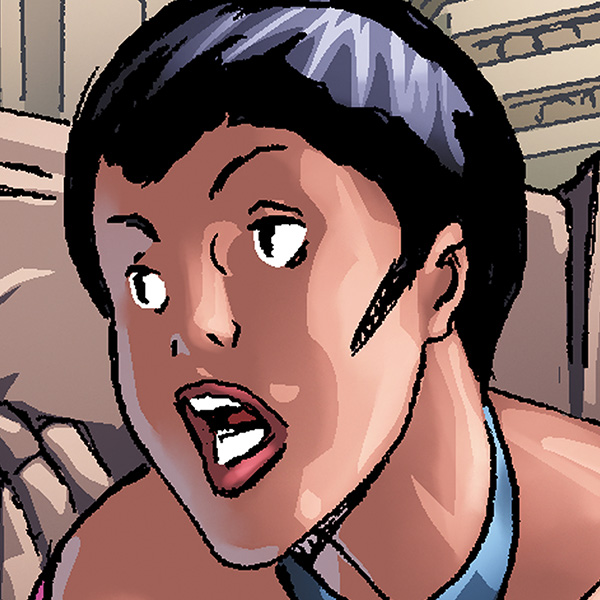 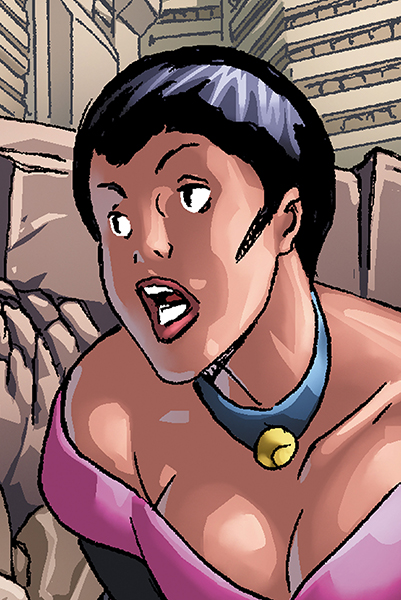 With the ability to manipulate her size, Salu Digby overcame her crippling shyness to become the planet Imsk's representative in the Legion of Super-Heroes.

With the ability to manipulate her size, Salu Digby overcame her crippling shyness to become the planet Imsk's representative in the Legion of Super-Heroes.

A citizen of the planet Imsk in the 31st century, Salu Digby was able to alter her size at will, a skill unique to all natives of her planet. But Digby was unusual in that she could shrink to subatomic size, an ability that made her eligible for membership in the Legion of Super-Heroes. She was rejected when she first tried out for the team, possibly due to her innate shyness. Her confidence was later boosted by Legionnaire Triplicate Girl, and upon her second tryout, she ended up joining the team as Shrinking Violet and became a valuable member.

Despite being pursued romantically for years by fellow Legionnaire Colossal Boy, Salu was devoted to Duplicate Boy, a member of the group called the Heroes of Lallor. Violet was kidnapped by radicals from her own world of Imsk and replaced with a shape-shifting duplicate named Yera. When Violet was eventually freed from captivity and rejoined the Legion, she had a harder edge and became one of the team’s best fighters. She broke up with Duplicate Boy and entered into a long-term relationship with fellow Legionnaire Lightning Lass. An alternate version of Digby from Earth-247 acquired Colossal Boy’s powers upon his death and became LeViathan. Another version from Earth-Prime operated as the Legion’s secret weapon, known as Atom Girl.