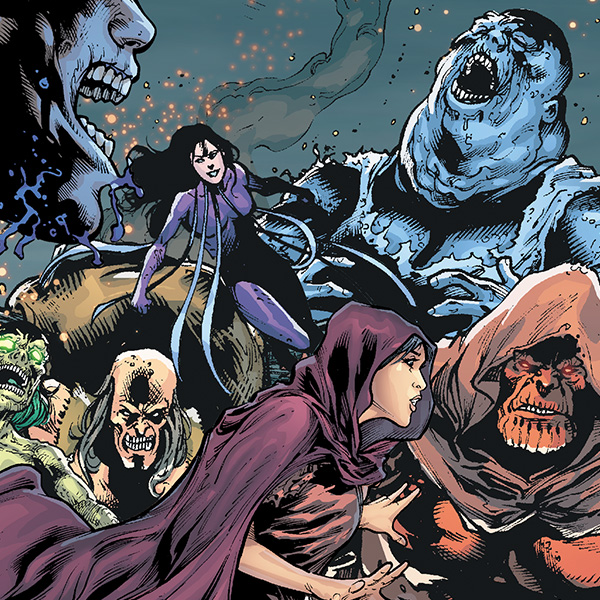 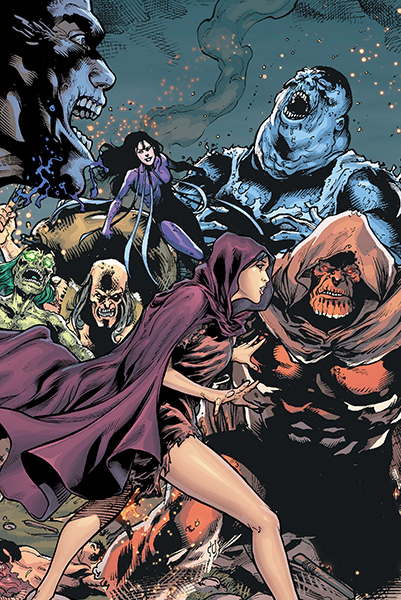 The literal embodiment of Pride, Envy, Greed, Wrath, Sloth, Gluttony, and Lust, the Seven Deadly Sins are some of Shazam's deadliest foes.

The literal embodiment of Pride, Envy, Greed, Wrath, Sloth, Gluttony, and Lust, the Seven Deadly Sins are some of Shazam's deadliest foes.

The Seven Deadly Sins, which have also been referred to as the Seven Deadly Enemies of Man, were a group of ancient and very powerful demons that represented the worst aspects of human behavior: Pride, Envy, Greed, Wrath, Sloth, Gluttony, and Lust. These demons had the power to take control of people's bodies, forcing them to indulge in their most base impulses. Centuries ago, the Sins were captured by the wizard Shazam, and then encased in seven stone statues, which he then placed in the Rock of Eternity. They managed to escape and wreak havoc on the world several times, such as when the Rock of Eternity was destroyed by the Spectre. They were recaptured by Captain Marvel and once more encased in statues in the rebuilt Rock of Eternity.

In the post-FLASHPOINT reality, the Seven Deadly Sins were similar to their original incarnations, although the mythological figure known as Pandora released the Sins into our reality around the year 8000 B.C.E. She did this by opening the object which held them, which later became known as Pandora's Box. The Sins then became woven into the very fabric of existence, so they existed in all places and at all times, and therefore became almost impossible to destroy. Because of her role in giving them freedom, the Sins often referred to Pandora as their "mother." They were captured by Black Adam thousands of years ago, but reemerged in the 21st century, where they became enemies of the hero Shazam (formerly known as Captain Marvel).