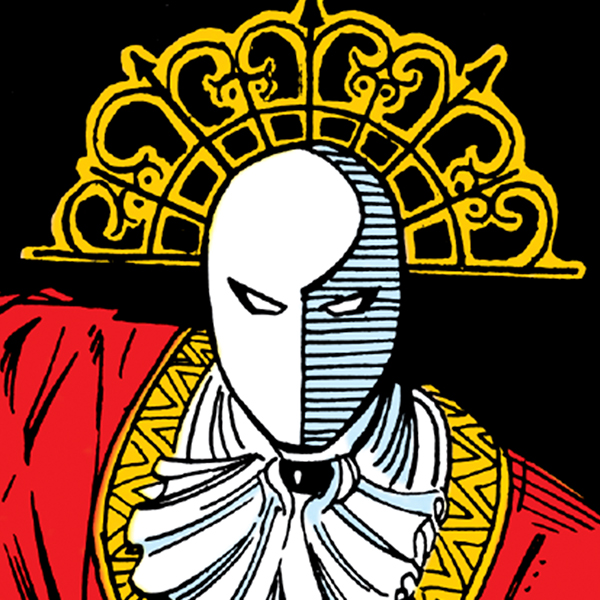 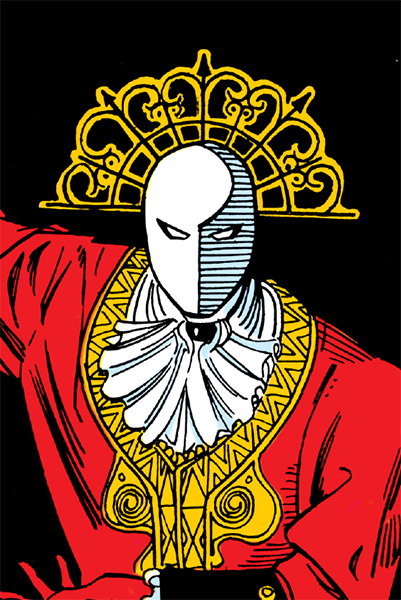 A mad extradimensional being who harvests pain and anguish from those around him. Red Jack may or may not be the actual, literal God.

A mad extradimensional being who harvests pain and anguish from those around him. Red Jack may or may not be the actual, literal God.

According to Red Jack himself, his origin story began with the birth of the universe -- an act which he himself orchestrated, as the God of all creation. To punish himself for this profane act of creating something from nothing, Red Jack imprisoned himself in an extradimensional manor that exists on a plane of reality intersecting Earth once per century. Red Jack, however, was quite insane, and should not necessarily be taken at his word.

On the other hand, Red Jack’s power was as godly as advertised. By harvesting pain, Red Jack was able to fuel himself with an array of powers from super strength to the manipulation of reality itself. To ensure his power, Red Jack kept an enormous collection of living butterflies in his home, pinned to the wall so he might power himself through their constant suffering. Every hundred years, Red Jack would descend to Earth to refuel his powers and ensure his legacy. In the 19th century, Red Jack claimed to have gained notoriety as the infamous serial killer Jack the Ripper. And in the 20th, Red Jack traveled to the mortal world so he might abduct the comatose Lodestone of the Doom Patrol, and father a child with her.

With the Doom Patrol giving chase to his infinitely large home for their comrade, the team managed to distract the almighty Red Jack long enough for Crazy Jane to free his anguished butterfly collection -- and for Lodestone to awake from her coma and fatally stab Red Jack with a knife. If God is dead, as the philosophers claim, it was the Doom Patrol that did the deed.