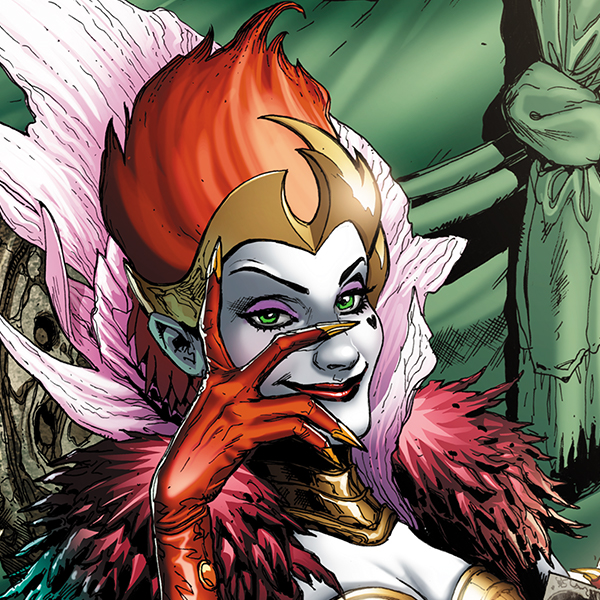 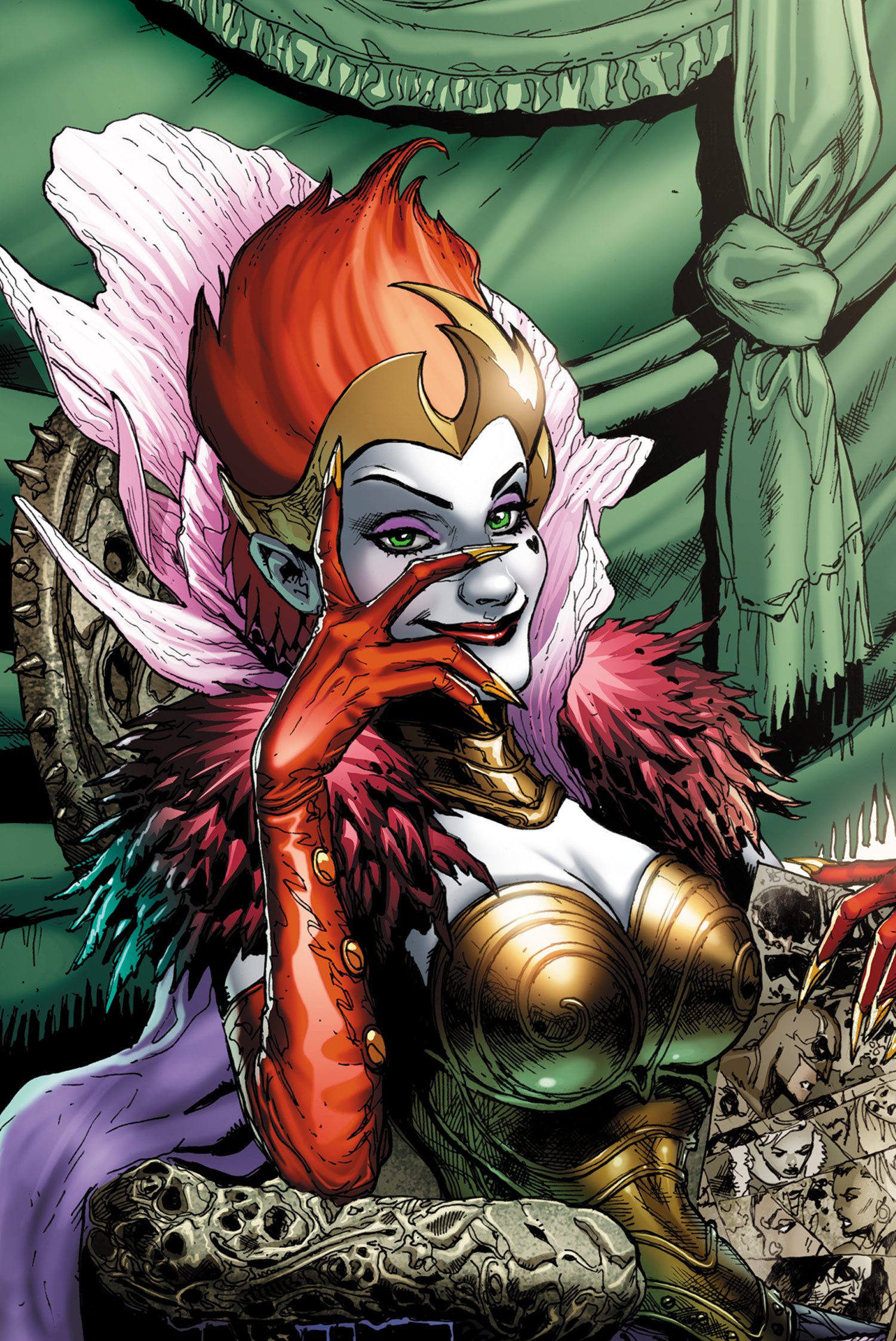 The wicked Queen Tsaritsa comes from a land of fairy tales and uses the power of myth to exert her will upon reality.

The wicked Queen Tsaritsa comes from a land of fairy tales and uses the power of myth to exert her will upon reality.

ALIASES: Tsaritsa, The Evil Queen, Laney Kirswell, The Might Beyond the Mirror

Once upon a time, the Queen of Fables was known only as the Evil Queen — stepmother to the beautiful princess Snow White, the fairest maiden in their entire magical kingdom. Though the Evil Queen tried jealously to rid the kingdom of Snow White’s beauty, the princess retaliated by trapping the queen within a Book of Fables.

Relegated to a realm of fiction, the Queen Tsaritsa came to symbolize the concept of evil itself, claiming dominance over all that was wicked in folk tales and stories throughout reality. The Queen of Fables exploited this foothold into the collective subconscious in order to once again enforce her dominance in the real world, more powerful through the ideas she now embodied than ever before. It took the combined might and cunning of the Justice League of America to subdue the wicked queen, locking her in another book where she could do far less damage… the United States Tax Code.

But even taxes could provide a crafty enough queen with a way out through the imagination of a legion of tax lawyers, hired to find loopholes. Soon the Queen was bedeviling the world once more — this time as Hollywood movie director Laney Kirswell, co-opting the legend of Wonder Woman, through an unauthorized biopic. (WONDER WOMAN #24-25, 2008)

Wonder Woman managed to defeat the Queen of Fables, but it wouldn’t be her last attempt to conquer the Justice League. From her realm beyond reality, the Queen adopted the guise of “The Might Beyond the Mirror,” tempting mortals heroic, villainous, and mundane alike with the realization of their wildest dreams. The only price she demanded in return was their belief in her… a powerful currency in the DC Universe for conceptual beings. After all, the more belief a deity can harness, the more powerful they become. When the Queen granted Killer Frost’s wish to no longer be cursed by her powers, Tsaritsa gained the final piece she needed to reign supreme in the mortal world. The Justice League of America required the intervention of Promethea, the Guardian of Imagination herself, to aid them in subduing the Queen a third time. But after a truly epic battle worthy of story and song, the Queen of Fables was subdued once more. (JUSTICE LEAGUE OF AMERICA #1-24, 2017-2018)

And the Justice League of America lived happily ever after…