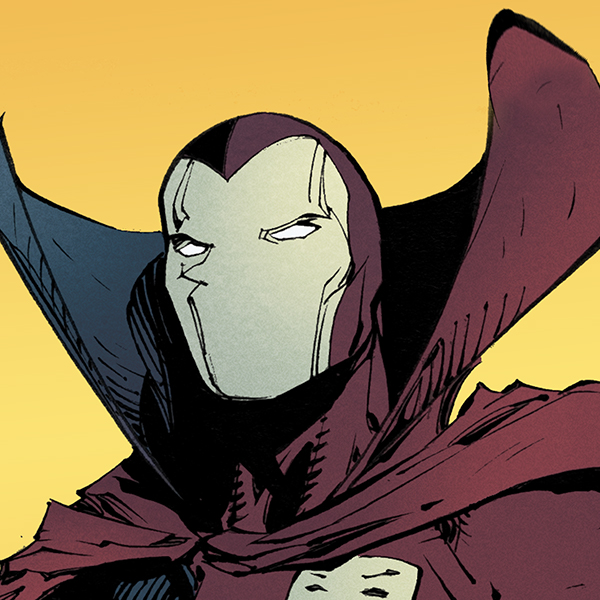 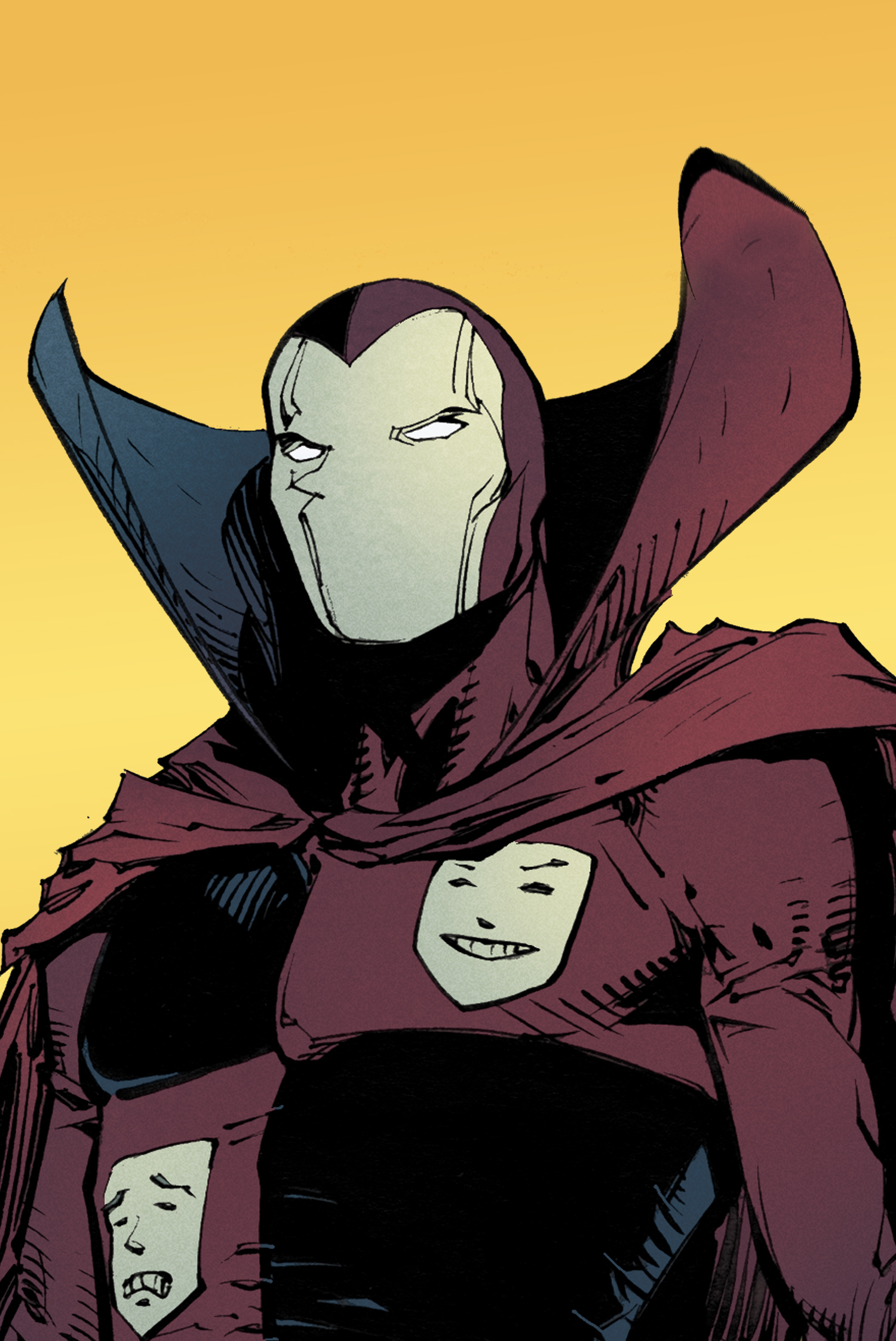 With the manipulative Medusa Masks inherited from his predecessor, Roger Hayden can direct the emotions of everyone around him. But as the sole witness to the reality-changing events of CRISIS ON INFINITE EARTHS, the “Psycho-Pirate” has issues of his own.

With the manipulative Medusa Masks inherited from his predecessor, Roger Hayden can direct the emotions of everyone around him. But as the sole witness to the reality-changing events of CRISIS ON INFINITE EARTHS, the “Psycho-Pirate” has issues of his own.

The original Psycho-Pirate was an underappreciated newspaper typesetter named Charles Halstead, who longed for the world to notice him. By surreptitiously printing his messages in the paper, Halstead adopted the moniker of the Psycho-Pirate for a string of crimes designed to evoke emotional reactions of greed, hate, and fear. Halstead was eventually discovered and jailed by the Justice Society of America. He shared a cellmate, a gangster by the name of Roger Hayden.

While swapping stories of their lives before prison, an aging Halstead told Hayden about a secret he’d learned in his days as the Psycho-Pirate: the existence of a set of mystical artifacts known as the Medusa Masks, which could be used to manipulate people’s emotions directly. Once Roger Hayden was free from prison, he located these masks and designed a faceplate to flip through them at will -- allowing him to project whatever emotions he desired. Though he proves a more formidable foe than his predecessor, Hayden was also soundly defeated in multiple rows with the Justice Society, even when teaming up with the Ultra-Humanite’s Secret Society of Super-Villains.

In the CRISIS ON INFINITE EARTHS, Psycho-Pirate’s particular abilities came in high demand. He was approached by The Monitor, who enlisted him to use his Medusa Mask to call other essential personnel to defend the universe who may otherwise be reticent to join. But it wasn’t long before Psycho-Pirate betrayed the world’s defenders to join the Anti-Monitor, after being promised a world of his own in the aftermath. When the Anti-Monitor fell, the Crisis was resolved, and the world was remade, Psycho-Pirate remained one of the few beings who remembered the Infinite Earths — a knowledge which drove him insane, committing him to a life in Arkham Asylum.

Years later, Alexander Luthor, Jr. of the fallen Earth-3 recruited Psycho-Pirate once more for his Infinite Crisis, where he helped capture other survivors of the multiverse to recreate the Infinite Earths in his own image. Freed from imprisonment by the Titans, Black Adam – who, like the rest of the Marvel family, originally hailed from Earth-S – took vengeance on his captor by brutally slaying Psycho-Pirate, pushing his Medusa Mask into his skull.

After proving a formidable resurrected Black Lantern in the BLACKEST NIGHT, Psycho-Pirate returned to life following FLASHPOINT -- with a new origin in which Brainiac granted him psionic powers. But following DC UNIVERSE: REBIRTH #1, Psycho-Pirate was returned to his original Post-CRISIS state as an inmate in Arkham — one whom the scheming Bane would exploit to systematically destroy the life of his hated enemy, Batman.