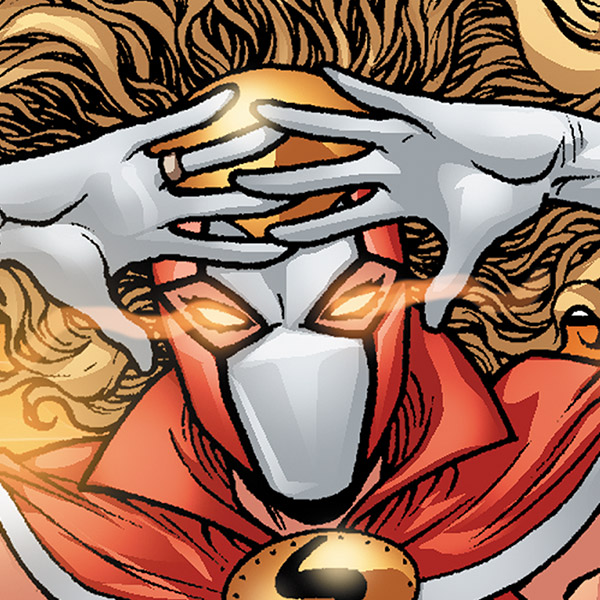 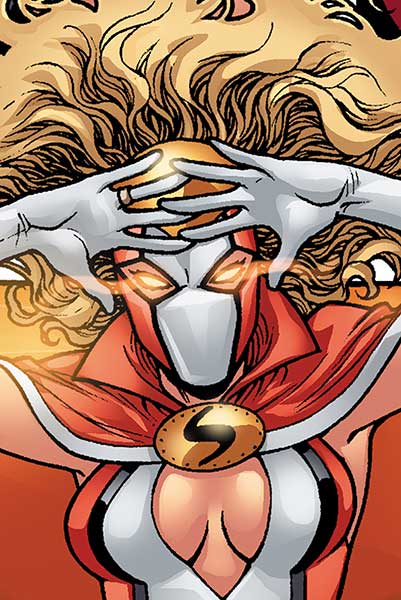 Princess Projecta, heir to the throne of Oranda, possesses the power to generate sensory illusions. She fights alongside the Legion of the Super-Heroes.

Princess Projecta, heir to the throne of Oranda, possesses the power to generate sensory illusions. She fights alongside the Legion of the Super-Heroes.

Team Affiliation: The Legion of Super-Heroes

The only member of the 31st century’s Legion of Super-Heroes who is actual royalty, Princess Projectra (nicknamed “Jeckie”) was a member of the ruling family of "homo magi" on the medieval planet Orando. Projectra was born with the magical ability to generate powerful illusions which affect all five senses. She joined the Legion along with martial artist Val Armorr, known as Karate Kid. The two fell in love and were eventually married, and became Legion reserve members. When Projectra's father died, she took the throne as the Queen of Orando. Eventually, the Legion of Super-Villains invaded her home world, and the evil Nemesis Kid killed her husband. In retaliation, Projectra killed him. She henceforth resigned from the Legion.

Sometime later, Projectra rejoined the Legion in disguise, using the name Sensor Girl. Her illusion powers were now enhanced, and she possessed the power to block her opponents' senses and disorient them. Her true identity as Projectra was ultimately revealed, and she was allowed to remain on the team despite her past transgressions. She even became the Legion's leader for a time. The Earth-247 analogue of Projectra was a snake-like alien being named Sensor. The more familiar-looking Projectra of Earth-Prime was a financial supporter of the Legion, whose hereditary powers emerged when her home planet, Orando, was destroyed.