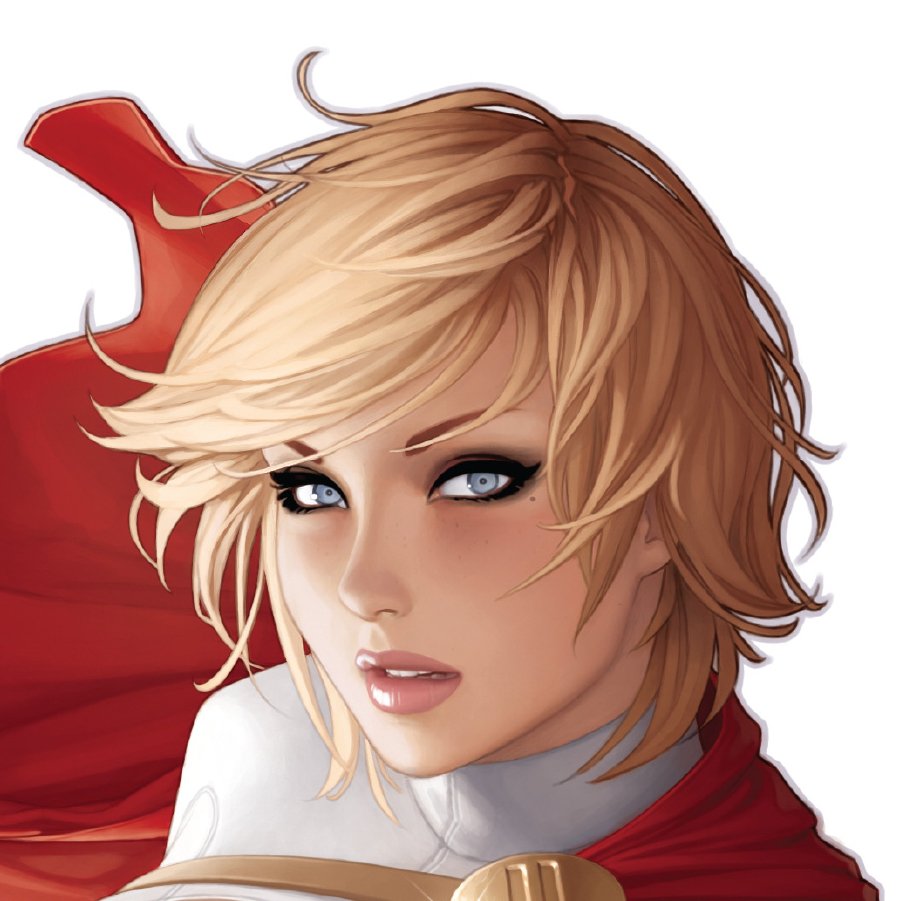 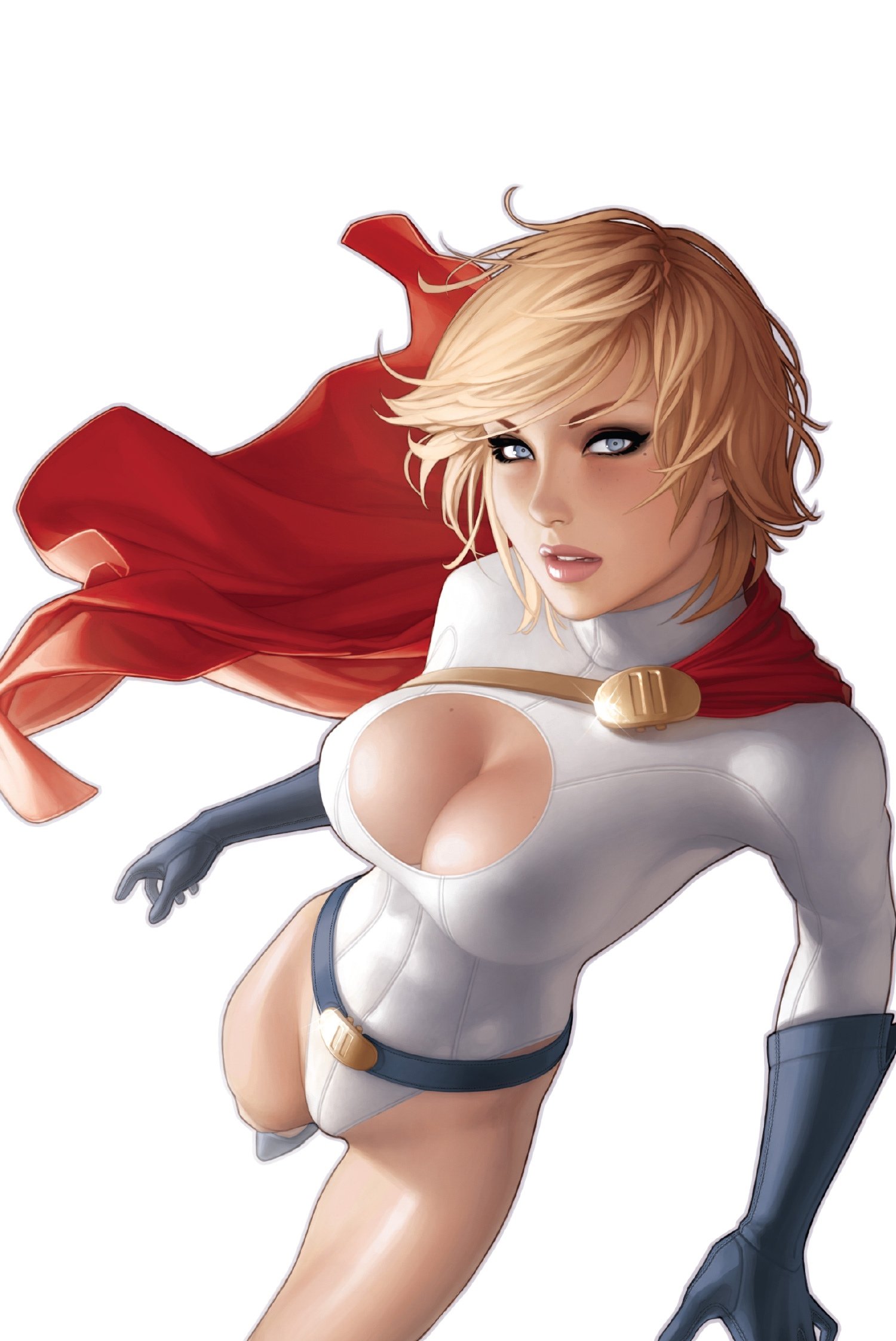 Whether the cousin of the original Superman himself or the protege of Deathstroke, Power Girl packs a punch without peer. 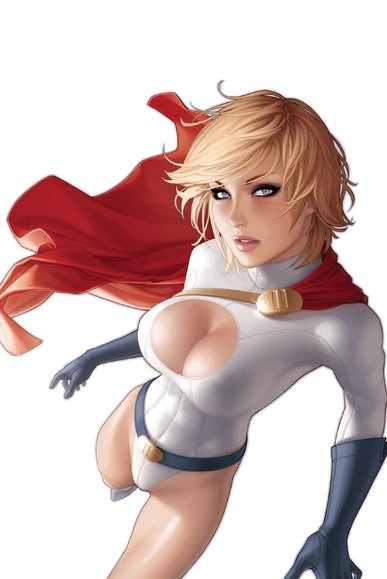 Whether the cousin of the original Superman himself or the protege of Deathstroke, Power Girl packs a punch without peer.

The family tree of the House of El is a complicated thing in its own right, but it becomes even more so when the Multiverse is involved. Kara Zor-L is the cousin of Superman. But this version of Kara is actually the Supergirl from Earth-Two, making her biologically identical to the Supergirl we know and love, yet completely different.

Kara became stranded on Earth-Prime after the Crisis on Infinite Earths. There was already an active Kara Zor-El on this Earth, but Earth-Two’s Kara went by the code name Power Girl, and the civilian name Karen, to conceal her identity and prevent confusion. Karen's different life experiences gave her a much different outlook than her doppelgänger, and a unique fighting style to match. 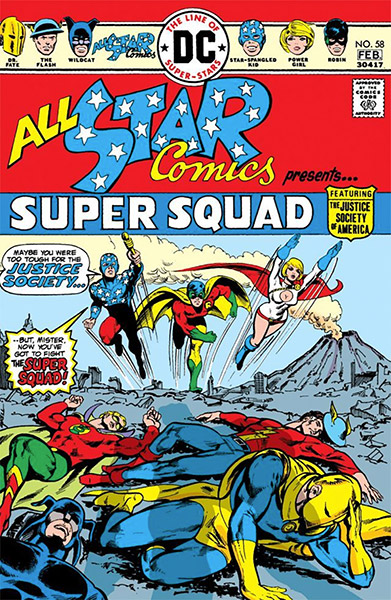 Kara Zor-L was only a child when her home planet of Krypton was doomed to destruction. Desperately, her parents sent her in an escape pod—like that of her infant cousin, Kal-L—into space, headed toward a new world, just moments before the planet exploded. Unfortunately, however, Kara's escape pod didn't land on Earth-Two until nearly twenty years after her cousin's.

After she arrived on Earth-Two, her cousin and his wife, Lois, raised her and assisted in her acclimation to Earth's culture and customs. Years later, she adopted the civilian identity Karen Starr and made her debut as Power Girl, working as a DC Super Hero alongside the Justice Society and her cousin.

Many years later, following 1985’s Crisis on Infinite Earths, which collapsed the Multiverse and destroyed Earth-Two, Karen was left stranded on Earth-Prime, where her Earth-Prime counterpart, Kara Zor-El, already existed, fighting for justice under the name Supergirl.

Karen has powers and abilities similar to those of her cousin Superman. She is nearly invulnerable, with super-strength, x-ray and heat vision, super-breath and super-speed. Karen is also vulnerable to various forms of Kryptonite.

Tanya Spears, the second Power Girl, is a metahuman with genius-level intellect, enhanced strength, invulnerability, flight powers and the ability to manipulate her physical size. 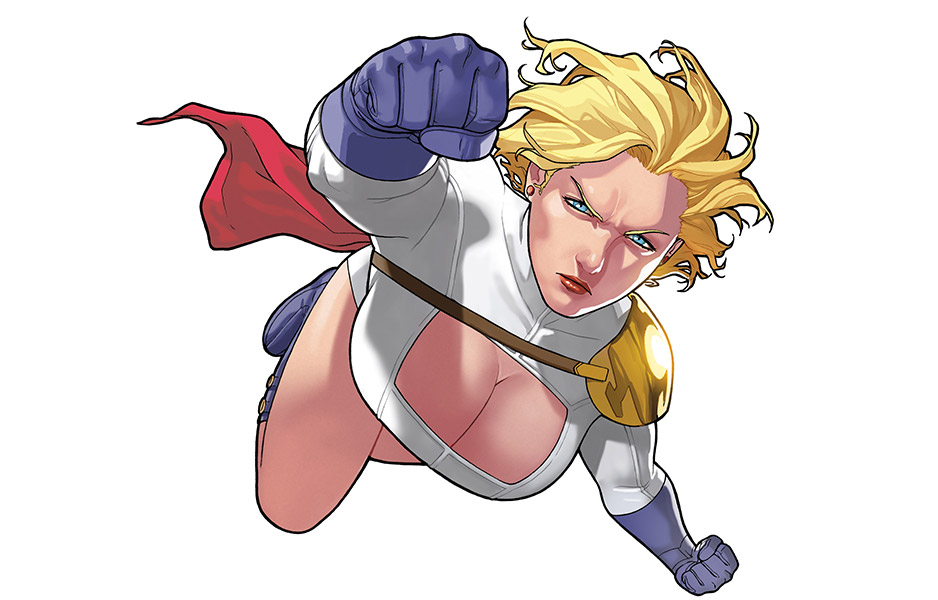 Power Girl was originally a member of the Superman Family on Earth-Two, and a member of Earth-Two’s Justice Society of America.

During this time, she became close friends with Helena Wayne, the daughter of Earth-Two’s Batman and Catwoman, and became an accomplished engineer and scientist. Together, Karen and Helena became founding members of Infinity, Inc., the Earth-Two DC Super Hero team. 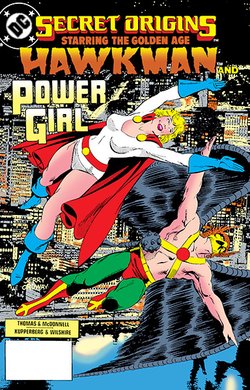 Following 1985’s CRISIS ON INFINITE EARTHS, Earth-Two was destroyed in the collapse of the Multiverse. As a result, Karen's backstory and origin were radically changed. SECRET ORIGINS #11 (1987) established the post-Crisis Power Girl as a magic-based character, the granddaughter of a sorcerer from Atlantis named Arion.

During this time, she became a member of Justice League Europe and even went on to help the Birds of Prey. But Karen found that she and team leader Barbara Gordon differed in their approach to crime-fighting, which prevented them from working effectively together in the field.

Karen's origin was changed yet again in the 2005-2006 Infinite Crisis event, in which it was revealed that her Atlantean backstory was actually a false memory erected in order to hide her knowledge of Earth-Two. When her true memories returned, Karen was able to help stop Alexander Luthor’s plot to revive the Multiverse.

One year after Infinite Crisis, Karen went on to help reestablish the Justice Society of America.

In 2009, Karen’s solo series POWER GIRL debuted, establishing her as a hero working alone in New York City—until the events of 2011’s Flashpoint again reset the continuity of the DC Universe. 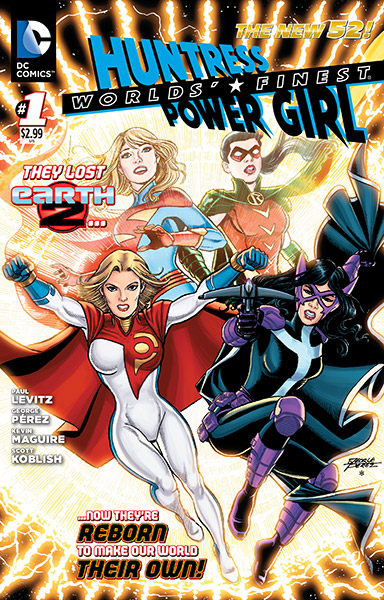 Following the Flashpoint, Karen's Earth-Two origin remained, and her close friendship with Earth-Two’s Helena Wayne reemerged. It was revealed that both Karen and Helena had been residents of Earth-Two pulled to Earth-Prime through an interdimensional vortex after an invasion from Apokolips caused massive destruction on their Earth. Stranded, she and Helena became Earth-Prime's WORLDS’ FINEST (2012) and worked to defend their adoptive home world as best they could.

During this time, Karen and Helena began Starr Enterprises. They tried using the company’s science and technology to create a way to get home to their own Earth. At Starr, Karen met Tanya Spears, a promising young genius with whom she became close friends. After one experiment proved successful in transporting Karen and Helena back to their homeworld, Tanya began displaying metahuman abilities of her own (likely because of her proximity to the dimensional rift). She then took on the mantle of Power Girl.

As Power Girl, Tanya joined the Teen Titans, and worked alongside other teen Super Heroes like Robin, Beast Boy and Raven.

Tanya remained Power Girl after the continuity-altering events of 2016’s DC UNIVERSE: REBIRTH #1. She kept in contact with her Teen Titans teammates, but did not rejoin the team officially. Instead, she became a prominent part of Deathstroke's Defiance initiative, after the onetime villain decided to become a mentor for the next generation of heroes.