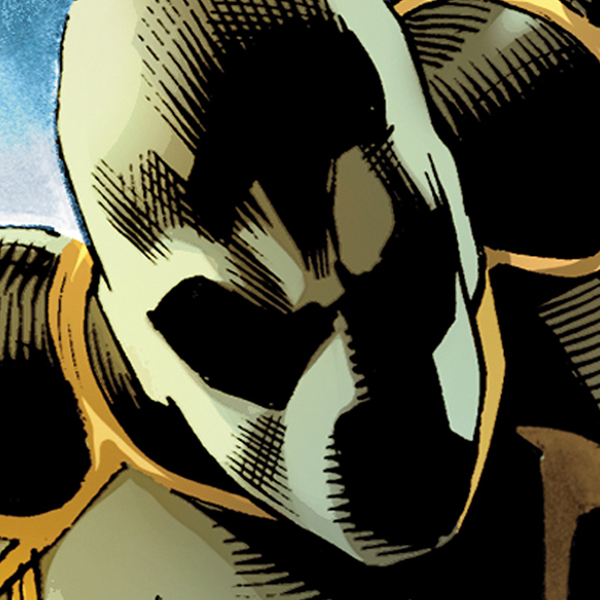 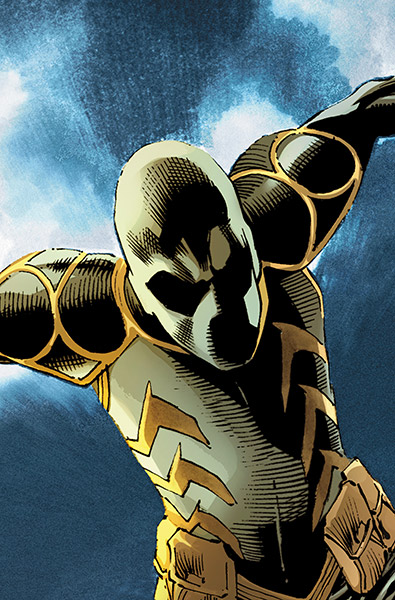 Trained from birth as the ultimate killing machine, Cassandra Cain found a new life as the fourth Batgirl and, eventually, Orphan, a cherished part of the Batman family.

Trained from birth as the ultimate killing machine, Cassandra Cain found a new life as the fourth Batgirl and, eventually, Orphan, a cherished part of the Batman family.

No one in the Batman Family had an easy childhood, but Cassandra Cain may have had the worst. Raised from infancy under the tyrannical and abusive thumb of her father, the world-class assassin David Cain, Cassandra was taught violence before she was taught anything else—even how to speak.

Cassandra was completely mute and unable to read; her ability to fight was her "first language."  Her father considered language and literacy a waste of memory and brain space for someone training to be the perfect weapon.

Despite her father's abuse, Cassandra understood the difference between good and evil. As she grew older, she realized what her father had done to her and escaped him, fleeing to Gotham City where her life would be forever changed for the better. After proving herself to Batman and his allies, she was taken under Bruce Wayne's wing and taught to use her unique skills to be a hero. 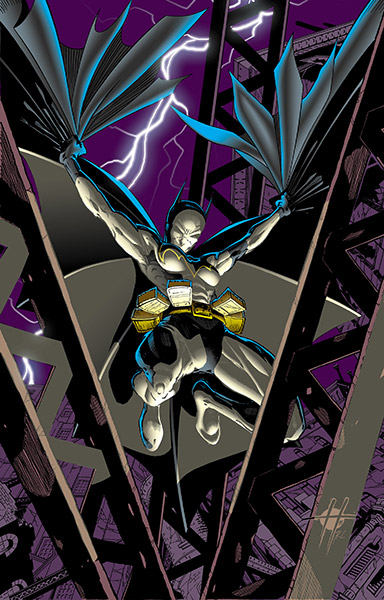 Raised in horrifying conditions by her father, David Cain, Cassandra became one of the deadliest fighters in the world—at the expense of her ability to speak or read. Instead, she was taught to read movement and communicate through martial arts. Yet despite David's best efforts to transform his daughter from human to weapon, he was not able to crush Cassandra's innate empathy and compassion. So, when he forced her to commit murder as a test of her abilities, she realized what she had done and fled.

Seeking to hide from her father, Cassandra ran to Gotham City immediately after it had been declared a No Man's Land by the government and cut off from the outside world. She infiltrated the city limits and began working as a force for order amid the chaos—something that quickly gained the attention of Oracle (Barbara Gordon), who’d been monitoring the city's upsurge in gang activity from her base, the Clock Tower.

Looking for more operatives she could trust, Barbara took Cassandra in and eventually passed the Batgirl mantle on to her. Once the No Man's Land sanctions had been lifted, Cassandra became a member of the Batman Family.

Cassandra's body and mind were optimized for physical combat from the day she was born. She has limited speech and reading skills, but instead is able to interpret even the smallest movements as though they're telegraphing her opponent's every intention, making her one of the most formidable hand-to-hand fighters in the DC Universe.

In addition to her martial arts training, Cassandra has been trained to use equipment and weapons developed specifically for the Batman Family 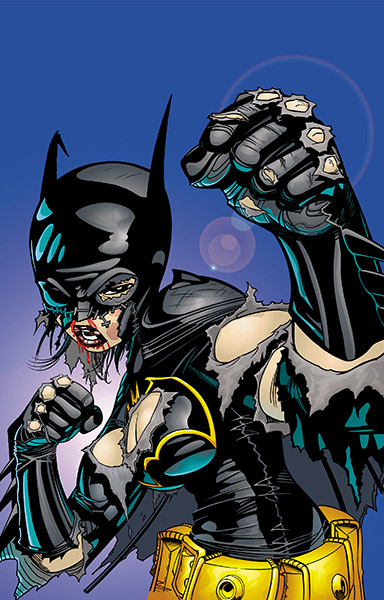 During 1999’s No Man's Land event, Cassandra Cain was given the mantle of Batgirl by Barbara Gordon (then acting as Oracle after her paralysis by the Joker). As the new Batgirl, Cassandra was brought into the fold of the Batman Family and taught to work as a superhero on a team under the supervision of Batman and Oracle. Under Barbara's care, and with some telepathic doctoring, Cassandra's brain was made capable of understanding and producing speech, though her communication skills remained limited at best.

After she proved herself by fighting a metahuman, Batman allowed Cassandra to face off against some of the more prominent Super-Villains in Gotham City.

Over time, Cassandra's past surfaced, as her father worked to track her down. David attempted to destroy Cassandra's relationship with Batman by sending him footage of her as a child, killing a man. But the plan backfired and made Batman even more certain he’d made the right choice in helping to rehabilitate her. Eventually, Cassandra learned her mother was Lady Shiva, one of the deadliest assassins in the world. Shiva herself came to Gotham to offer her daughter further training, under one stipulation: twelve months later, Shiva and Cassandra would fight to the death.

When the day came, Cassandra won, becoming one of the only fighters to beat Lady Shiva in combat. But she spared her mother's life, prompting Lady Shiva to swear vengeance on her daughter the next time they met (BATGIRL #25, 2002).

One year after 2006’s Infinite Crisis, Cassandra was revealed to have abandoned her alter ego as Batgirl to work as a Super-Villain and leader of the League of Assassins. Distraught, confused and betrayed by her apparent change of heart, Tim Drake made an attempt to free her from the League's control, only to find himself engaged in a fight to the death with Cassandra. 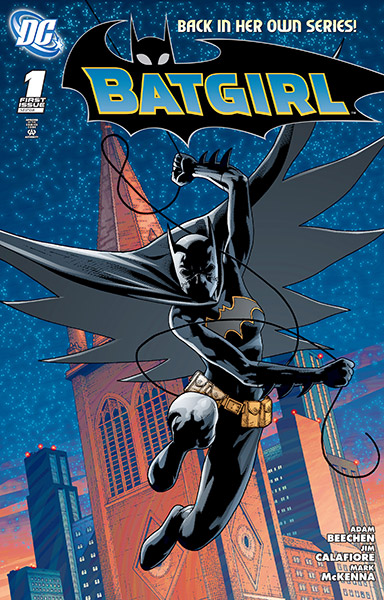 In her new villainous alter ego, Cassandra joined the Titans East under the leadership of Deathstroke, where she faced off against Tim during an attack on the Teen Titans. It was eventually determined that Cassandra's turn toward evil was the result of Deathstroke’s manipulation.

Once free of Deathstroke's mind control, Cassandra felt lost and disillusioned with her path in life. She resolved to hunt down both Deathstroke and her father to make them pay for what they’d done to her. But in doing so she found herself at odds with the rest of the Batman Family (BATGIRL vol. 2, 2008). Bruce was able to dissuade her, and officially adopted Cassandra as his daughter shortly thereafter. She began working as Batgirl alongside Batman and the Outsiders until Bruce's apparent death in 2008’s Final Crisis.

With the Outsiders leaderless and Batman gone, Cassandra sought to reinvent herself. She passed the mantle of Batgirl down to Stephanie Brown and—following Bruce Wayne's return —joined Batman, Inc. in an all new alter ego: Black Bat. With Batman, Inc., Cassandra acted as a Super Hero internationally, basing herself in Hong Kong.

Following 2011’s Flashpoint, Cassandra was given an all-new origin and alter ego. Her father, David, was reinvented as a vigilante named Orphan, who worked under a Super-Villain and cultist named Mother, intent on building the perfect child soldiers. David, however, sought to impress Mother and secretly hid Cassandra away, where he taught her to "read" bodies in motion like open books, but never to speak or communicate. Under David's training, Cassandra became a relentlessly efficient fighting machine. When it came time to reveal her to Mother, David did not receive the praise he believed he deserved. Instead, Mother rejected Cassandra as an abomination and punished David for his insolence in going behind her back.

David later sacrificed himself to kill Mother and end her abusive regime. Cassandra came to understand the horror of what had been done to her and turned toward the Batman Family for redemption. She took the code name Orphan after her late father (BATMAN & ROBIN: ETERNAL, 2016). 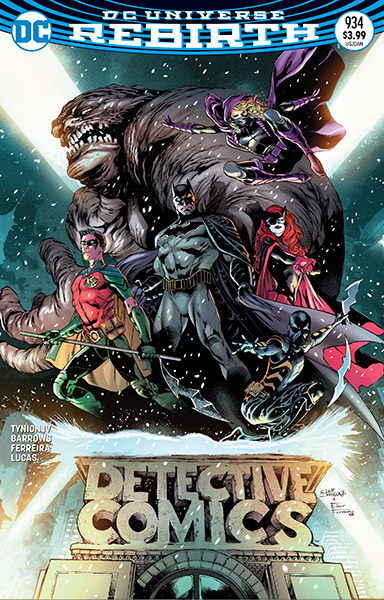